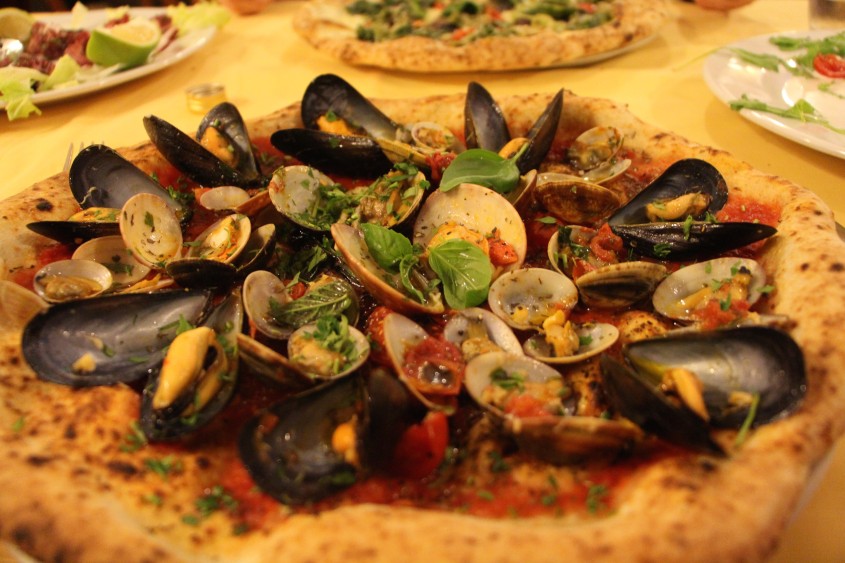 we all know italy has some of the best food on earth,
and we learned firsthand that naples is a major part of that.

each region of italy is known for certain food items… for example:
parma boasts parmesan cheese, tuscany produces olive oil, pesto comes
from genoa, bologna from bologna, and coming from naples – pizza,
mozzarella di bufala, fried cheese, and so much more. the culinary tradition
in naples seemed even stronger than most areas. the people here believe in
food. they are proud of it, and they know that nowhere else in italy is
quite the same. all we can say is, bring your appetite to this city! 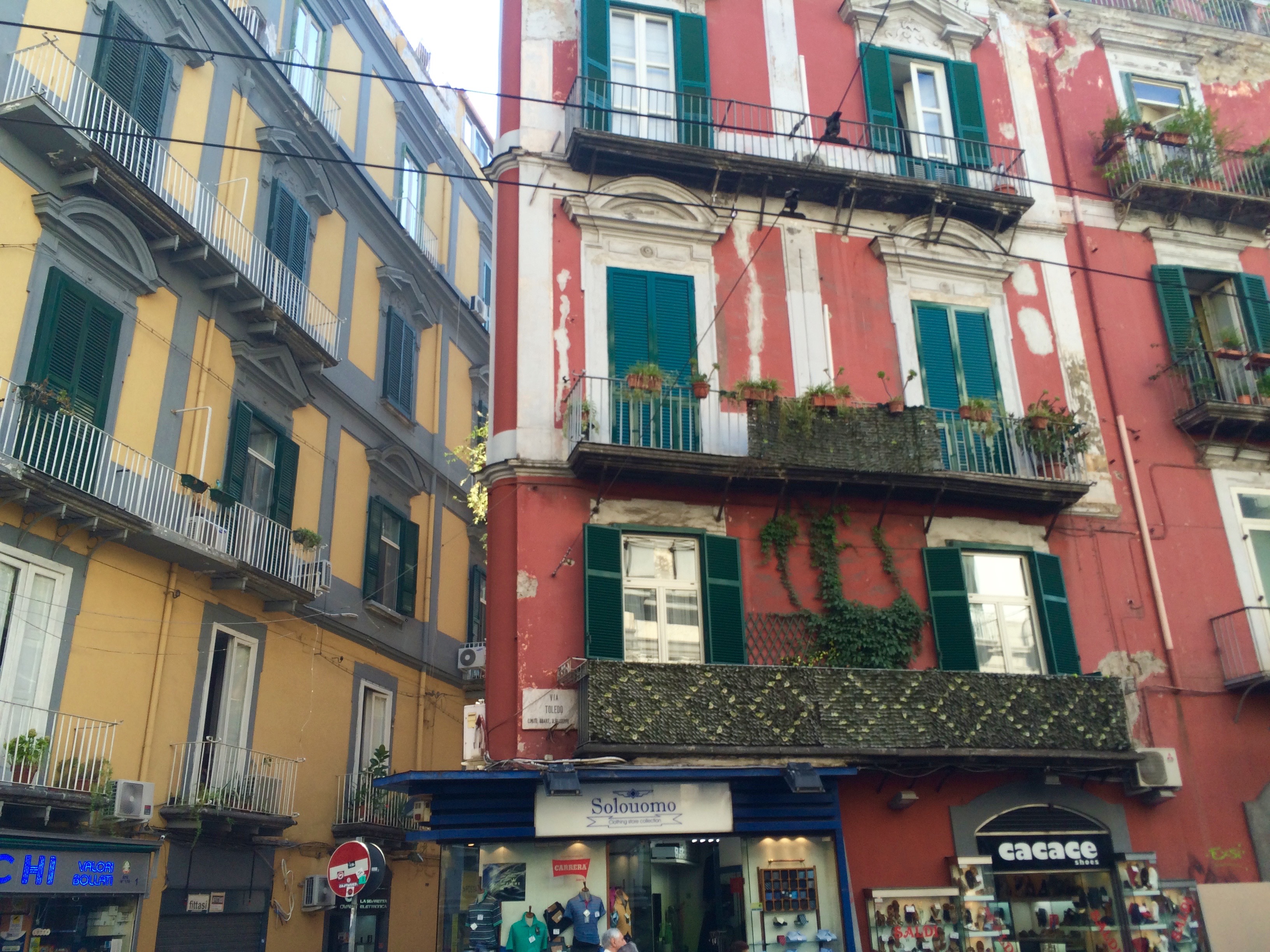 we had already eaten so much and so well here, but our last night we got a special
treat by eating at the historic & family-owned antica pizzeria port’alba. it’s
another of the original pizzerias in italy, founded as a restaurant in 1830.

though we loved da michele the most for the classic margherita pizza,
port’alba offers more variety in terms of pizza types and other traditional
neapolitan food. it’s an entire experience that gives a full sense of the cuisine. 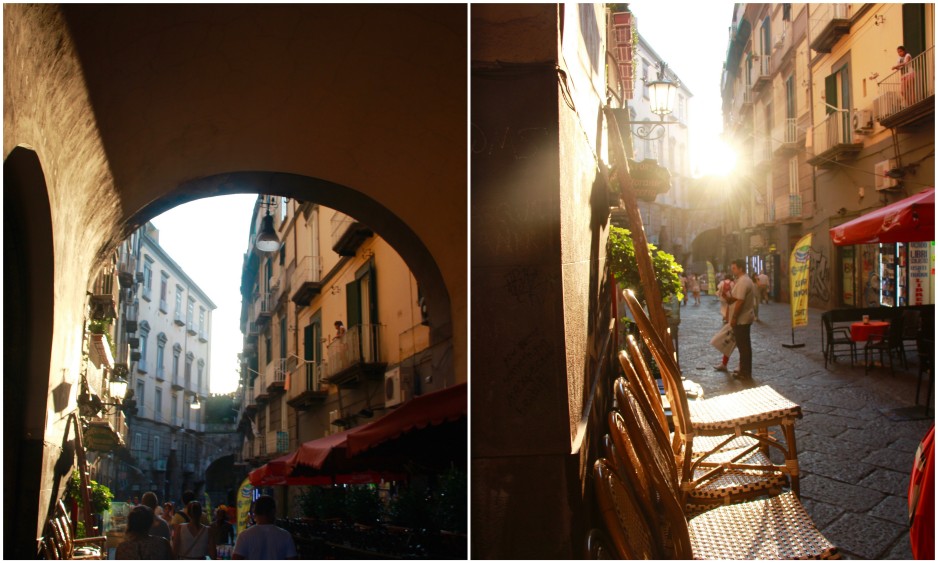 the neighborhood is one of the best parts of this neighborhood – you can wander
the literary section filled to the brim with bookstores, and the san gregorio armeno
miniature alley. after wandering around, it’s the perfect place to stop in for a bite. 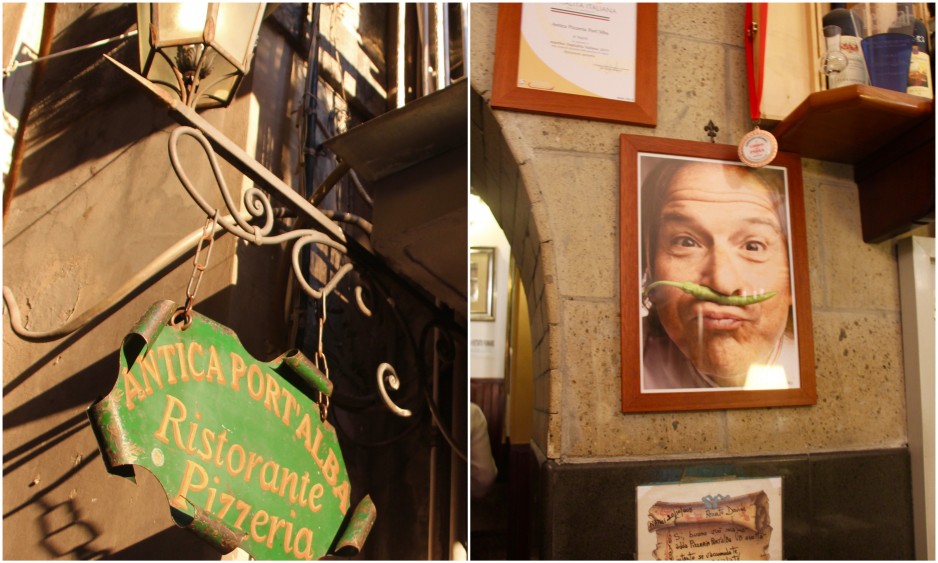 the current owner is gennaro luciano, who took it over from his father…
and has hopes that his own son will continue to run the place one day! 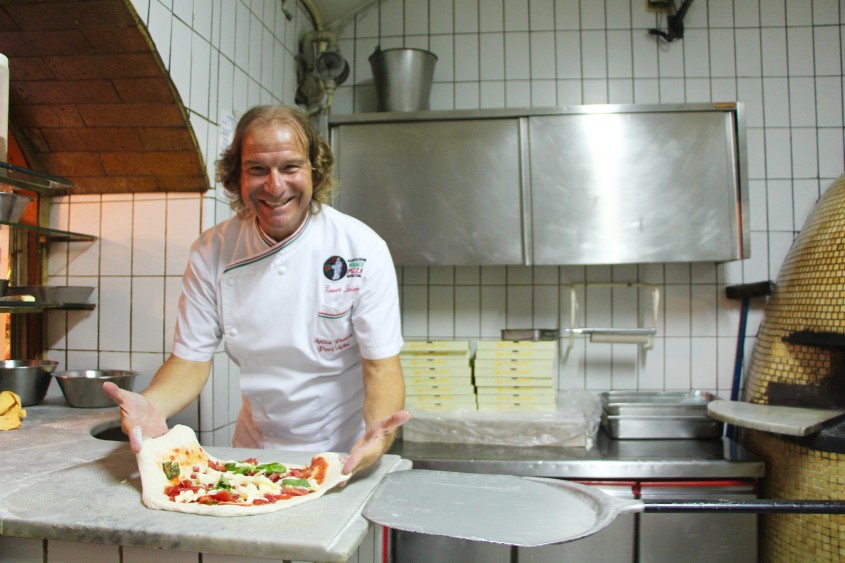 he is so full of life and has the biggest passion for food. you should hear
him talk about each dish! he spoke in the most animated way in gorgeous
italian, and his darling daughter translated for us. we had the best time. 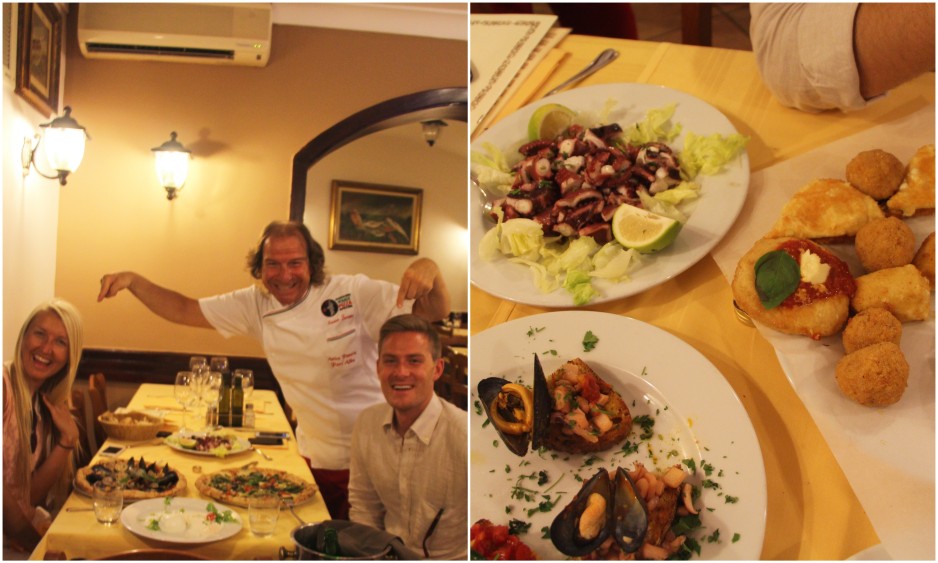 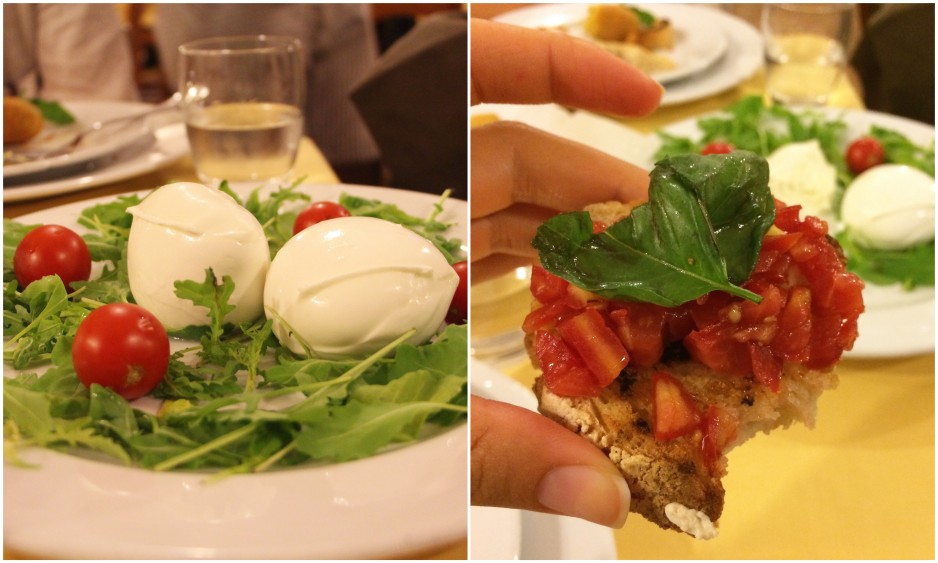 naples boasts mozzerella di bufala from right nearby, so it is the very
freshest and creamiest ever. don’t miss ordering the buffalo mozzarella
in naples … multiple times! also, always go for fresh bruschetta. 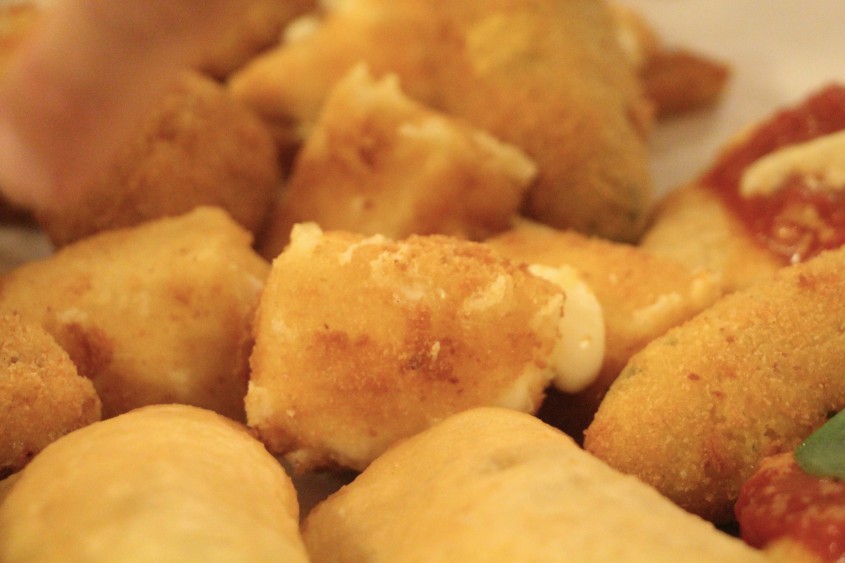 we started off with FRIED food – a staple in naples.
i’ve never thought of italian food being anything fried, but
in naples you’ll see it on every street corner. they love fried
dough, fried cheese, fried pasta balls, you name it! this appetizer
obviously filled us up quickly, but they lightly batter it and it’s all delicious. 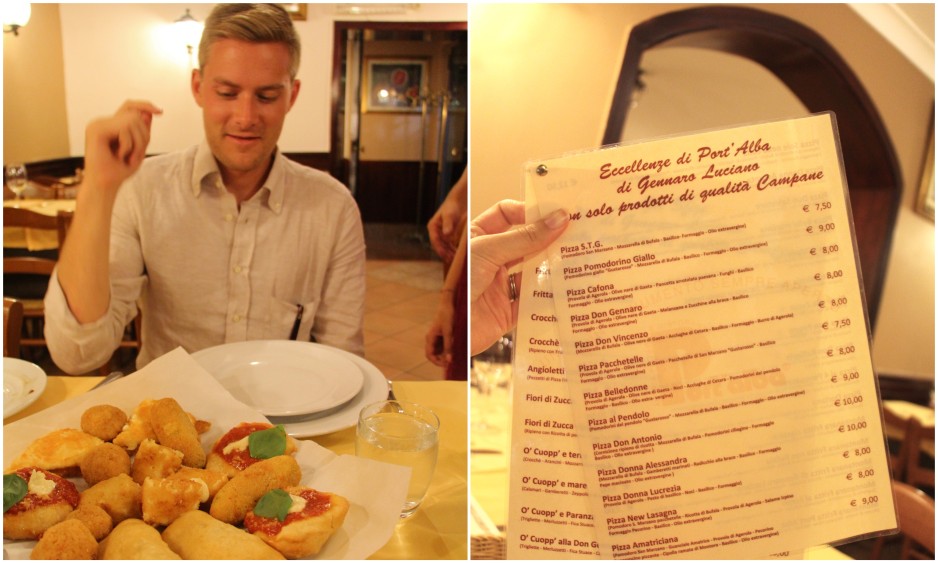 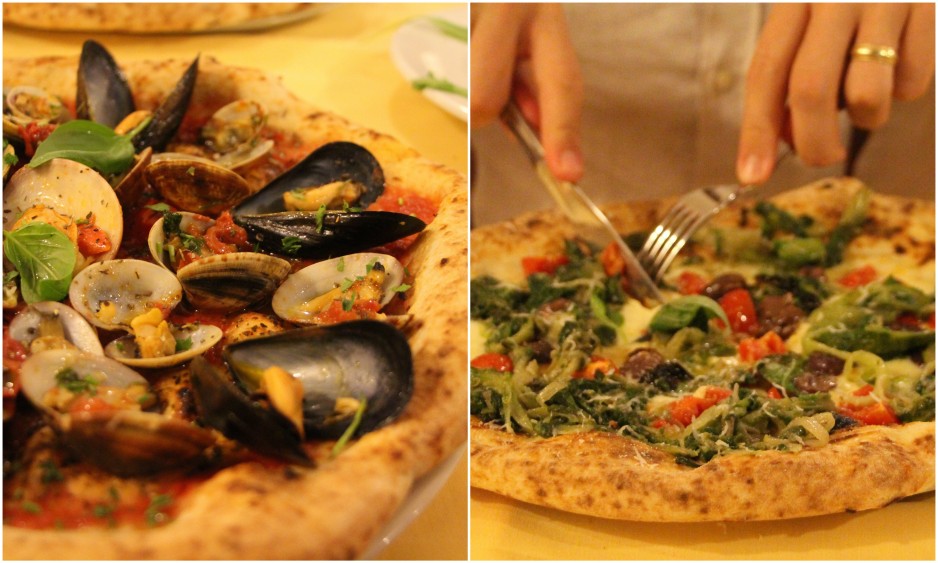 gennaro chose each dish and surprised us, so we definitely ventured
outside of our comfort zones with unique pizza flavors, and … 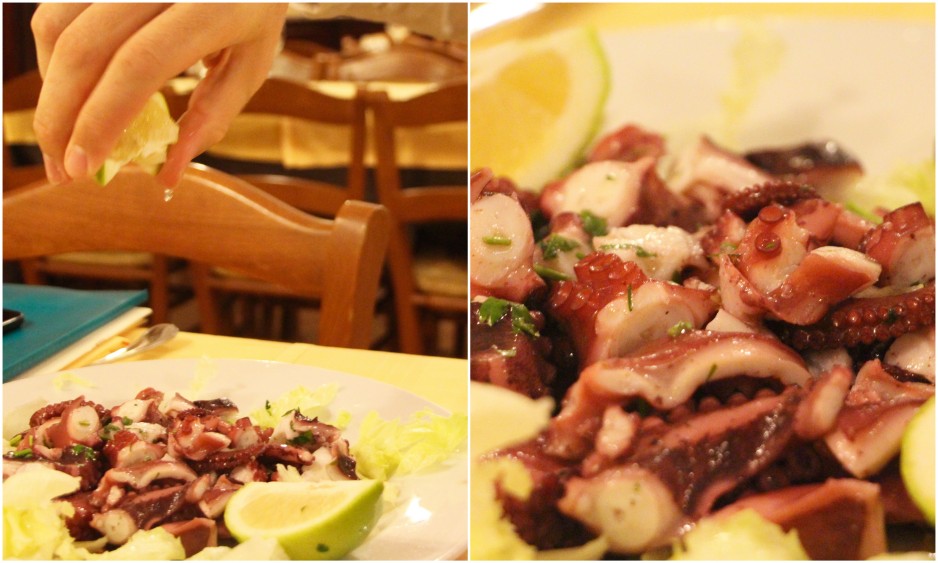 OCTOPUS. (chewy, but so tasty with that lime) 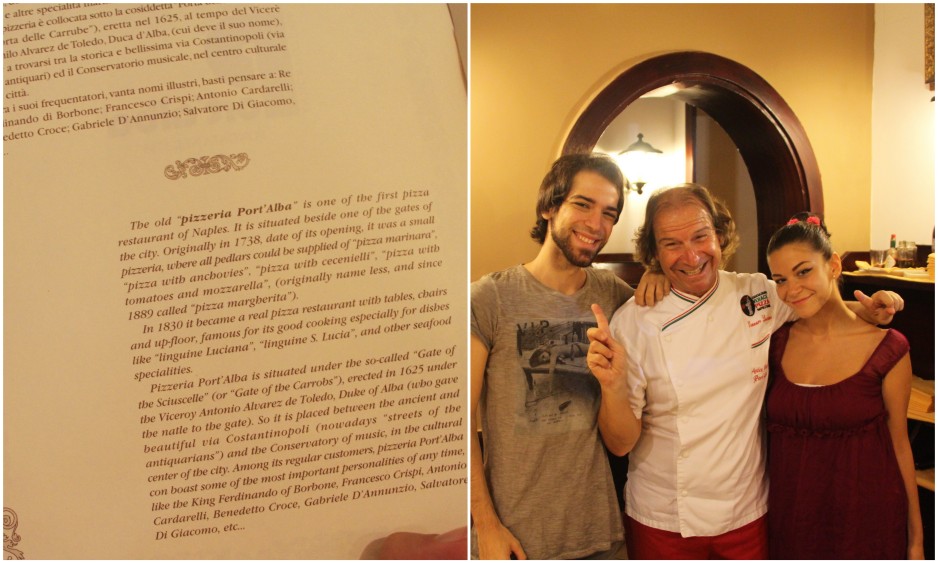 ^^ here’s a bit of the history on the menu, and the cute owner with his kids! 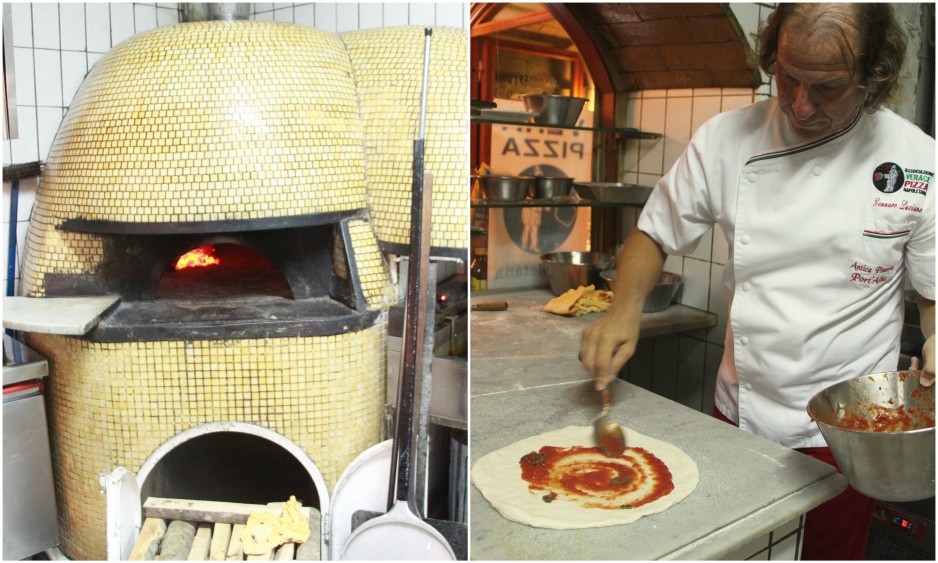 at the end of the meal gennaro invited us into the kitchen to see him
make a pizza in person – it was amazing, like watching magic happen
right in front of us. he was so good with that dough! also, the ovens here
have been lined with lava rocks from mount vesuvius itself (!!!) how cool is that? 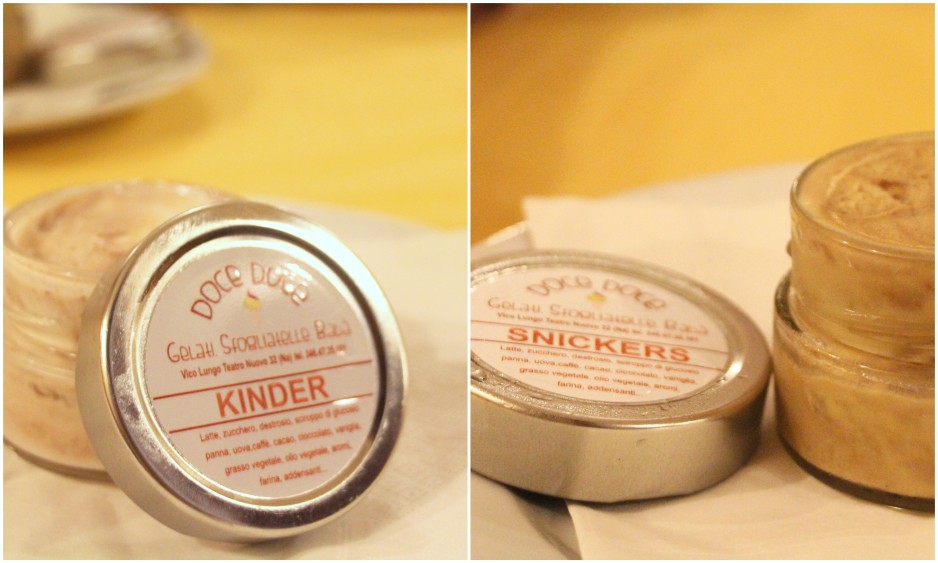 we ended our meal with the yummiest local gelato that is only
served at this restaurant, the the shop itself since the owners are
are friends! chase was so excited to see snickers on the menu, and
it really was the greatest thing ever. all meals should end with gelato. 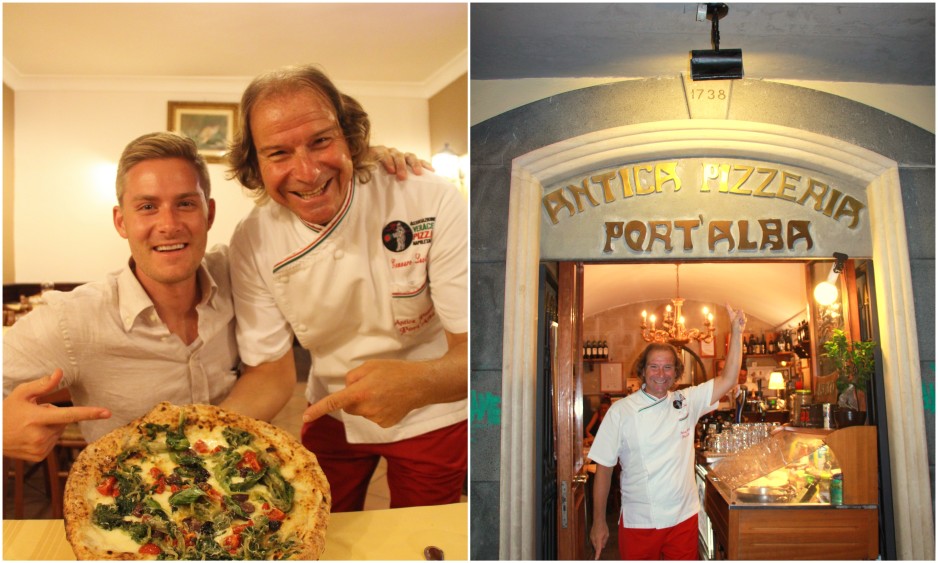 thank you gennaro and antica pizzeria port’alba for welcoming us
for a night of trying authentic neapolitan cuisine.