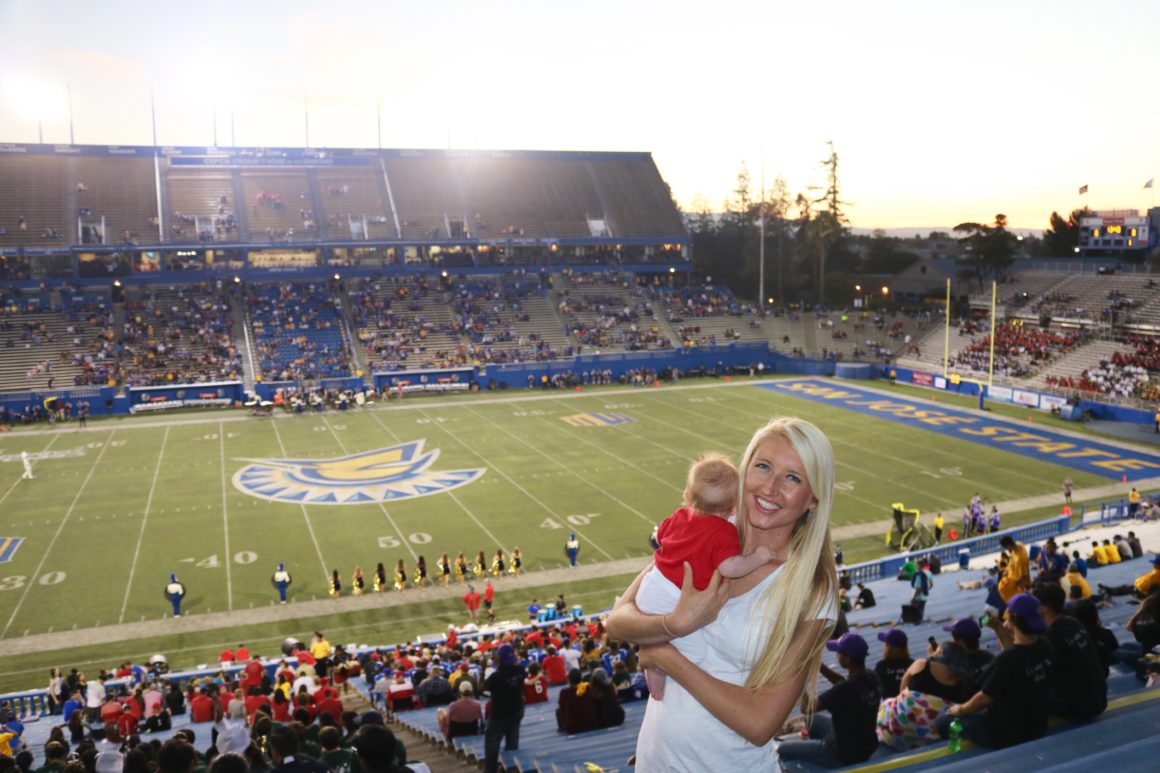 I knew that so much about having a baby would be fun, but
making our girl a little UTE fan has been one of the best parts
so far!!! We are die-hard Utah football fans after growing up
on it and both going to the U, so it’s only right that Reagan
joins our red family! (Although she was born at Stanford :)

Even though we don’t live in Utah, she’s already been to two
U games since they’ve played out here in the Bay twice this
season! We went to the SJSU and Cal games (one win, and
one heart-wrenching last-second loss)…and we’ve watched
all the rest. I can already see how much fun it must be to
introduce your kids to things that you LOVE. I’m sure
Reagan will get her fair share of traveling, dogs, sweet
potatoes, country music, Tom Hanks movies, summers
on Jackson Lake, chocolate soufflés, and all other things
I love, but for now we’re starting with a basic: the UTES! 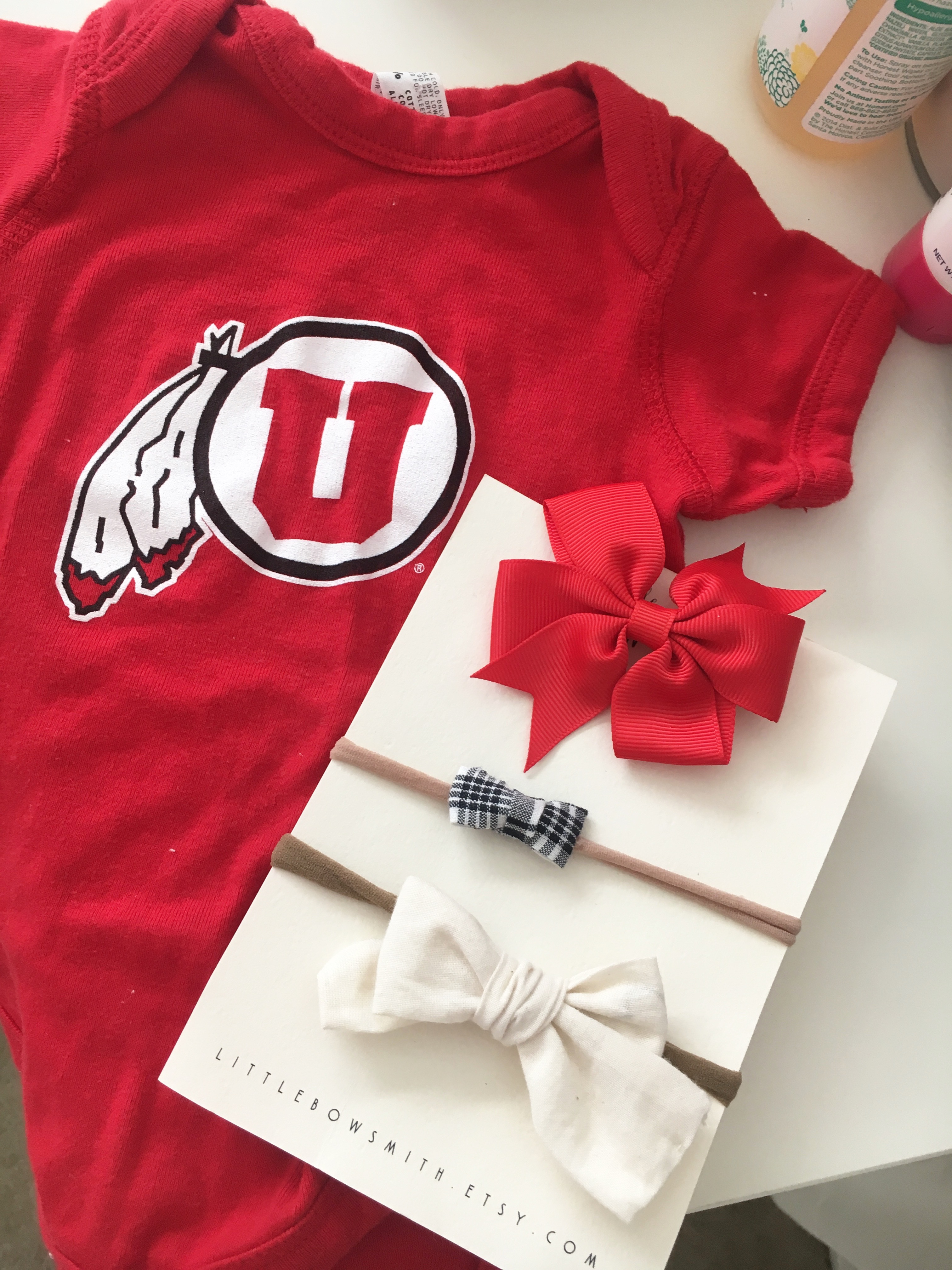 ^^ Her Ute gear is always laid out before game day :)
We may have slightly overspent on some Ute gear for
baby girl. Ute onesie, binkies, a dress … we couldn’t help it! 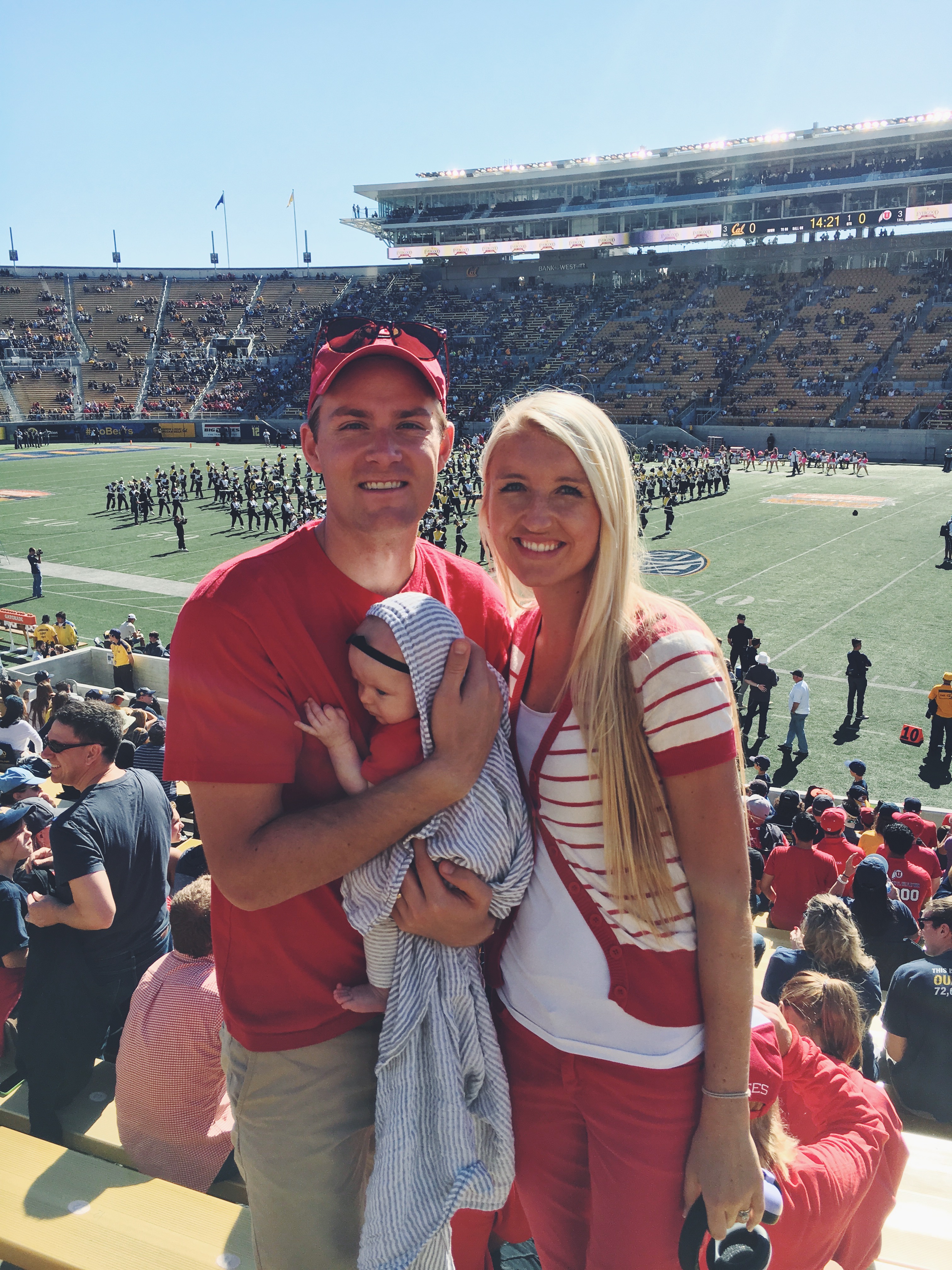 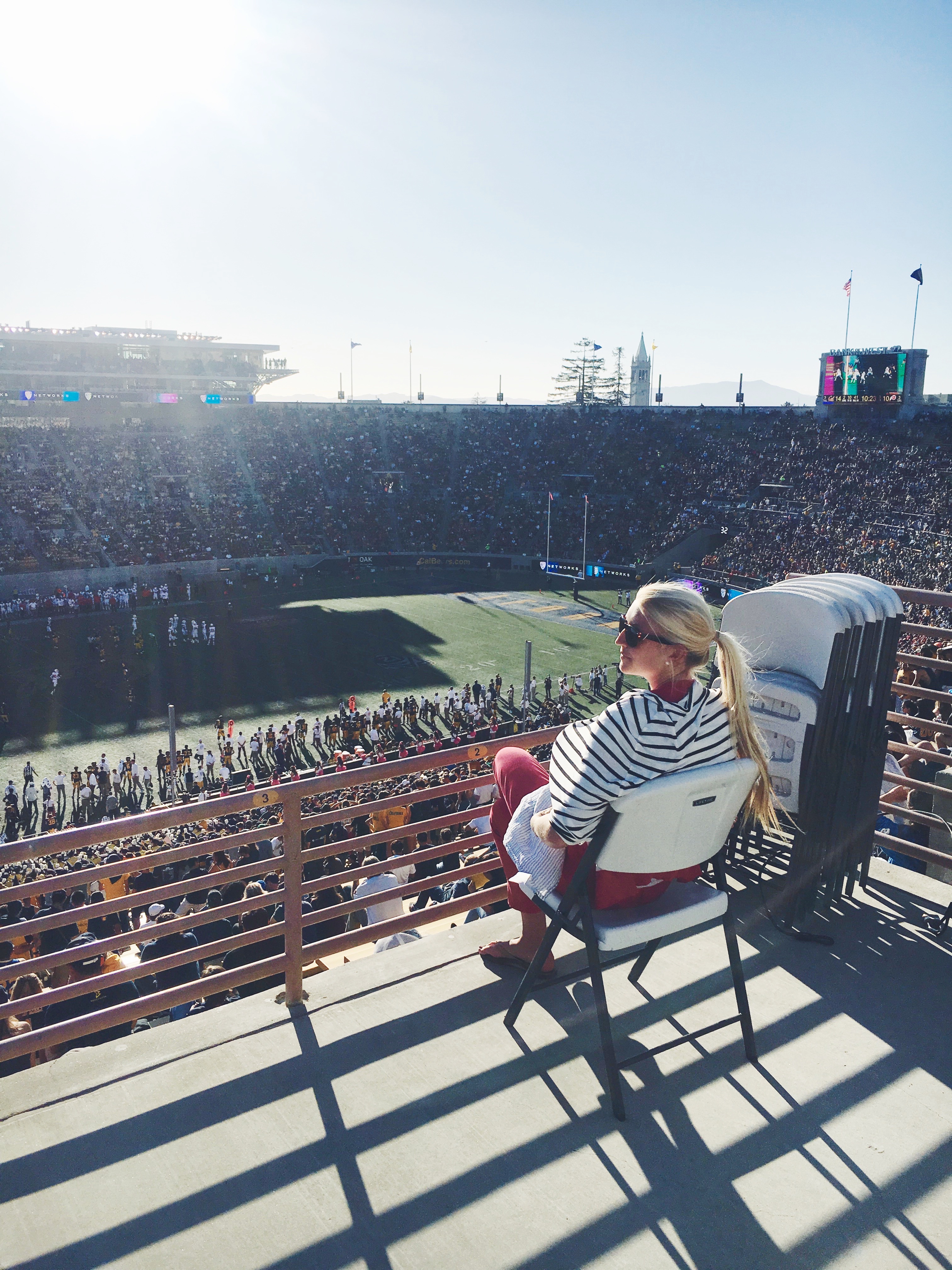 Baby R knows I can’t miss a minute of the game, so she happily
nursed at both of the games. I just had to be creative for where
and talked the usher into letting me sit in this section while nursing! 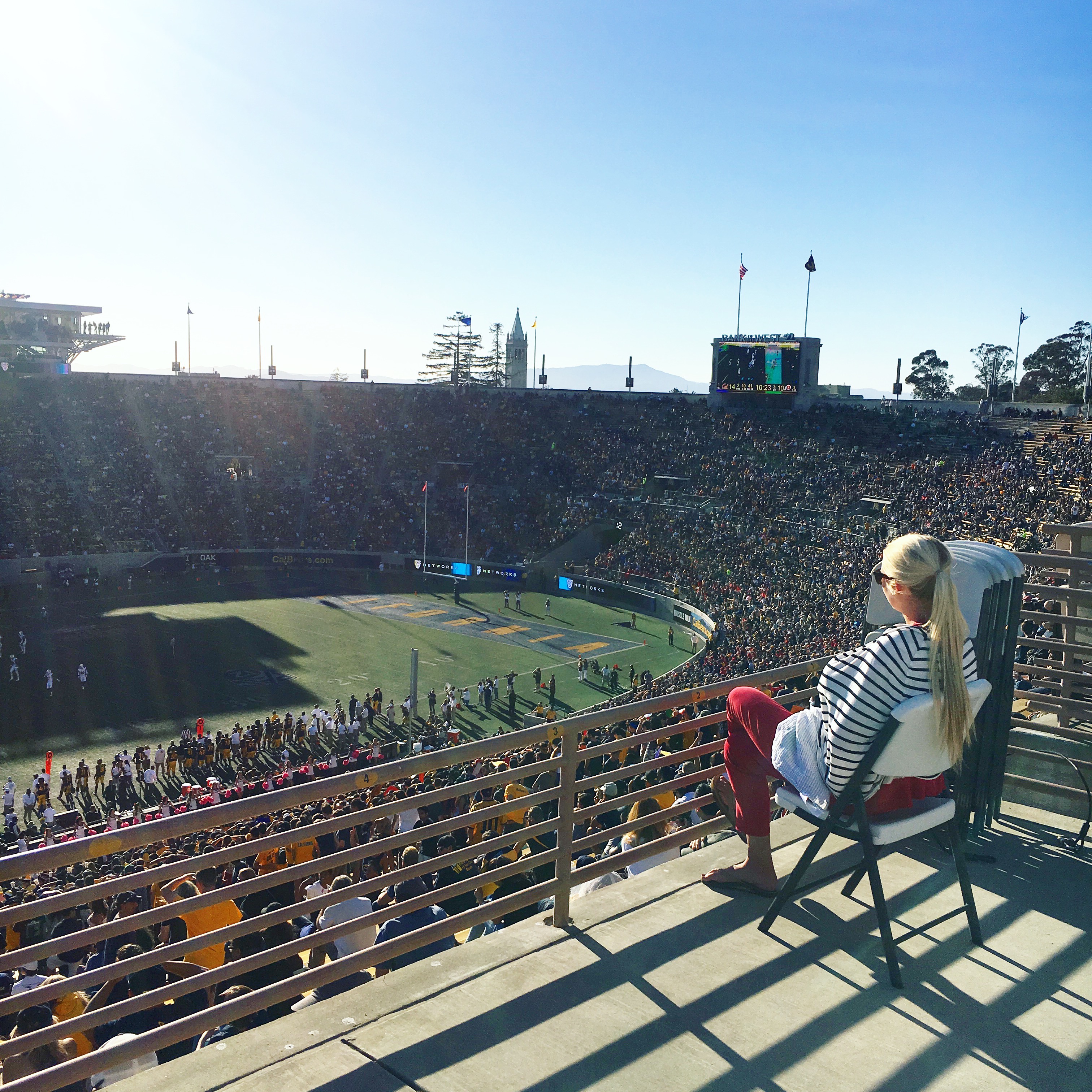 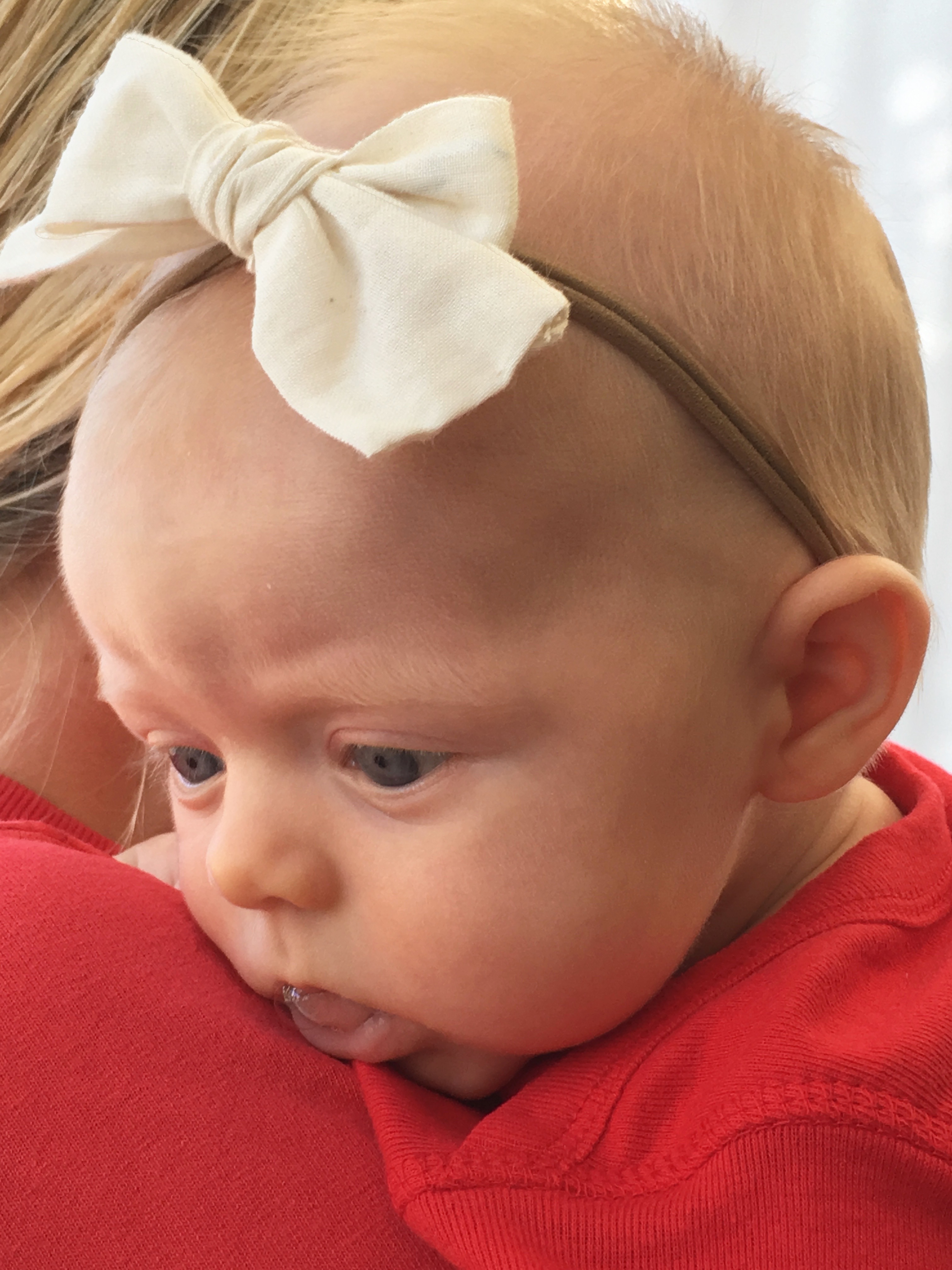 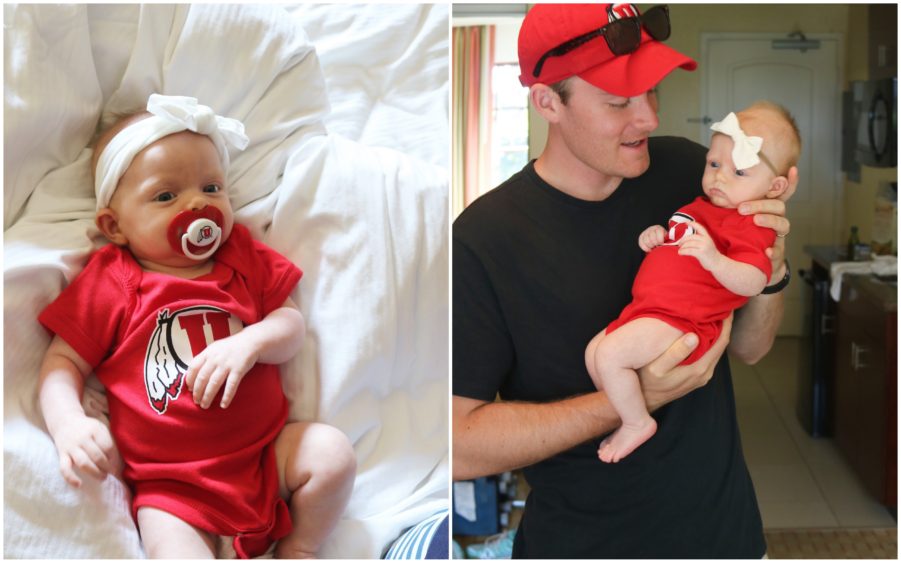 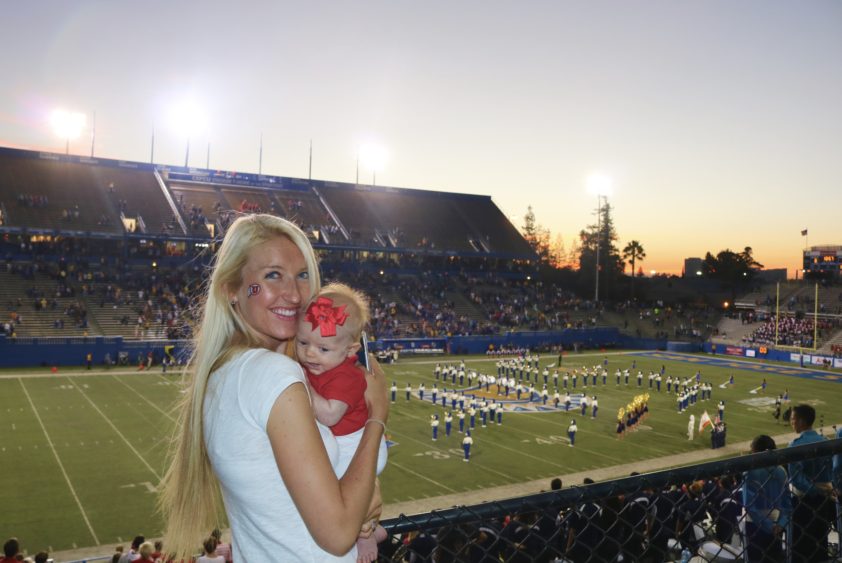 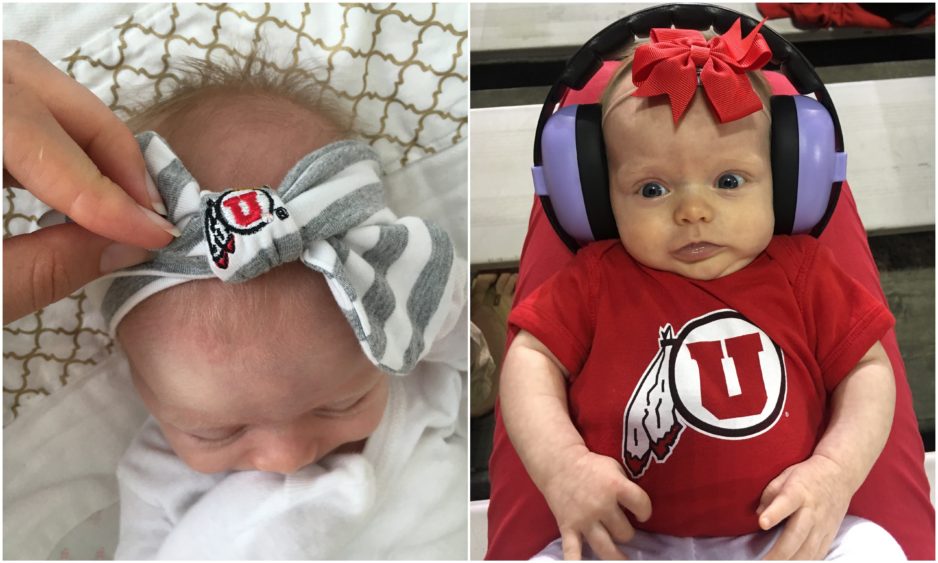 This little look on her face makes me laugh! She was
one month old at her first game, and at first there was
so much to take in that she wasn’t sure what to think! 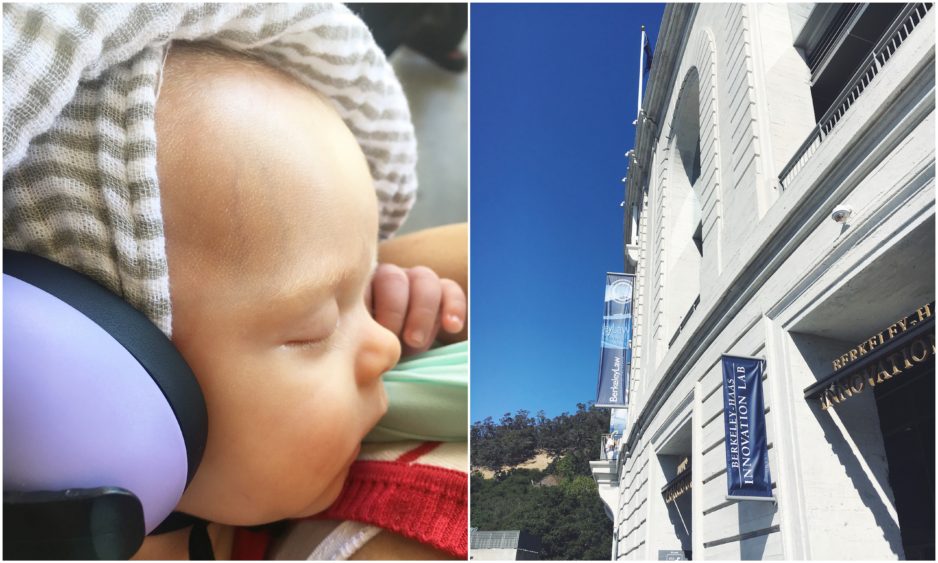 Asleep in her headphones at Cal Stadium ^^ 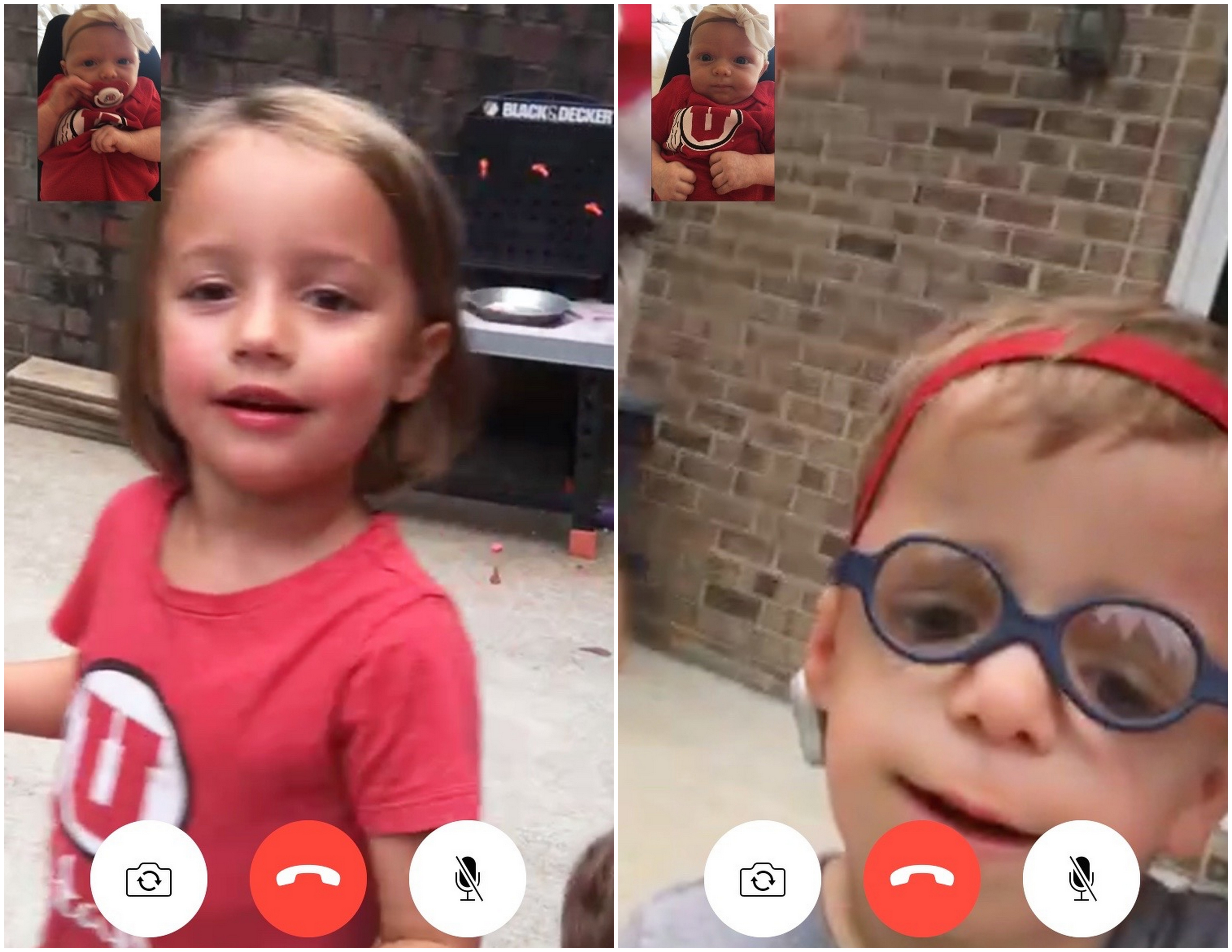 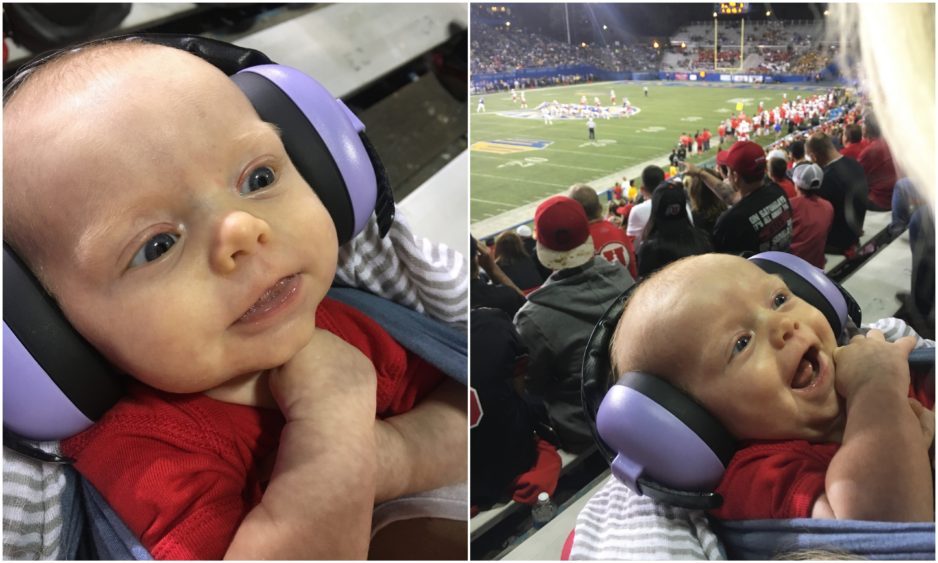 Happy girl staring up at me in the wrap ^^ 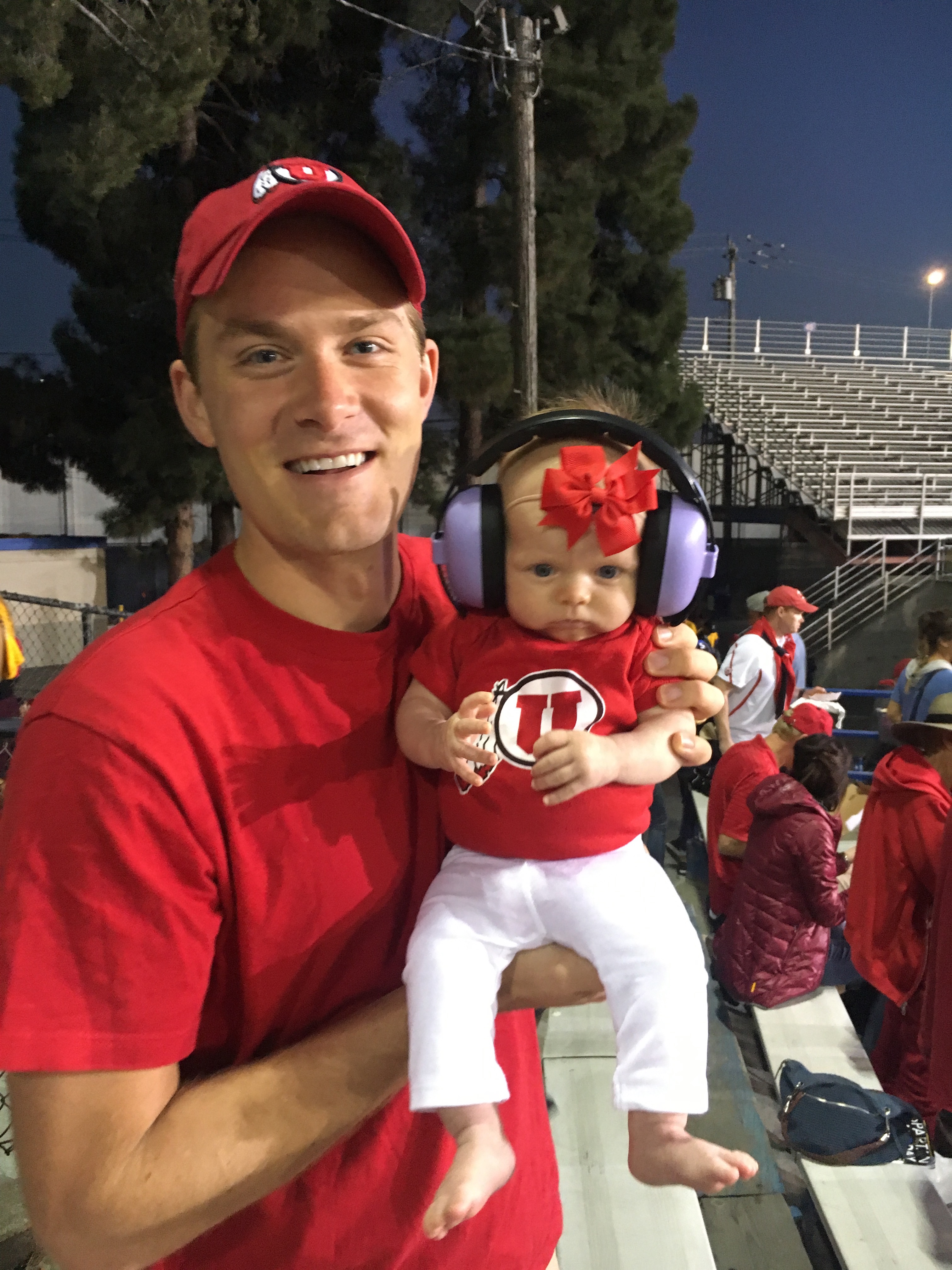 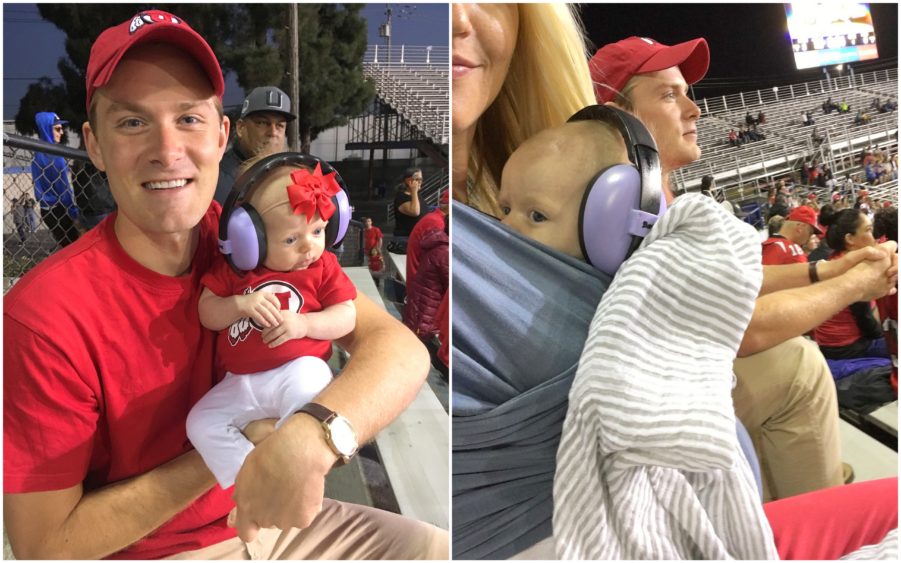 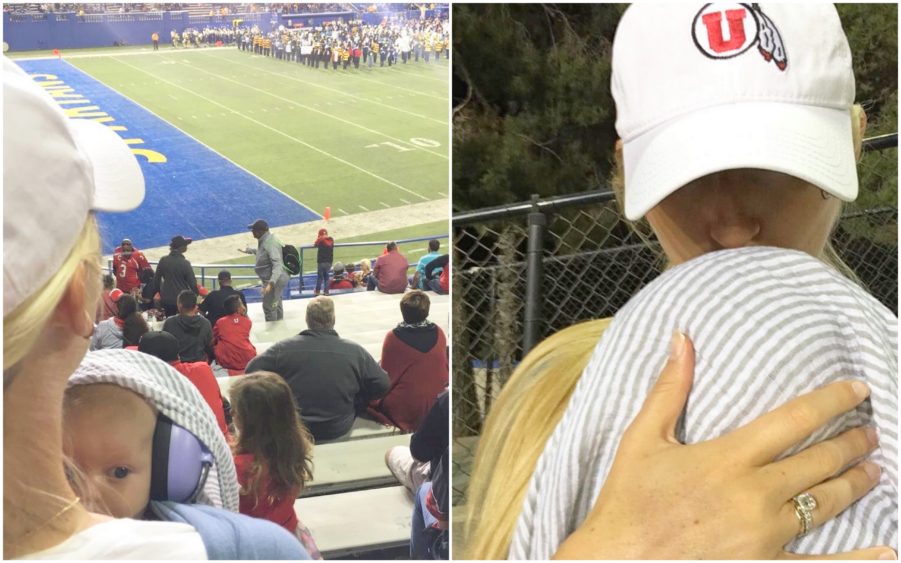 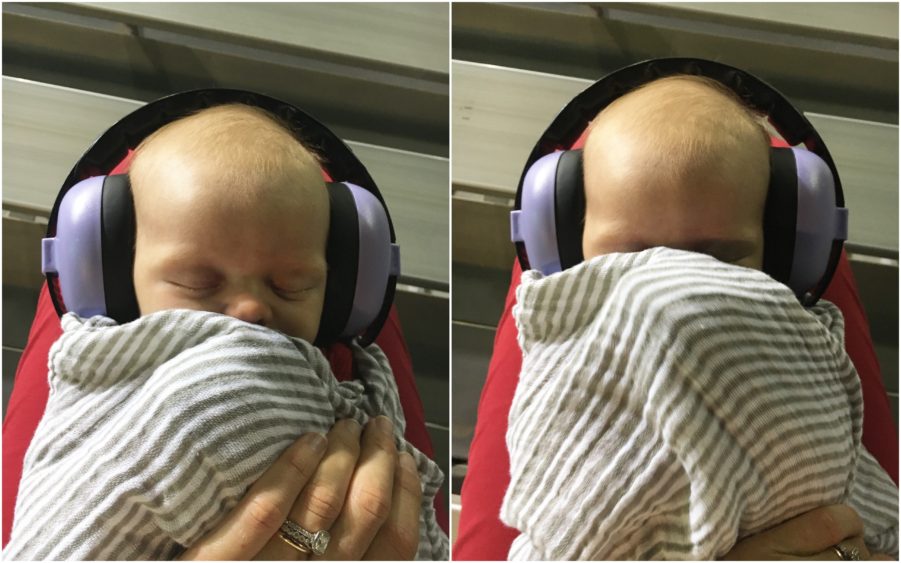 …but she finally gave in, and covered her eyes! ^^ 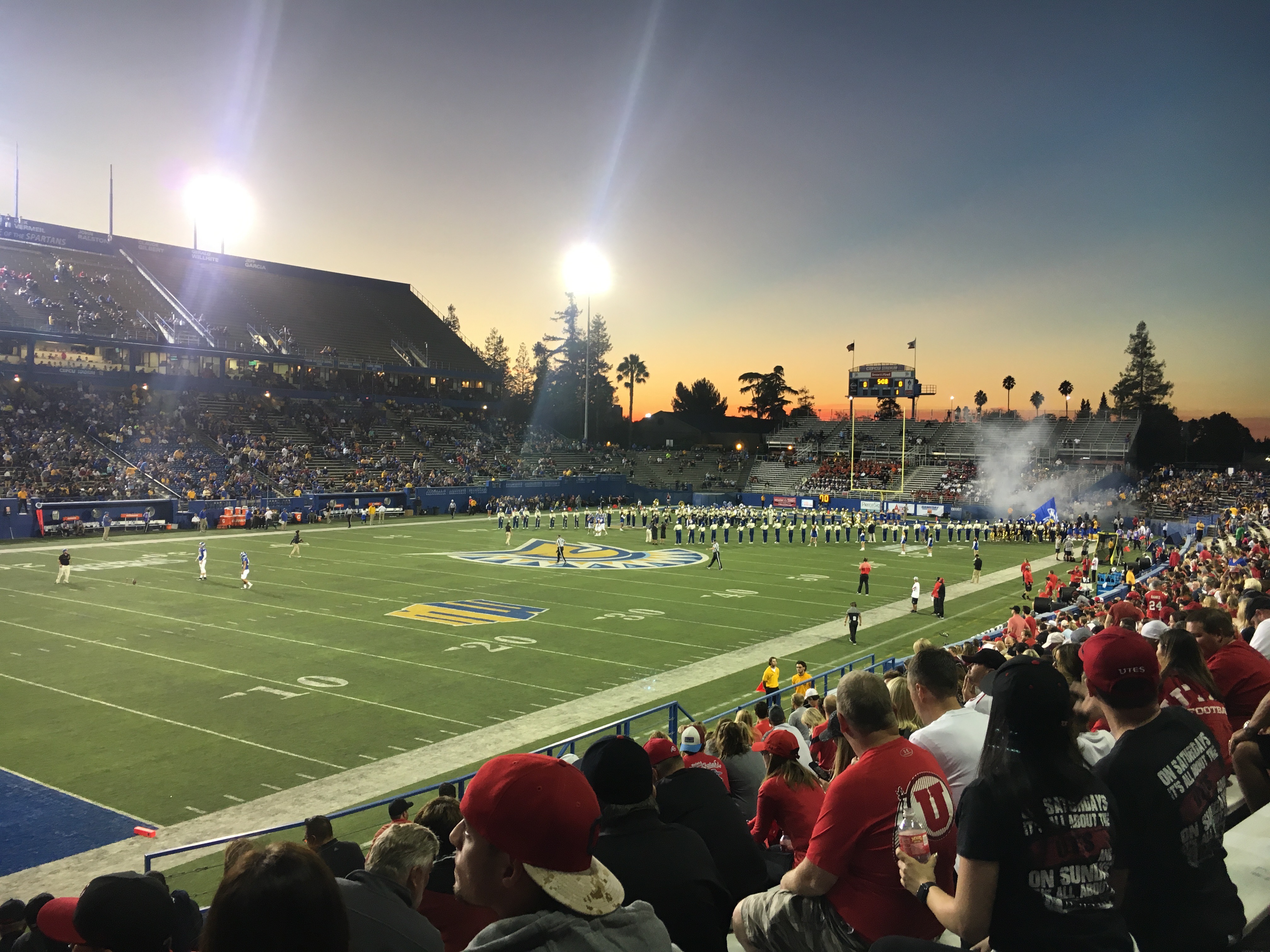 We miss Rice-Eccles Stadium this season, but
we’ll take watching our Utes at any stadium! 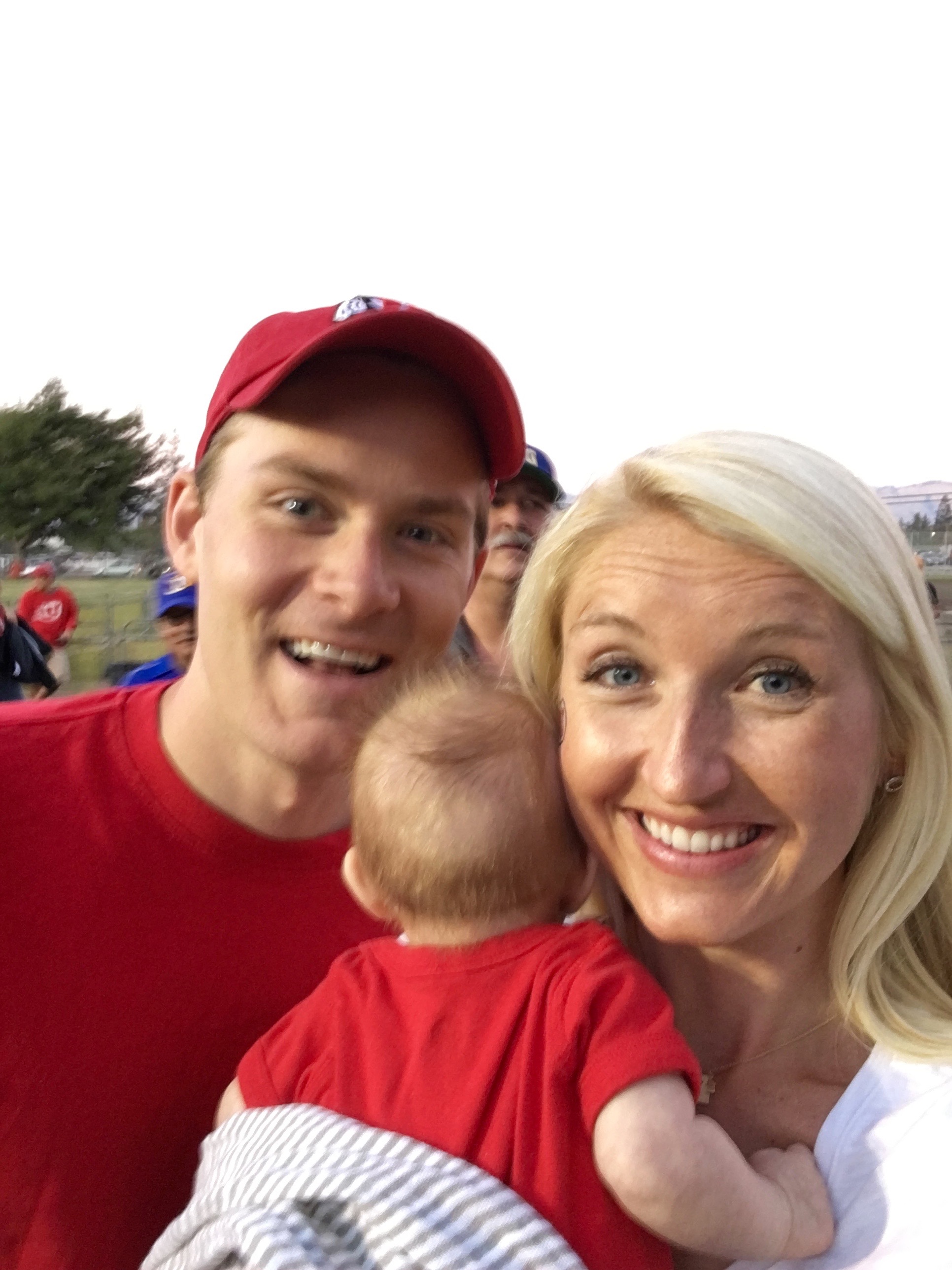 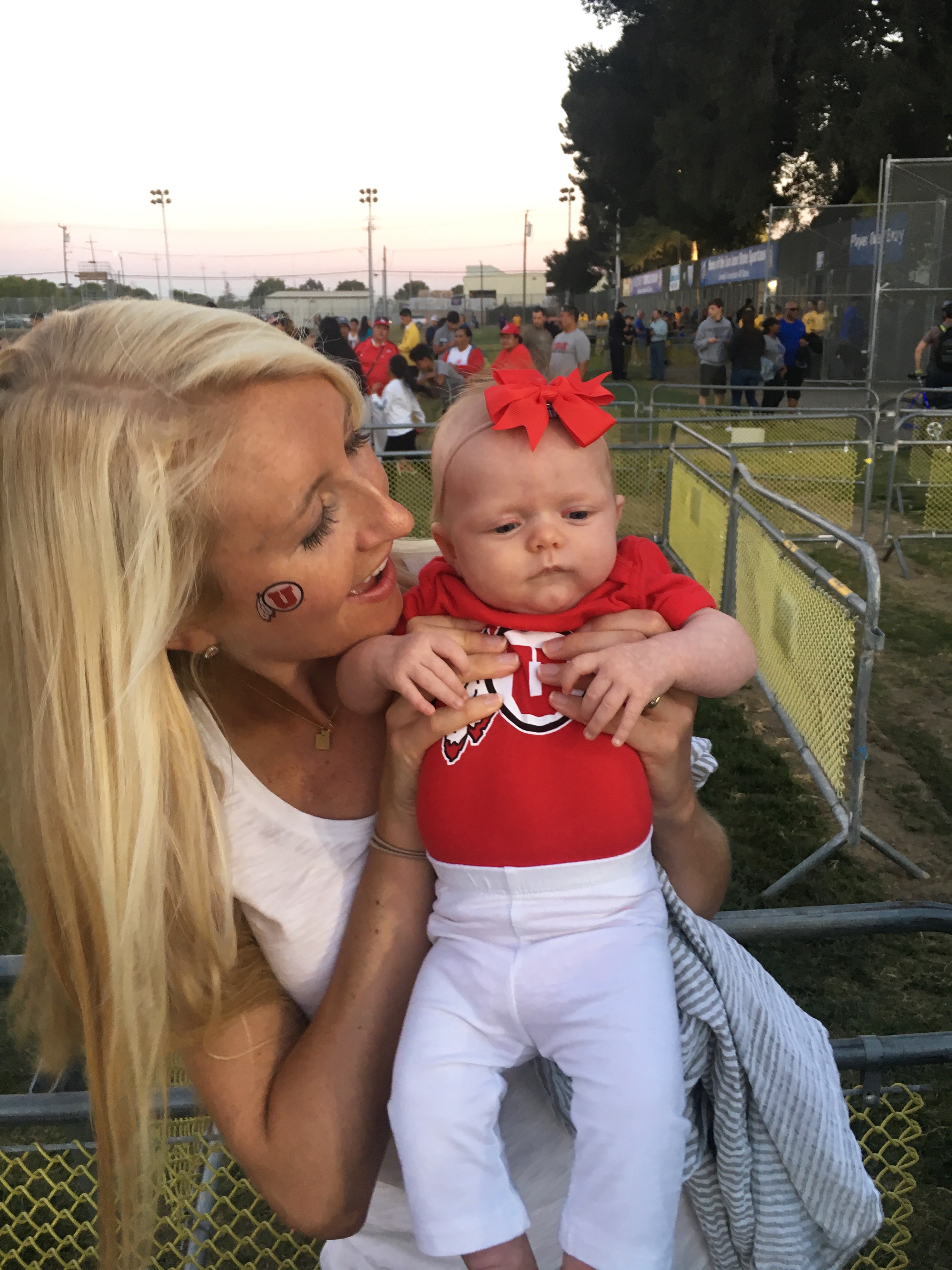 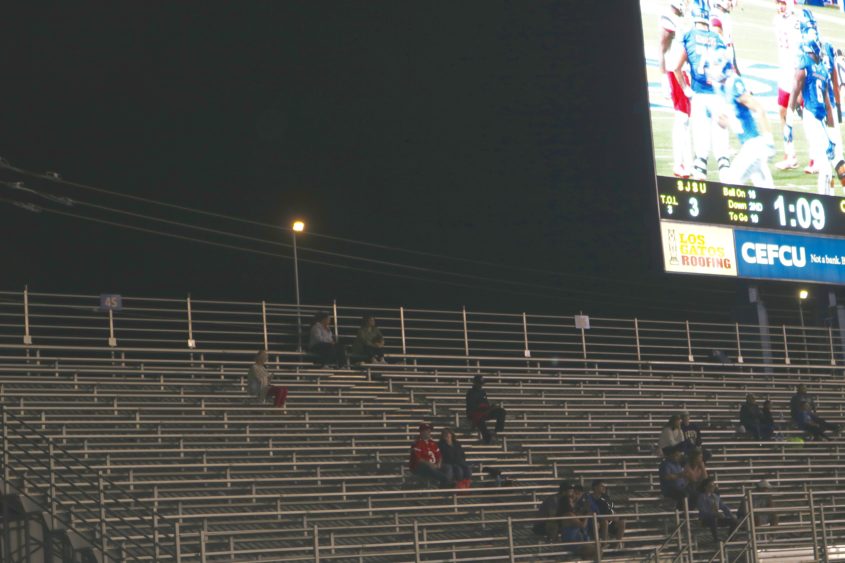 Another funny nursing pic Chase took from afar when I
moved way up high where no one was sitting to nurse!
(You can spot me in the red pants on the left — ha!) 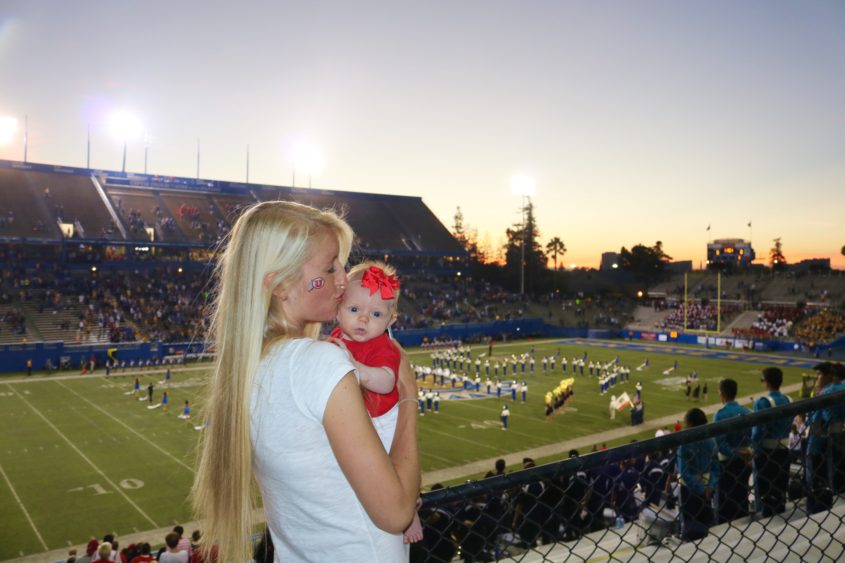 We love our Utah girl! 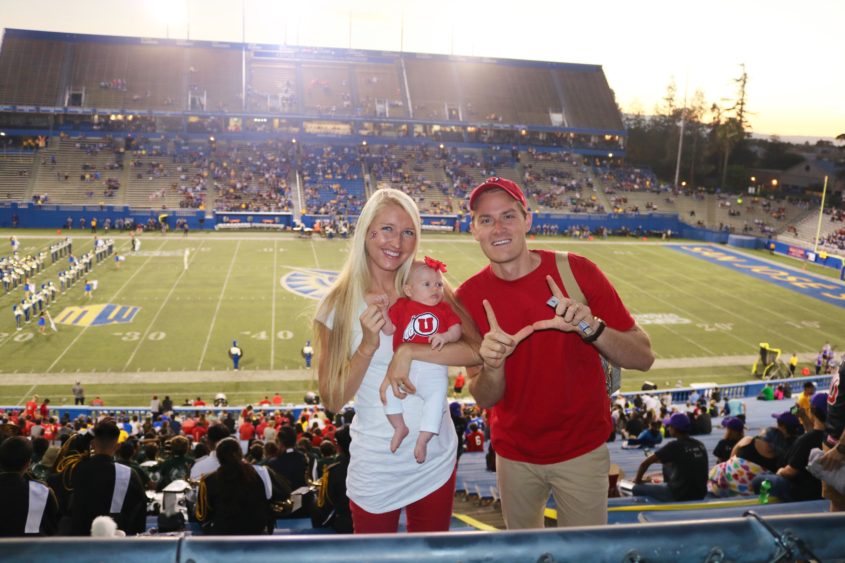