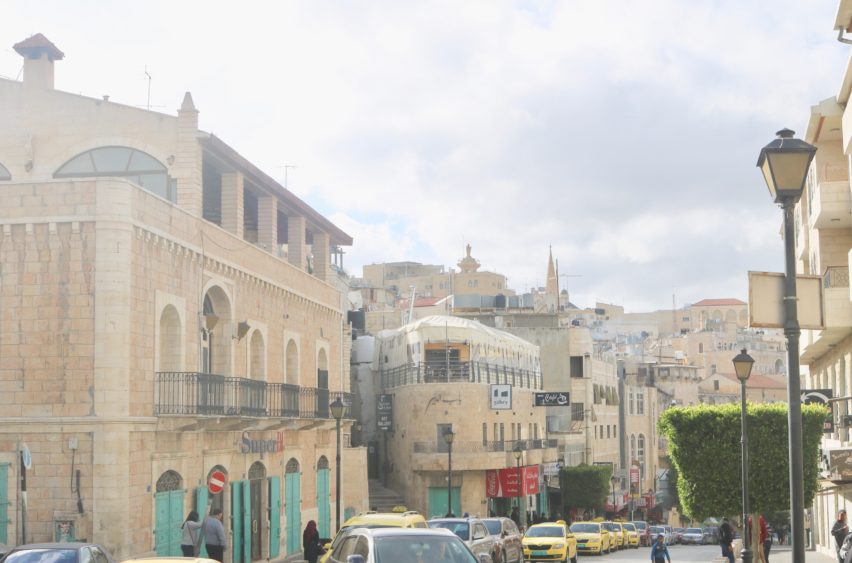 This “little town of Bethlehem” is not so little anymore, or quite how you’d imagine.
We were told this by people who had visited before, and it really was the only letdown
of our stops through the Holy Land. I’m still glad we went because I would have been
sad not to go, but it was interesting how different it is than it would seem. I still liked
driving on the road out there and knowing I was in a place that witnessed such a special
event, but the experience didn’t line up with what happened here for us. We got in and
grabbed a quick lunch, got ushered into the main tourist shop with thousands of nativities,
and then made it up to the Church of the Nativity –  considered to be built over the cave where
Christ was born. It’s a pretty church with lots of history, but was so packed and disorganized that
we ended up in a crazy line for over and hour and a half…finally making it down and into the grotto
to see the spot where Christ is said to have been born. It was special to see, but so chaotic that it didn’t
have quite the same feel as I wished. Even while we were at the spot after that long wait, an usher was
telling everyone to hurry and to go two people at a time – haha. It was funny but again, glad to have seen it. 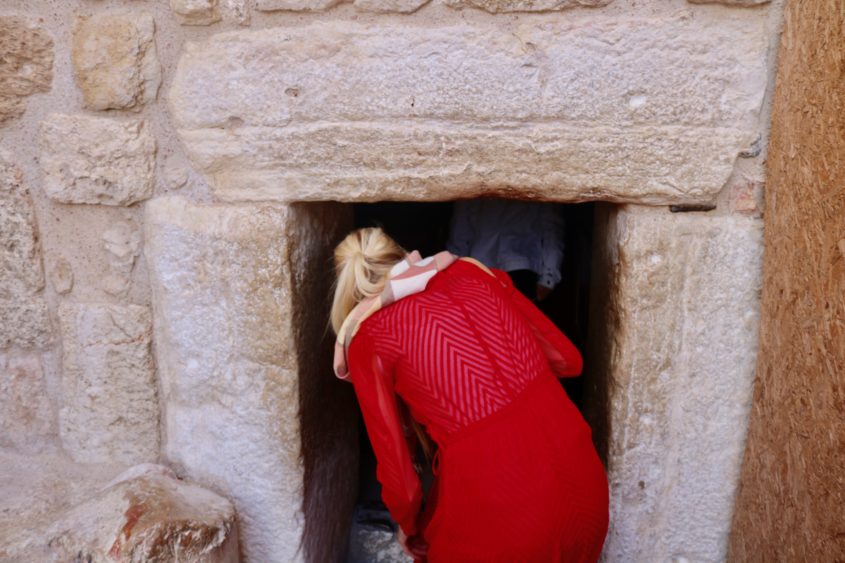 Entering the church, which has lowered the entry so that all those who enter bow in reverence. I liked that. 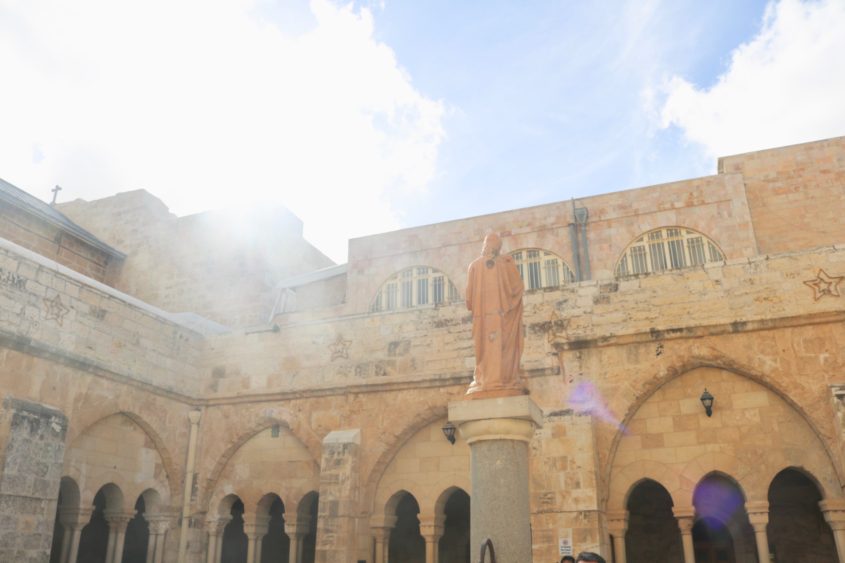 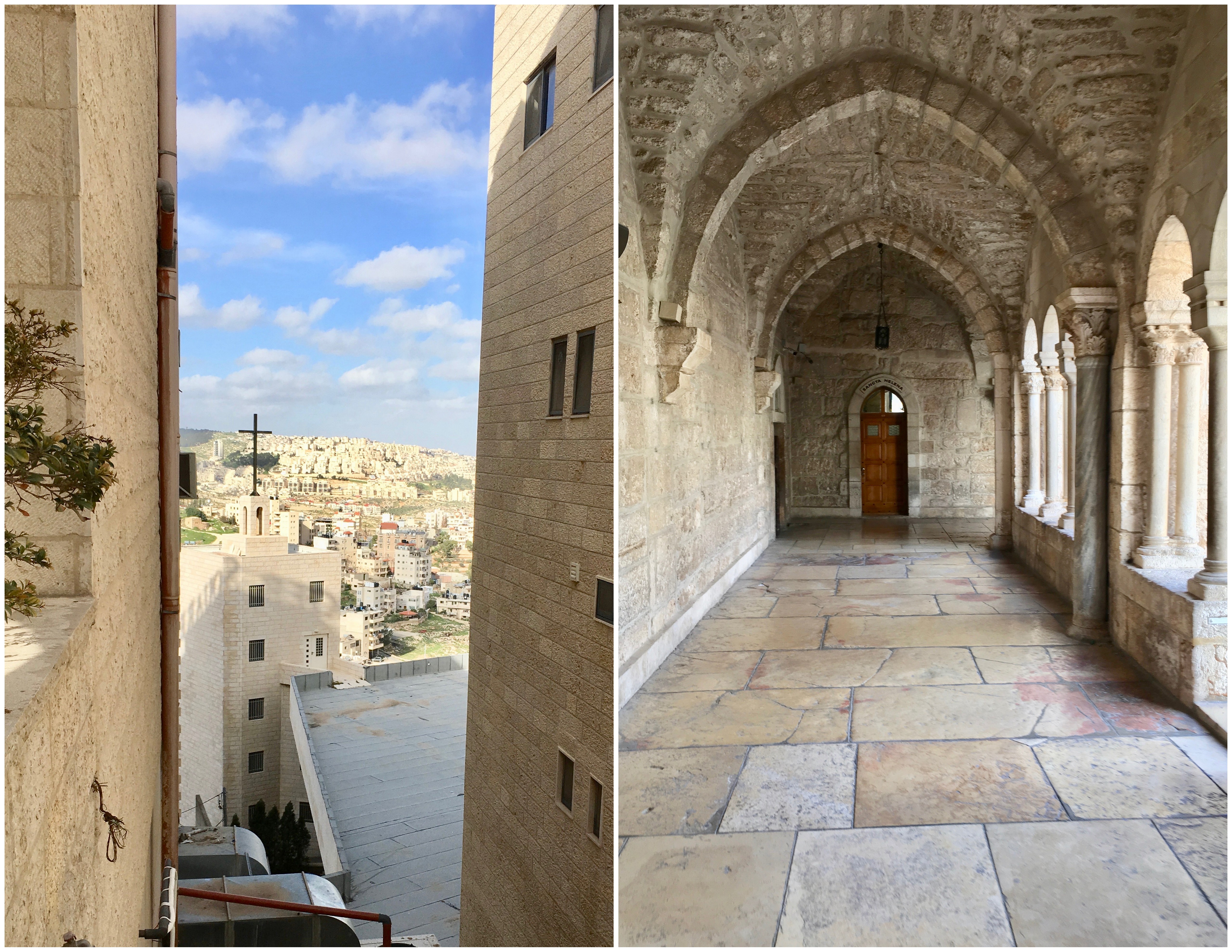 ^^ Bethlehem views from the Church of the Nativity 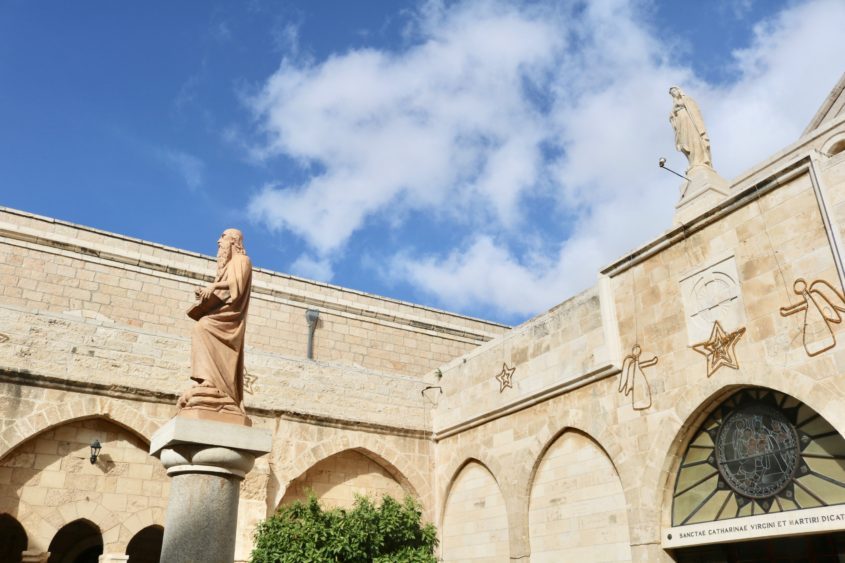 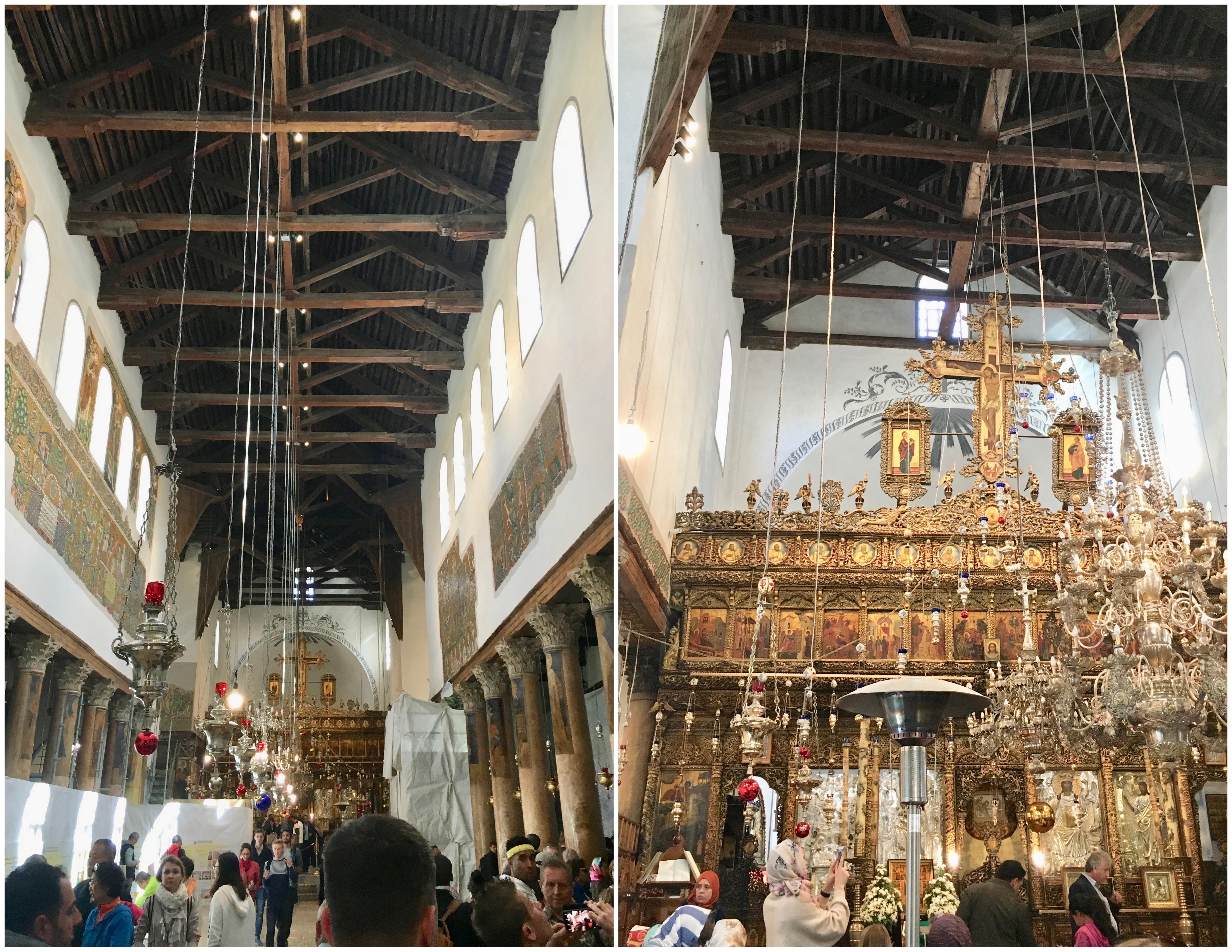 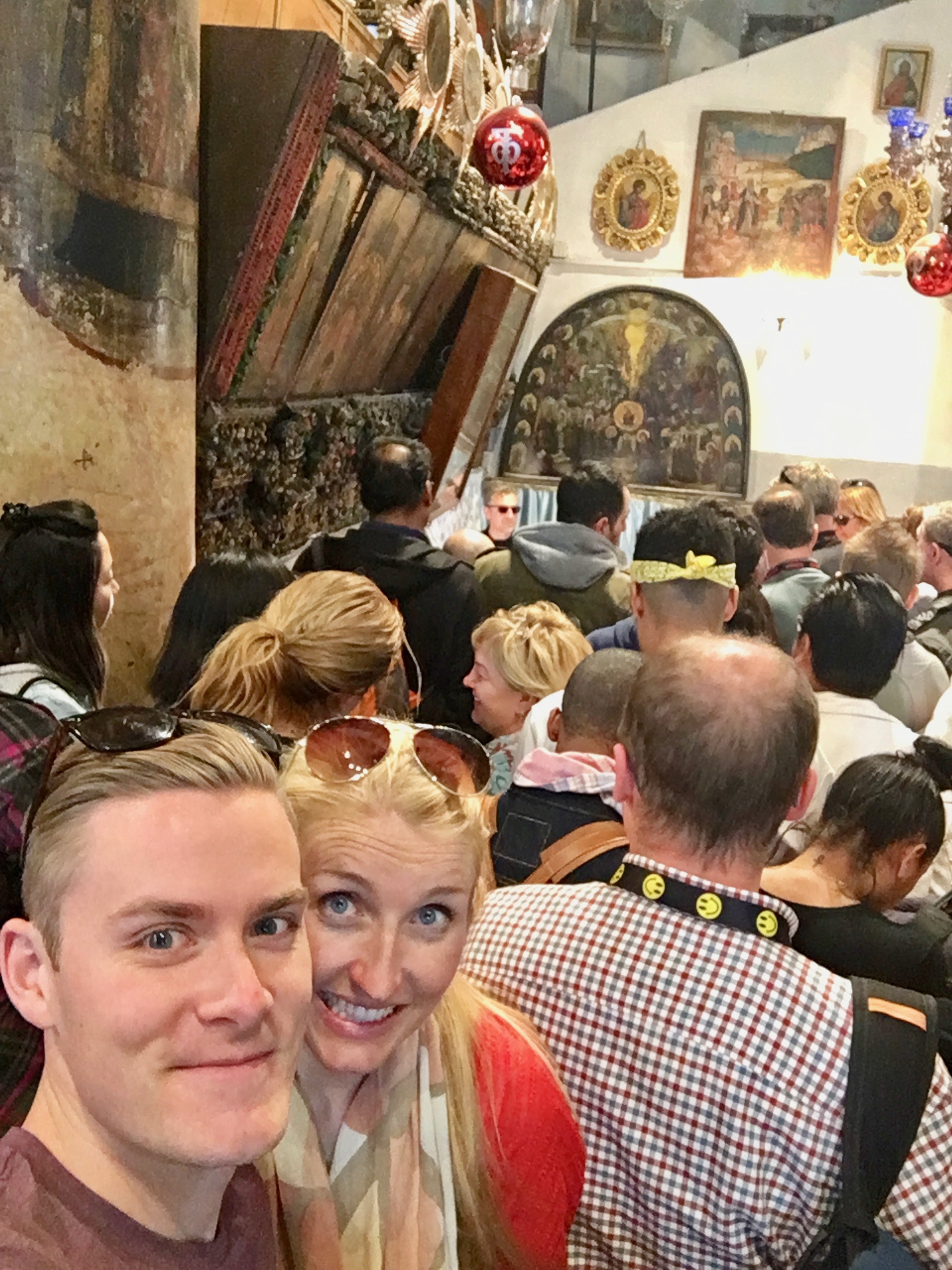 I’ll never be over this crazy line! Pretty much every line in Israel was madness like this,
even down to the airport. I went a little nuts at the disorganization and packed crowds ha! 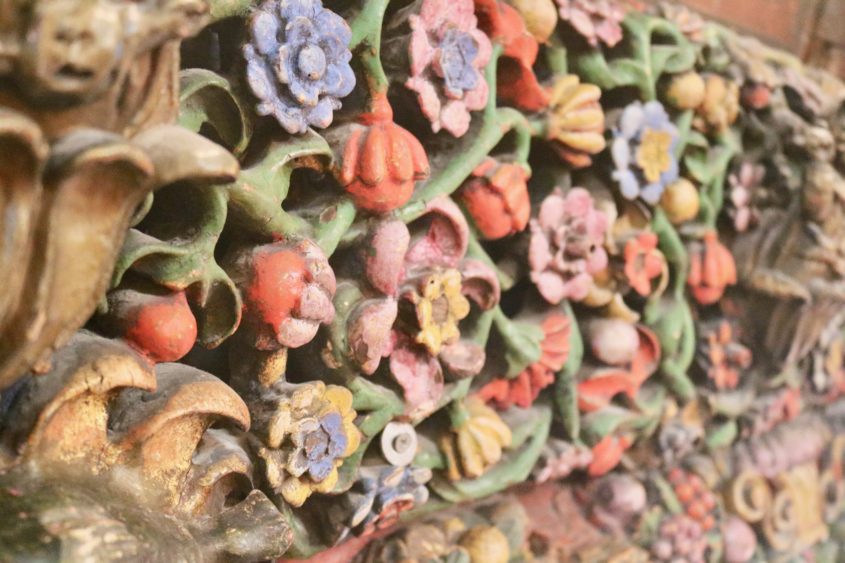 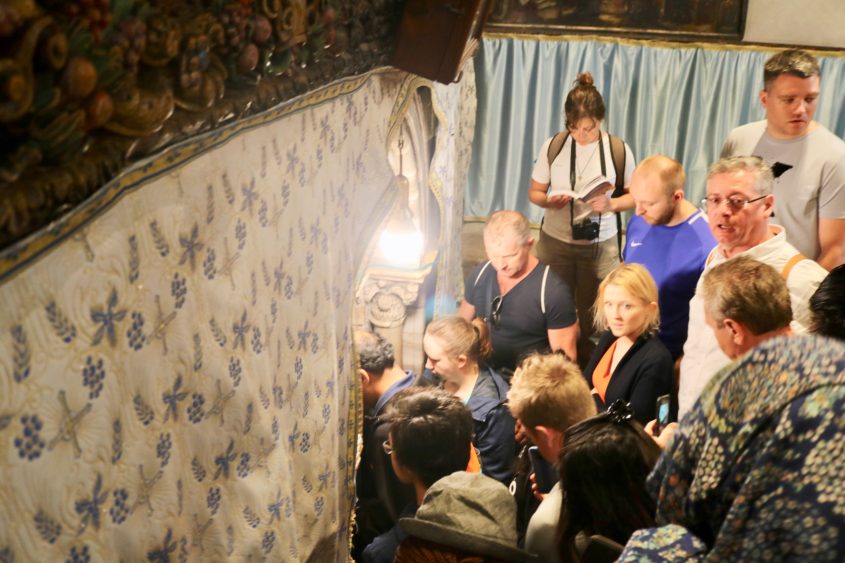 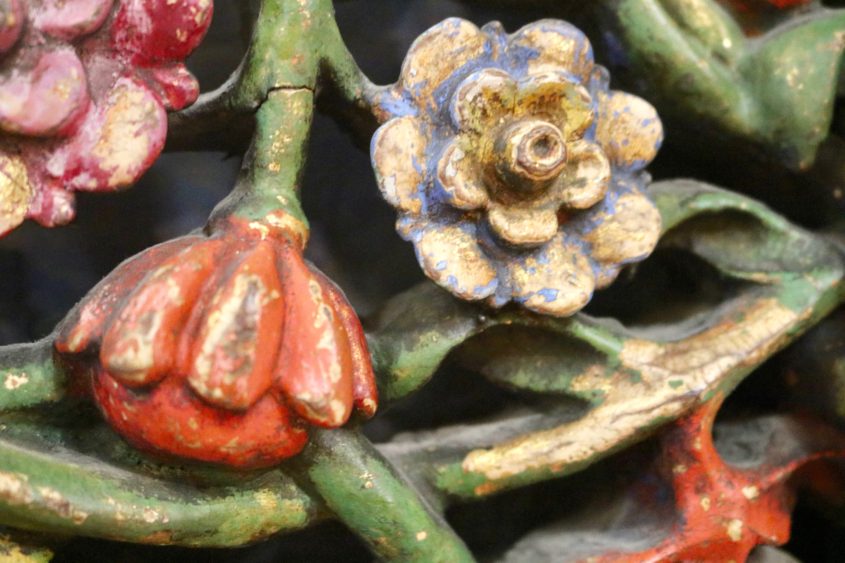 We had plenty of time to notice all of the pretty details in this church while jammed in line :) 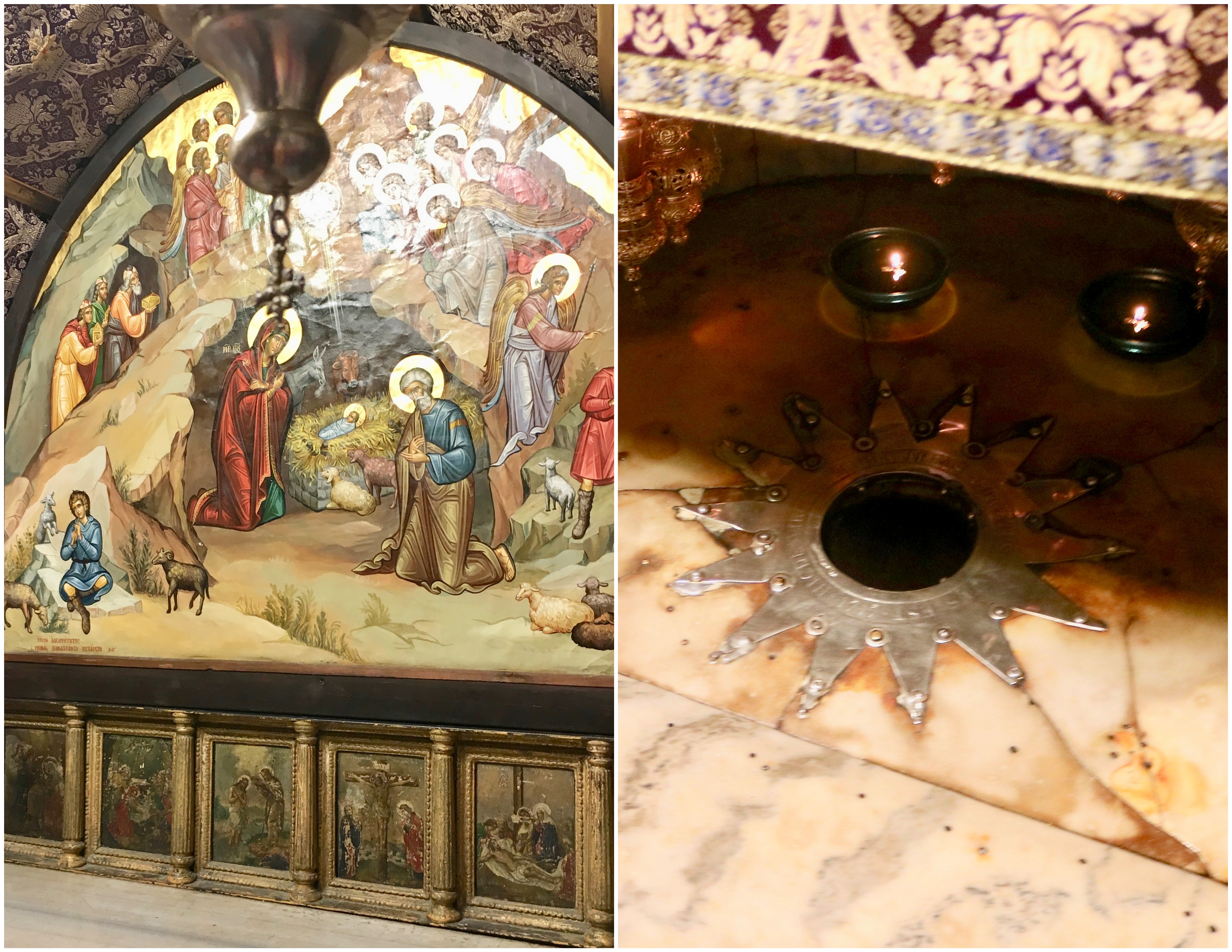 The spot where it happened..the mosaic above ^^ , and the star marking the spot on the ground. 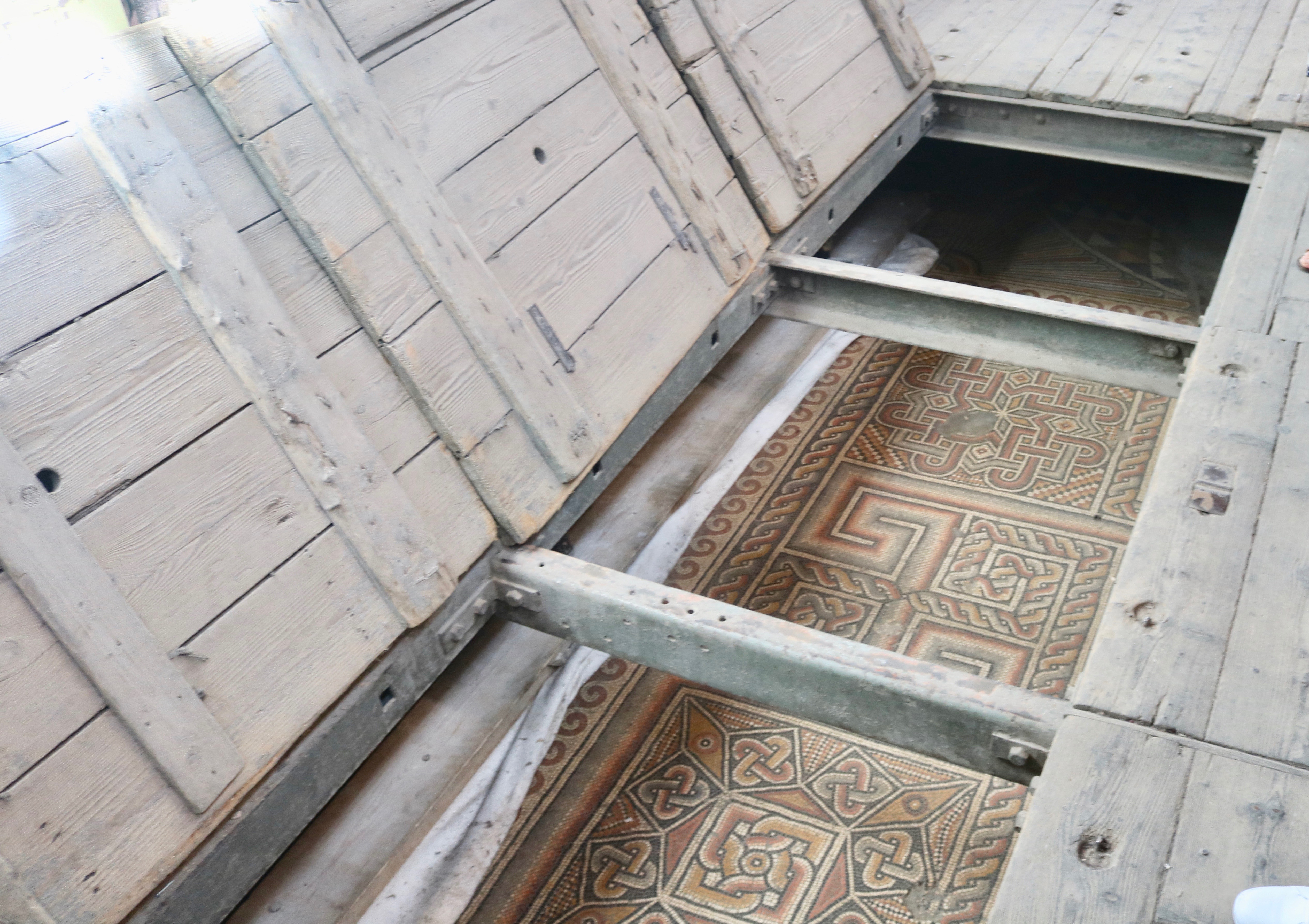 The remaining portions of Constantine’s ancient fourth-century mosaic floor ^^
The intricate details in this church are said to have been the reason it wasn’t destroyed in later years. 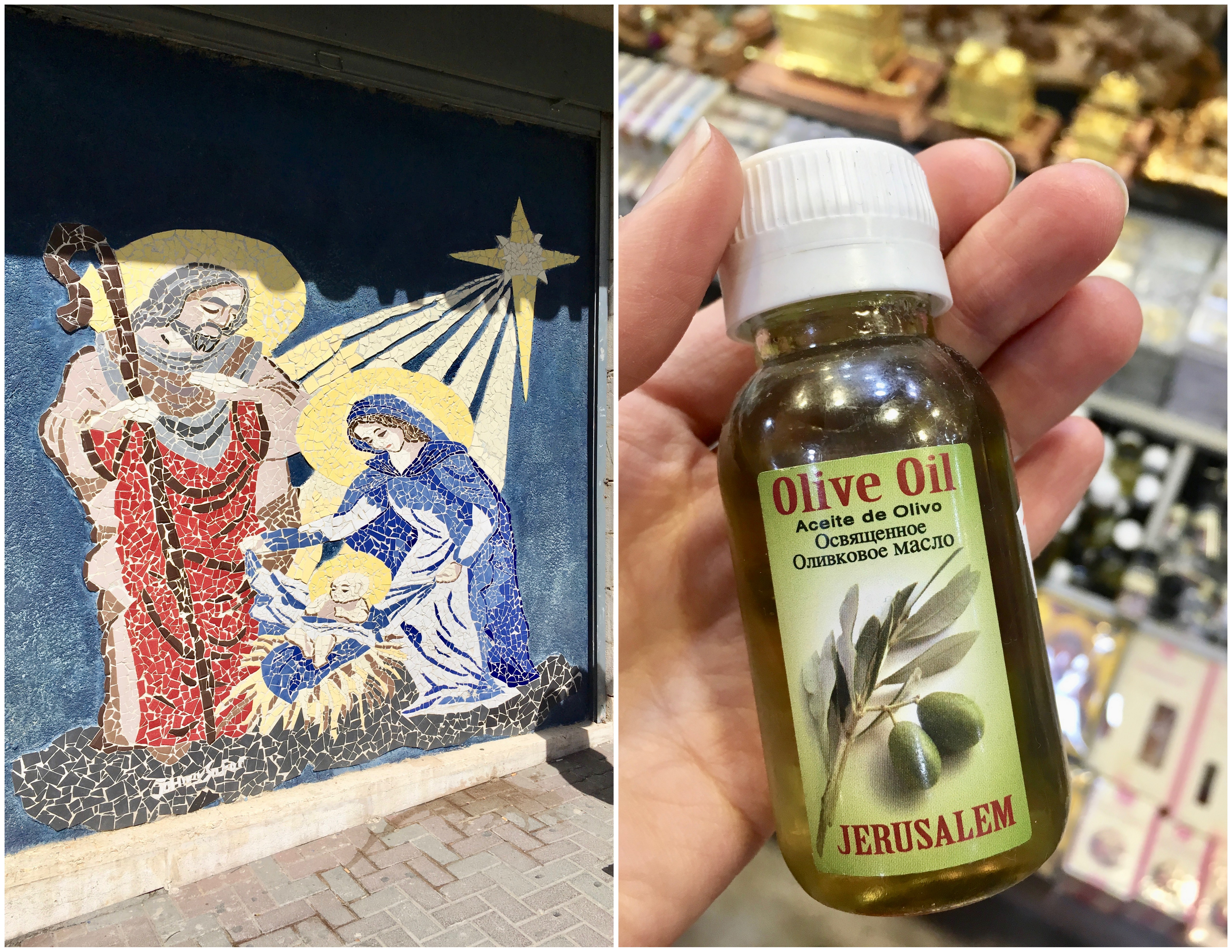 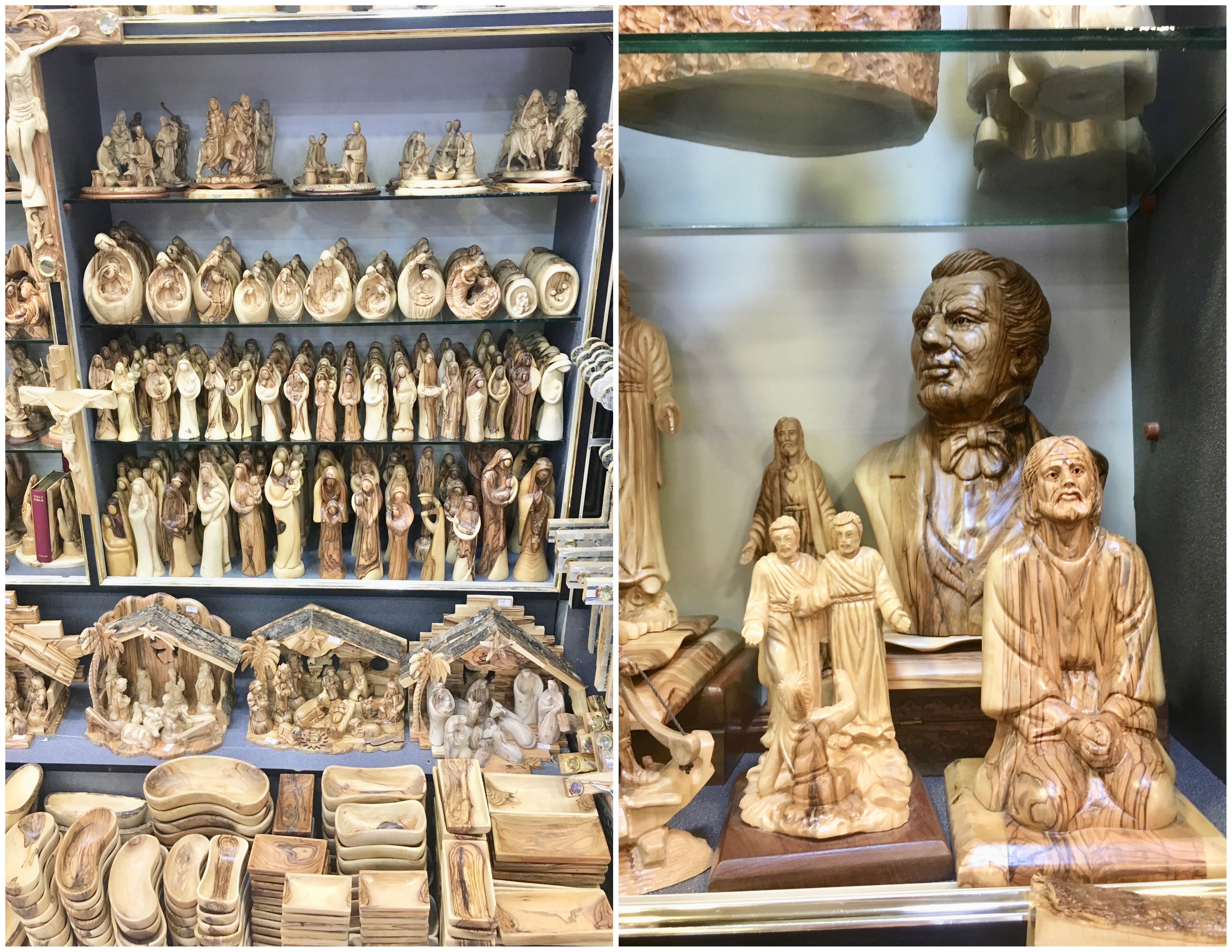 This place is so catered to the tourists, which we especially realized when we even
noticed a section of LDS carvings in the huge tourist shop — haha made us laugh! 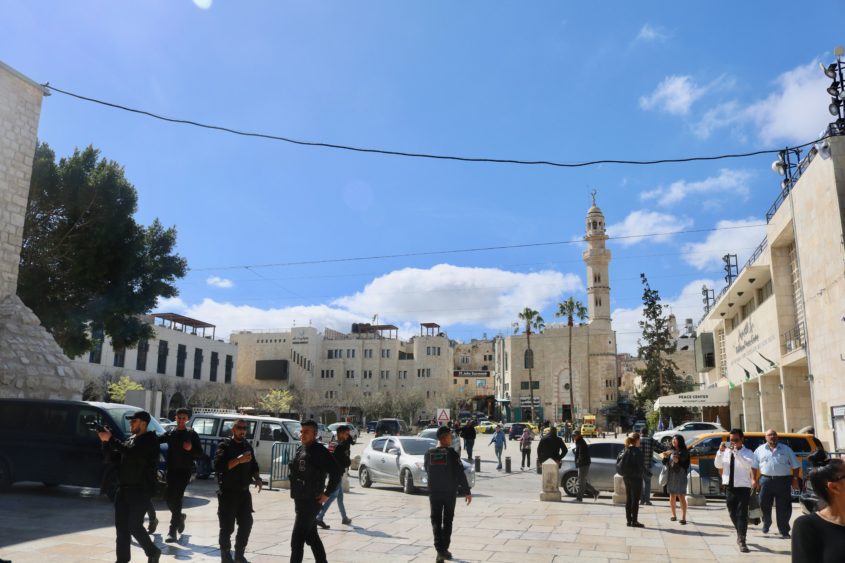 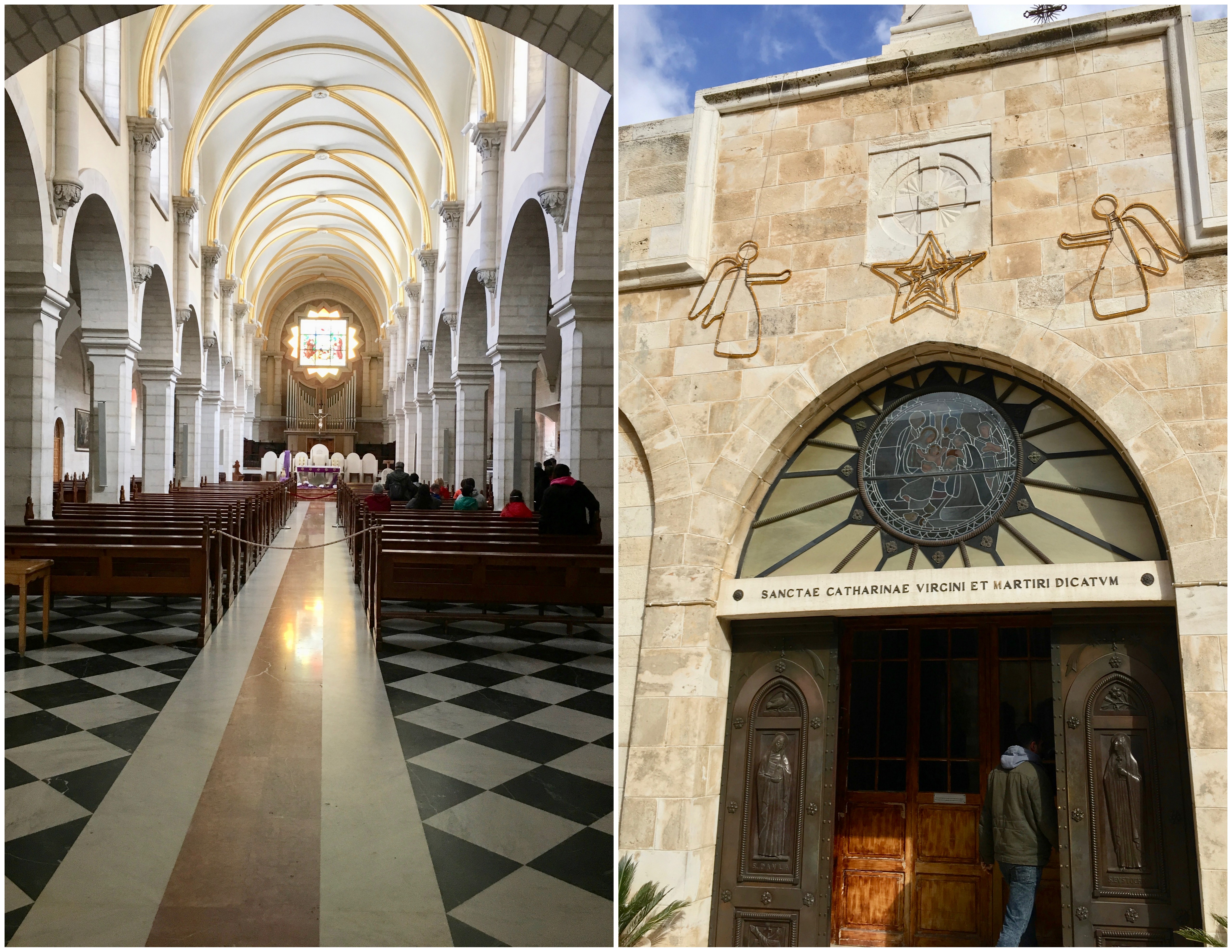 Stepped into Church of Saint Catherine, right on the same property as the Church of the Nativity ^^ 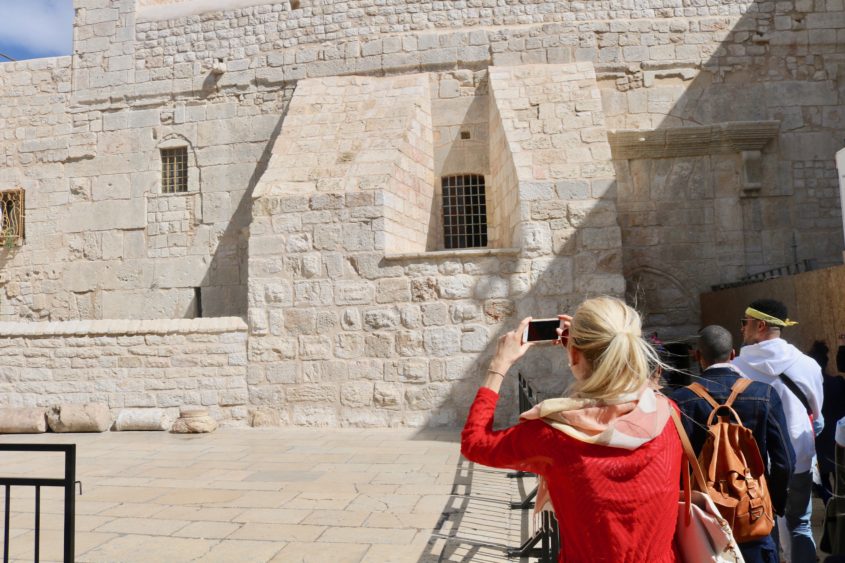 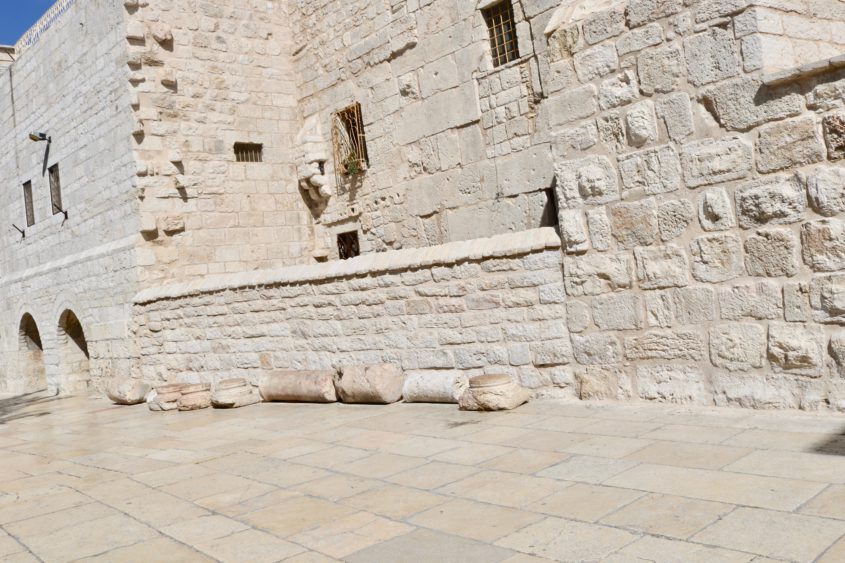 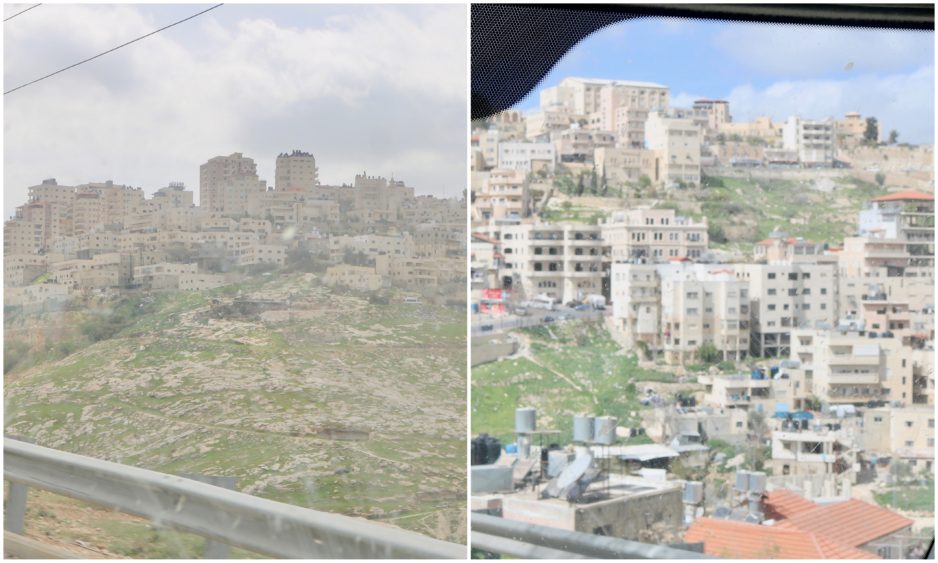 Views on the route between Bethlehem & Jerusalem. ^^
You have to cross from Israel into Palestine which is interesting to see the checkpoints.
Both sides are very welcoming to tourists and it feels safe, but also tense. 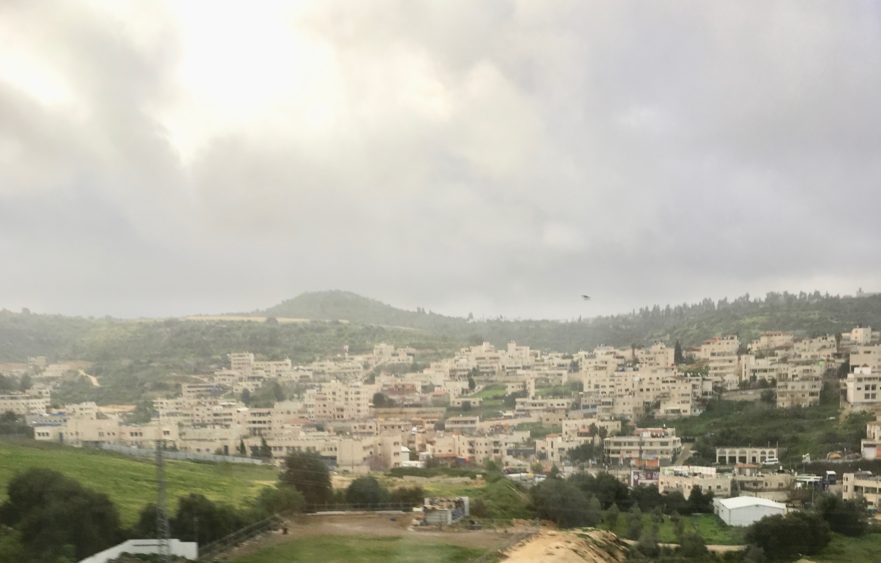 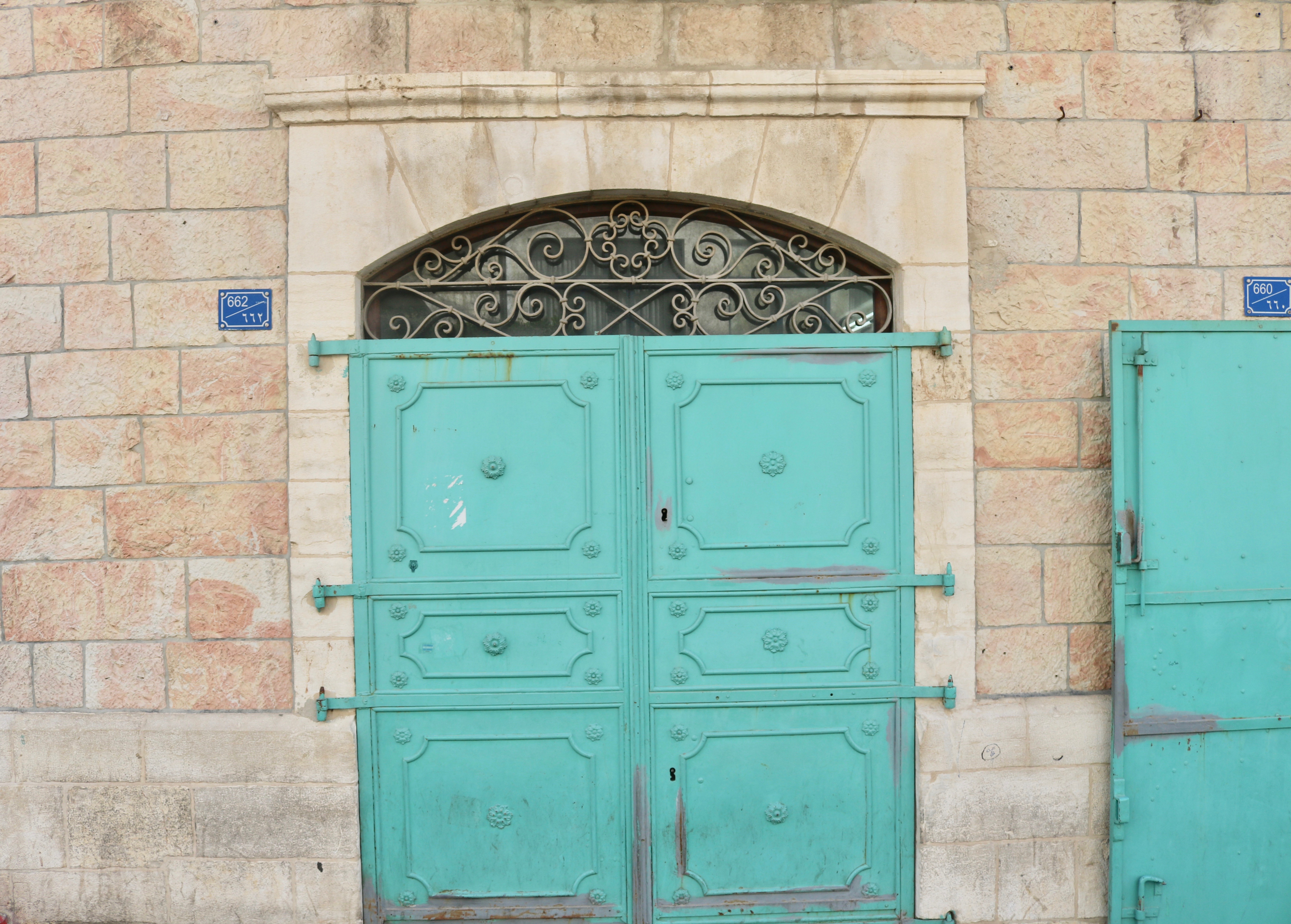 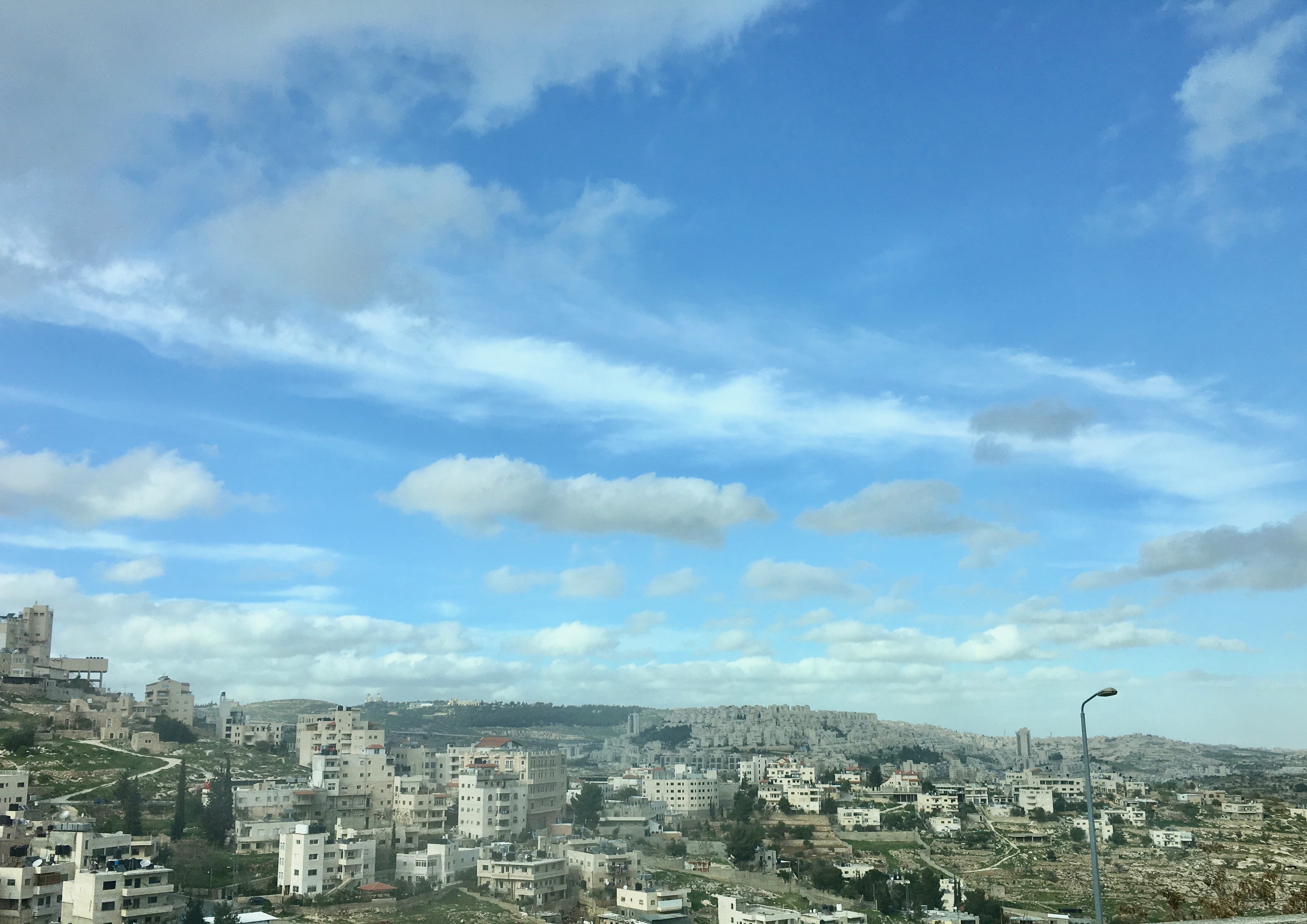 Like I said, I’m still glad we saw it – and that we had to imagine Bethlehem
back so long ago when it was just a little tiny town that witnessed such a special,
world-changing event in a tiny nameless manger. I’m glad to have walked on the same
ground, even if it did feel different today than it must have back then. XOXO

Author: emi
Filed Under: 2018, israel, travel
Israel and the Holy Land
Floating in the Dead Sea