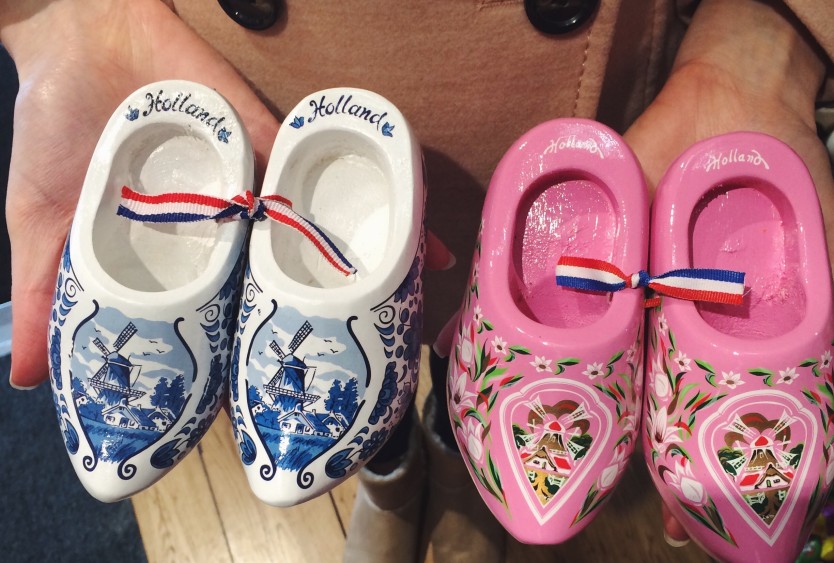 our little dutch baby is a GIRL!! 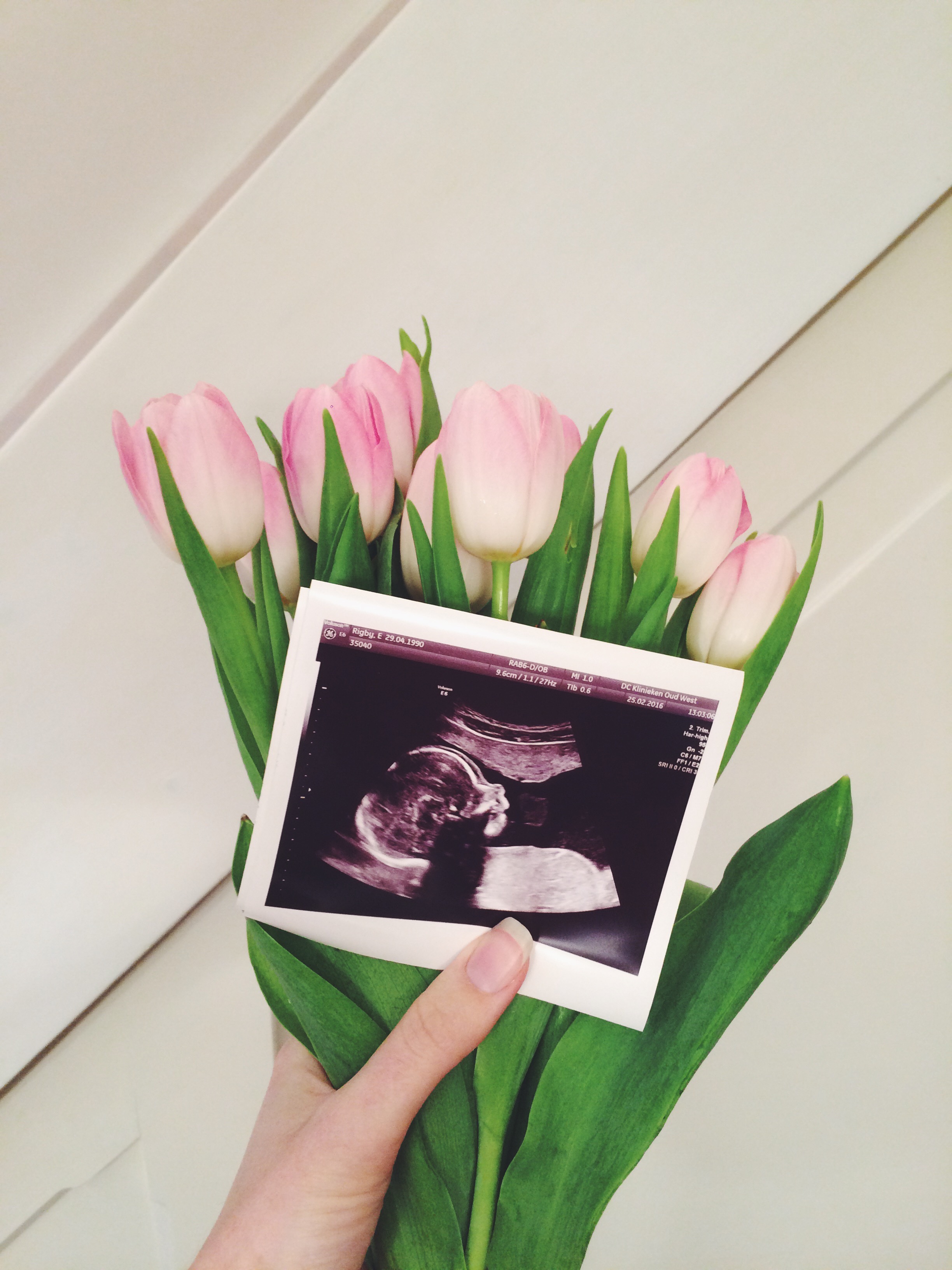 we just found out on thursday, a week earlier than expected because
we switched doctors (long story with these netherlands doctors …)
so we were not expecting to find out this week, making it even better.

first of all, that 20-week ultrasound is the best thing on earth. i could
have stared at the little body on the screen all day long if they let me!
the doctor spent an hour going over each body part, finger, toe, organ,
and bone to check and measure. we looked at the brain, the heart, the
spine, everything. it was unbelievable and we definitely both teared up.
hearing the heartbeat and seeing the baby move feels surreal to know
that little one is inside of me just growing away! so we were distracted by
all of that and i wasn’t even really thinking about the gender. i was just
relieved to see a healthy little one on the monitor. at the end we asked
the doctor to write down the gender and we’d open it on our own later! 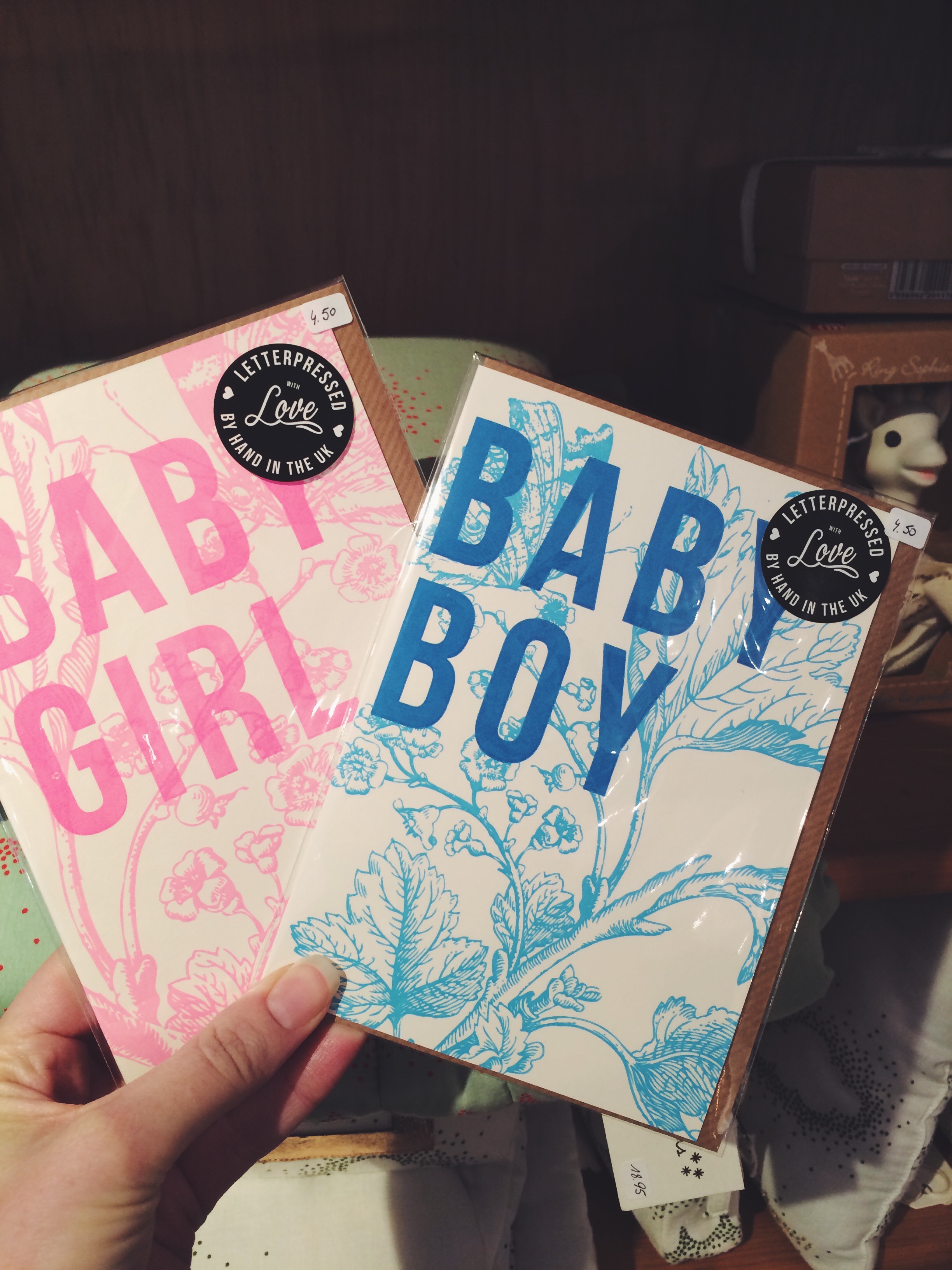 during the entire appointment chase was being chase and trying to get
the secret out of the doctor. he kept referring to the baby as he: “oh is
that his leg?.. oh look, he’s waving!” and the doctor would just laugh.
she didn’t fall for his tricks ;). as we left the doctor’s office chase even
told me he watched the doctor’s pen as she wrote it down to see if he could
tell. haha, he is such a nerd. so i told him that since i am the one who found
out we were pregnant and keep it a secret for 2 weeks until i was with him
to tell him, that this time he could look first and then find a way to tell me!

we stopped on a bridge by the singel canal and i filmed chase opening the
little slip of paper on his own. i had been feeling pretty patient about finding
out, but right at that moment it hit me that we were about to know the gender..
and that he already did! i got SO excited as he walked off to bloemenmarkt
(the floating flower market) across the street and came back with PINK dutch
tulips behind his back! the cutest dad ever already. i really could not believe
it, just since he has been saying he thought it was a boy this whole time! so has
my mom and almost our entire family…they have all guessed boy, except you
whit and maddie! :) so it really was the best surprise, and such a fun memory
to find out just us in amsterdam. he told me in the perfect way…just simple &
very fitting for where we live. plus, now i have a new soft spot for pink tulips. 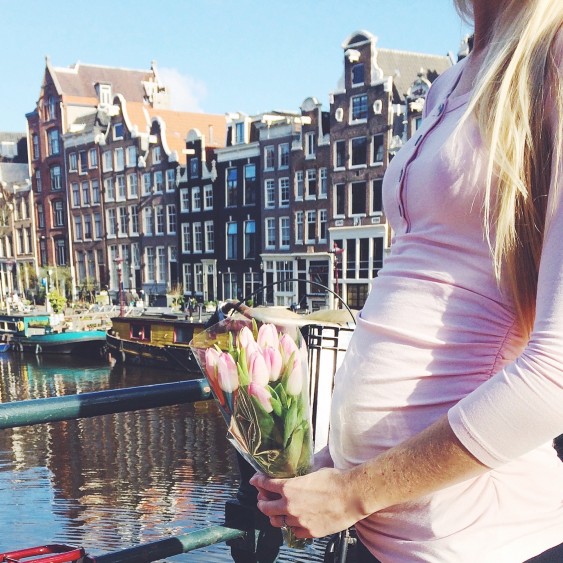 i LOVE knowing what is in that bump.
also, i just happened to be wearing a pink shirt. meant to be! ^^
(it may also be because it’s one of my only stretchy ones that is fitting ;) 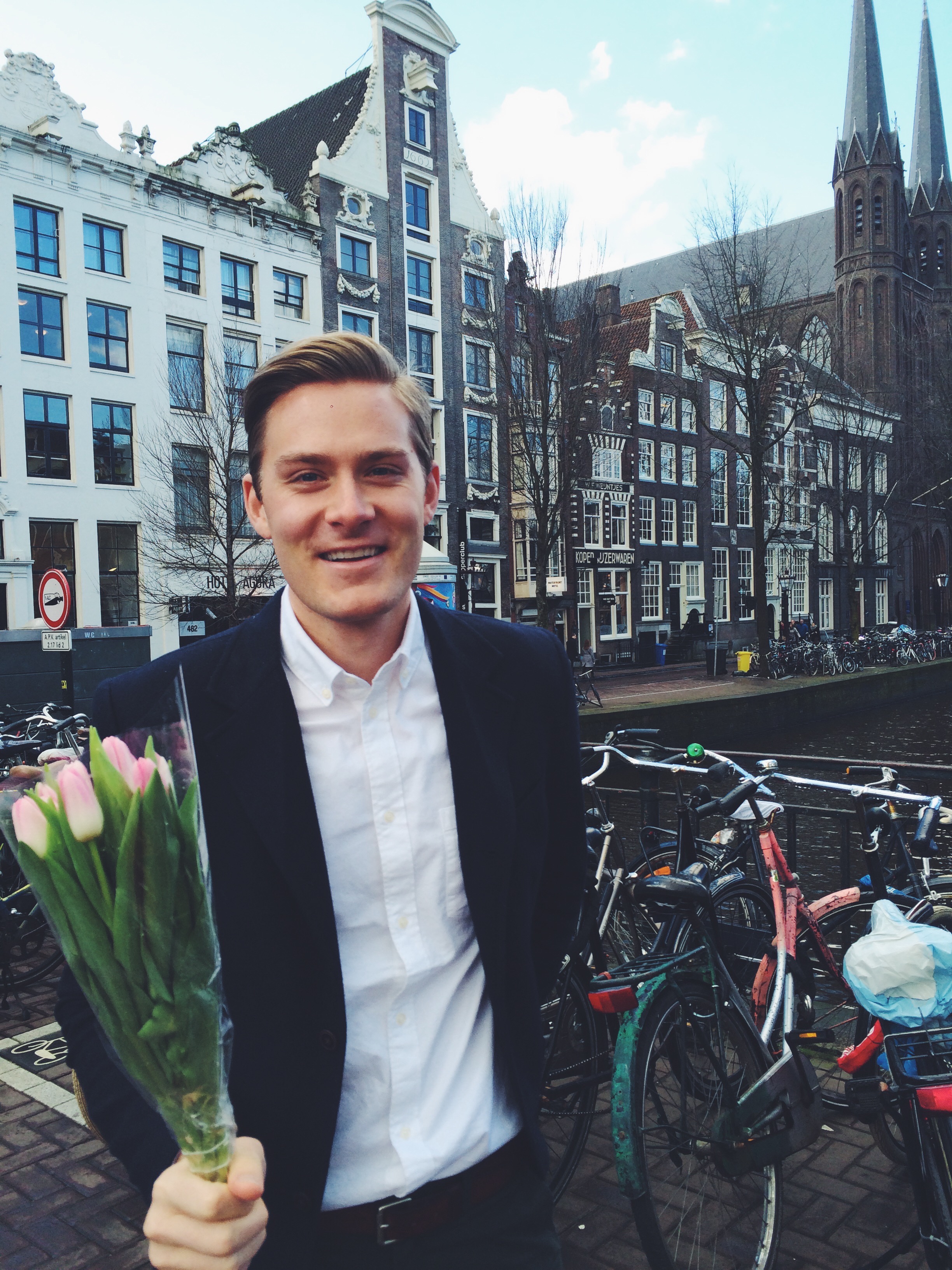 cute future dad of a daughter ^^ 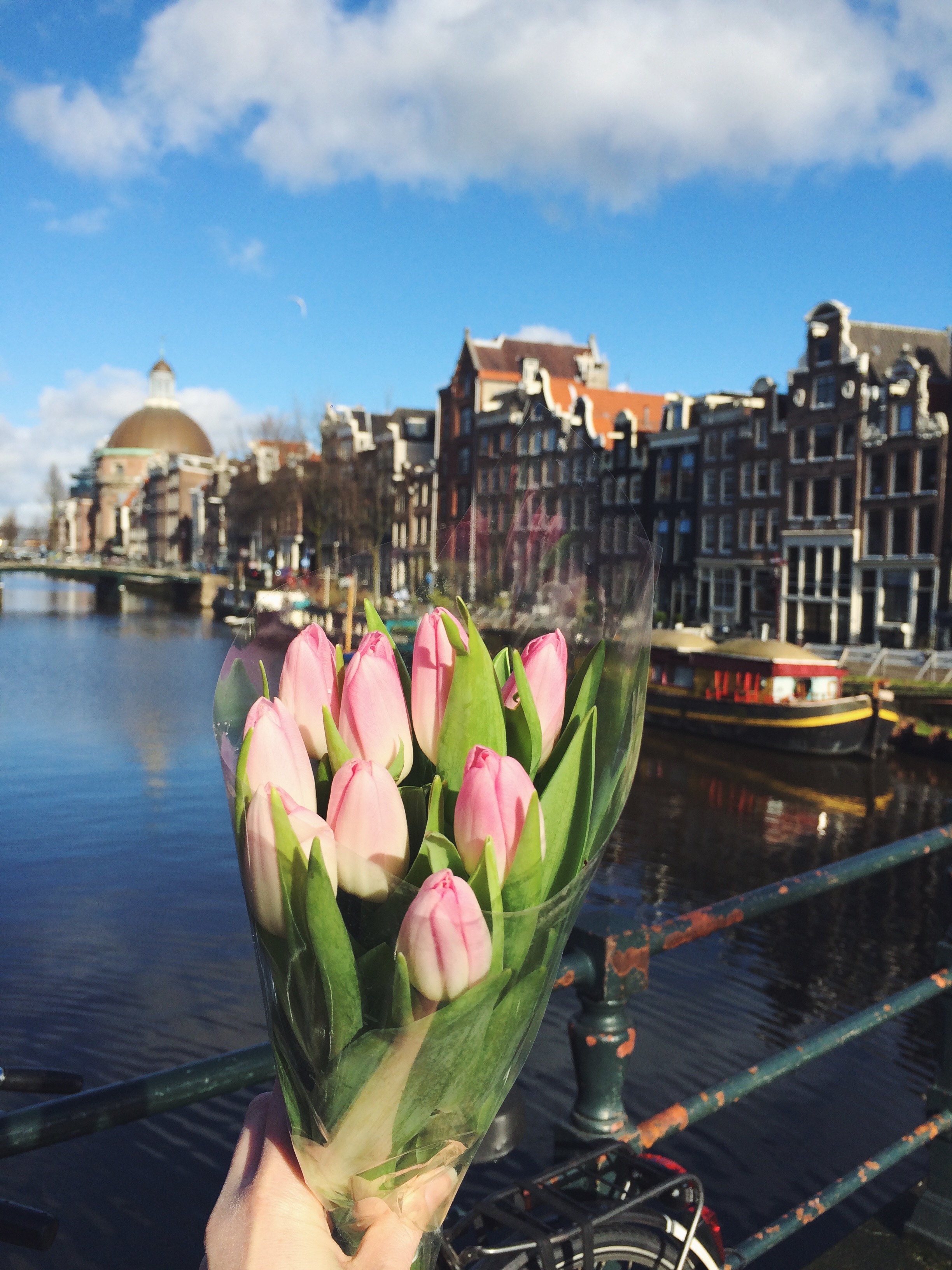 💗🌷🎀💕
on every trip lately we’ve been noticing baby clothes and dying
to know the gender so we could buy them! chase found these
tweed/plaid shoes in scotland and we were wishing we knew then! 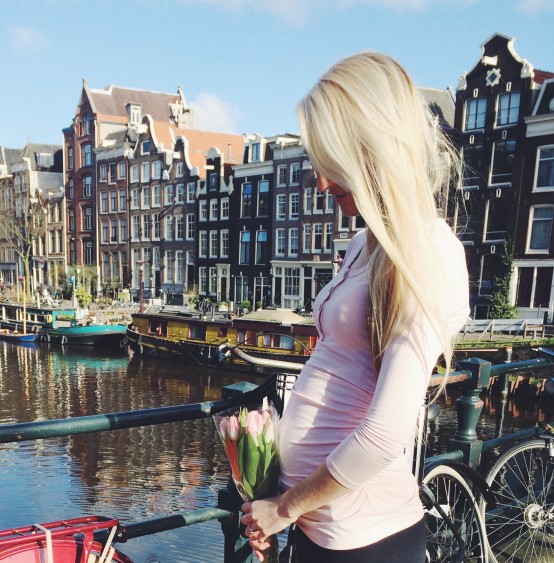 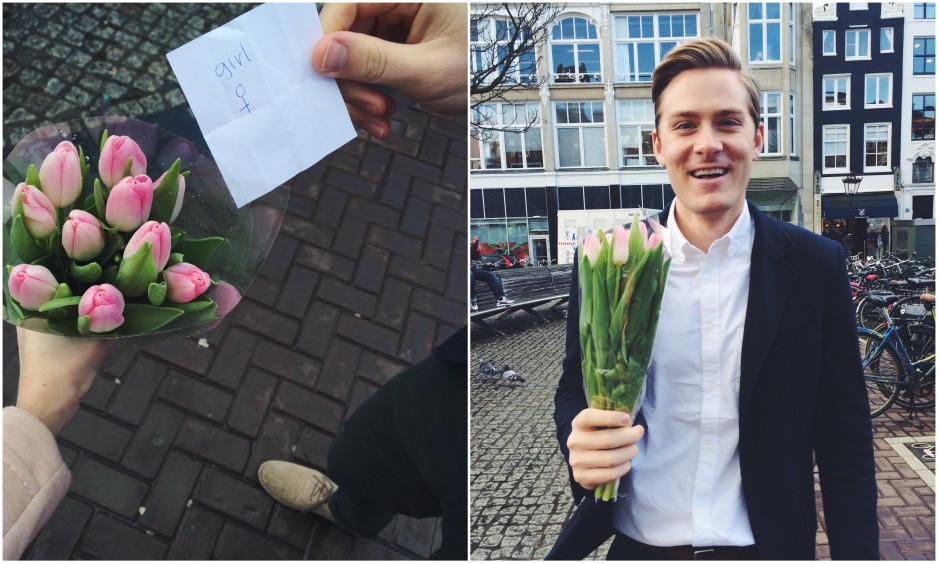 i made him show me the slip of paper the doctor had written to
make sure it was real! look at that cute shocked + happy face ^^
he told me he is already worried about having to see her date ;) 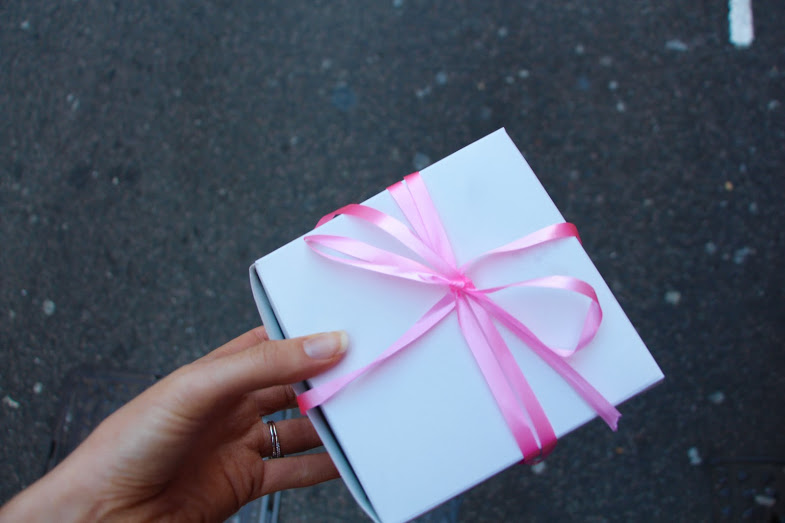 we got some treats to celebrate (wrapped up with a pink bow,
naturally) and went home to call our families who
were so darling and made us even more excited! 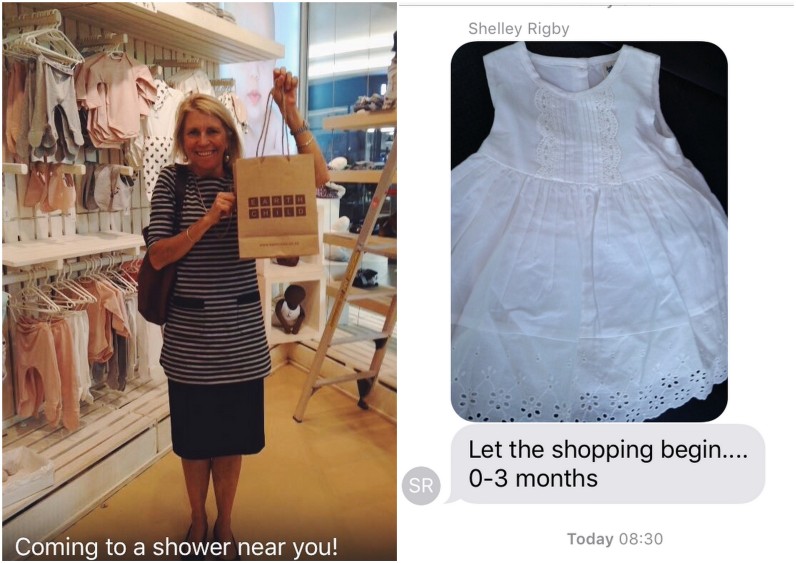 both of our moms are truly the cutest. my mom sent this picture from
south africa the day we told her, saying she just bought baby girl a gift!
then we got a text from chase’s mom with the cutest summer dress for
baby. love them so much. we may be far away, but could not feel more
loved & excited thanks to our loved ones. it means so so much. 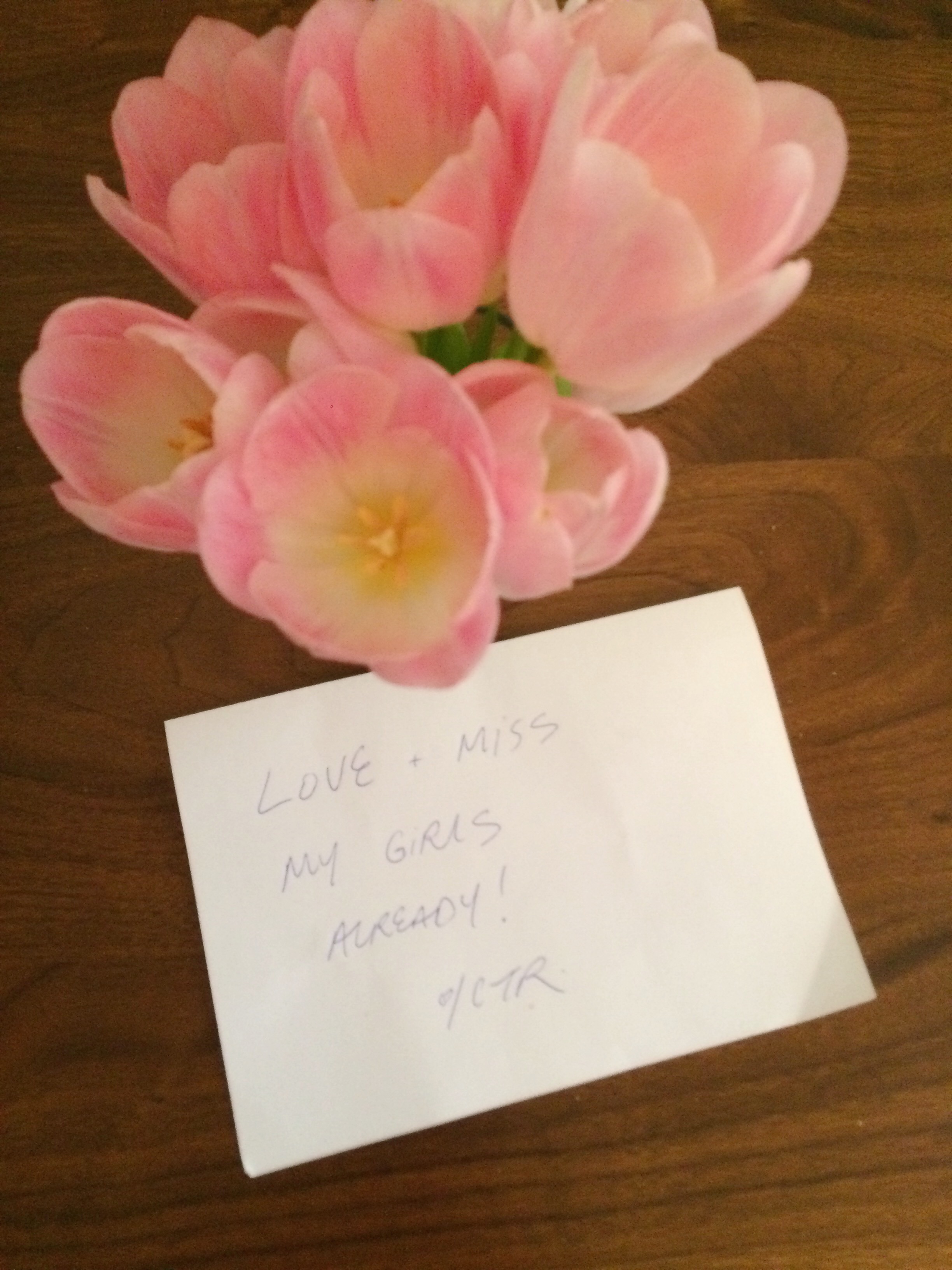 the next morning i came down for breakfast and chase had left for work early,
so he had laid out the ultrasound and tulips with this note. i know it’s so
cheesy but thinking of him with a little daughter is absolutely killing me,
for reasons like this! “love and miss my girls already” …lucky us. 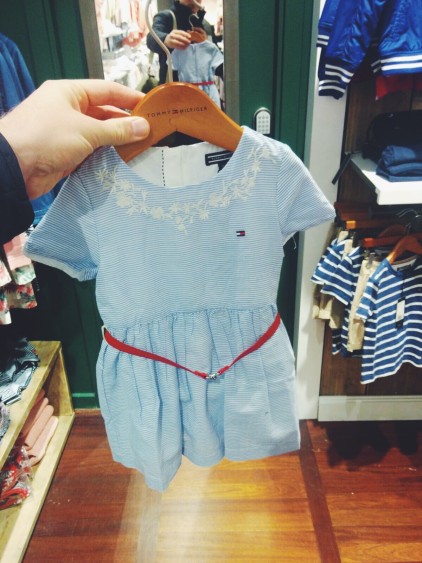 ps… even more lucky us, ^^ this is the kind of photo chase
has been sending me from his business trip :) such a cutie.