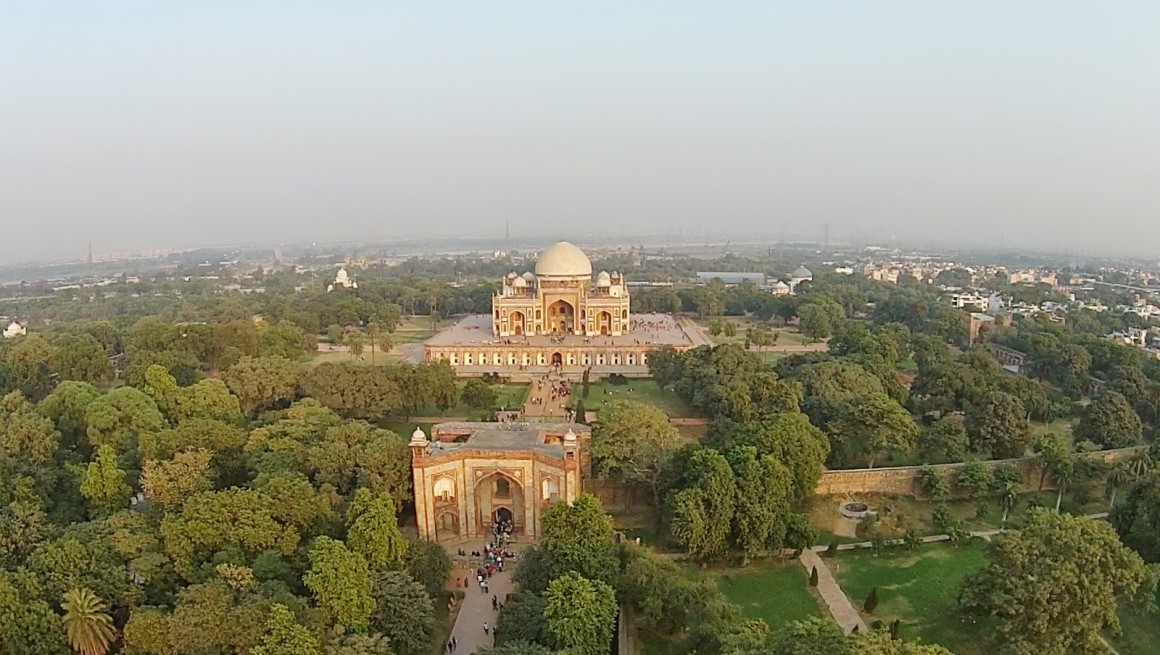 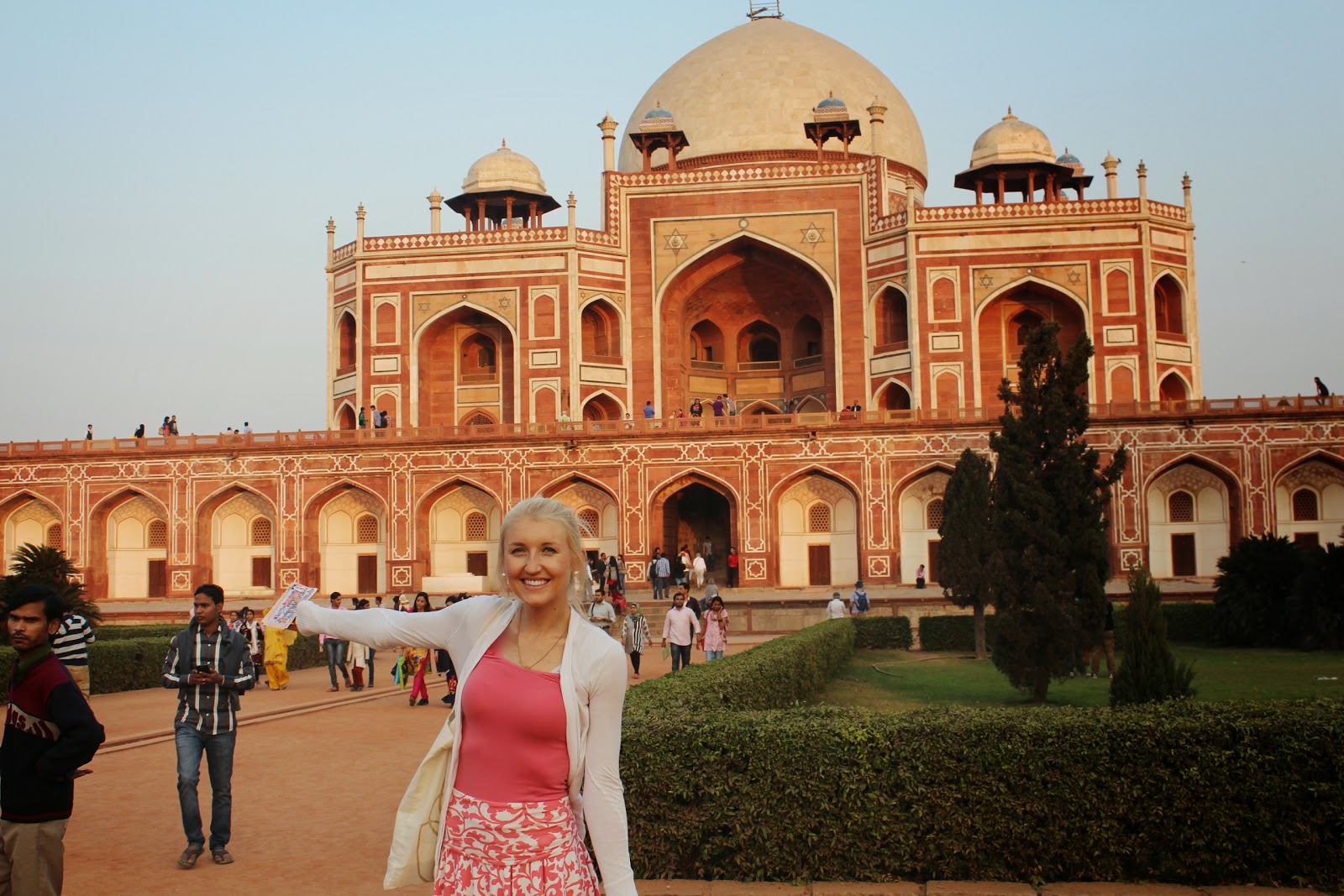 the city of delhi is split into old delhi and new delhi.
after our crazy day exploring bustling old delhi, we
went to some of the gorgeous monuments in new delhi.
it was a stark contrast between these grand, ornate sights
& the packed disparity we’d just seen earlier in the day. 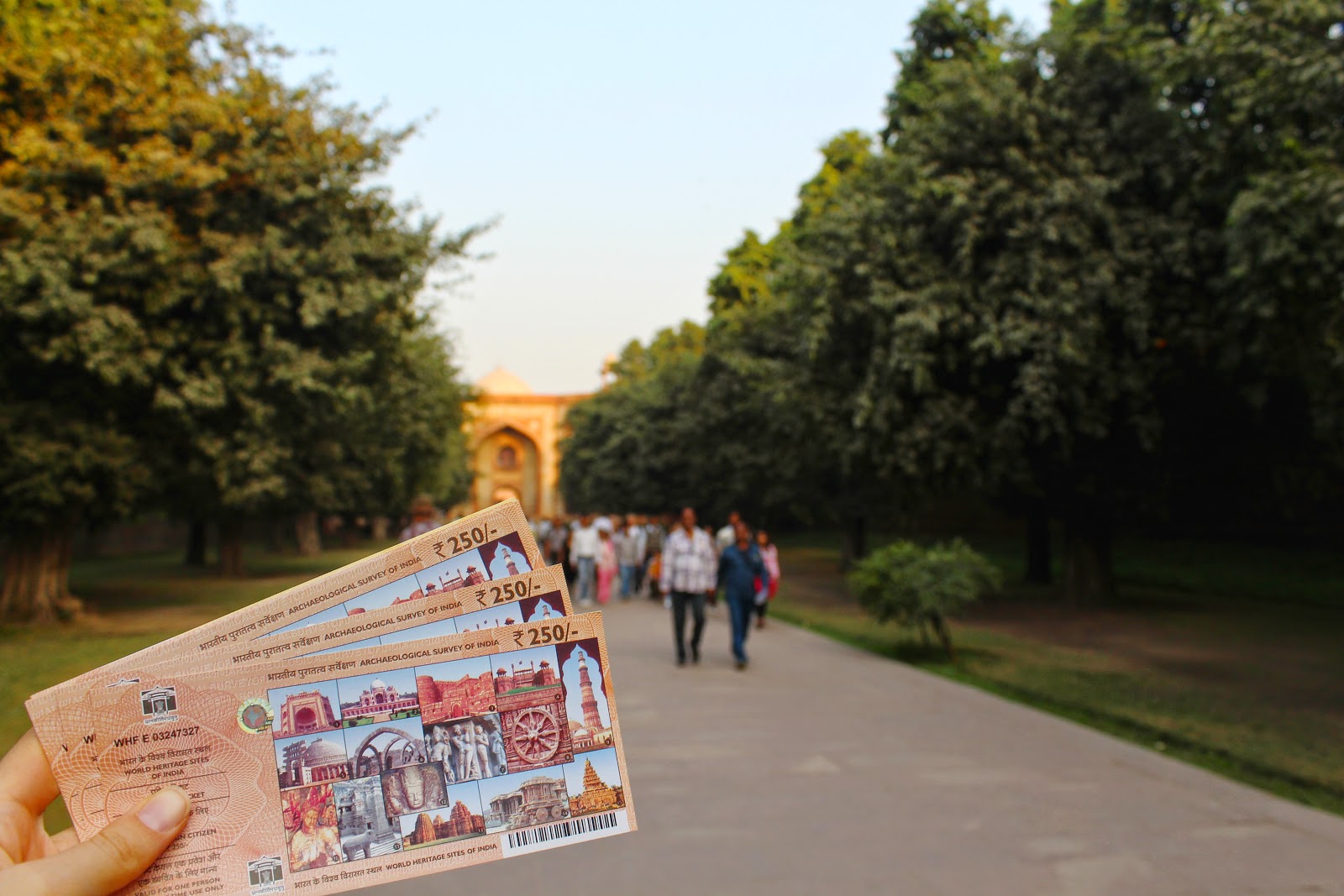 ^^ we started here at humayun’s tomb, a famous
sight right in new delhi. it looked like a smaller,
red taj mahal to me and made me excited for it! 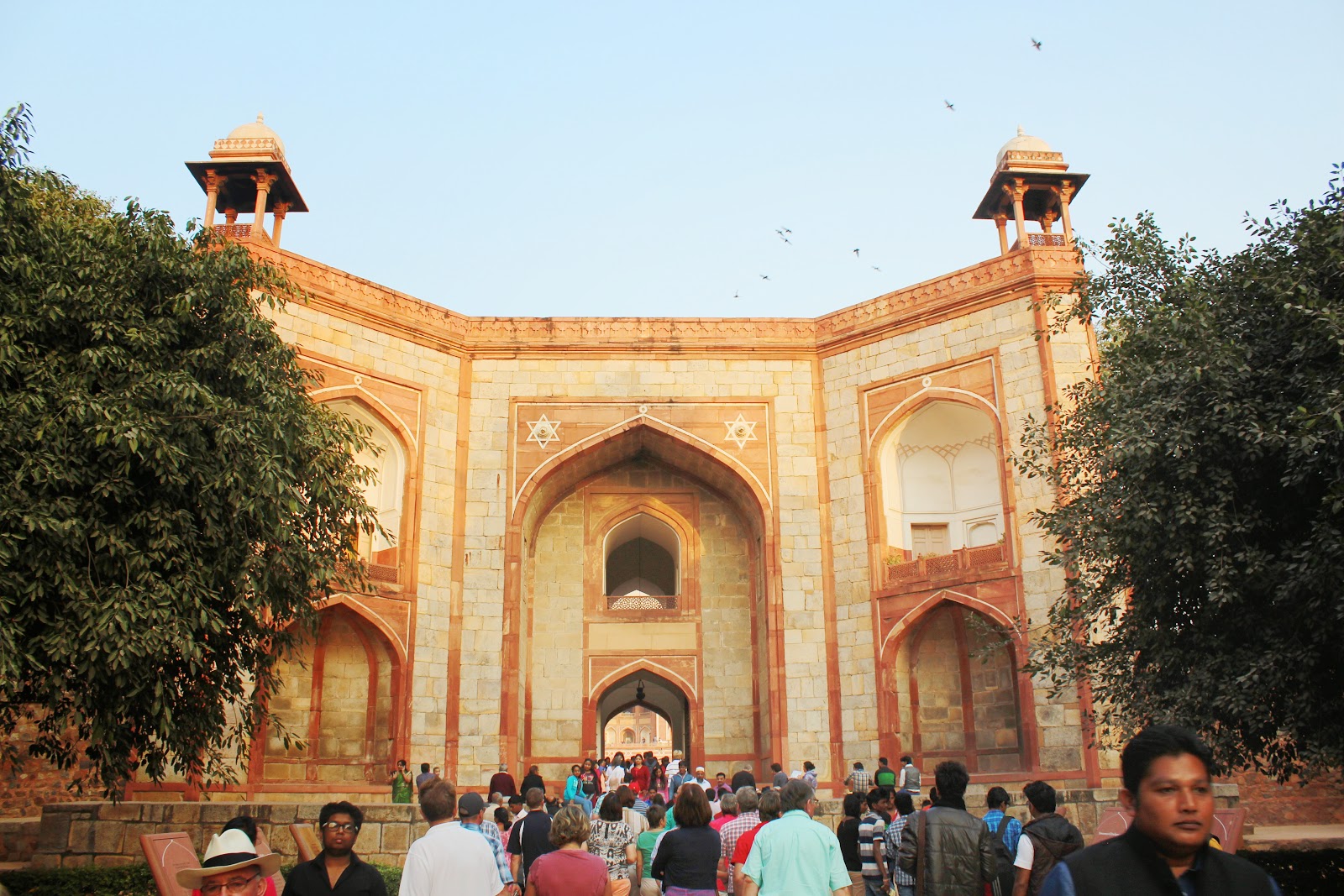 ^^ the grounds of this tomb were sprawling.
i couldn’t believe how massive it was! paths
spread in all directions taking you to different
smaller gates, with the tomb being the centerpiece. 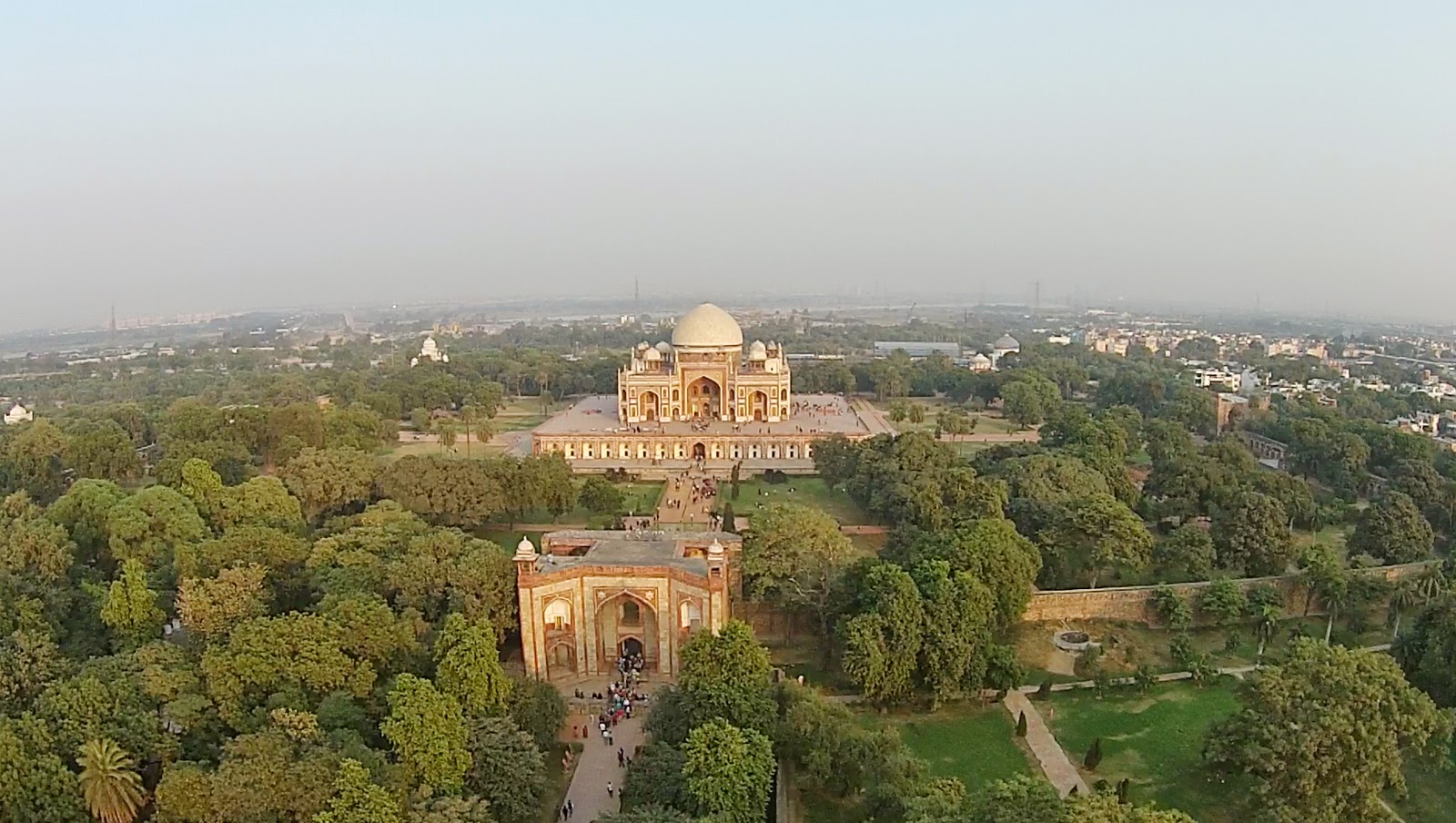 ^^ these stills were taken by chase’s copter and it shows the
lush, really nice area around. like i said, stark contrast
to the dusty and crowded streets of old delhi nearby. 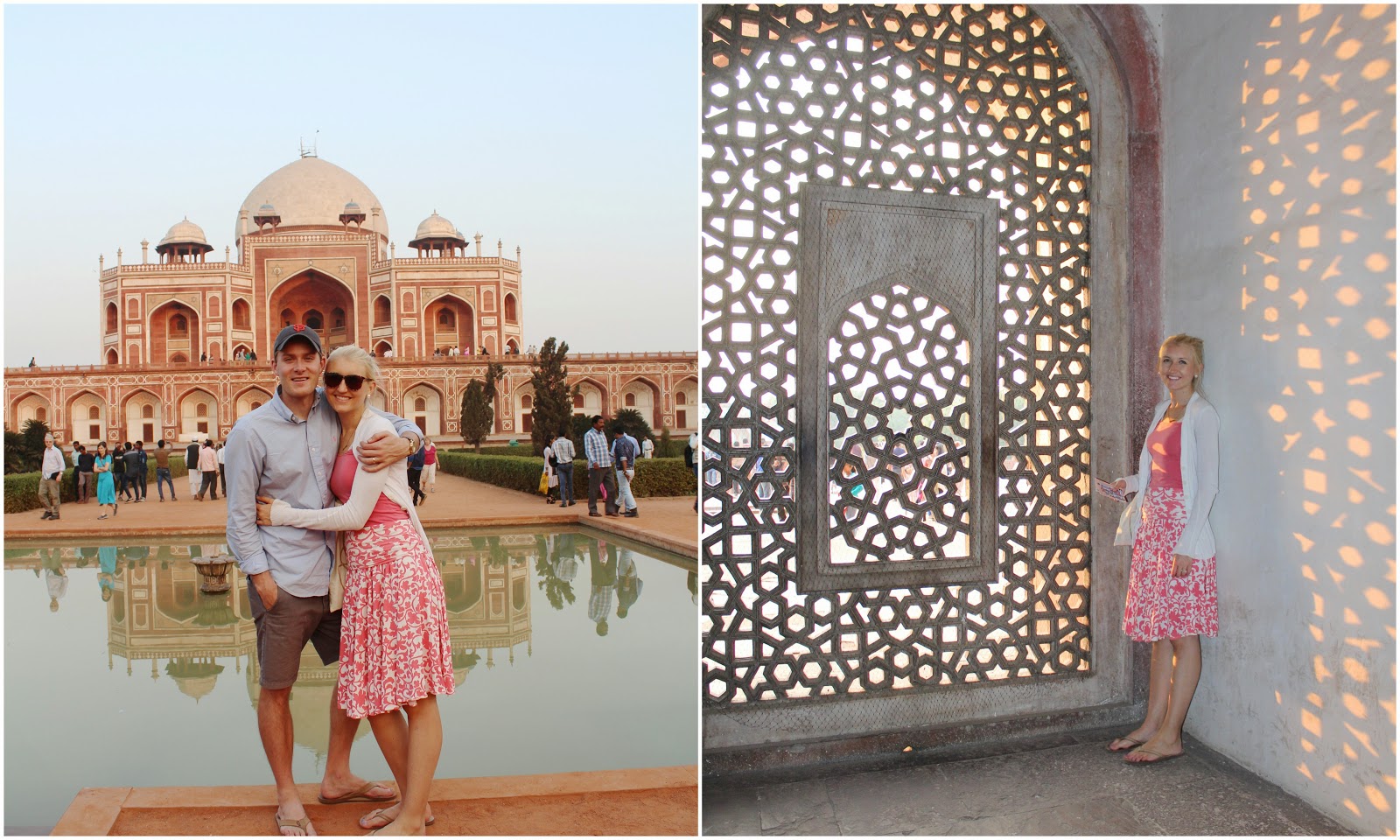 ^^ we hit humayun’s tomb at the most perfect
hour when the sunset was golden and making
everything glow. it was really so lovely to take in. 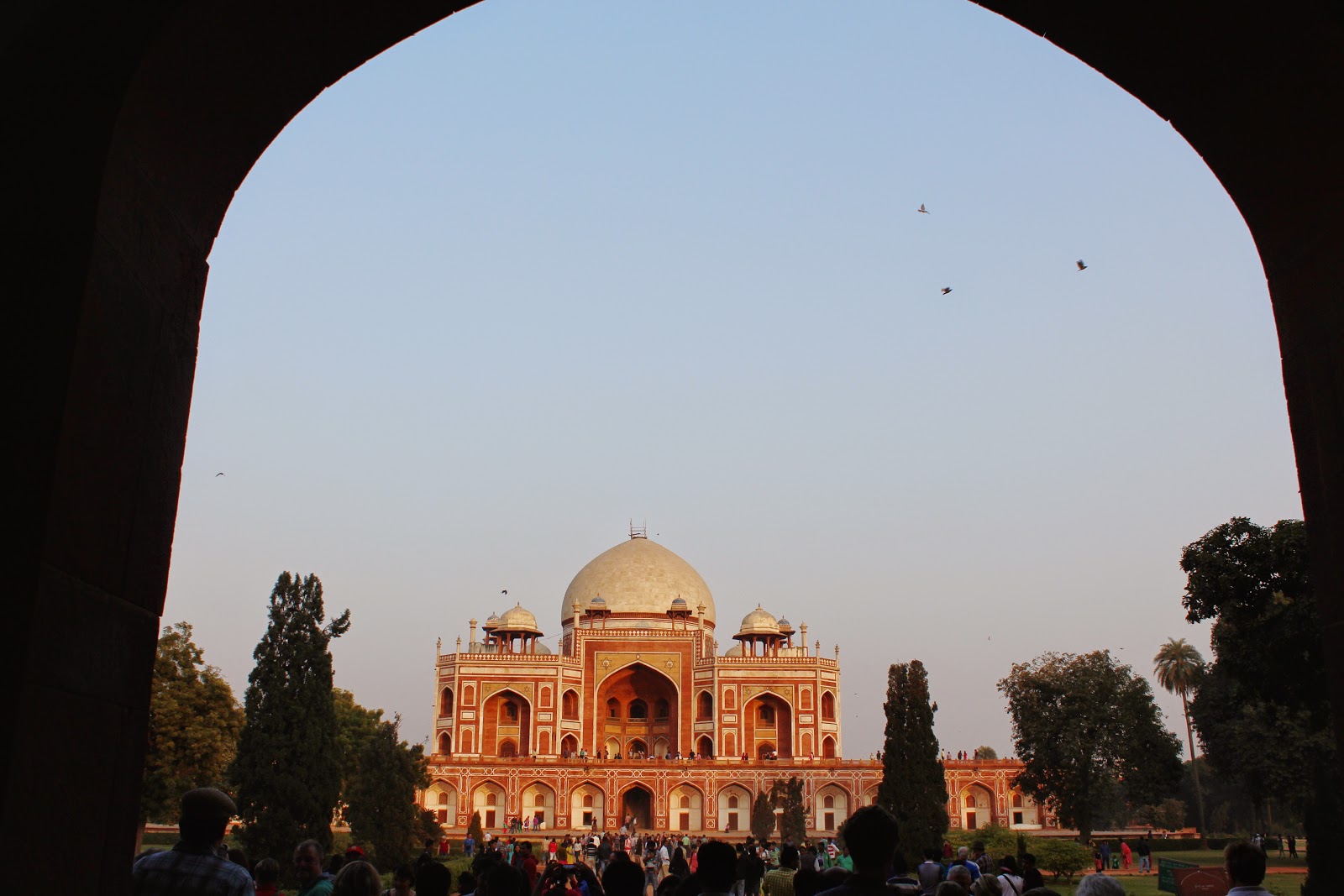 i stood staring at it for 10 minutes because of that light!
it’s hard to tell in pictures but it was radiant. 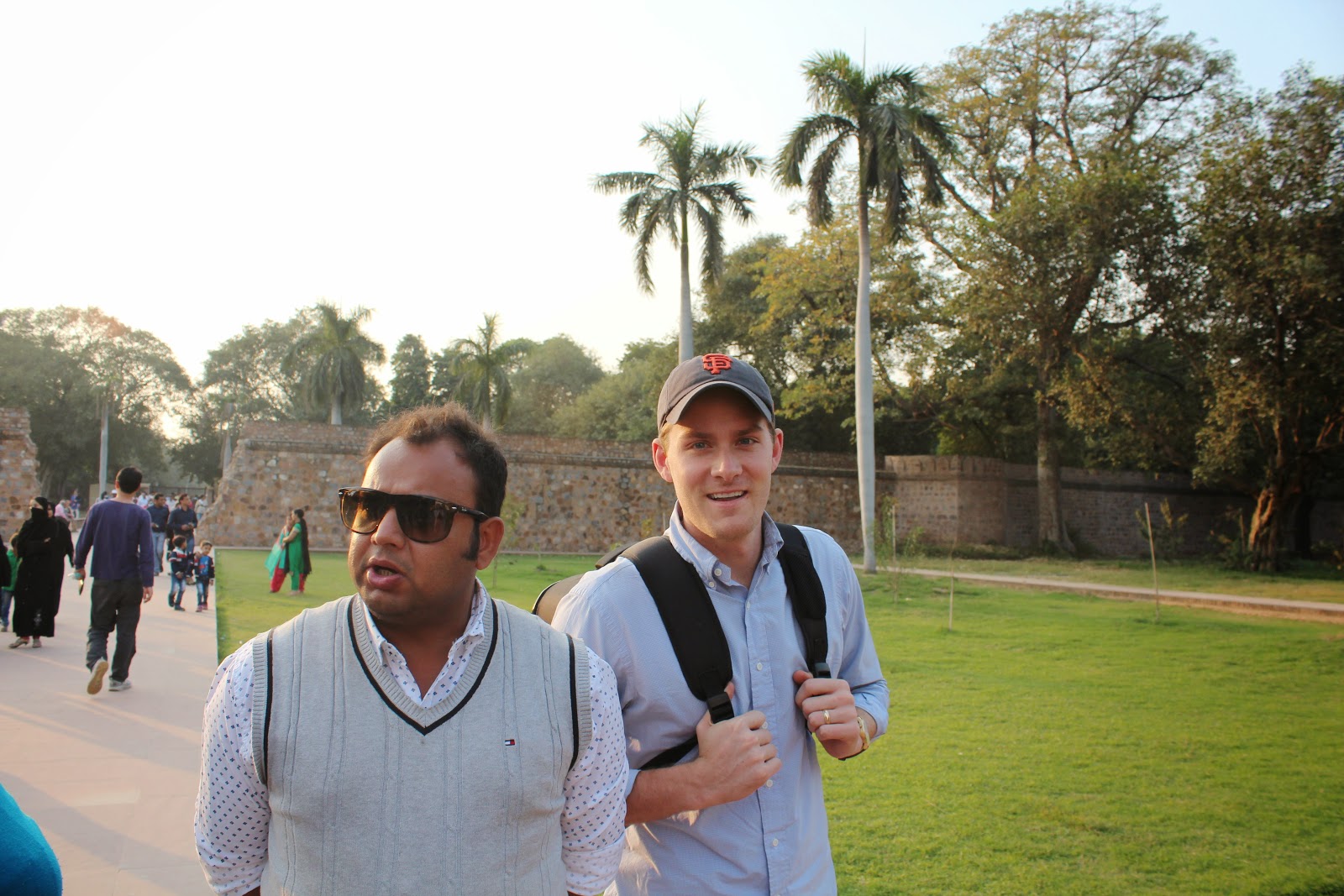 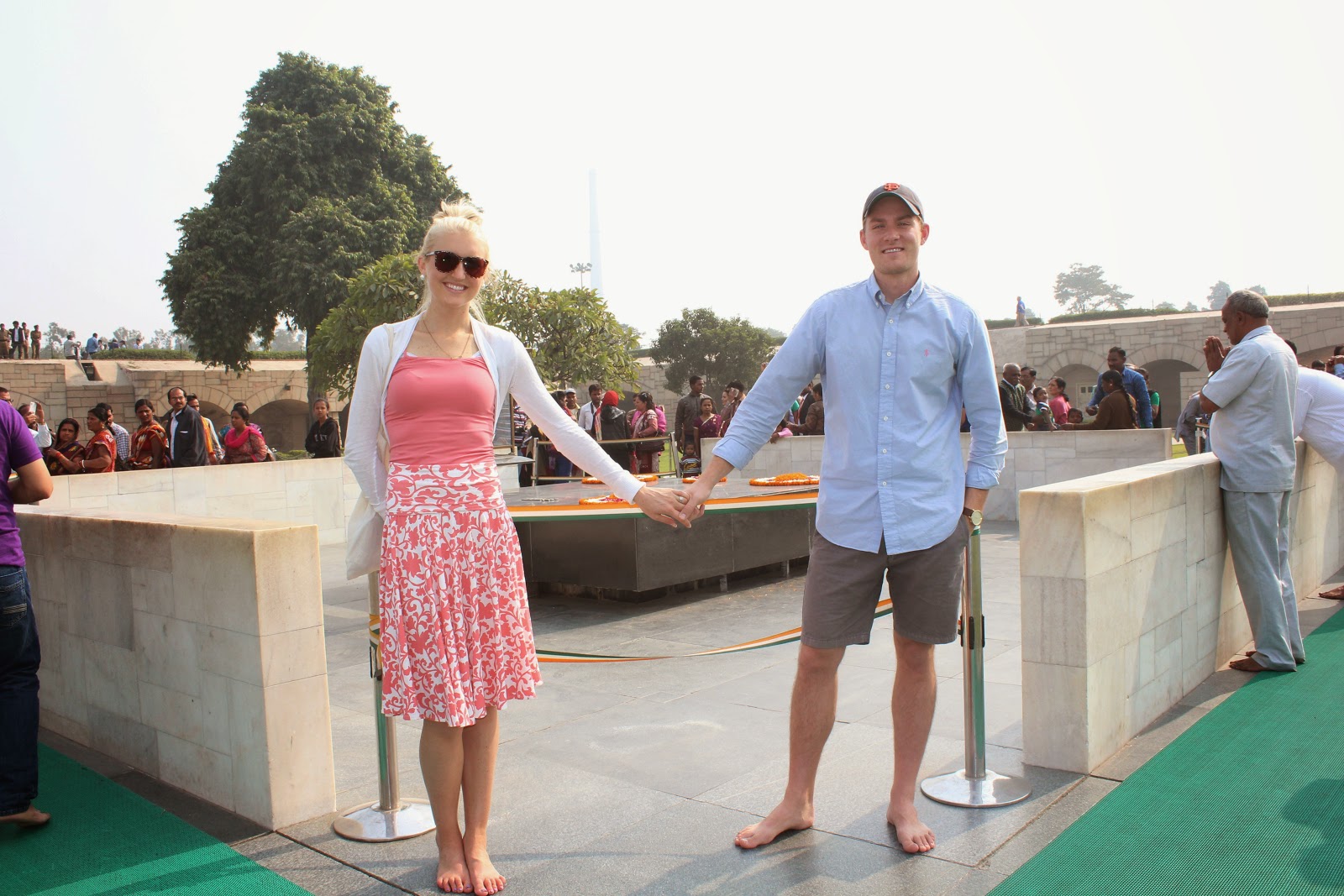 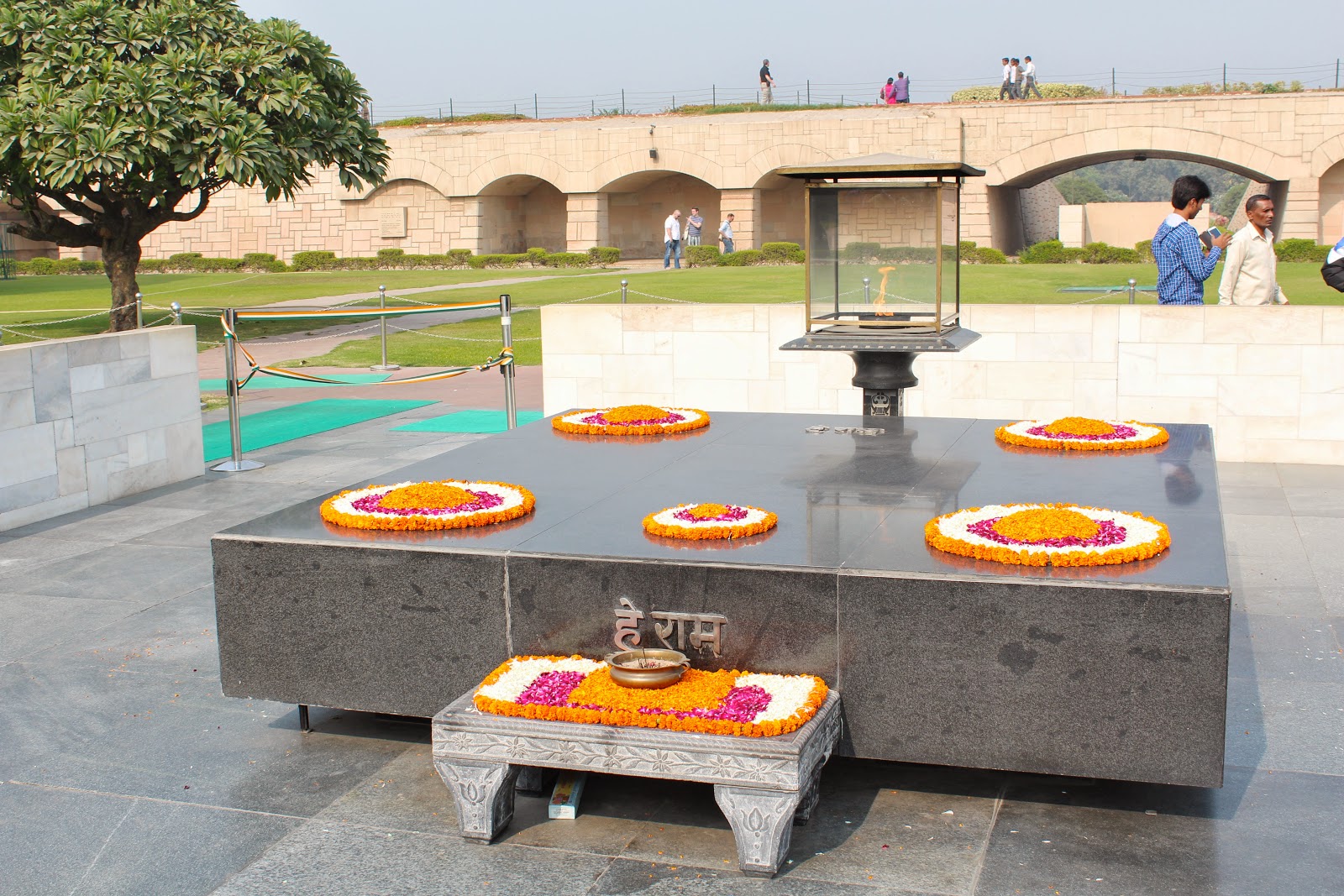 ^^ next we made it to the gandhi memorial, which was
one of my favorite things. it’s called the raj ghat and it’s a
tribute to an amazing man who we learned a lot more
about while visiting his memorial. he is so revered in india
{& throughout the world} but being there gave a whole new
feel for him. i loved learning that he lived in south africa for
years and made a major impact there. i’ll have to
learn more about that when i visit my parents in SA! 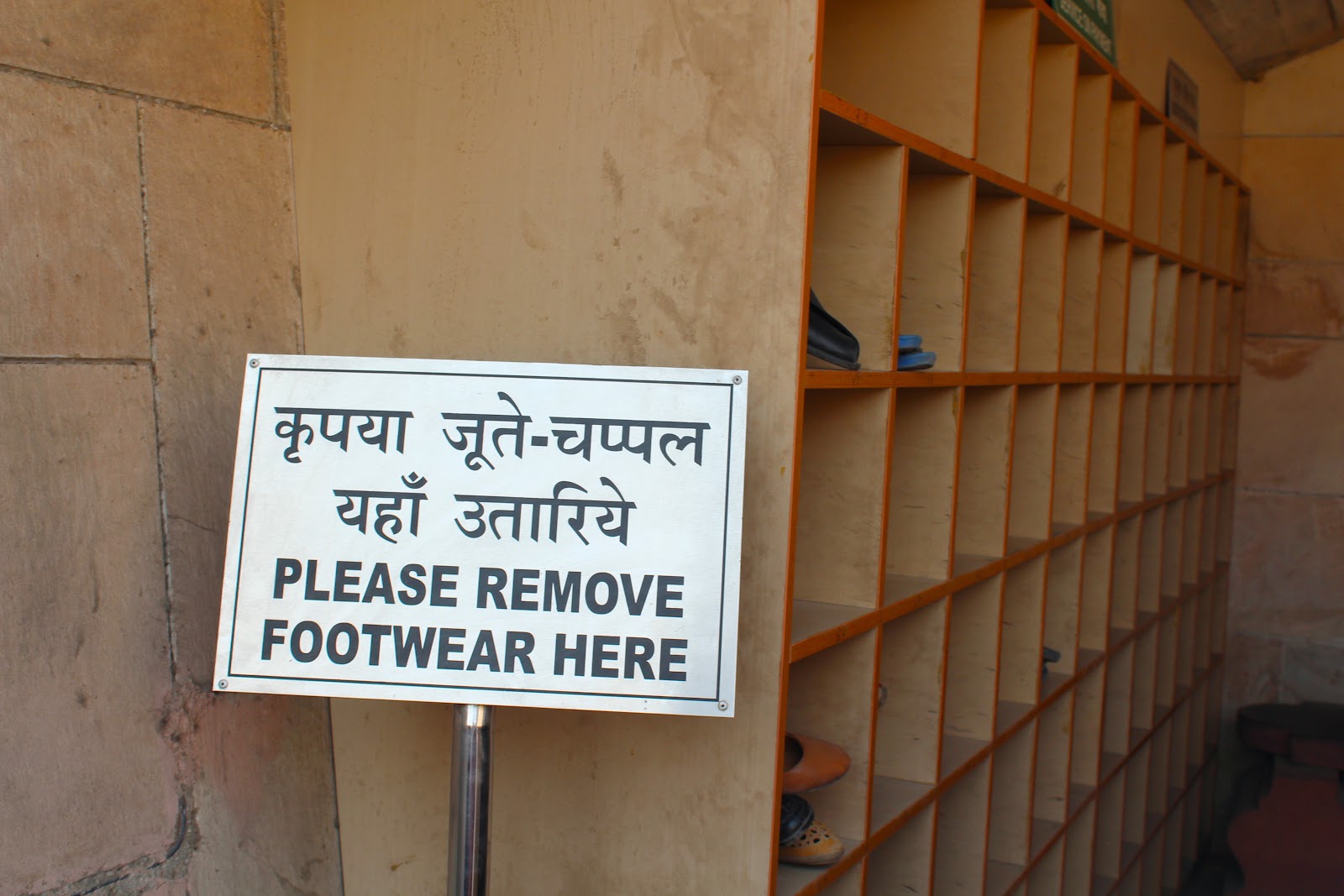 like many places in india, you remove shoes
here out of respect. despite the dirty feet at the
end of the day, i love this custom in india. ^^ 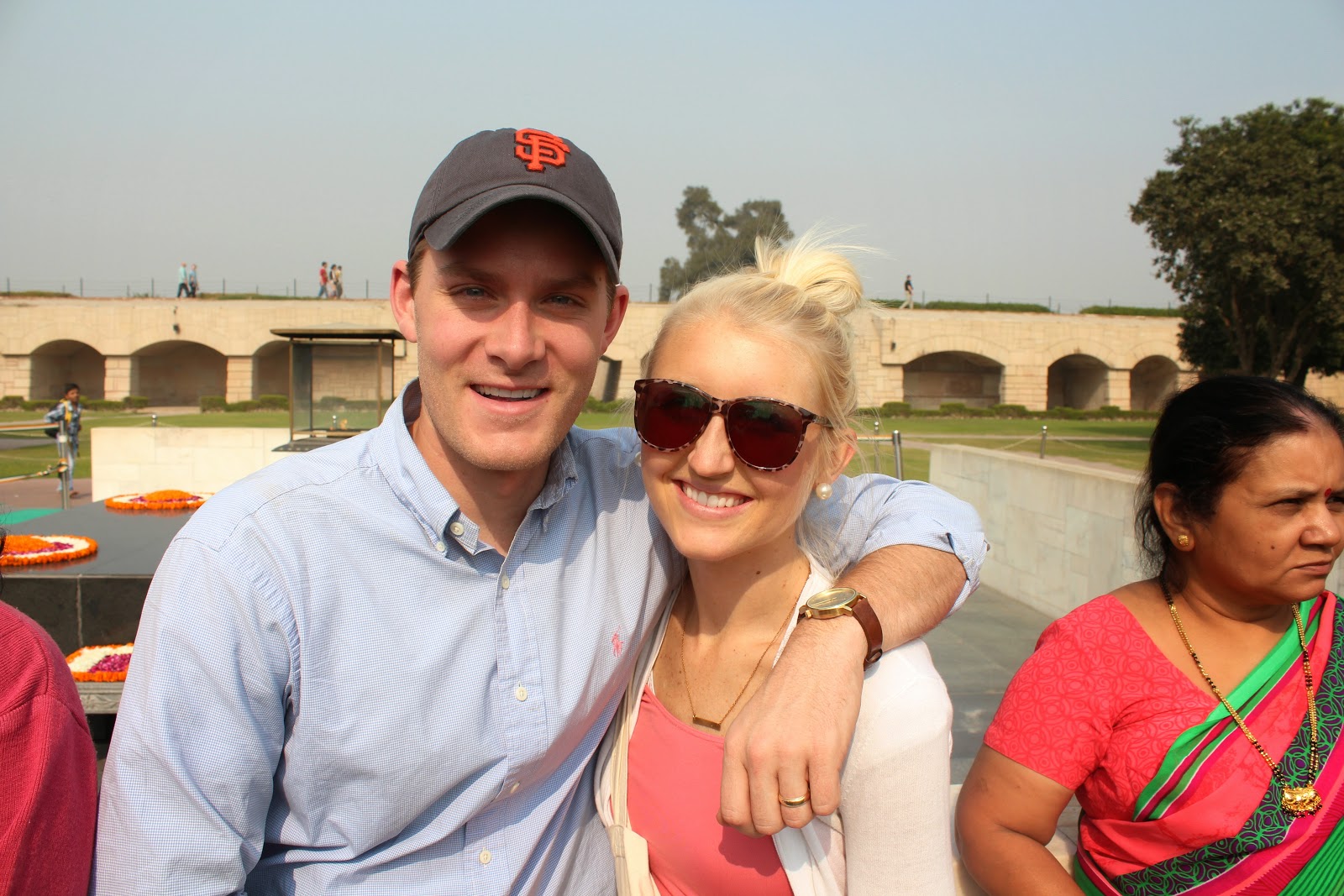 there is an eternal flame here for ghandi behind us ^^ 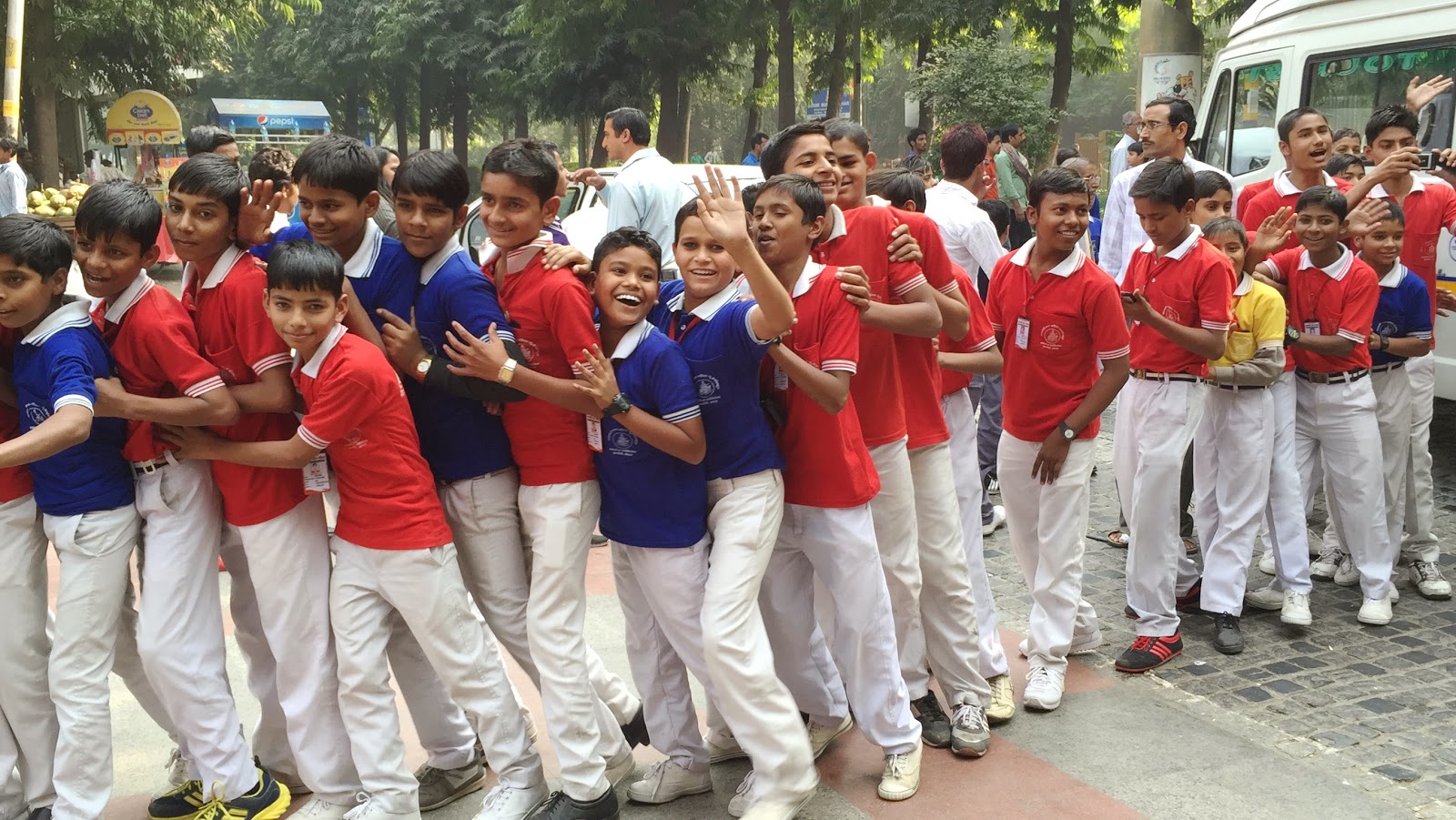 ^^ cute kiddos at a field trip to learn about ghandi.. 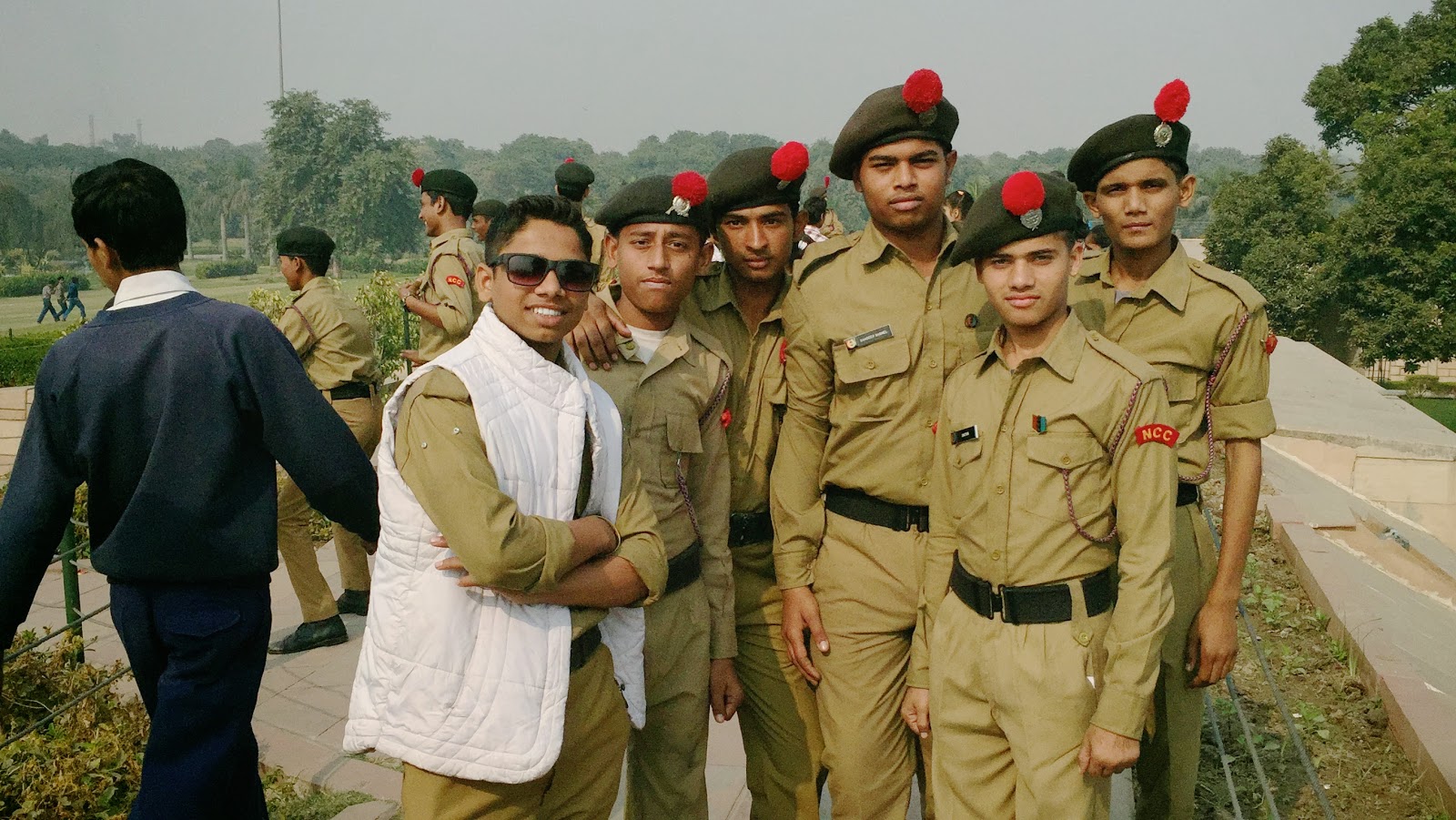 ^^ and cute little cadets in training… 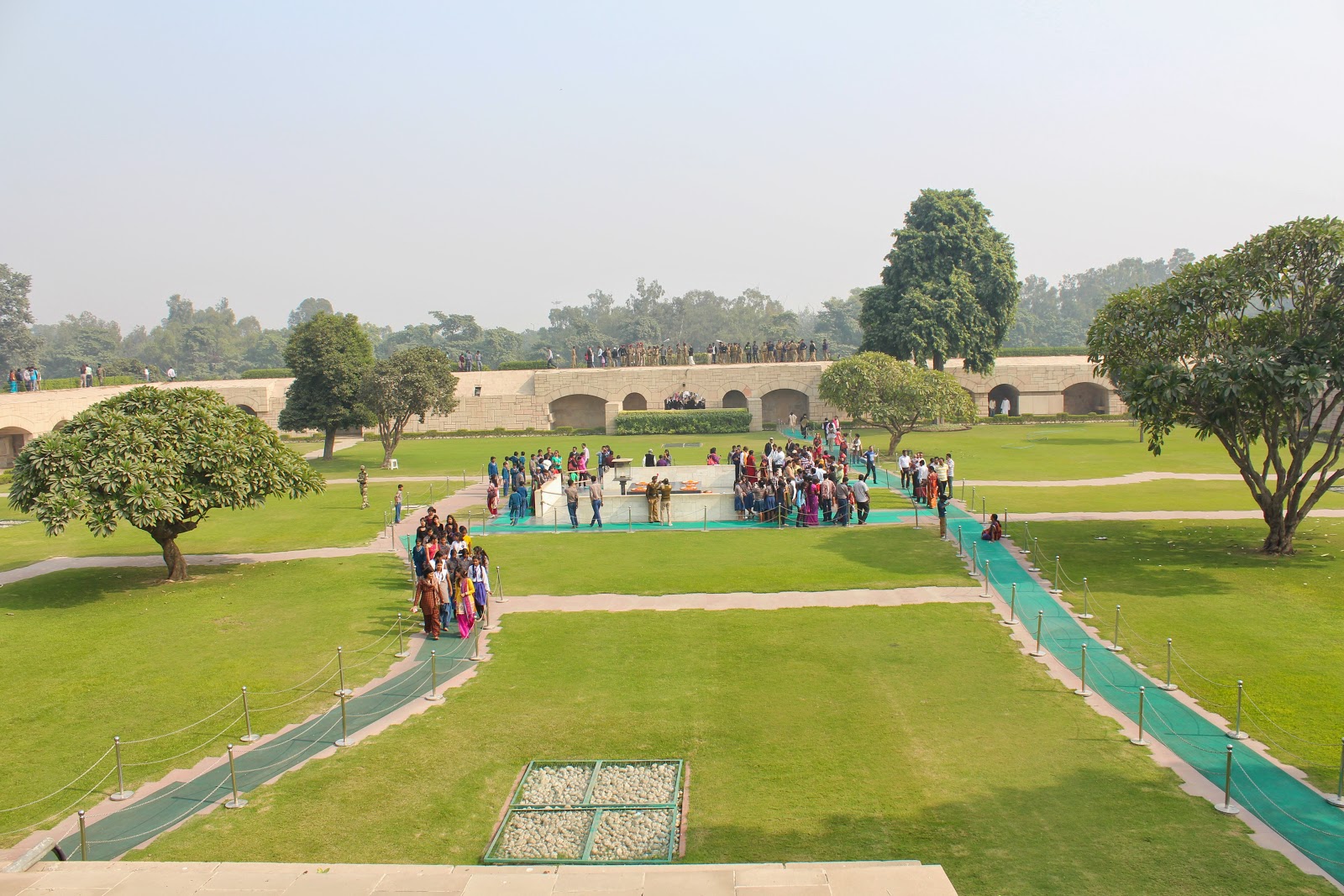 the grounds are pretty and well-kept and you
can feel the respect they have for this man. ^^ 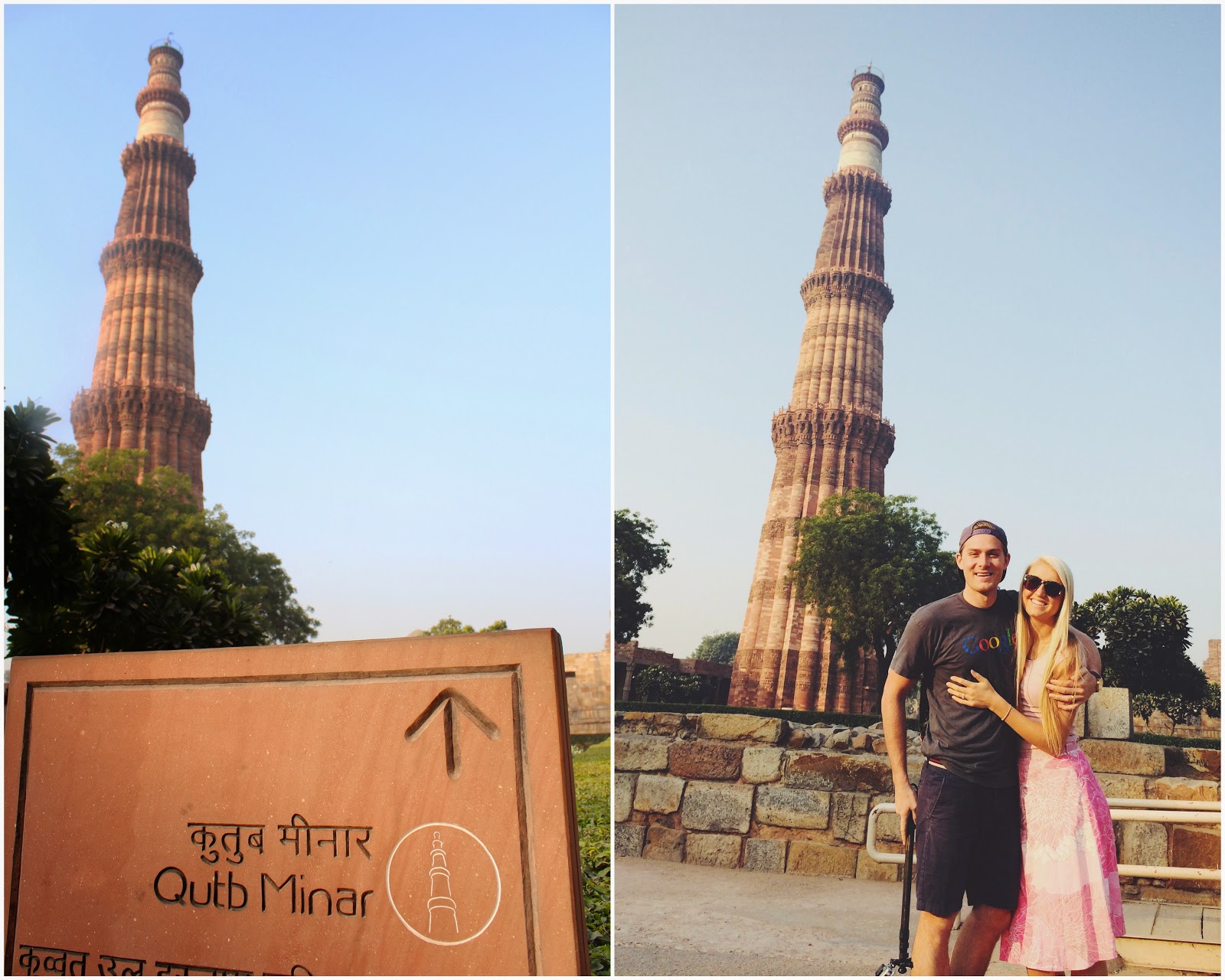 lastly we visited qutb minar, the world’s tallest brick minaret.
i can’t believe the amount of monuments and amazing
structures throughout india. they are everywhere alongside
modern cities and there is so much to take in at each stop! 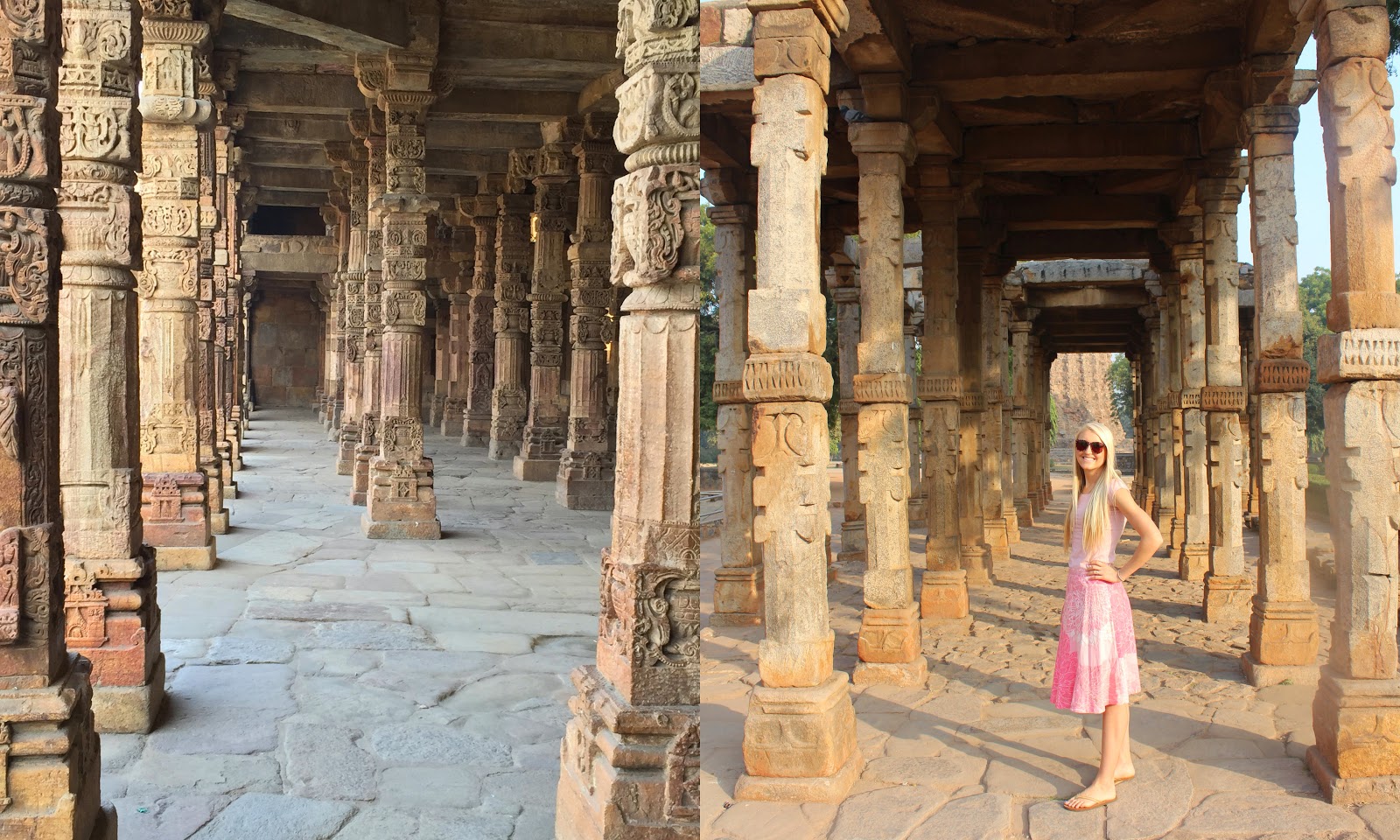 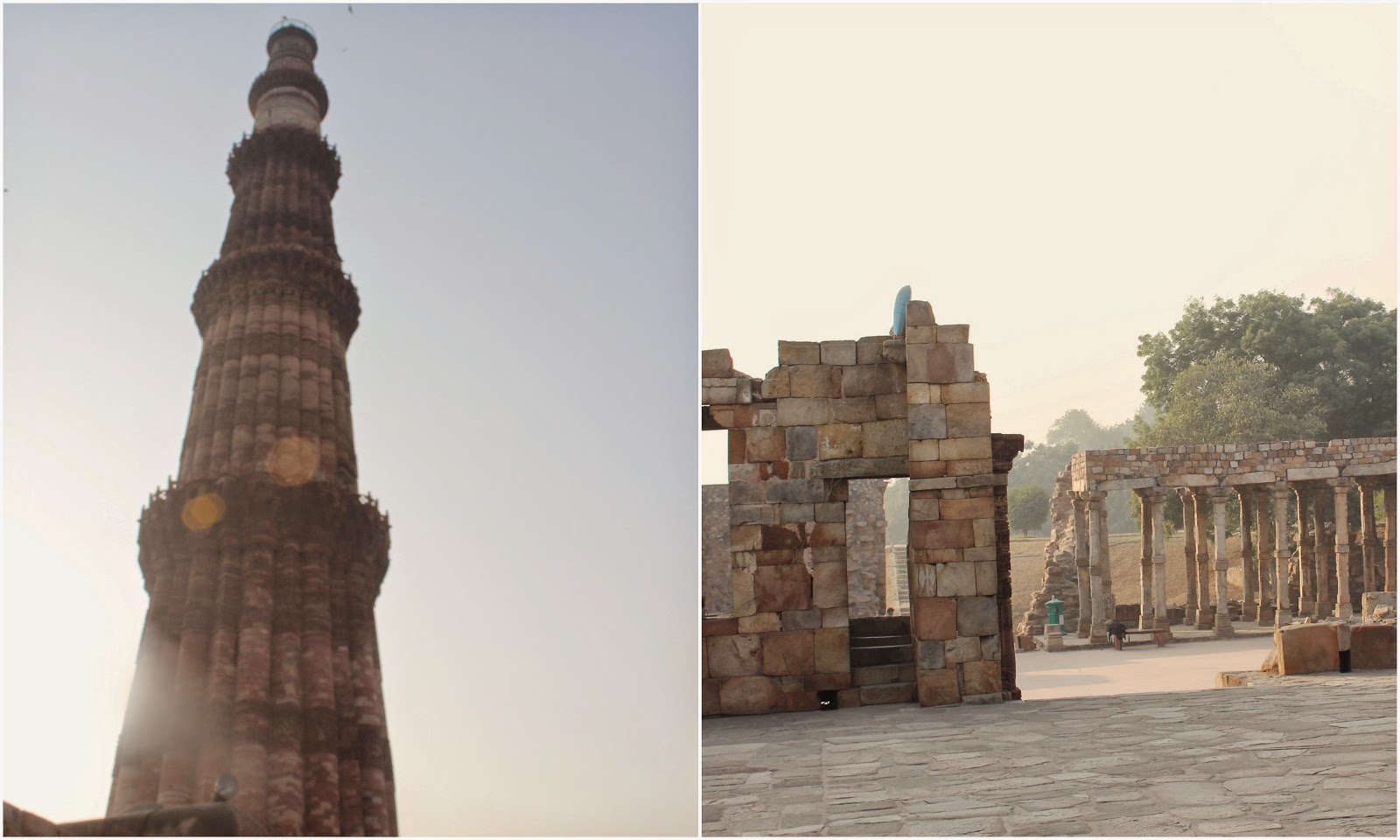 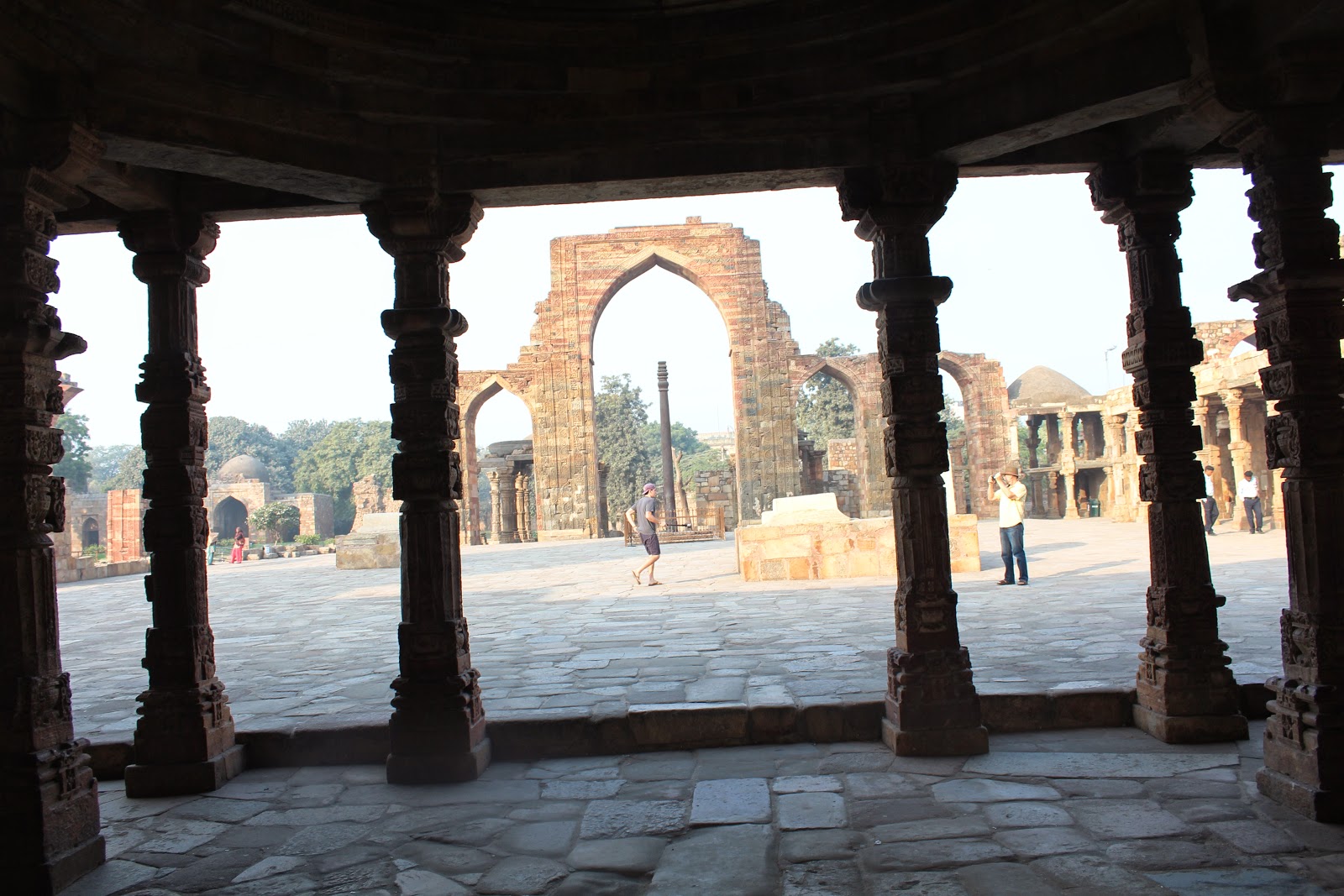 at night we drove past all of the government
buildings since new delhi is the capital of india.
we loved seeing the india gate, parliament house,
and the presidential palace…especially in dusk light! 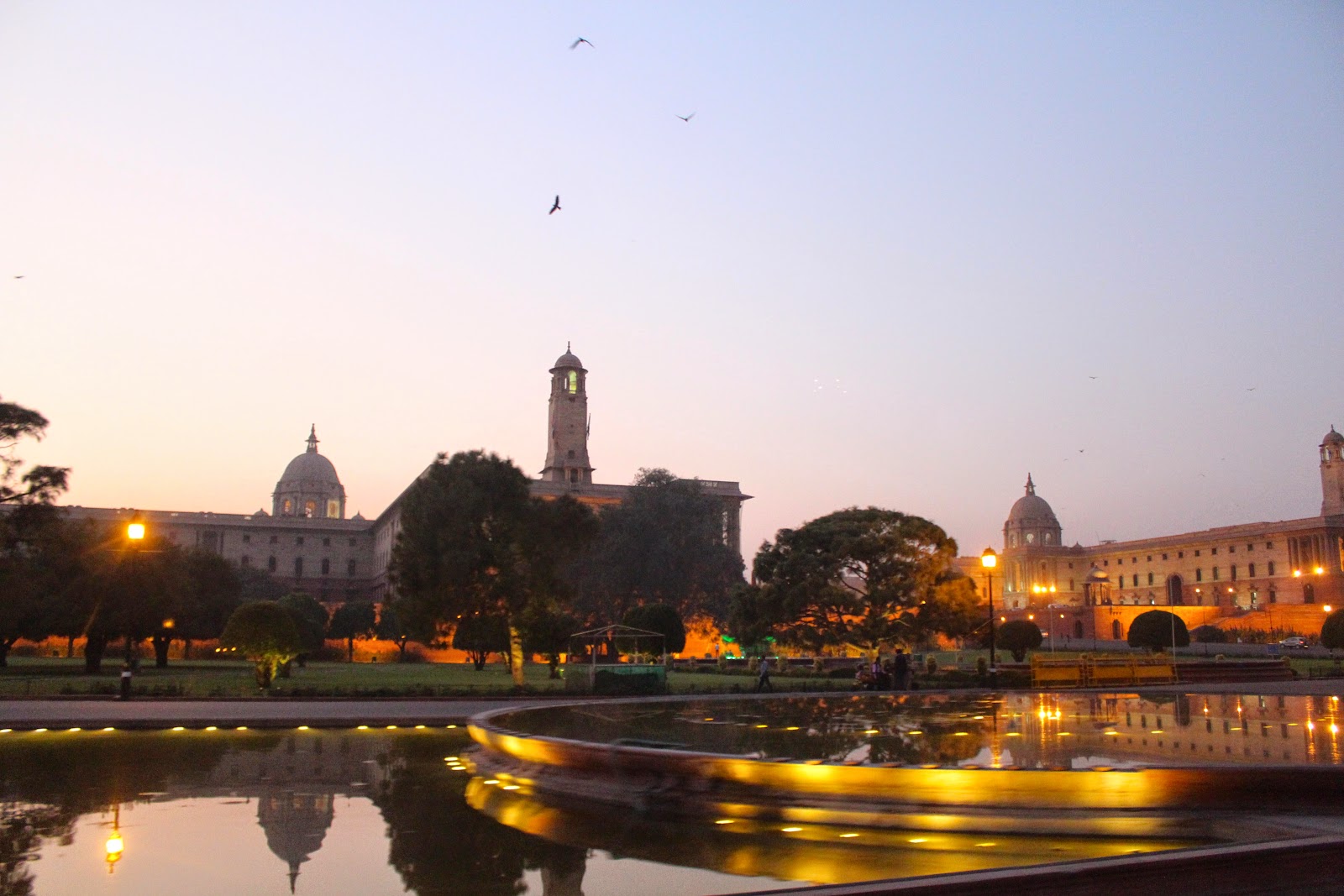 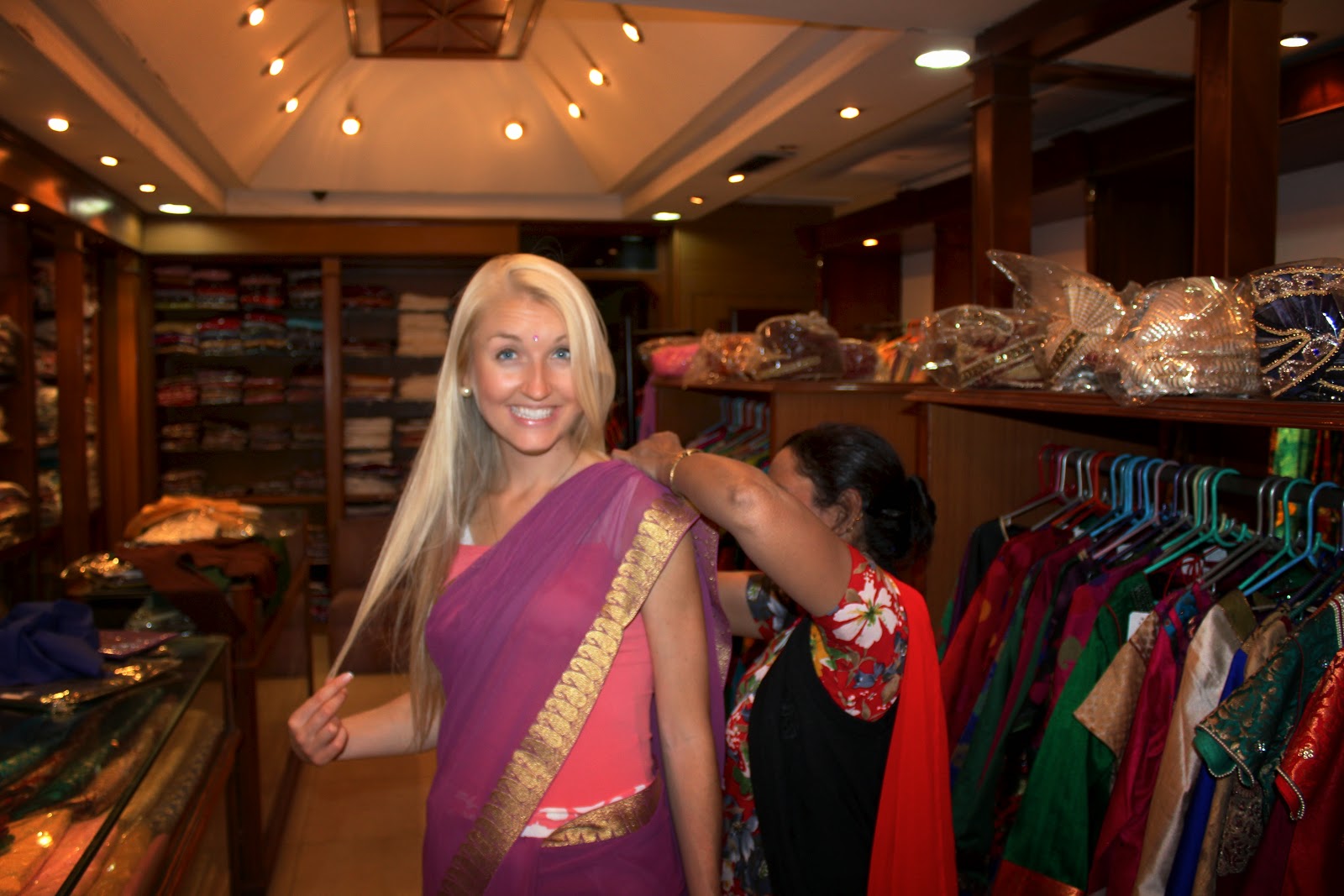 and somehow that night i got talked into
trying on a sari! the lady wrapped it so
intricately around me with all the folding
and fitting techniques. i would never be able
to do that at home! i love the colorful way
they dress and loved trying this one on.
delhi was a great introduction to india,
and then it was on to jaipur {my favorite
city that we visited}. more from that soon!
xoxox
Author: emi
Filed Under: 2014, adventure, asia, husband, india, travel, vacation
old delhi
jaipur: india’s pink city