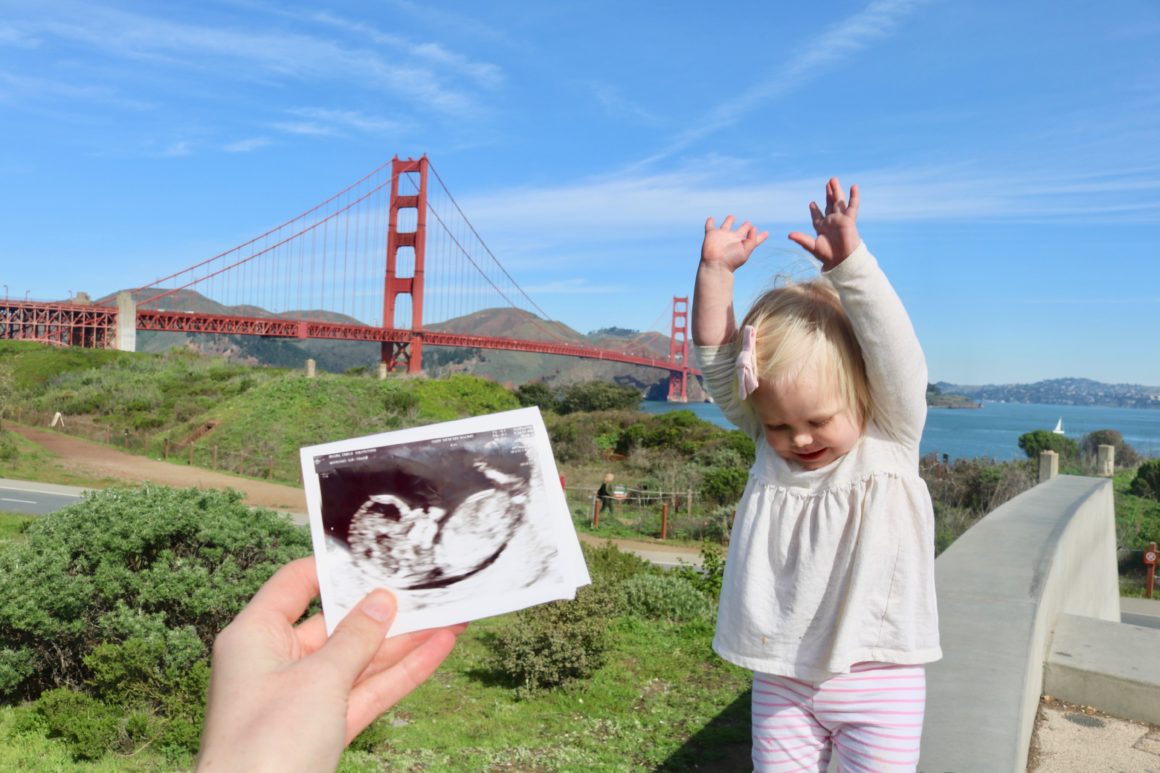 I posted it here last week, but we feel so lucky to have baby #2 on the way in August!
I can’t believe we get to do this all over again. A second pregnancy is so fun because
now we know how fun and amazing the whole process is, and it’s a little less scary
and unknown. The less fun part is remembering how rough the first few months
can be haha, and I’ve been pretty sick since the end of December…not in the
same way as with Reagan, but just constant nausea, exhaustion & headaches
that seemed so much worse when having a little toddler to keep entertained.
I’m now past week 19 which is when I started to feel a lot better last time,
and that’s proving the same this time..thank goodness! It probably didn’t
help that we traveled to the Middle East right at the end of my sick phase.
It was rough and I threw up on a lot of planes haha…ha but it was worth it.

Even through the awful sick parts, I have reminded myself that it’s for the best
reason ever and we are so so grateful. Our babes will be 2 years and 1 month apart,
which is the closest we wanted them and what we were hoping for – so we are lucky!
It will be a little crazy at first I’m sure, but worth it in the long run. I can’t even
imagine having two, but cannot wait! We find out the gender later this week which
will make it seem so much more real to me. For now, here are a few pictures since
we found out at the beginning of December…can’t believe now it’s already almost April! 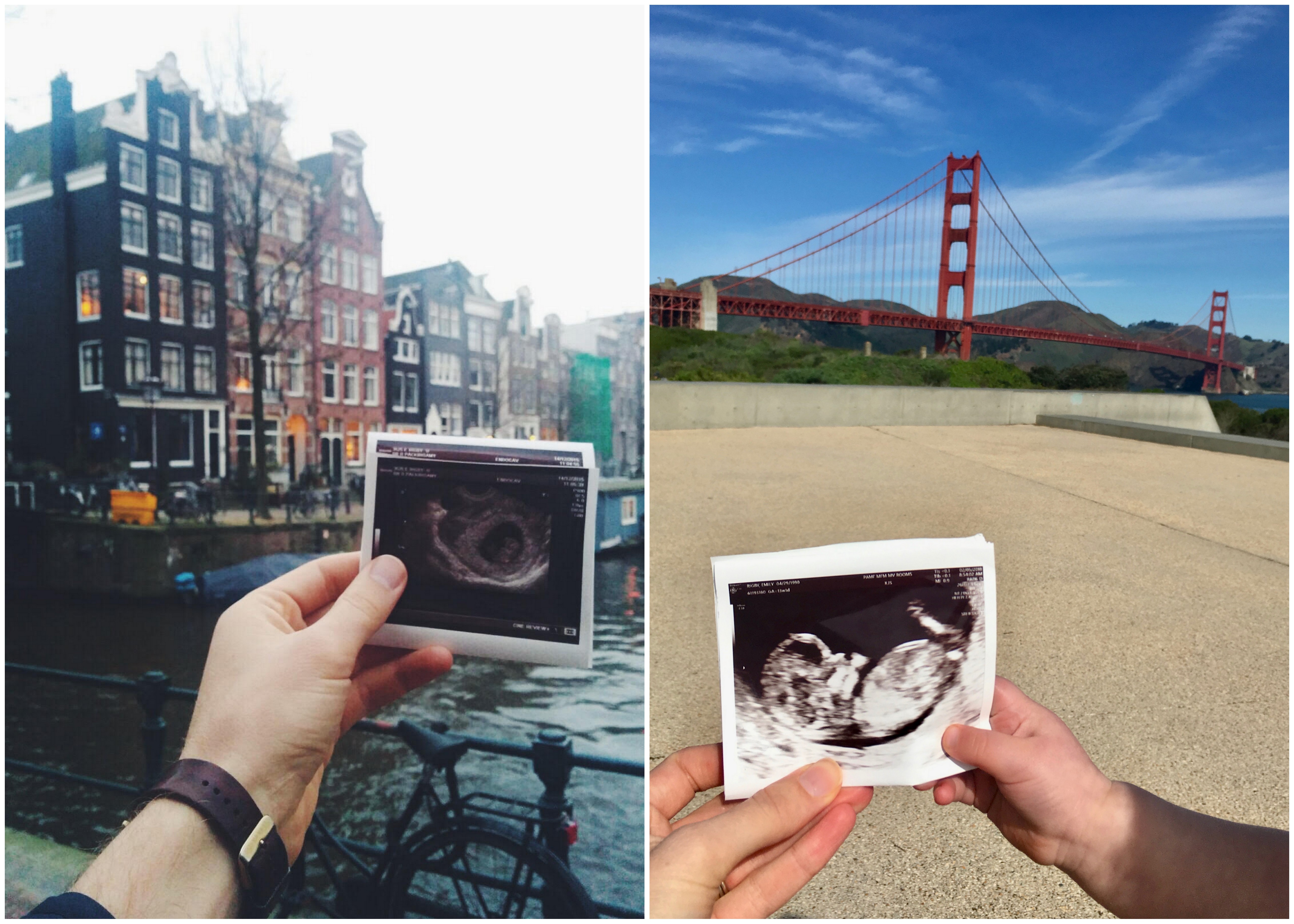 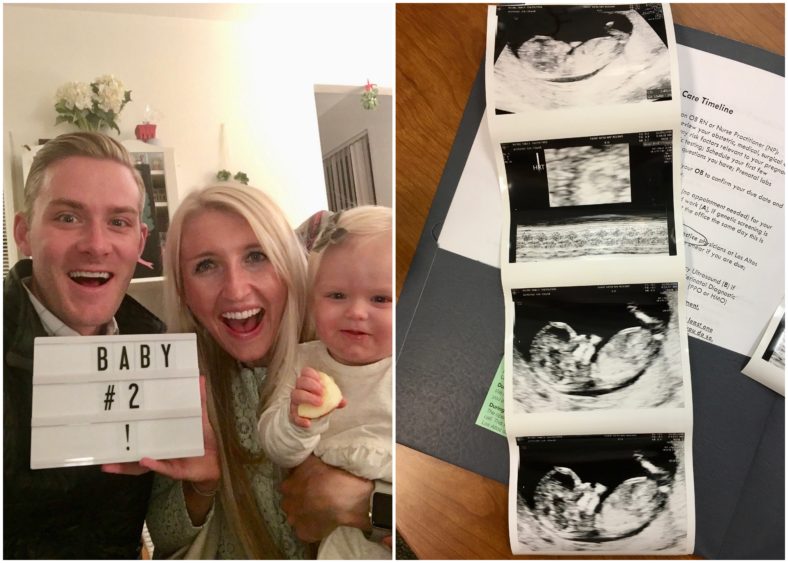 ^^ The night we found out with a pregnancy test!!
It was December 8th and I took a test at home, but I already
pretty much knew from early symptoms. Still couldn’t believe it though!
We went home for Christmas and told just our parents on Christmas Day, and
then had our first appointment when we got back to California in January. 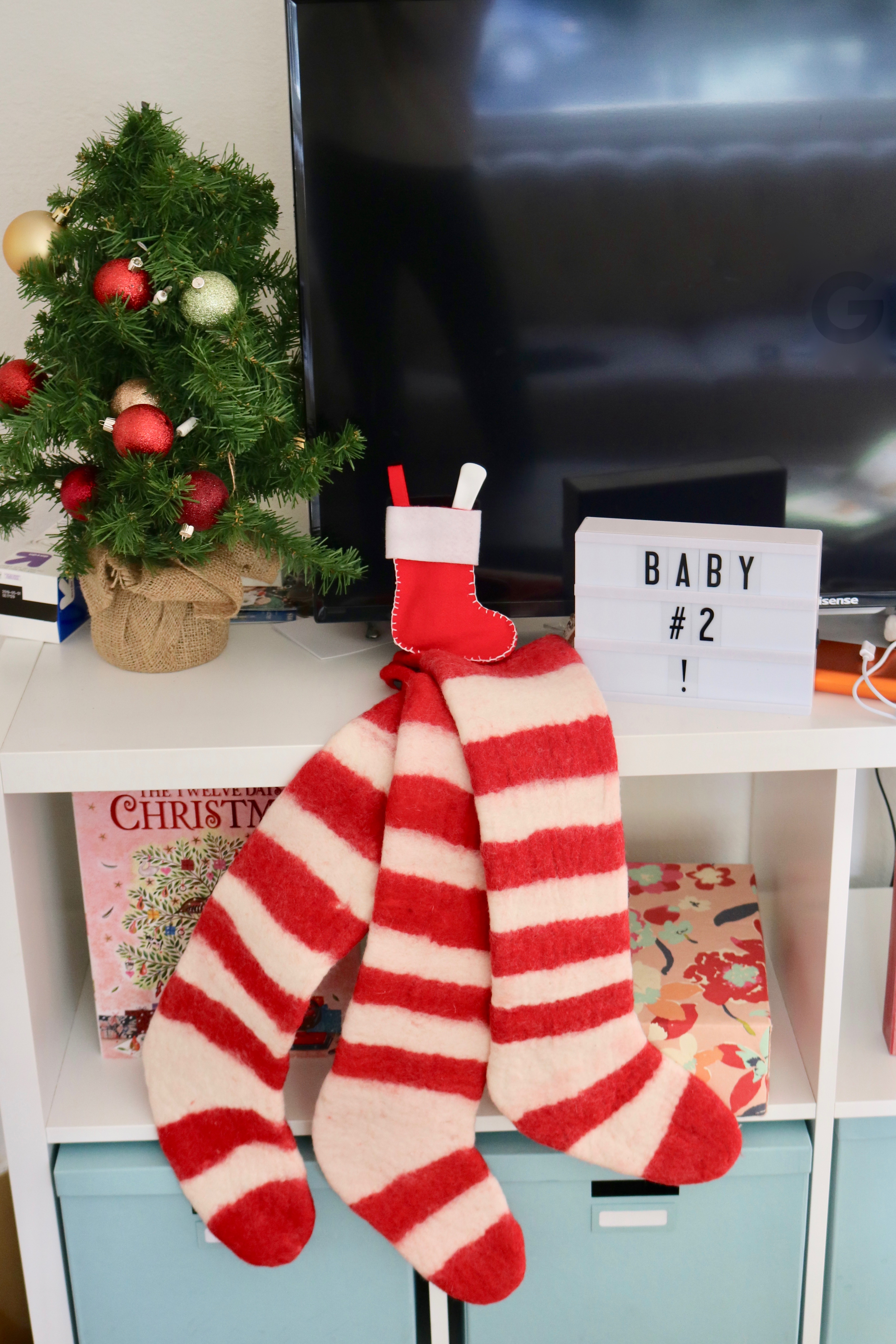 I put the pregnancy test in a little tiny stocking and gave it to Chase, and we did the
same thing to tell our parents. My mom thought we had given her a thermometer at first ha :) 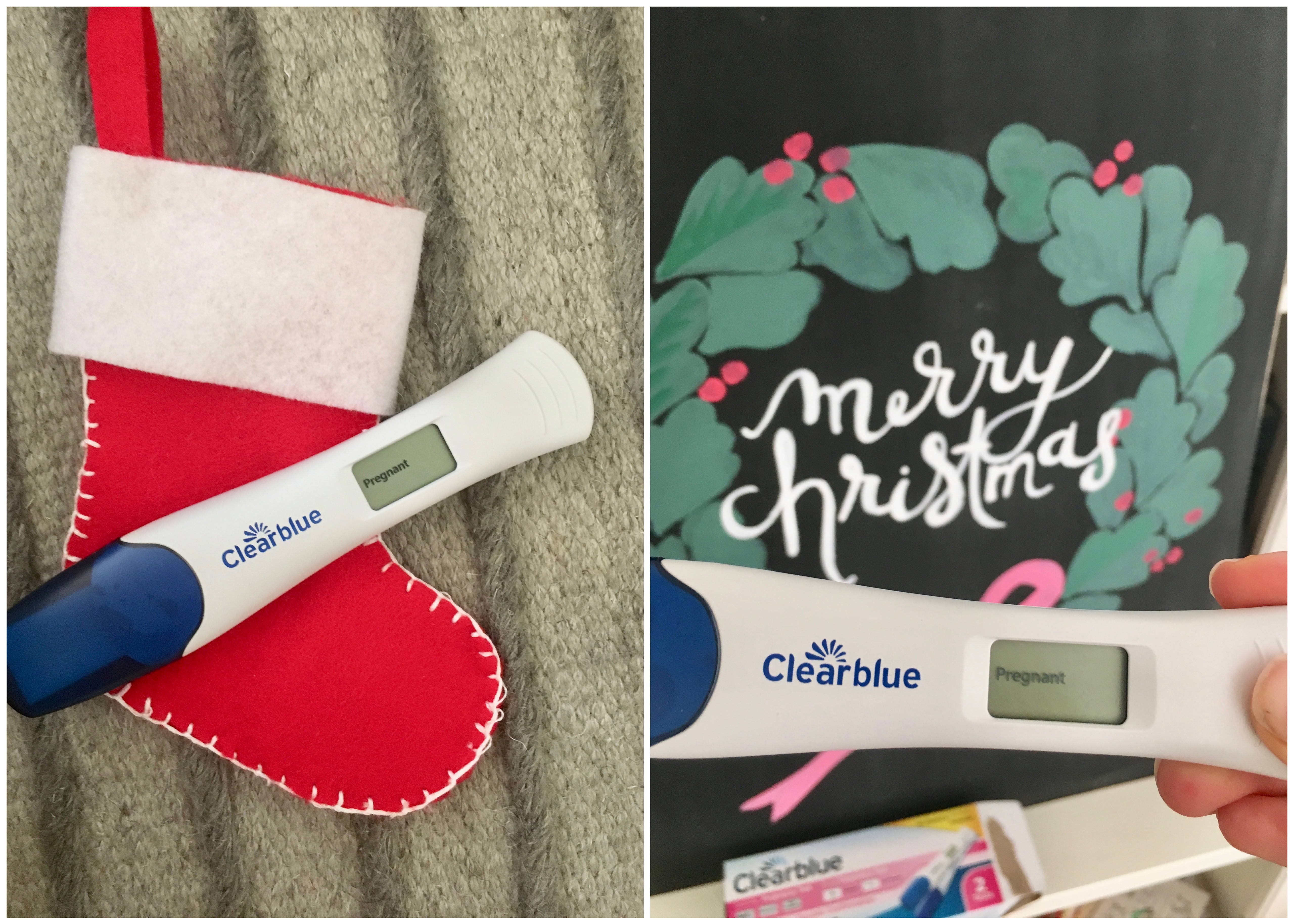 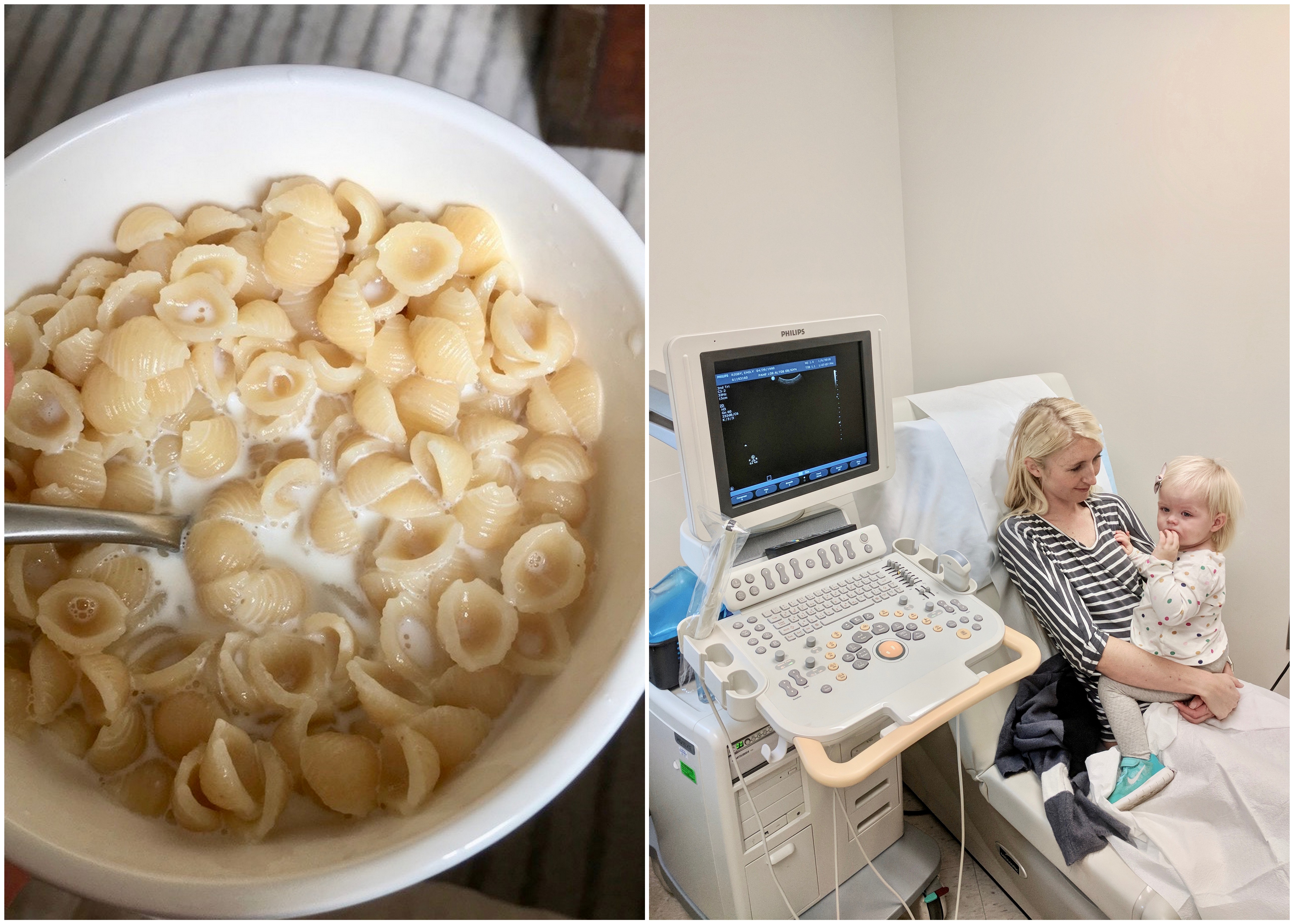 I have lived on Annie’s white shel mac & cheese for the past few months, plus pizza,
grilled cheese, quesadillas and toast. Not one work out or I’d leave the gym gagging.
So different than my normal self, but it is pretty amazing how pregnancy forces your
body to slow down and just do what it needs. This time I have listened and savored it.
But, I’m excited to feel better and eat some vegetables again soon :) Other random cravings
have been: BAGELS with cream cheese — Chipotle…so much Chipotle — and those Tostitos
tortilla chips with LIME haha. Cannot get enough of those! ^^ This was our first
doctor’s appointment and ultrasound in January. I felt sooo nauseous at this appointment
I could barely talk! But it was fun to have it all confirmed and feel real…and have Rea there! 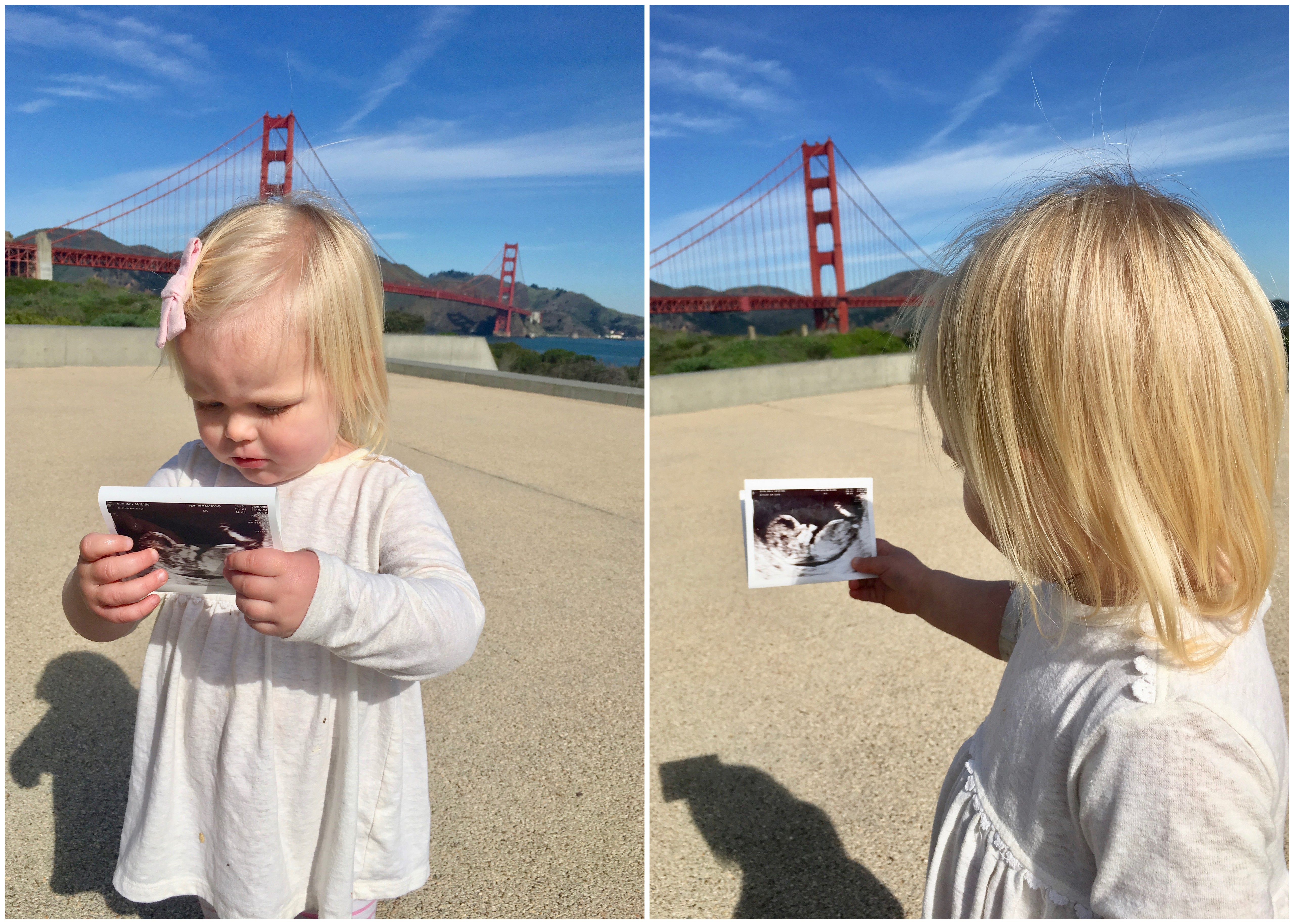 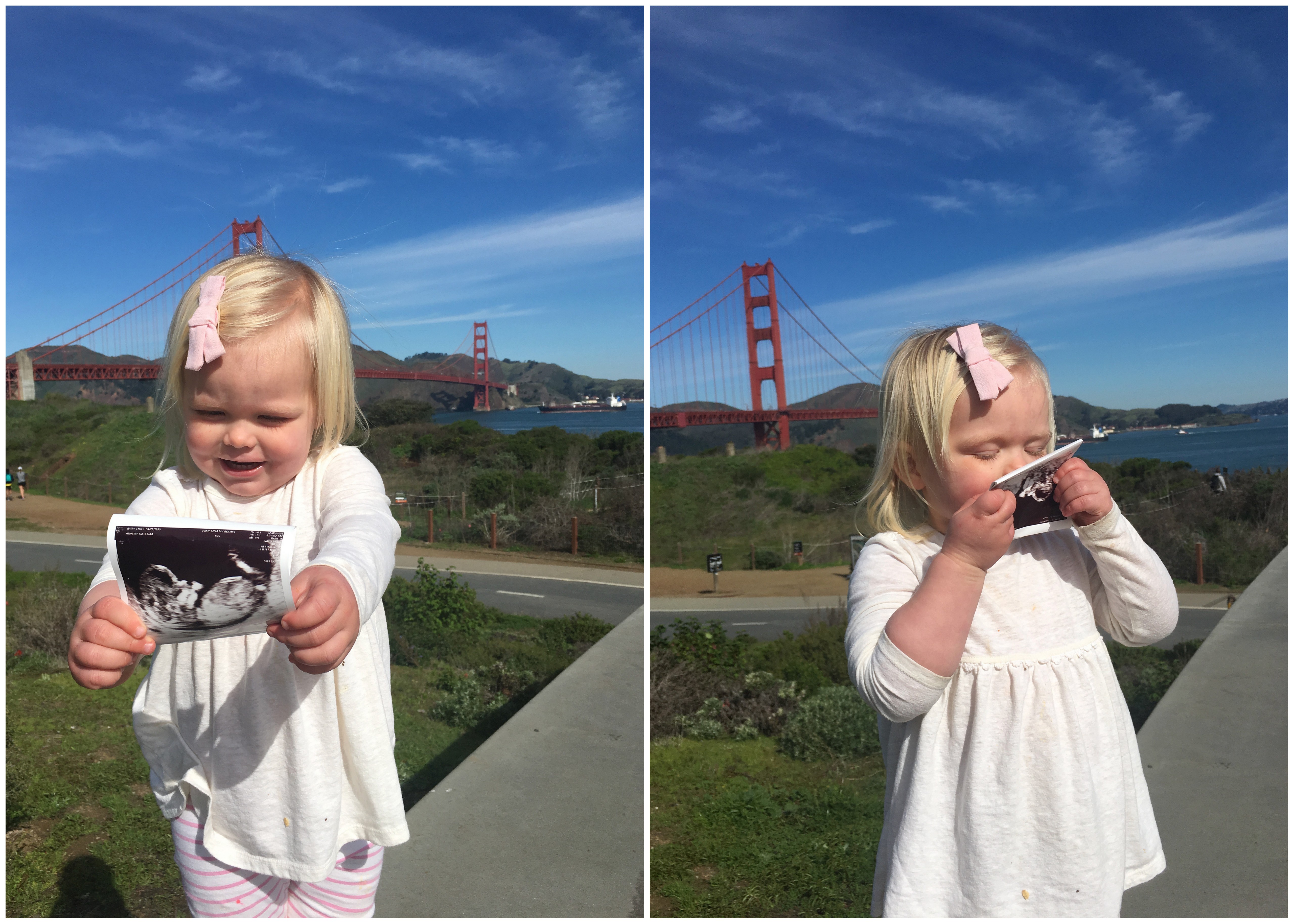 But here’s how she really feels :) 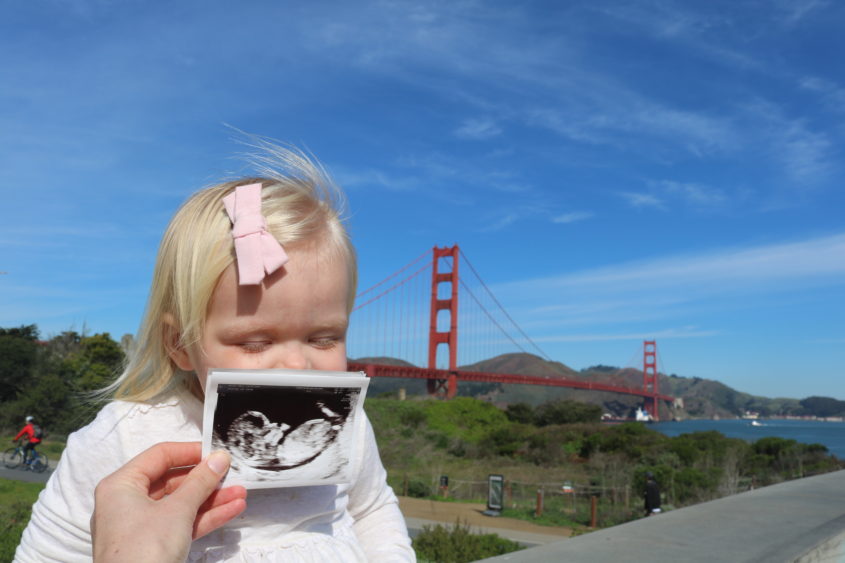 Kisses for baby brother or sister! 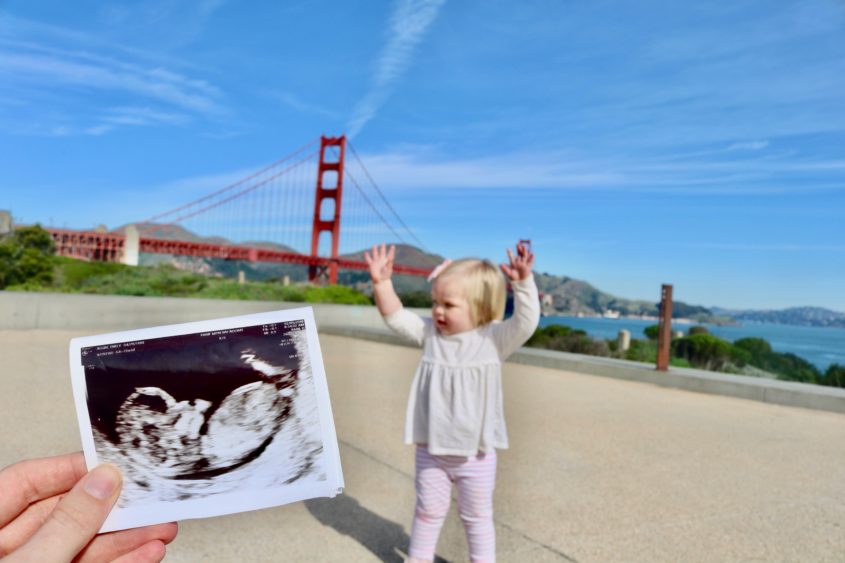 Couldn’t help myself with these pictures I took at the bridge with her :) First sibling pics! 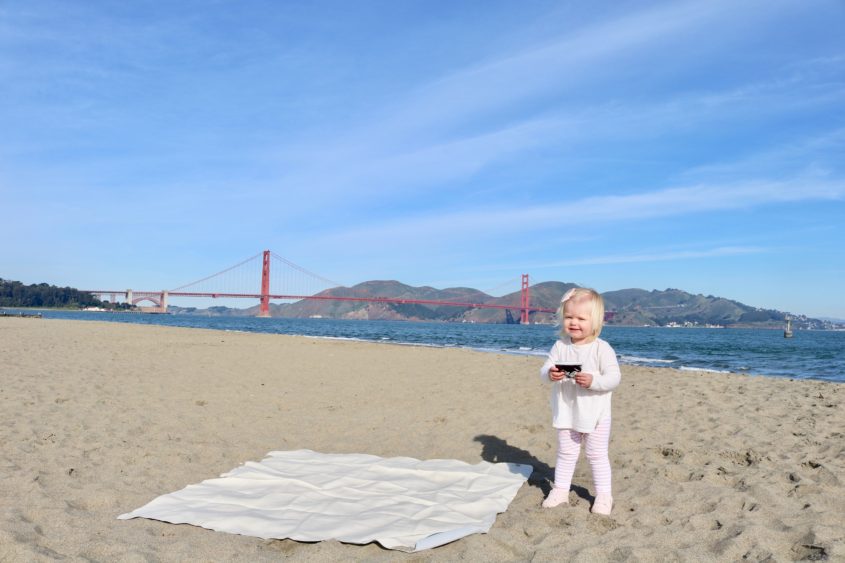 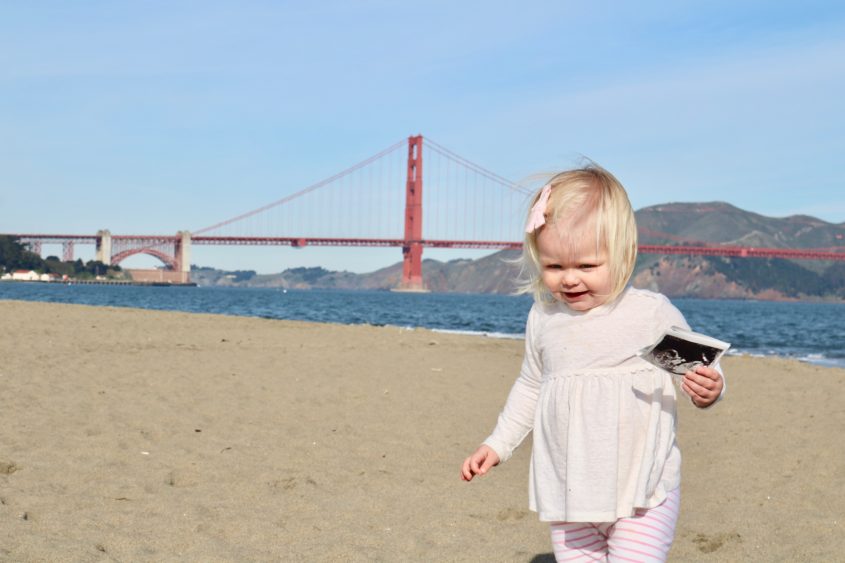 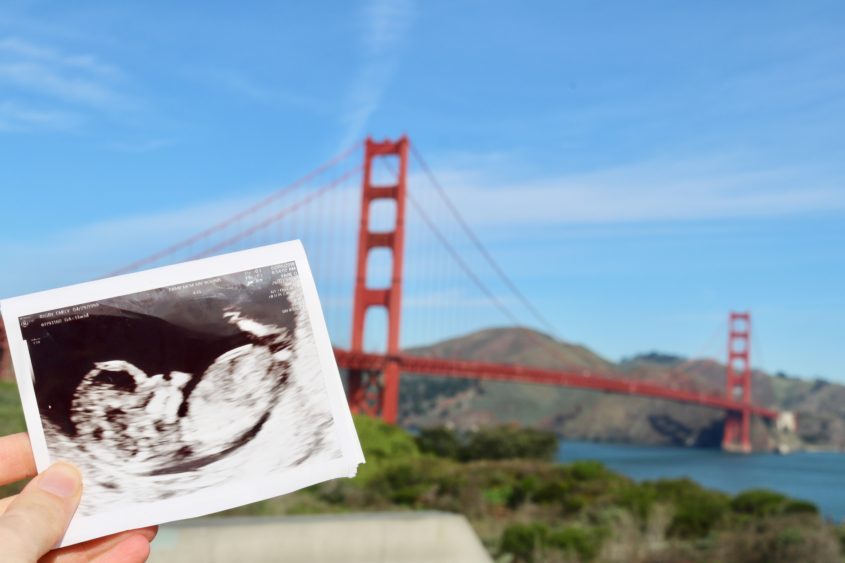 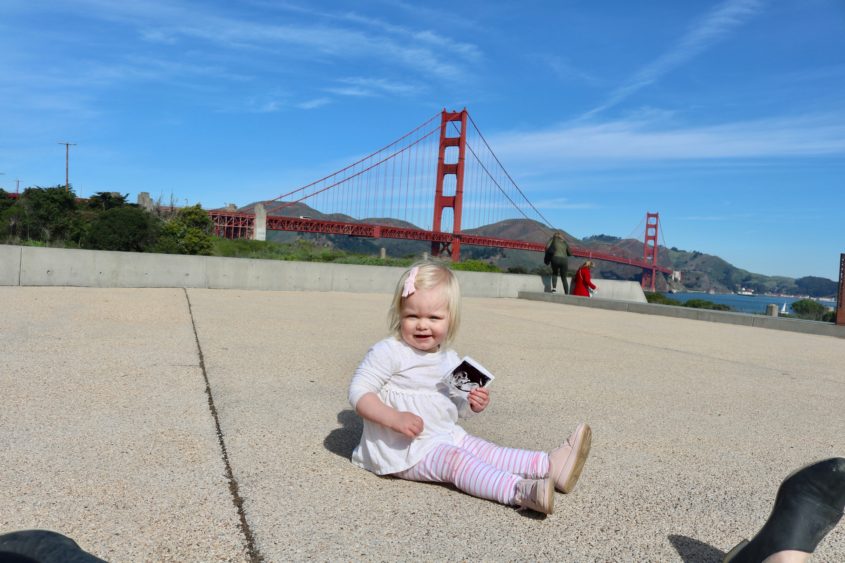 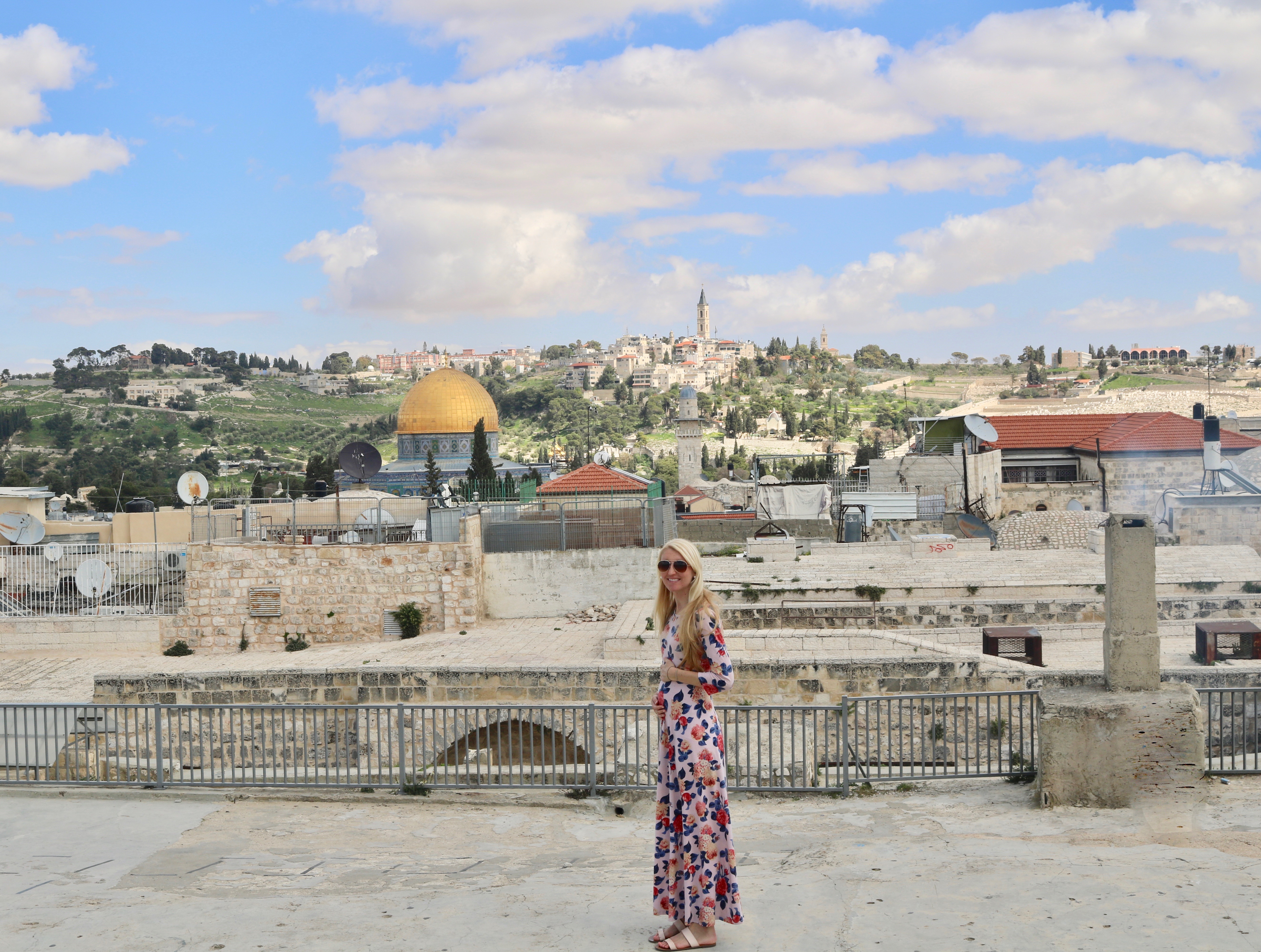 And lastly, some bump pictures in Jerusalem to show baby they were in this amazing place. 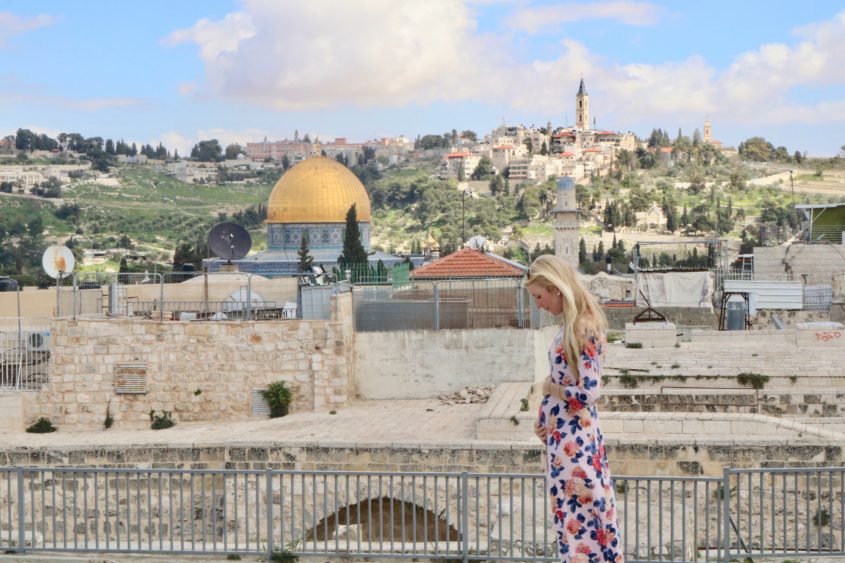 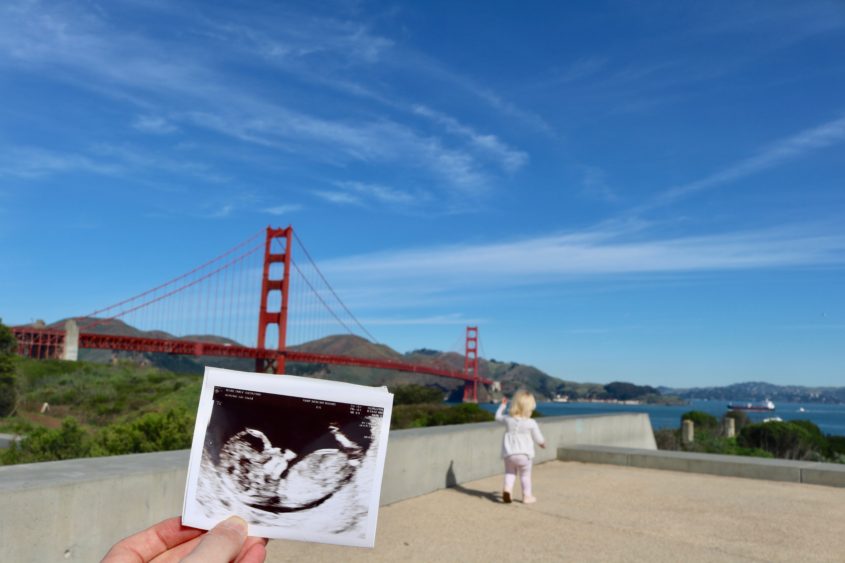 We can’t wait for you, baby two!