My Dad’s new job in Provo! 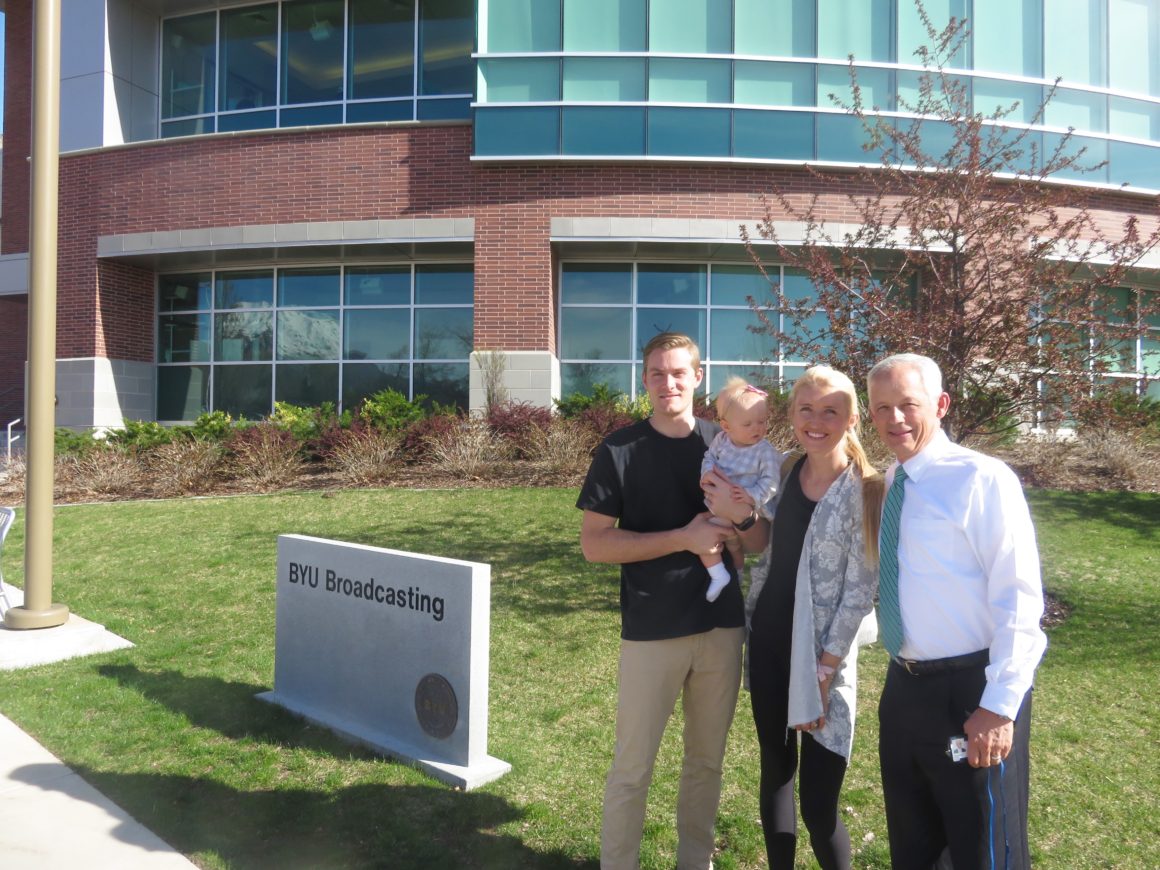 While in Utah we got to go down and visit my dad at his new job!
He was asked to be the head of BYU Broadcasting, which is such a
great way to cap off his career in television and film production! He saw the job online and decided to apply which was all super exciting. He was giving me tips and saying things to me like ‘ask these questions at your interview to stand out from the crowd’. His interview clearly went well!

We were a little unsure about going to visit in Provo since we are
die-hard Ute fans (their rival :) but we did it because we love my dad.
Haha…only half kidding! But really, when we got down there we
were amazed at the operation and how impressive it all is. How
cool for my dad that he is the managing director of it all!
I’m so proud of my dad, and so glad he did what he did if I’m being honest. I know it was a really tough decision for him though, relocating for a new job isn’t easy. He had to uproot his whole life and move somewhere else. He couldn’t just pack one small suitcase, he had to move everything. He had to get his car there somehow (probably used a company like Cars Relo), then he had to learn about where he was living, where things were make new friends. It’s not something that I think I could do. But either way,
I’m super impress by my dad.
We took a few pictures touring his building, then grabbed some dinner
(Provo has an unexpectedly good food scene) and got ice cream
at the classic BYU Creamery which was a first for all of us! Someone had anaccident at his old job and they had to contact someone like House of Workers Comp.
Luckily he left before any more accidents happened!! 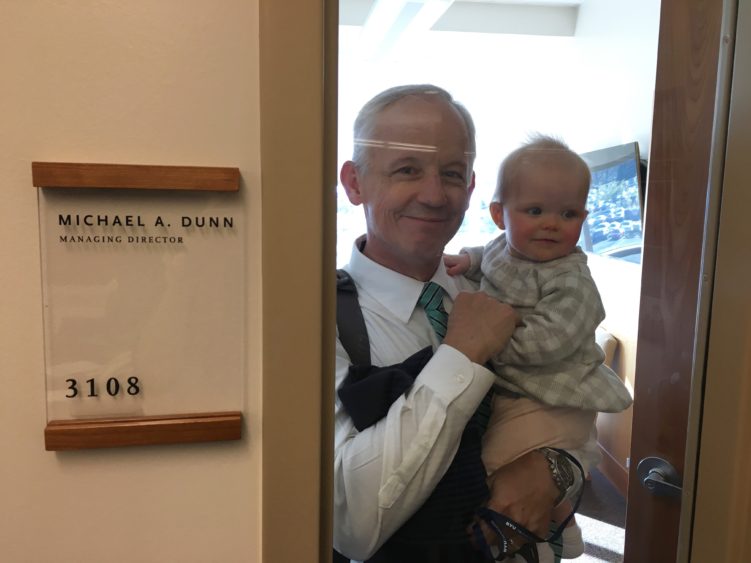 I saw this excerpt on their site and thought it described BYUtv and
the other outlets to well. What a great thing for him to be part of:

“Based in Provo, Utah, BYUtv is a groundbreaking high definition cable
television network, which has built its roster of original “see the
good in the world” programming to fill a void in the primetime market.
Amidst the proliferation of TV content, the cable television network’s
offerings stand out for their thoughtful examination of redeeming
elements in our fast-paced, multifaceted world, especially when you think about how many different types of fiber optic cables there are to increase the quality of the television signal.

The topics are varied, hard-hitting and nuanced. Whether through
documentary and feature films, scripted and improvisational comedy,
scripted dramas or unscripted reality programs, BYUtv is a vital presence
in the contemporary television landscape. The non-commercial station’s
reach is unprecedented at any university in the world, and offers
approximately 1000 hours of original programming annually.” 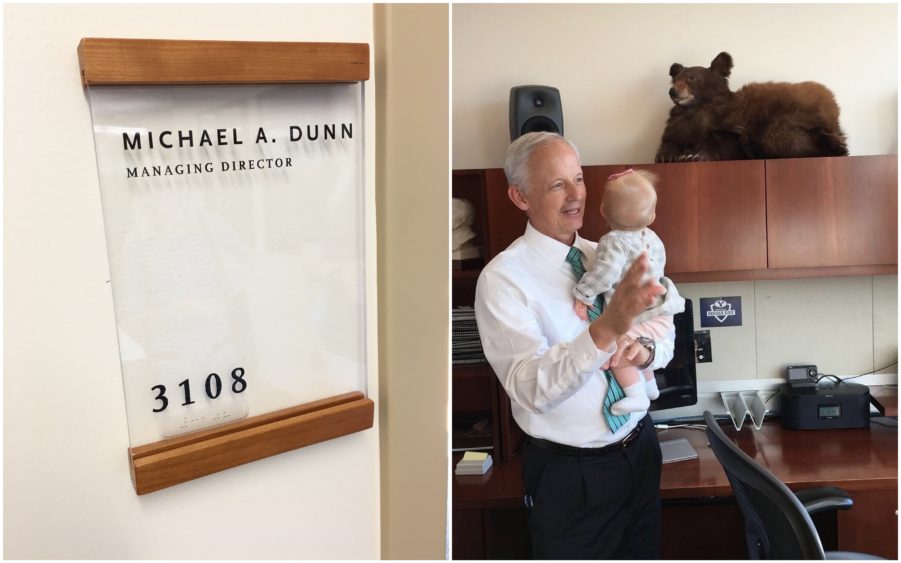 In my dad’s office, where they had a bear
decoration to welcome the “bear man” ^^ 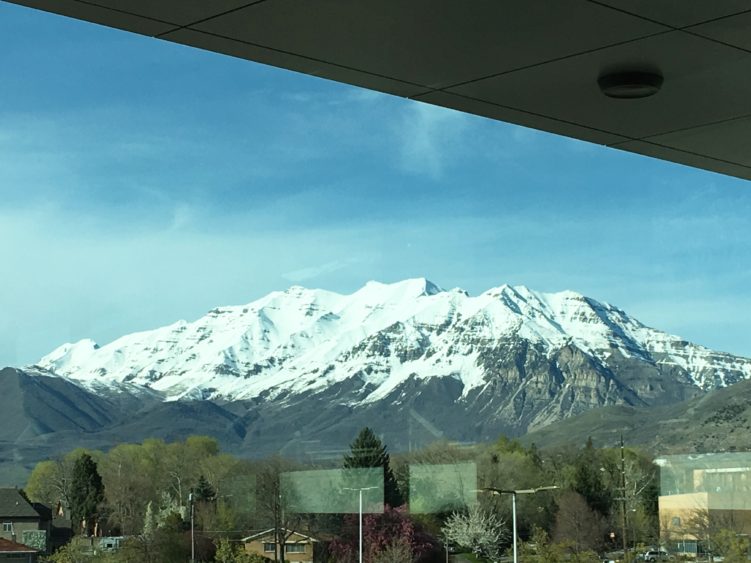 Not a bad view from his office window! ^^ 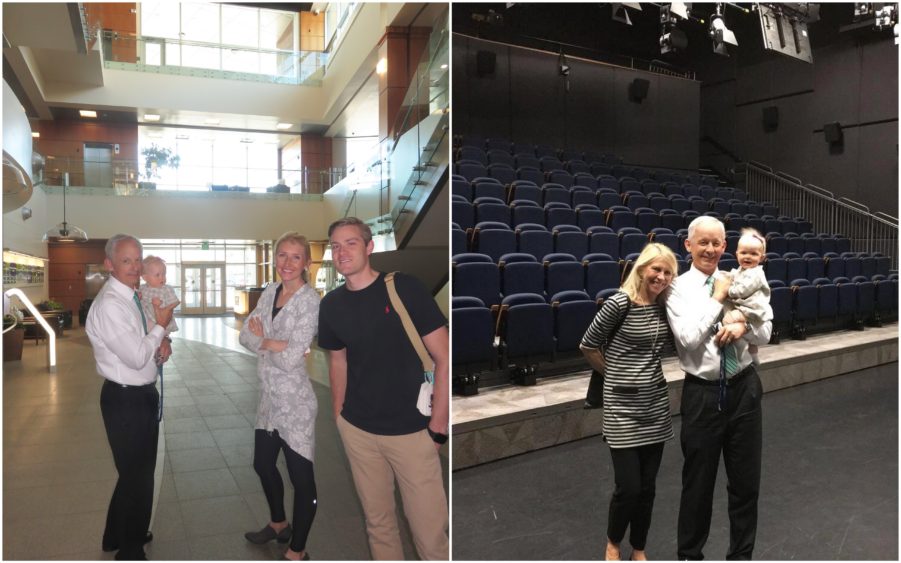 We saw the famous Studio C which I had no idea about
before, but apparently it’s huge! It’s like a clean SNL :) 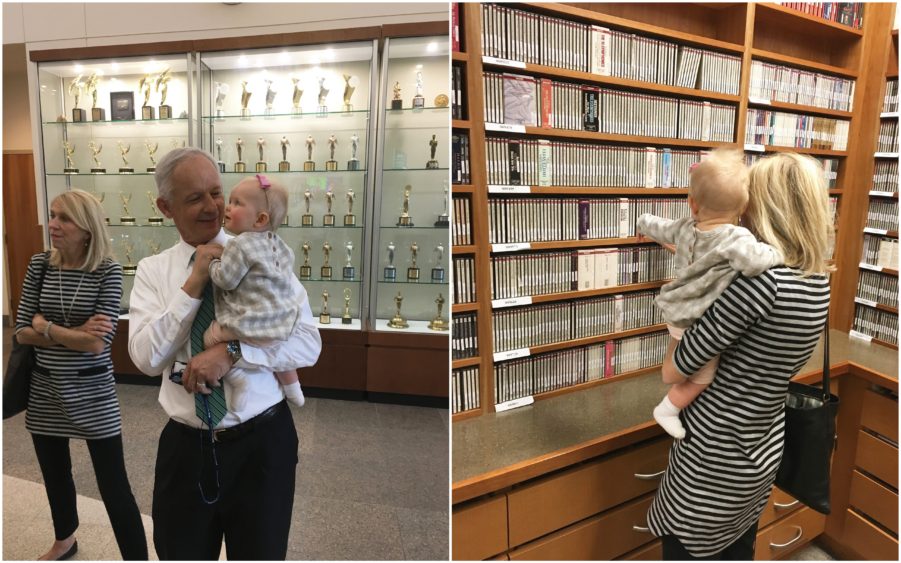 Looking at all of the Emmy awards and the BYU radio room! ^^ 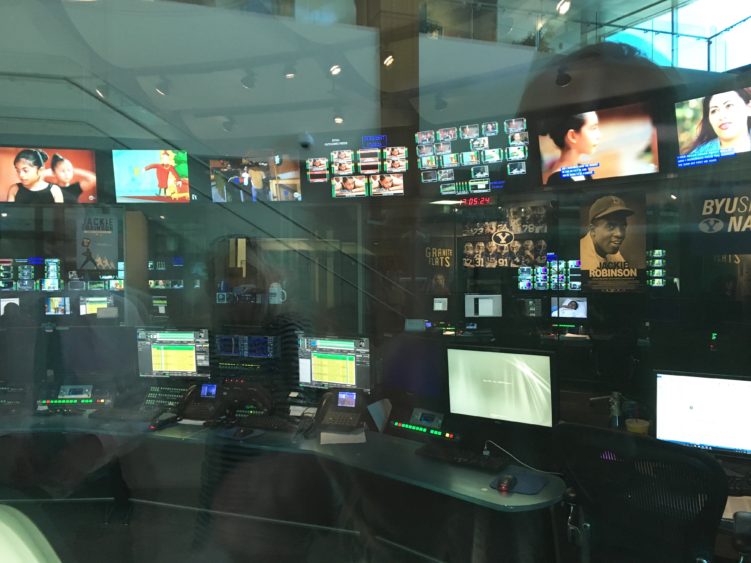 Control room with all of the stations and broadcasts ^^ 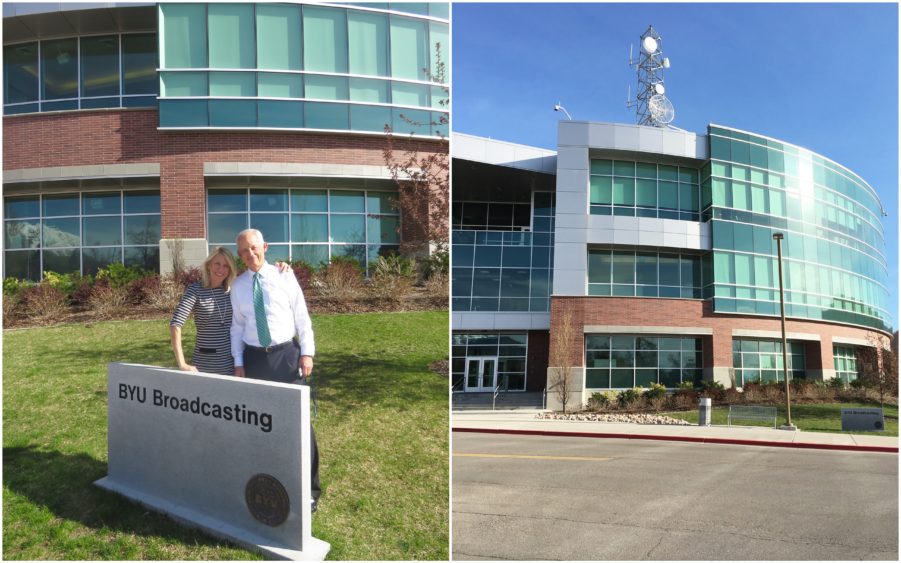 So fun to see the whole setup. Proud of you, Dad! 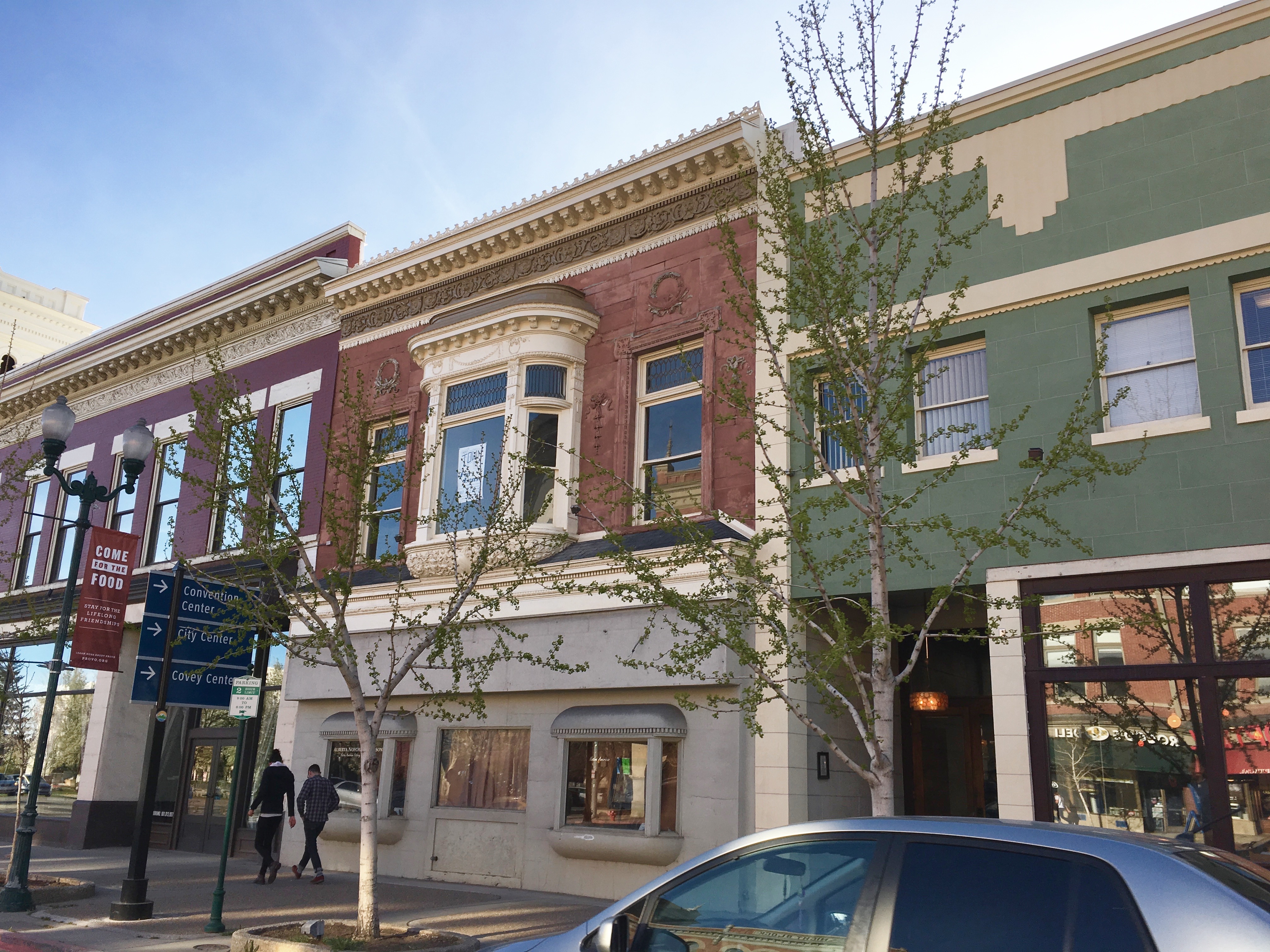 We drove through downtown Provo (when did it get so cute?) 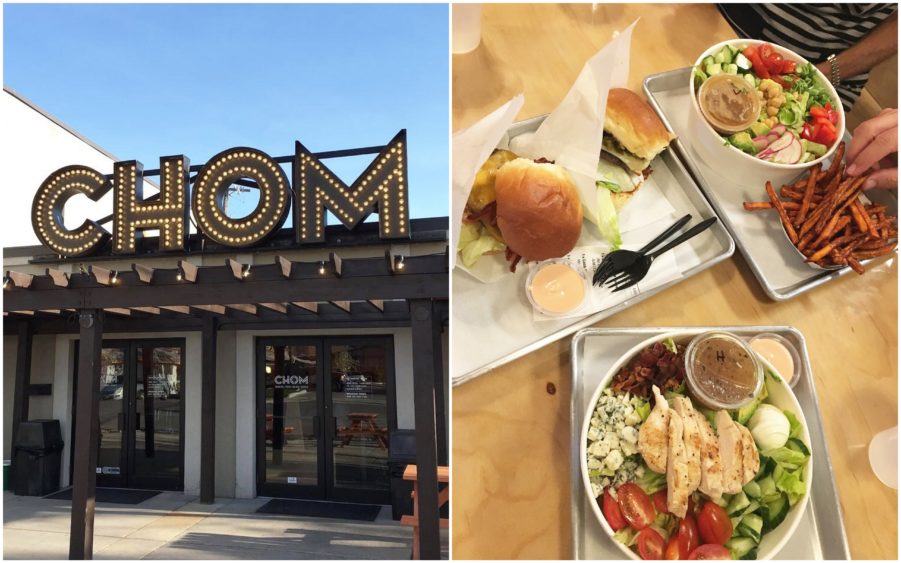 And we picked this cute spot to eat! CHOM burger. 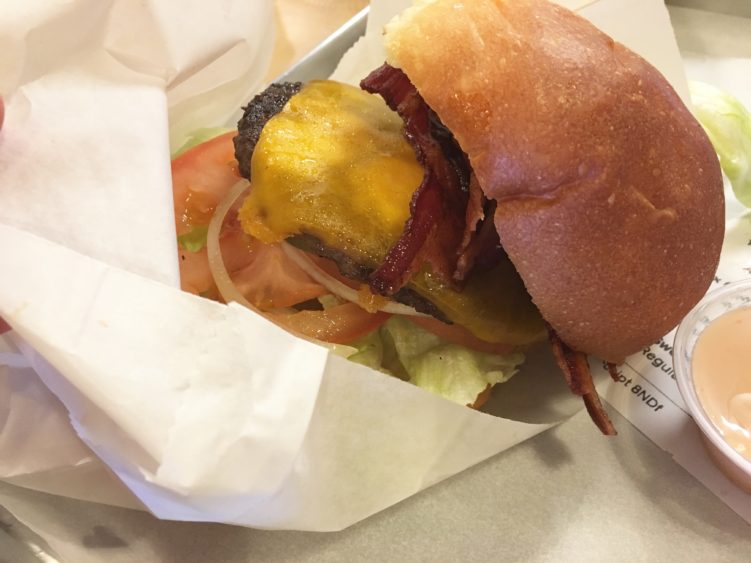 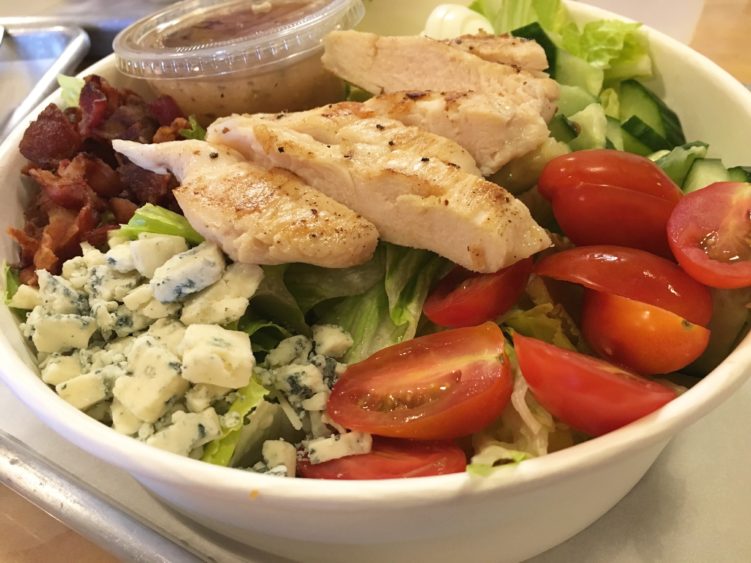 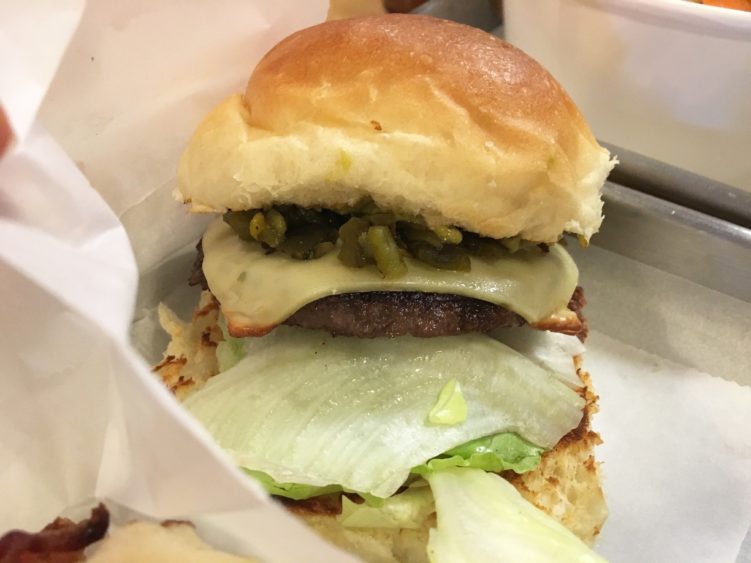 And the Green Chile Avocado burger ^^ 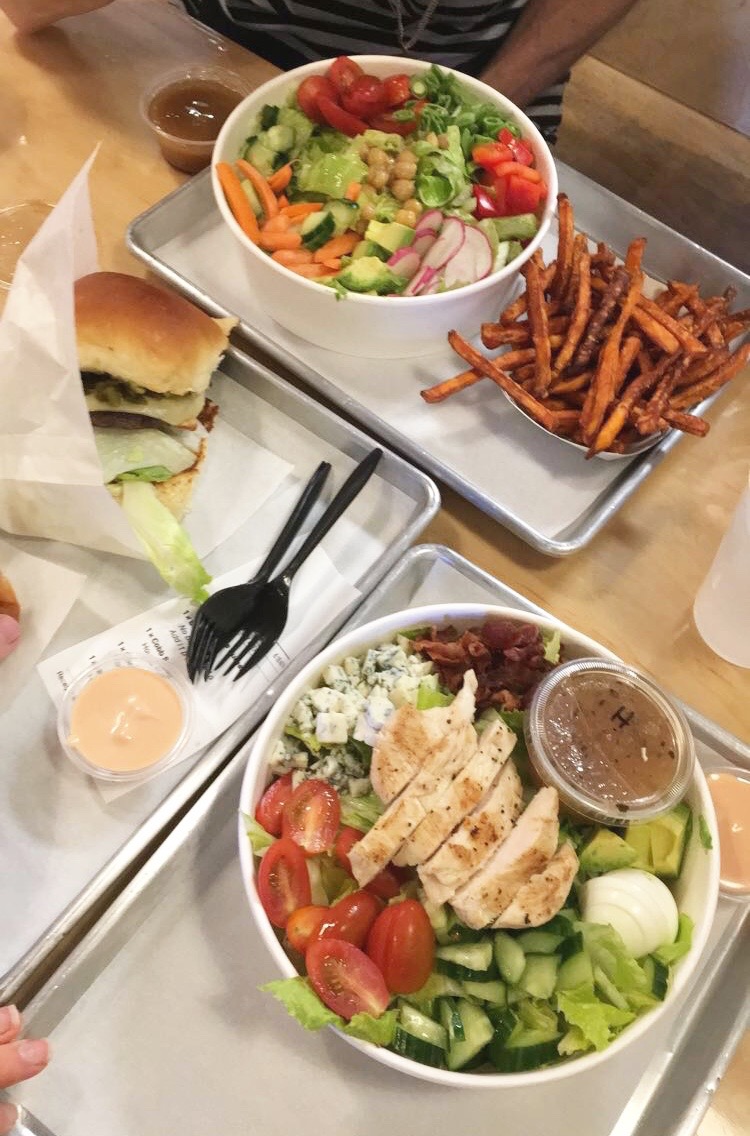 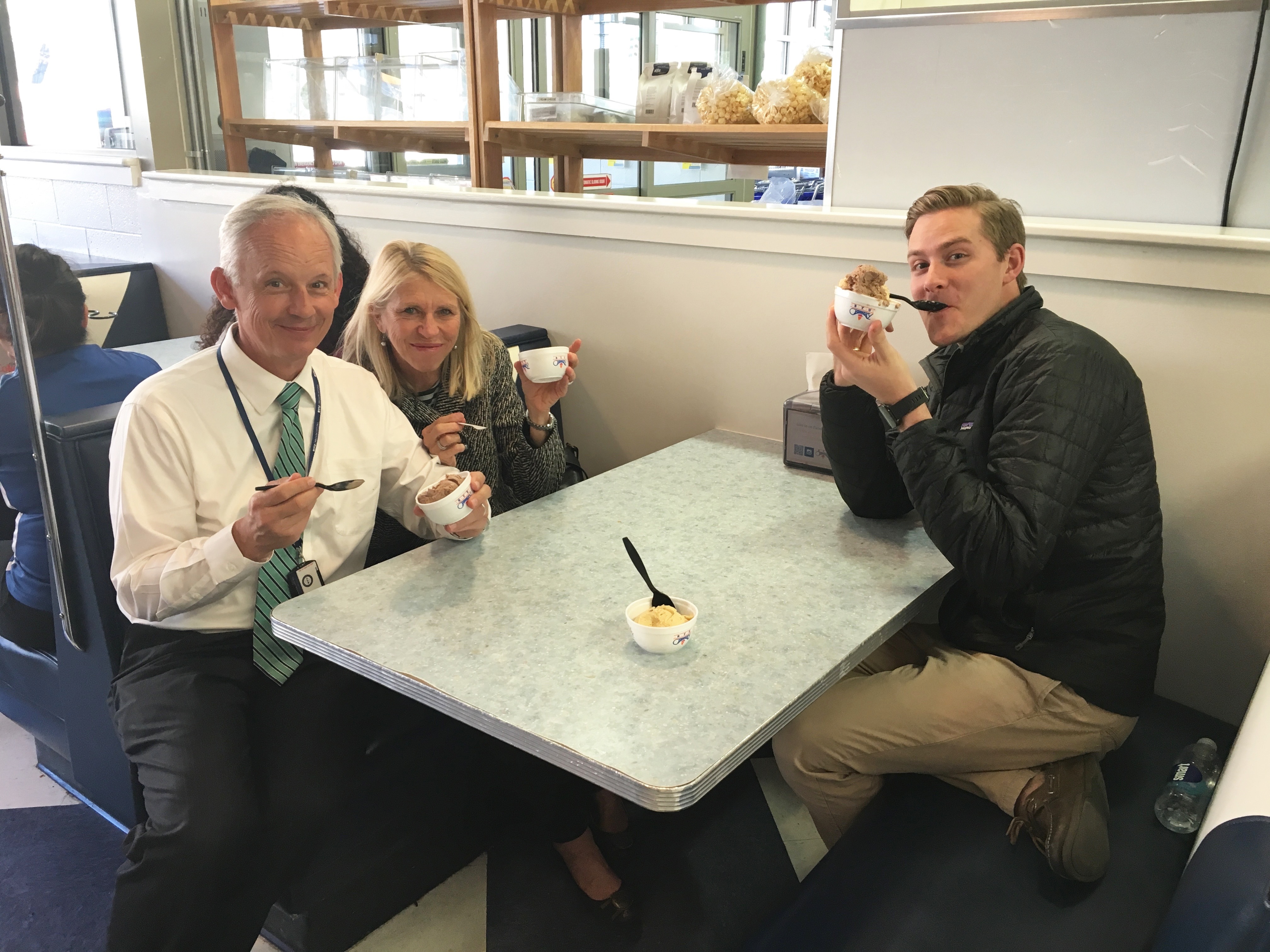 And, the Creamery ^^ never would have thought the
4 of us would be hanging out here, ha!
(That Graham Canyon flavor wins!!) 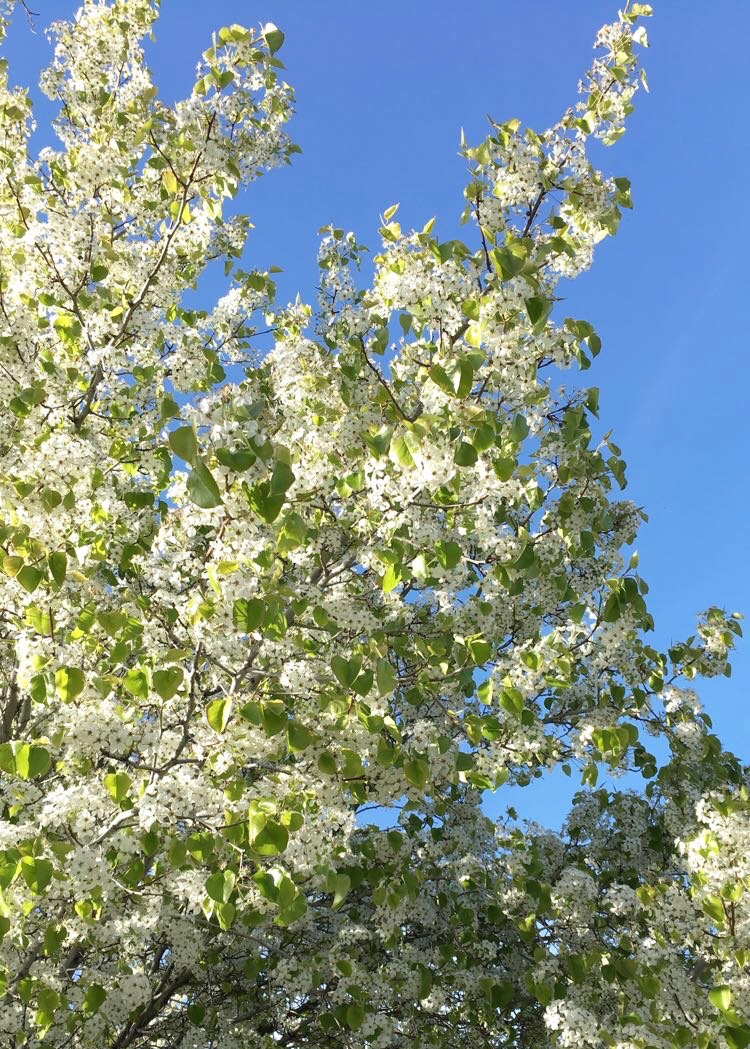 Congrats on the new job, Dad!!