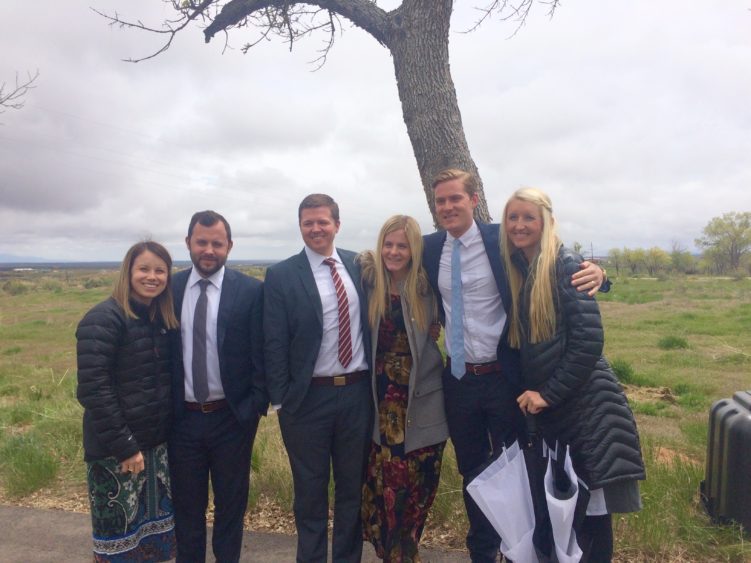 Chase’s sweet grandma Ada passed away a week before we were leaving Europe,
and the timing worked out that we made it home just in time to drive south for
the funeral. It was such a tender thing to be there for, and we felt lucky that we
didn’t miss it. It was a bittersweet occasion to meet up with loved once we hadn’t seen for a while, and the coffin along with the flowers, similar to those from the Florist in Rolling Meadows, were so beautiful. She would have loved it. It was a little bit crazy with flying in Sunday night at midnight,
having a doctor’s appointment Monday morning, and then hopping in the
car to drive 5 hours south to the tiny town where Chase’s dad grew up.
He had hotels and everything all set up for us which was so nice. It is a lot, dealing with a funeral that is, so to see everyone pulling together was a lovely sight to see. I think one of the relatives said that Grandma Ada has looked into funeral insurance to make sure everything was covered by the time she was gone. I’m not too sure but I will say that it does sound a very proactive thing to do which is something to think about. 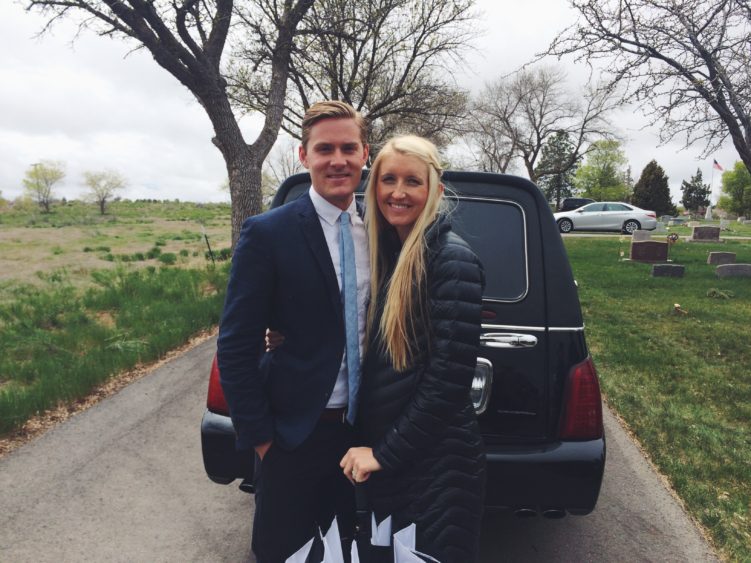 We caught the end of the viewing and then had the funeral the next day before
driving straight back to Salt Lake afterward. It was a jet-lagged whirlwind,
but it felt so important to be there for it and pay tribute to a life well lived. 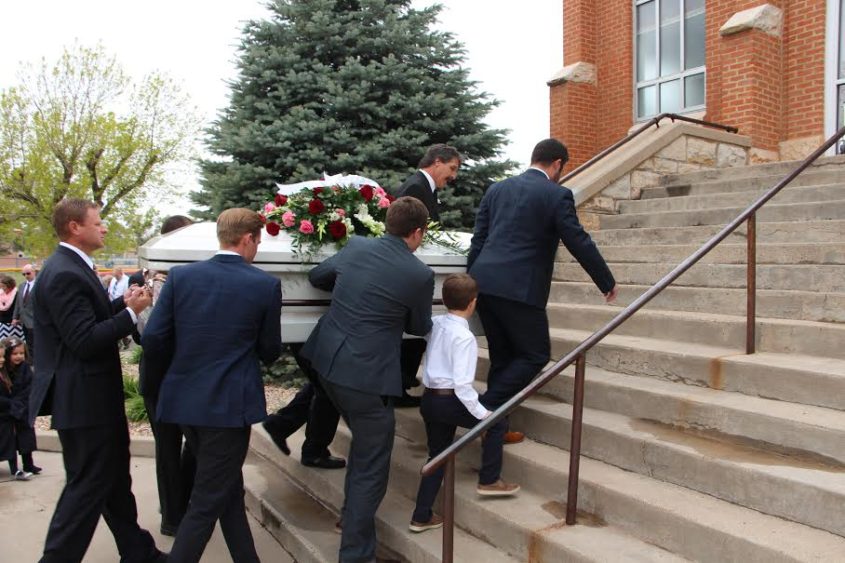 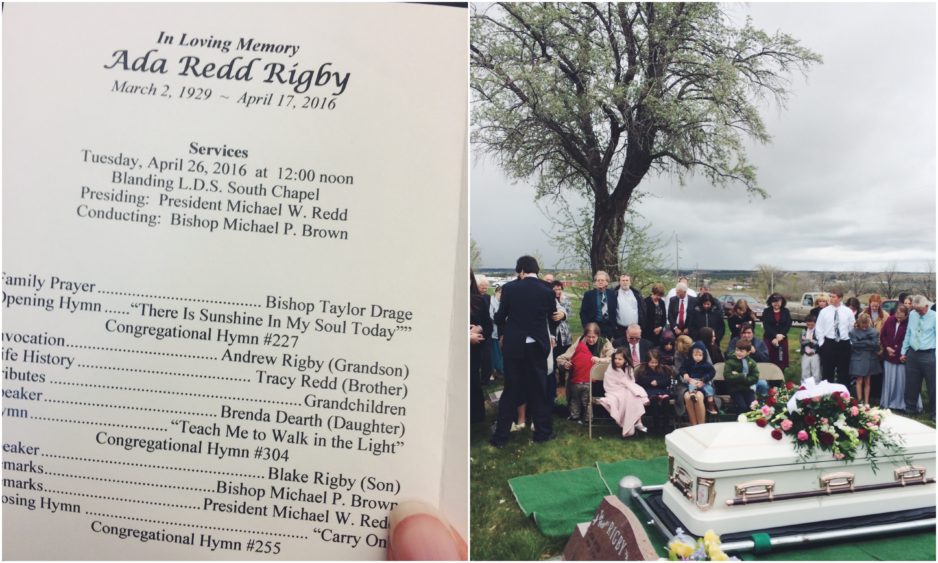 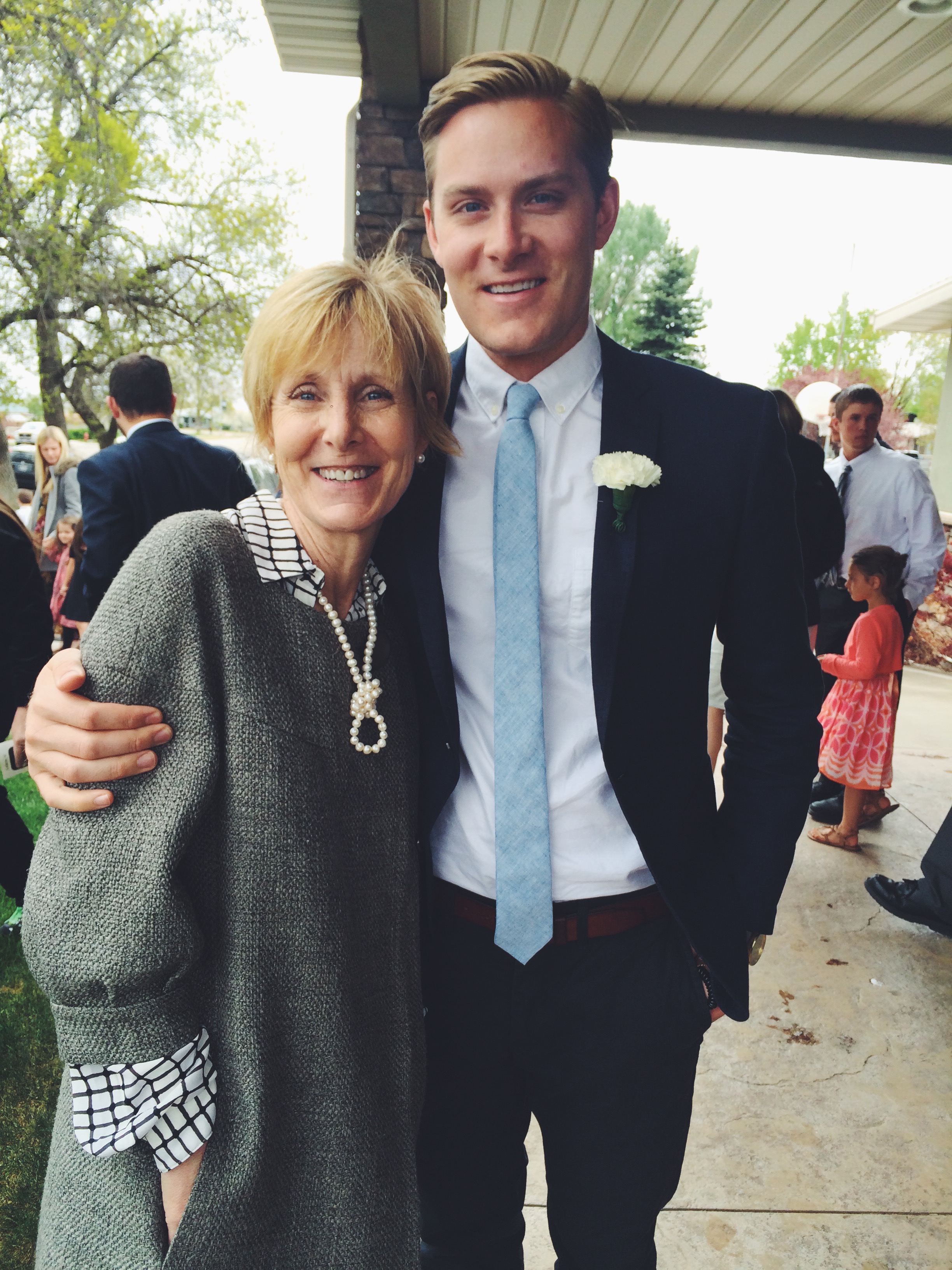 Chase and his cutest mom ^^ 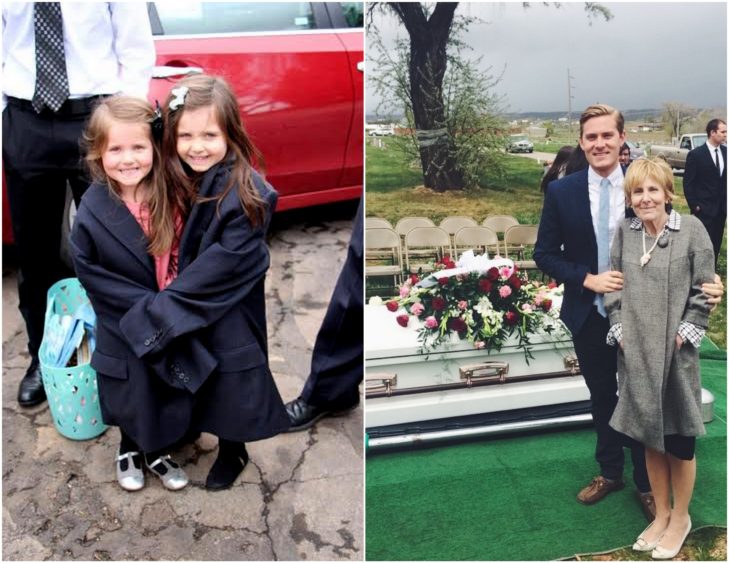 Cute nieces wrapped in a jacket, and pictures from the cemetery ^^ 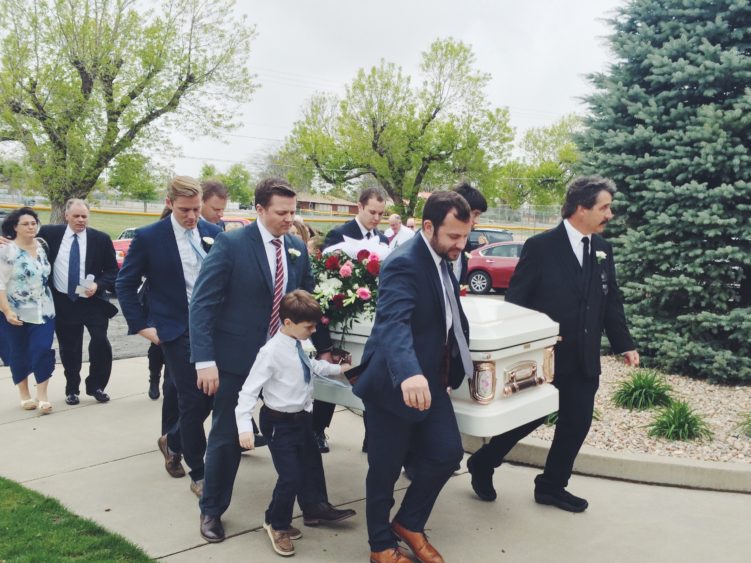 So happy to think that Ada is back with her sweetheart Truman! 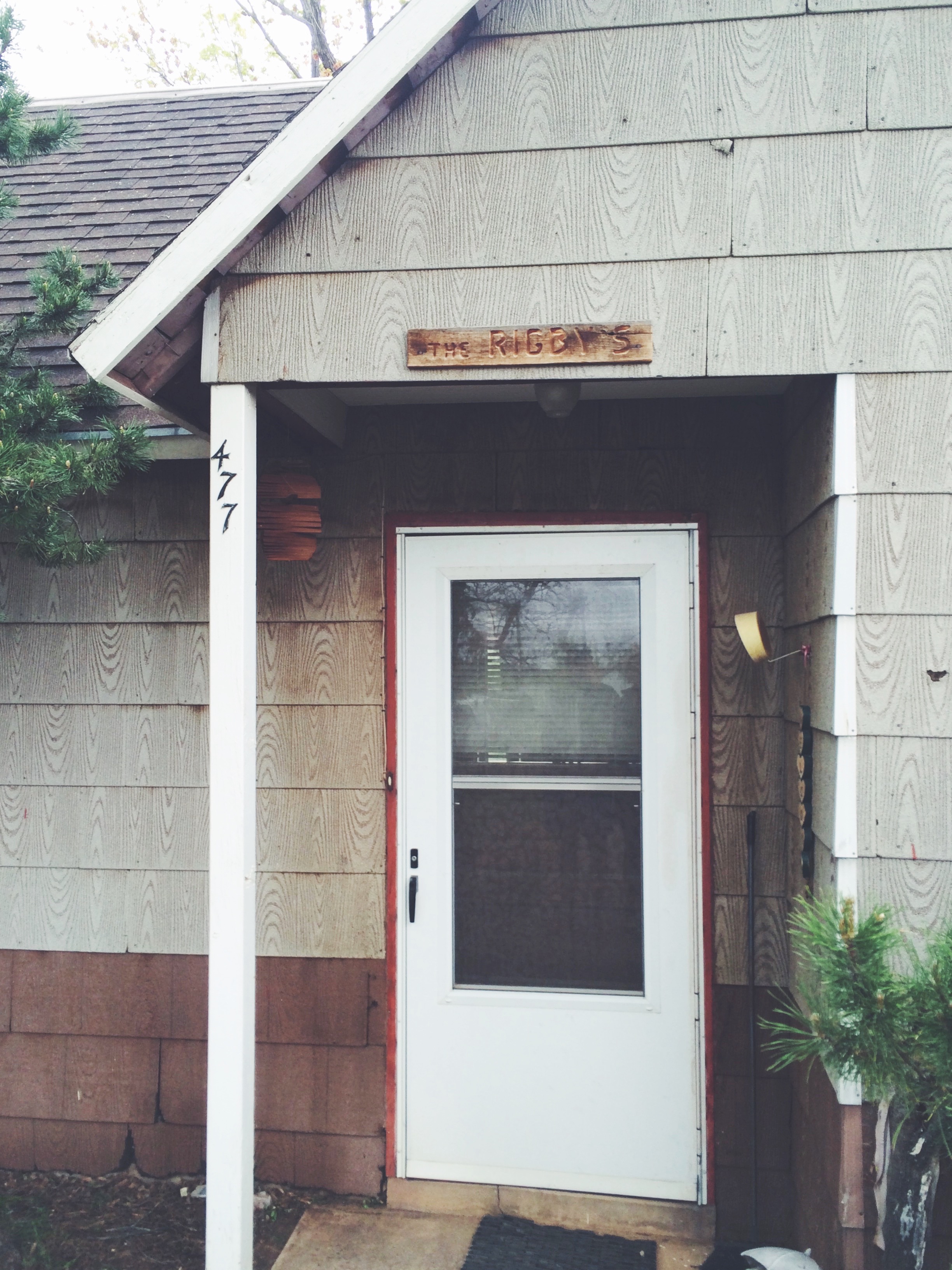 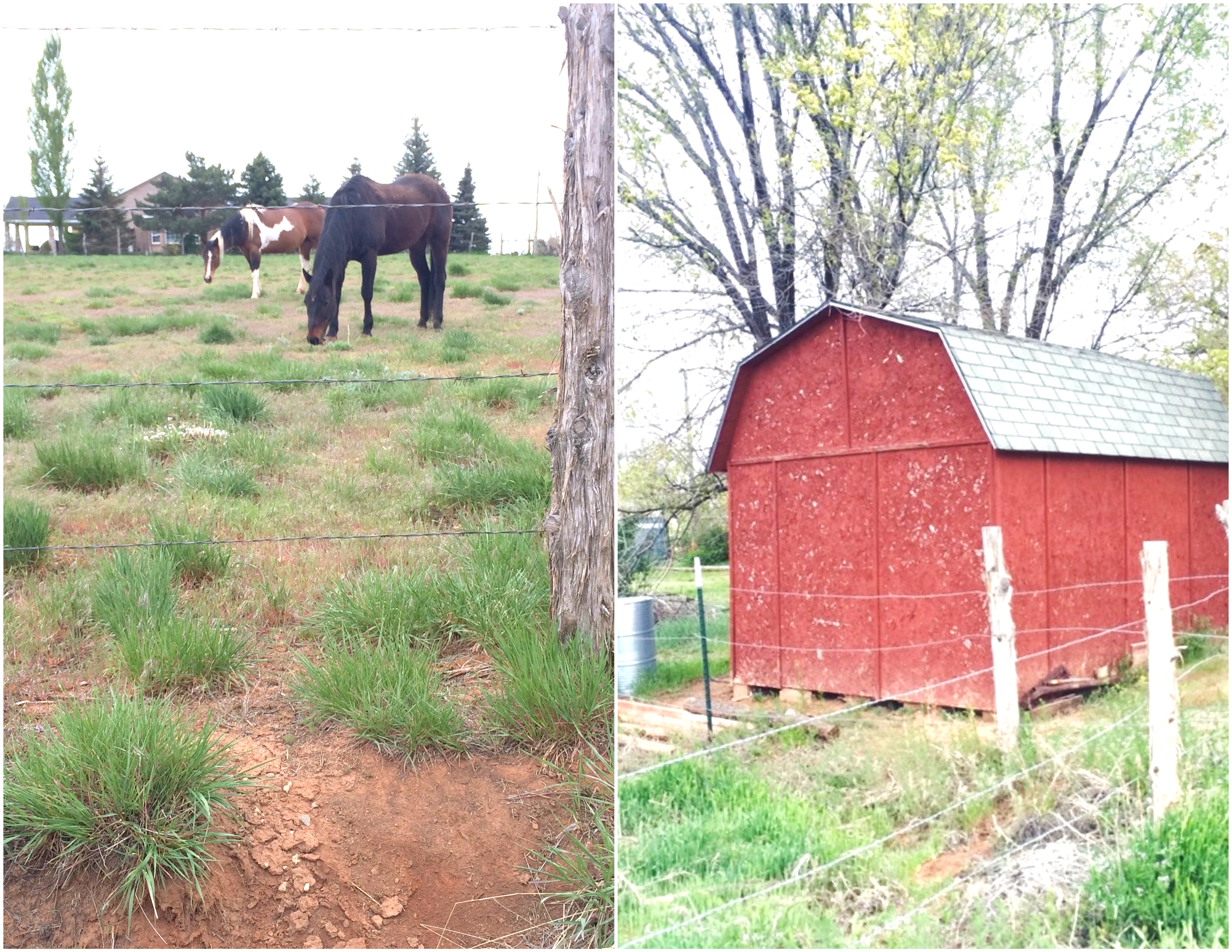 I loved exploring this sweet little town one more time with Chase.
Horses, barns, and the feeling that everyone knows each other. 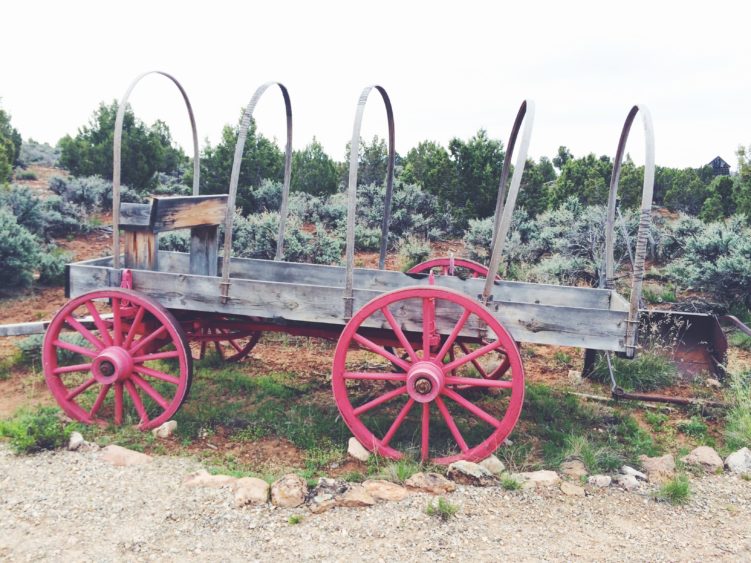 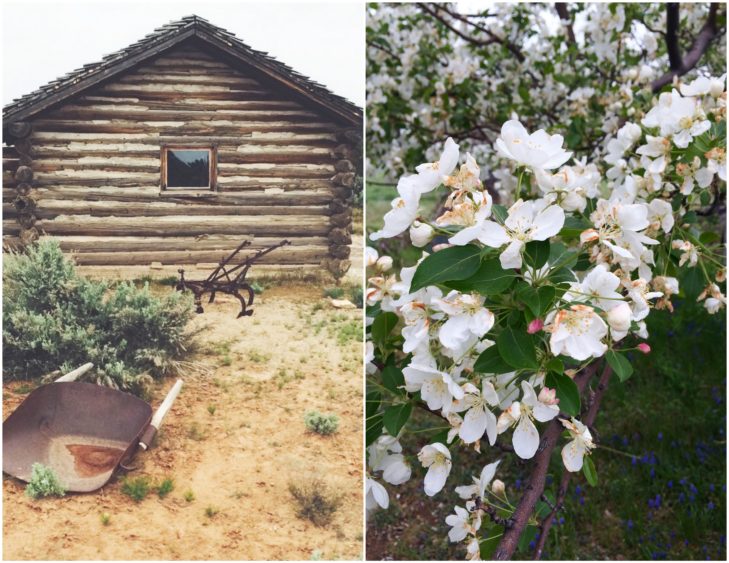 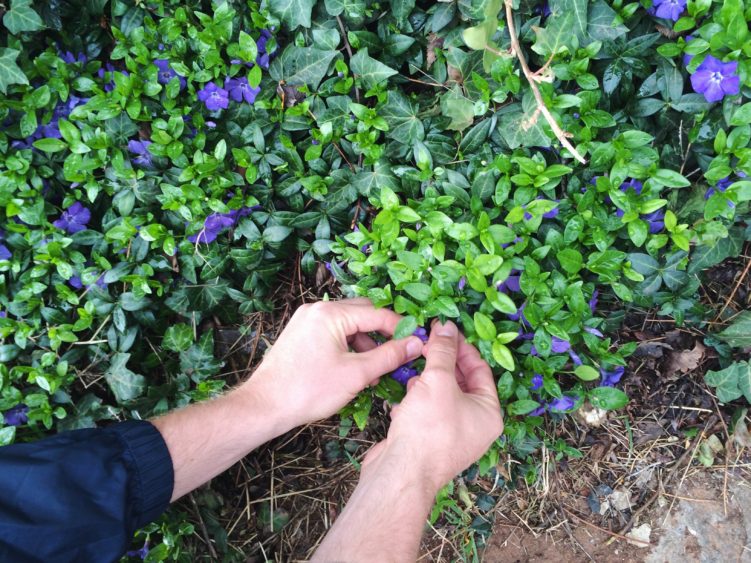 Chase walked me through Ada’s garden and showed me
the honeysuckle she had shown him when he was young. 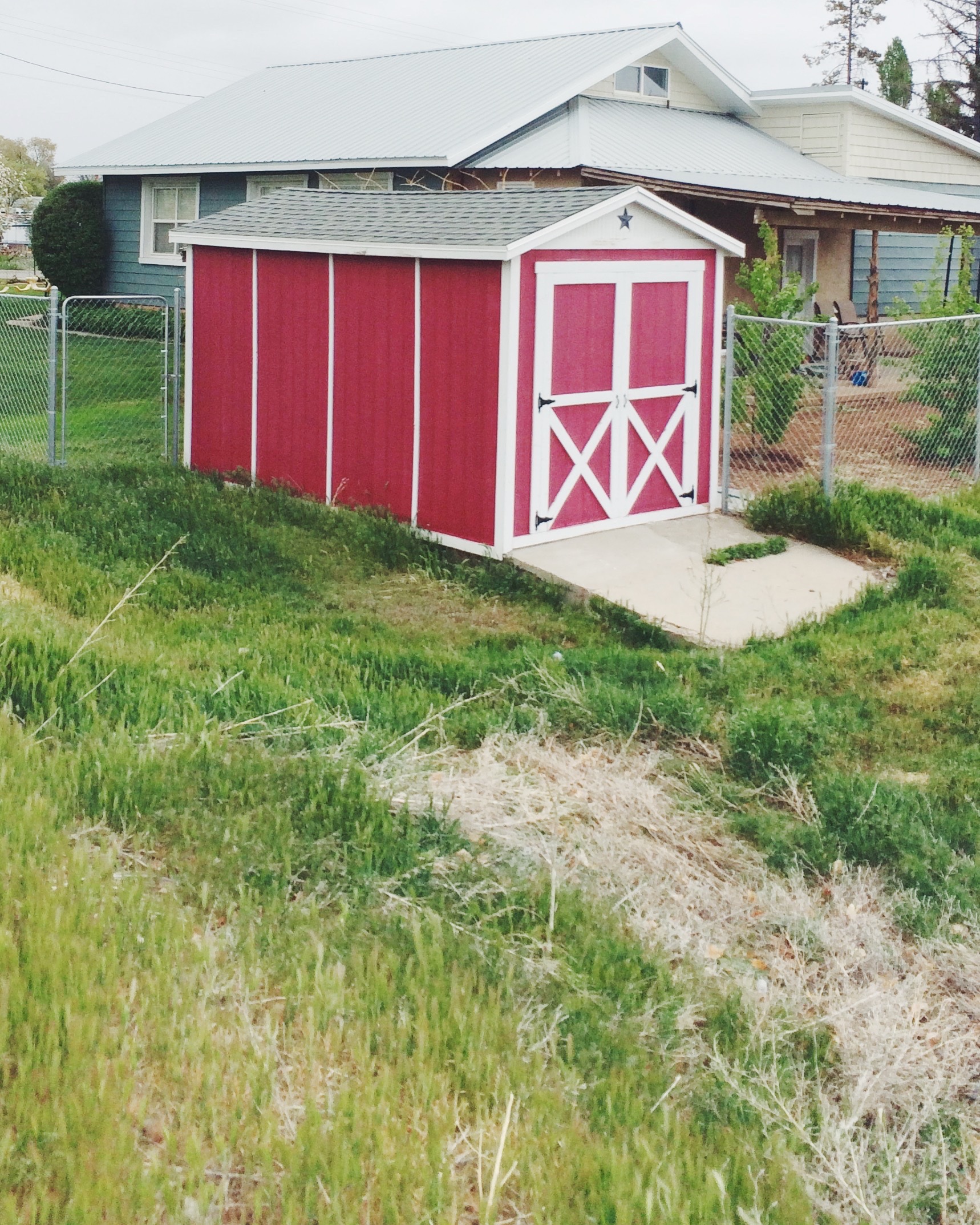 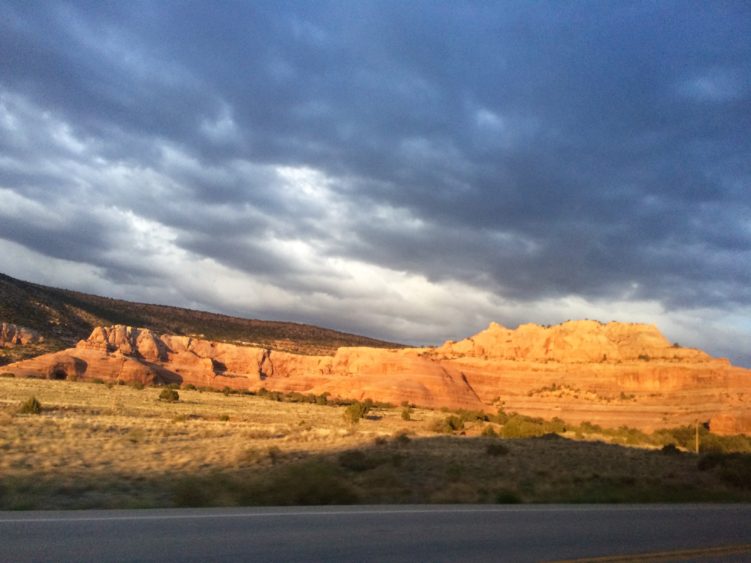 It was quite a contrast to come from Europe straight down to Blanding, but
there is nothing like being with family…and those red rocks are pretty gorgeous. 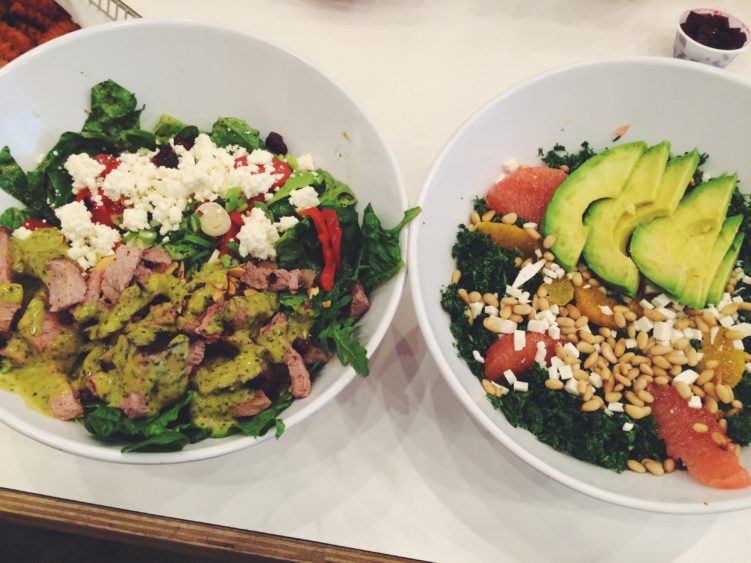 We hit the road and hit a new favorite spot on the drive home ^^ Cubby’s. 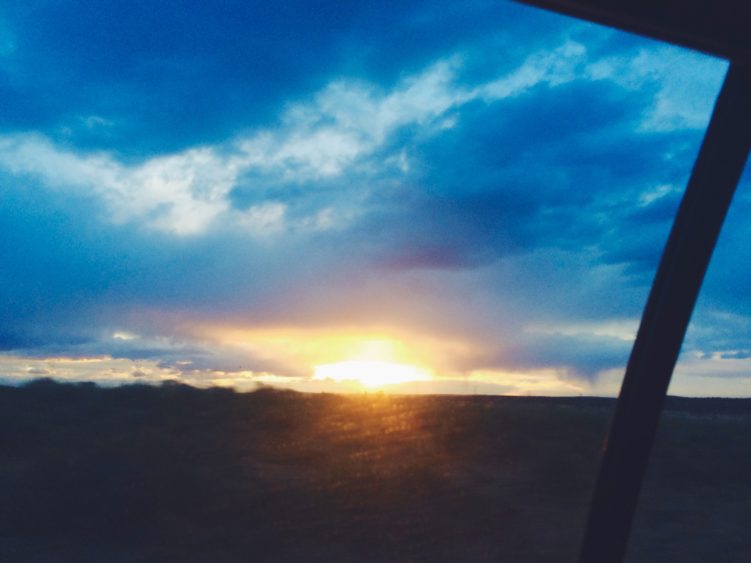 Thankful for Chase’s Grandma Ada and the chance to celebrate her!