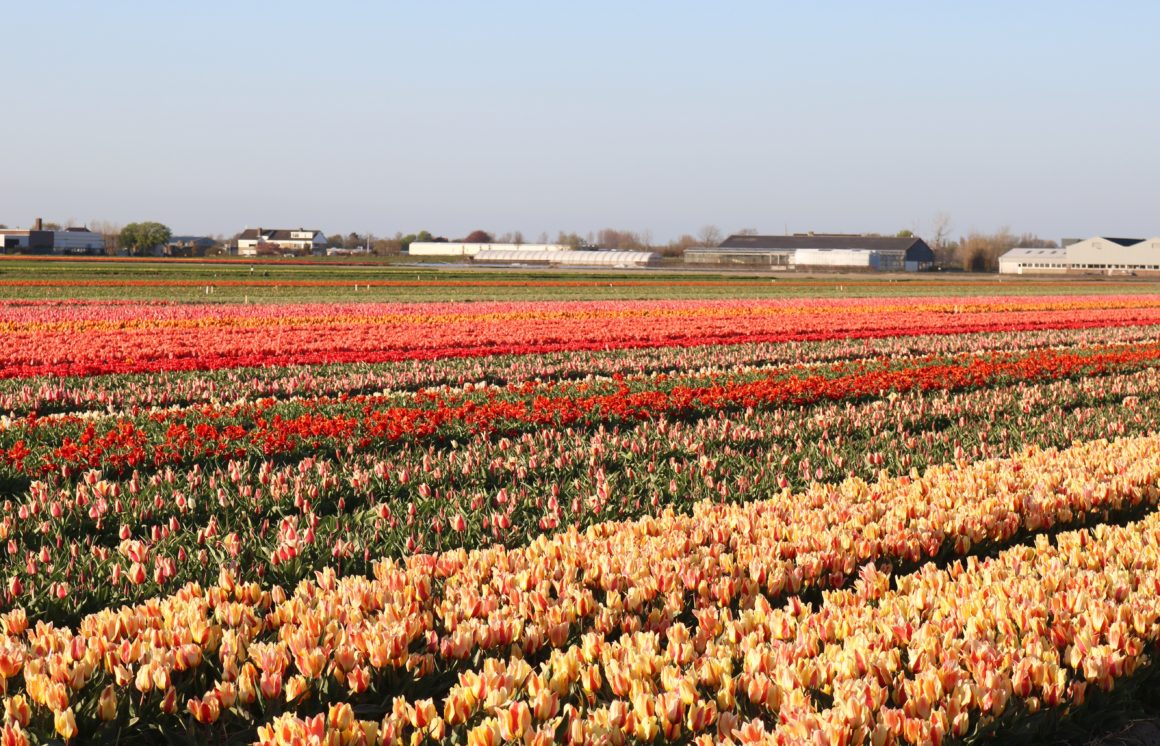 A few snapshots from our final days before departing back home to the U.S.A… 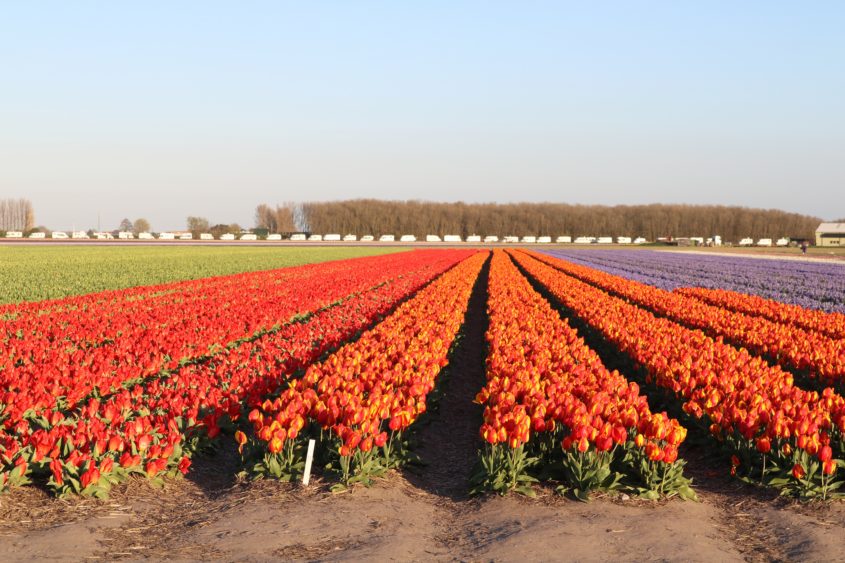 We got to glimpse the tulip fields in a more full bloom when we stopped through
Amsterdam for a night after our final weeks of travel…it was AMAZING and
made us sad to be leaving our little Dutch life – but still ready to get back home! 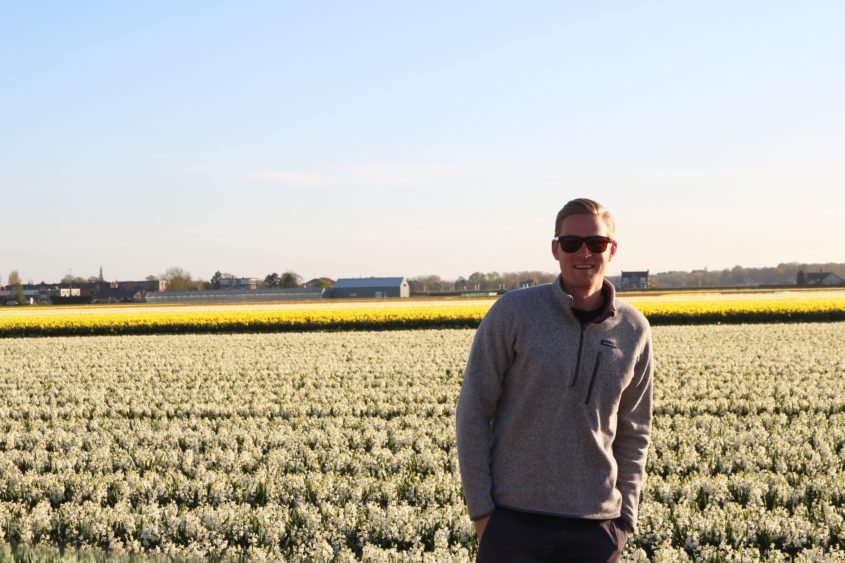 Our friends picked us up and we went straight from the airport to the fields during golden hour
before getting stroopwafel McFlurries for our last night :) Gabby and Jordan are the best! 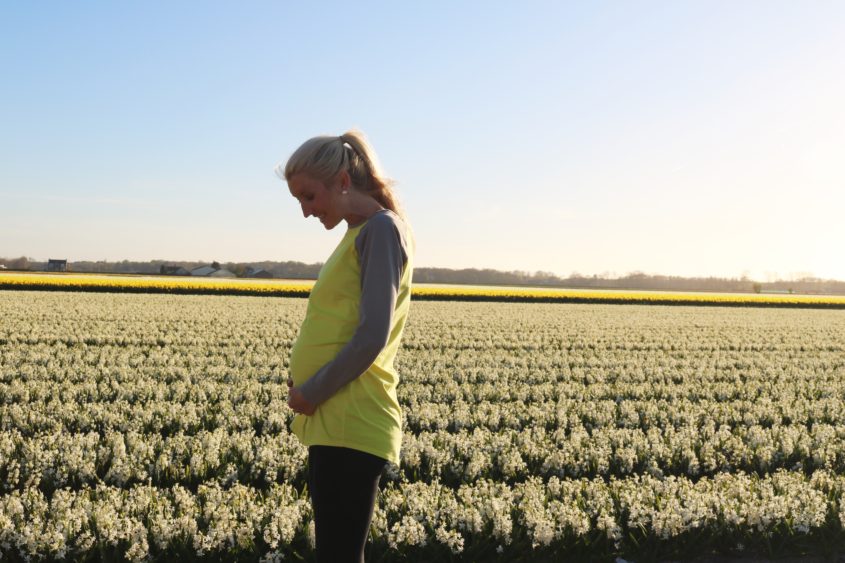 Bittersweet to show our baby girl the flower fields before leaving…
We will definitely be back with her to show her where she grew :) 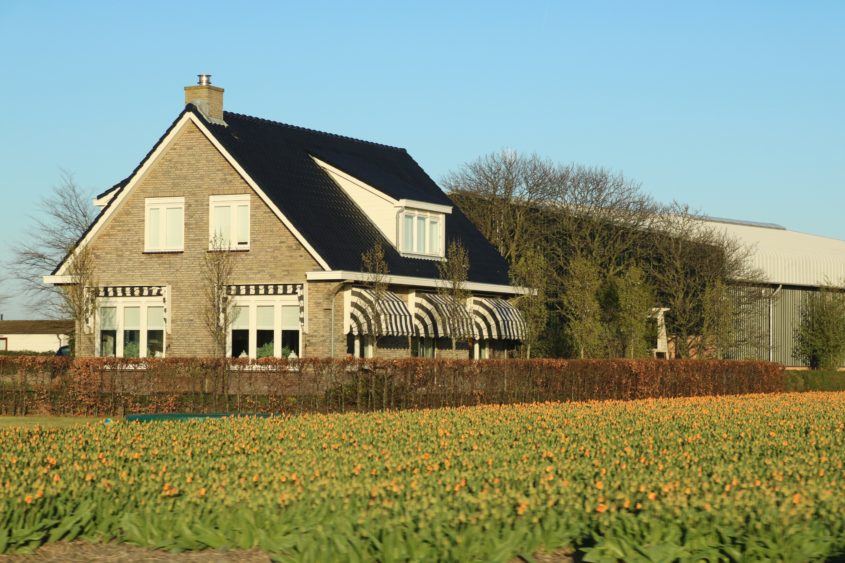 ^^ The Dutch homes out in this area were to die for.
Does it get more charming than tulip farm in the middle of Holland? 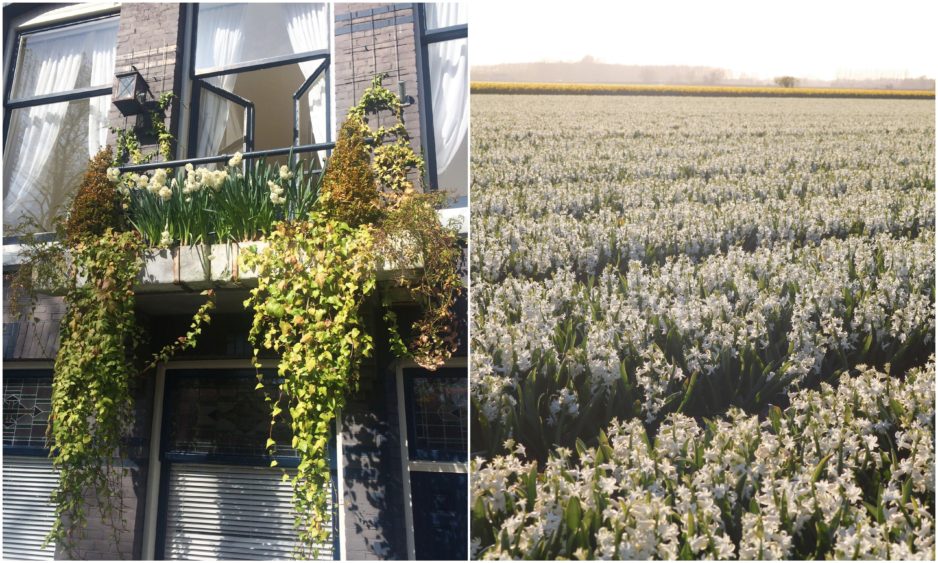 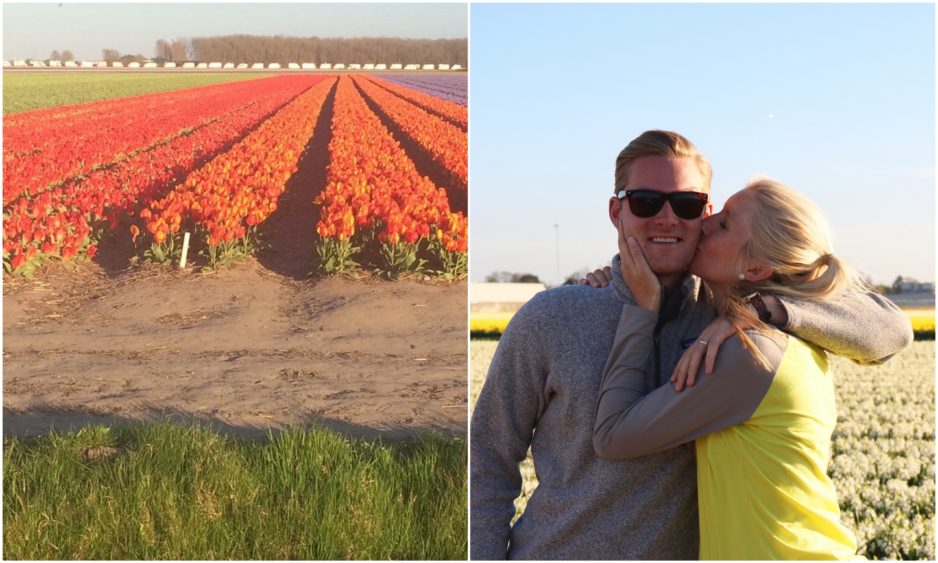 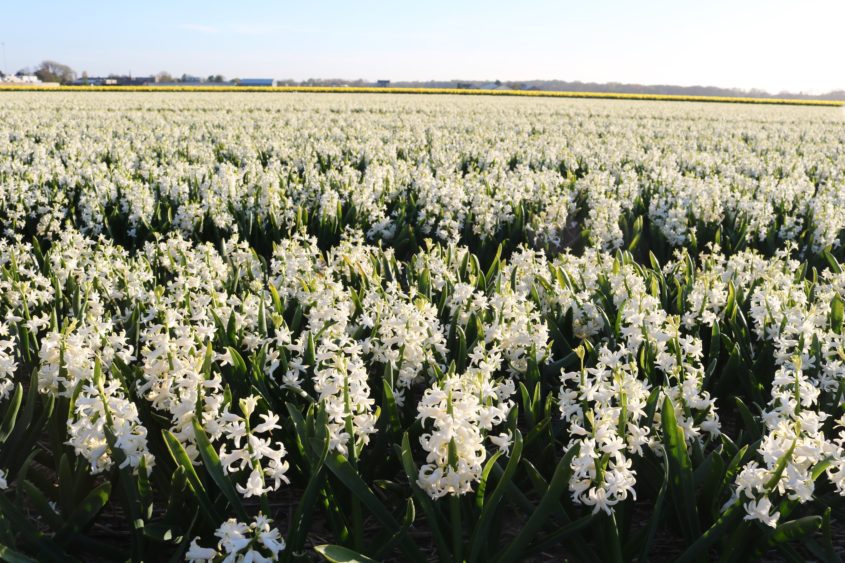 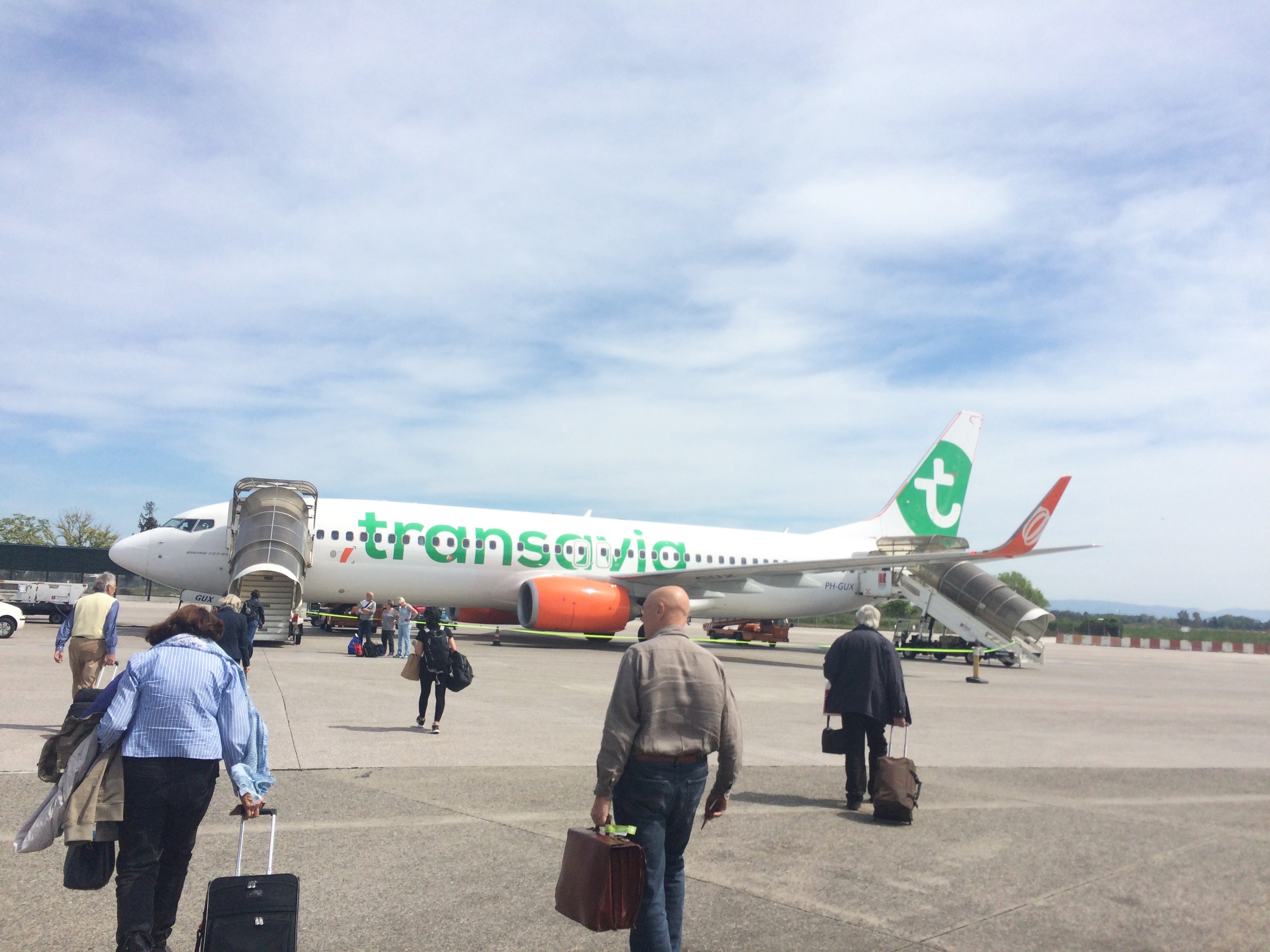 Our final small flight around Europe took place from Pisa back to Amsterdam
after our weeks in Turkey/Greece/Italy. ^^ After SO many flights around
Europe this past year, it was strange to board this as our last for a while! 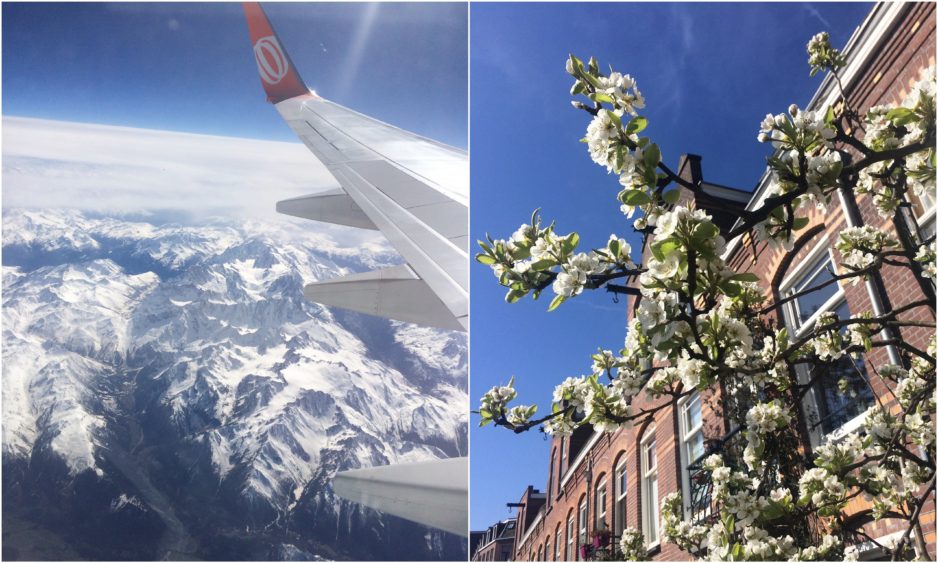 Our flight from Italy back to the Netherlands flew right over the Swiss ALPS.
The pilot casually announced we were directly above the Matterhorn, and that
was another moment that I realized how much I’ll miss living in Europe :)
We went from the snowy Alps to spring in Amsterdam when we landed ^^ 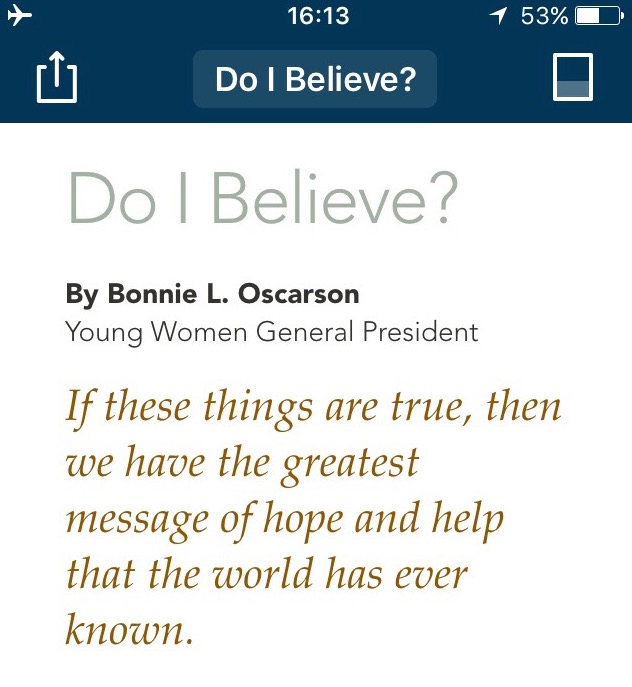 We were traveling during our church’s General Conference last month,
so I’ve been slowly catching up on the talks. I read this one on our long
flight from Iceland ––> Seattle, and it was my favorite. Simple + powerful.
I had a screenshot of it on my phone because I want to re-read it often. In other
reading news, I’ve been plowing through the Killing historical series… and also
just started the book Daring Greatly. I’d love any other summer book suggestions! 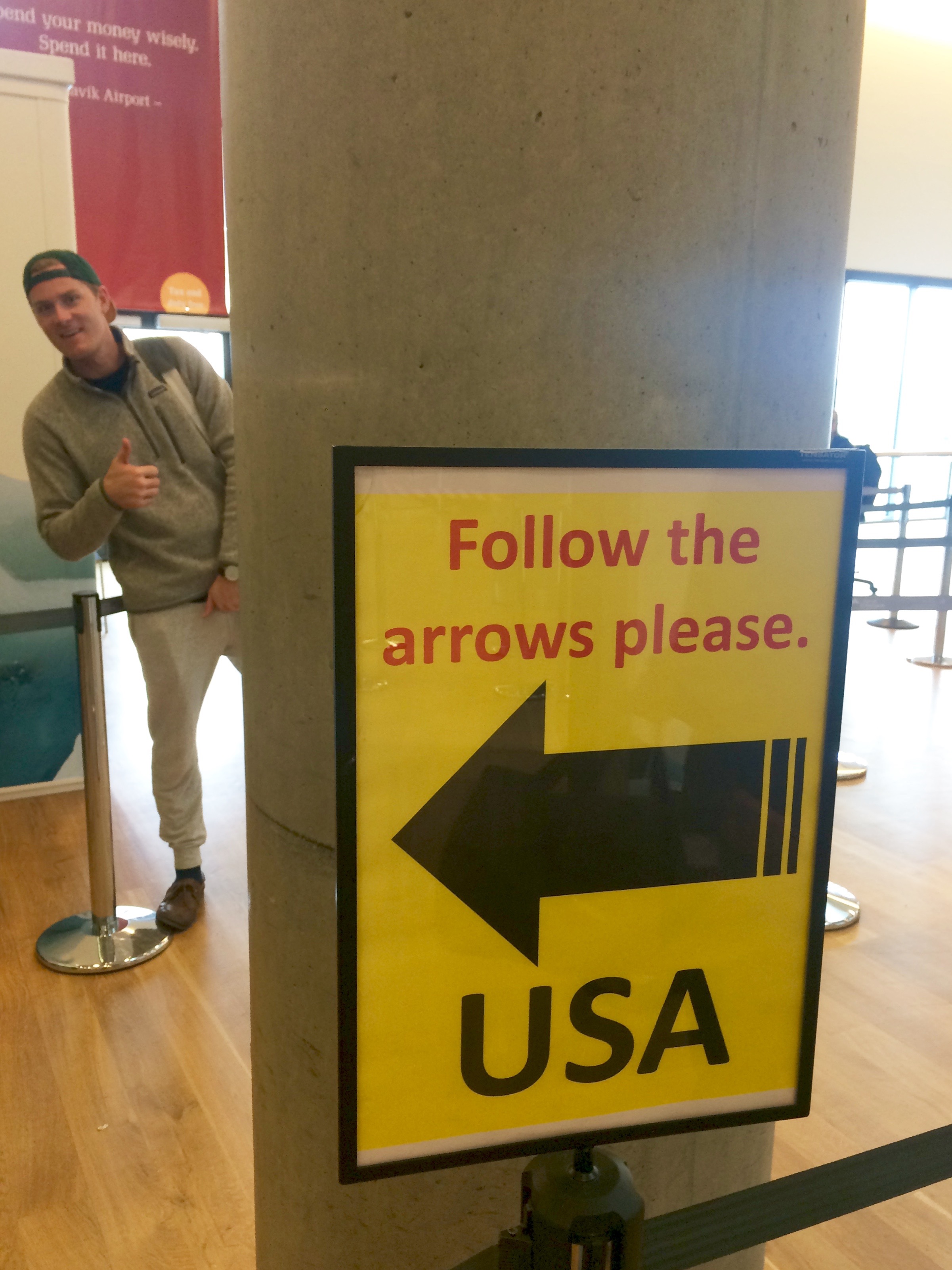 After our few days stopping in Iceland, we boarded a flight for the USA for
the first time in almost a year! This sign was fun to see at the airport ^^ 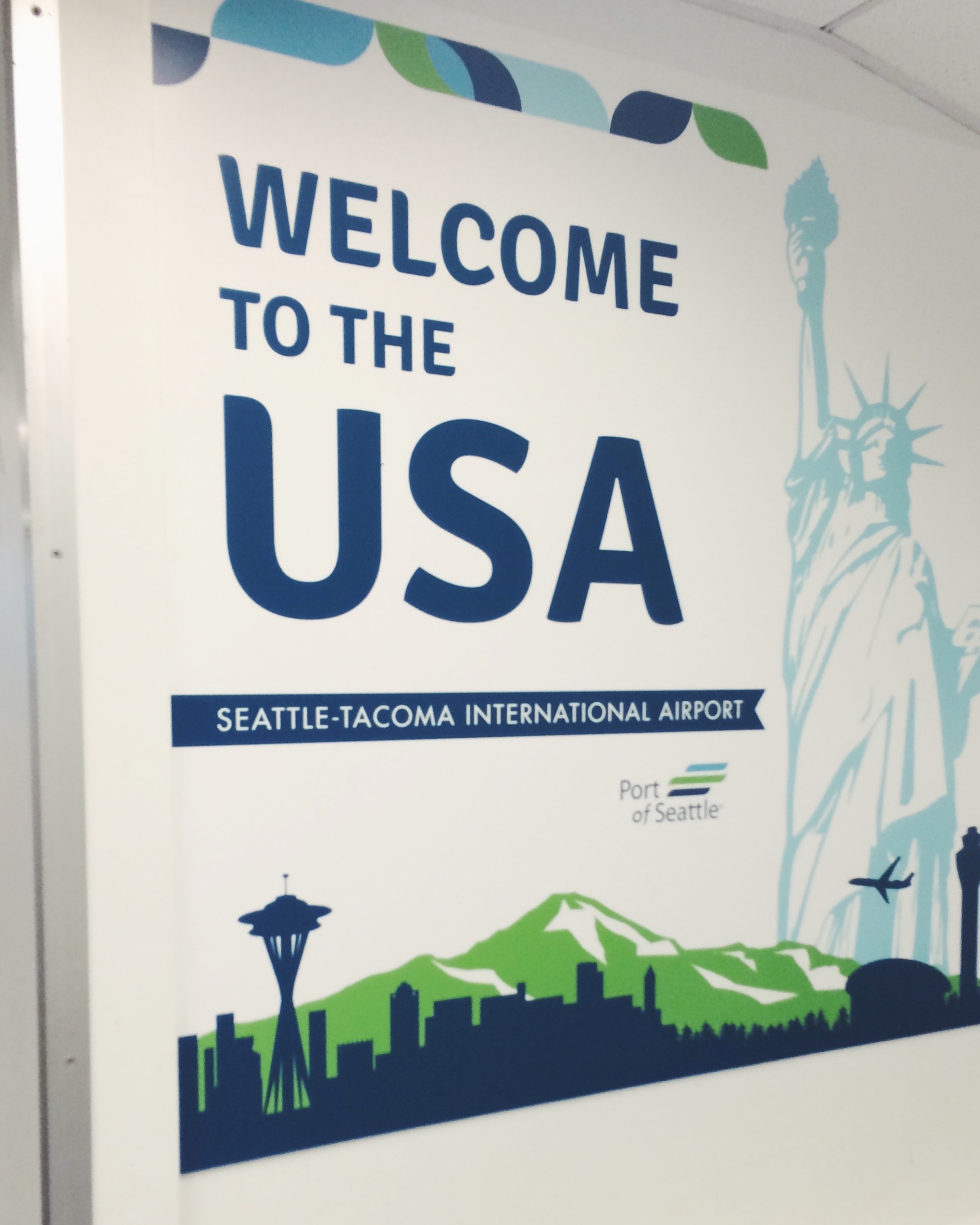 …and the next stop was the USA! We flew direct from Reykjavik to Seattle, which
wasn’t bad at all since I am used to coming from the European continent and we were
a few hours closer leaving from Iceland. It was also nice to get straight to the West Coast!
I couldn’t believe how good it felt to see this sign ^^ With baby in my belly and all of
the adventures we’ve had, I felt so ready to step foot on U.S. soil and be back to the familiar. 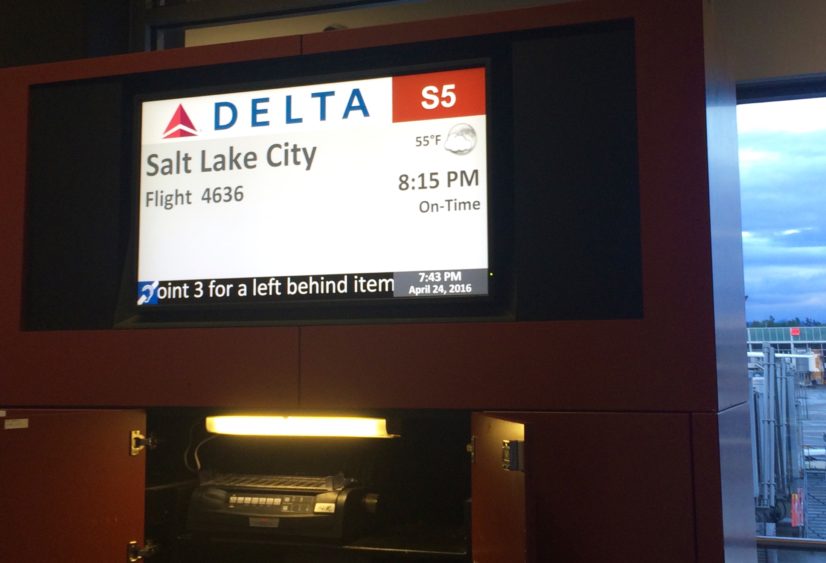 And this was a fun sign to see ^^ We decided to stop through Salt Lake City on
our way to California so that we could see family, pick up storage, and spend
some time back home before the next transition. I was so happy to be headed here ^^ 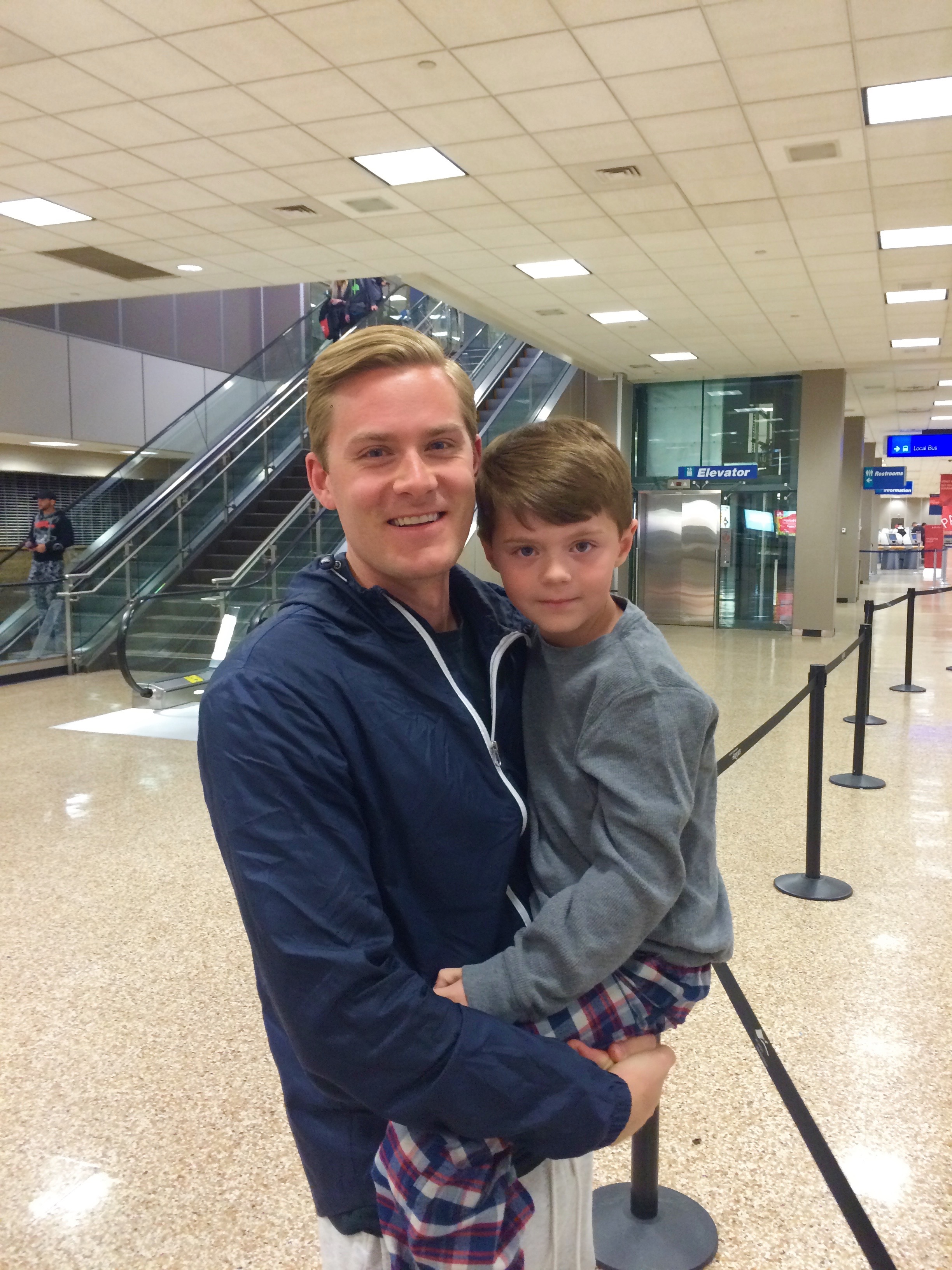 We landed around midnight in Salt Lake City, but Chase’s cute mom & nephew Will
still came to pick us up. We were so flattered he stayed up past his bedtime to greet us! 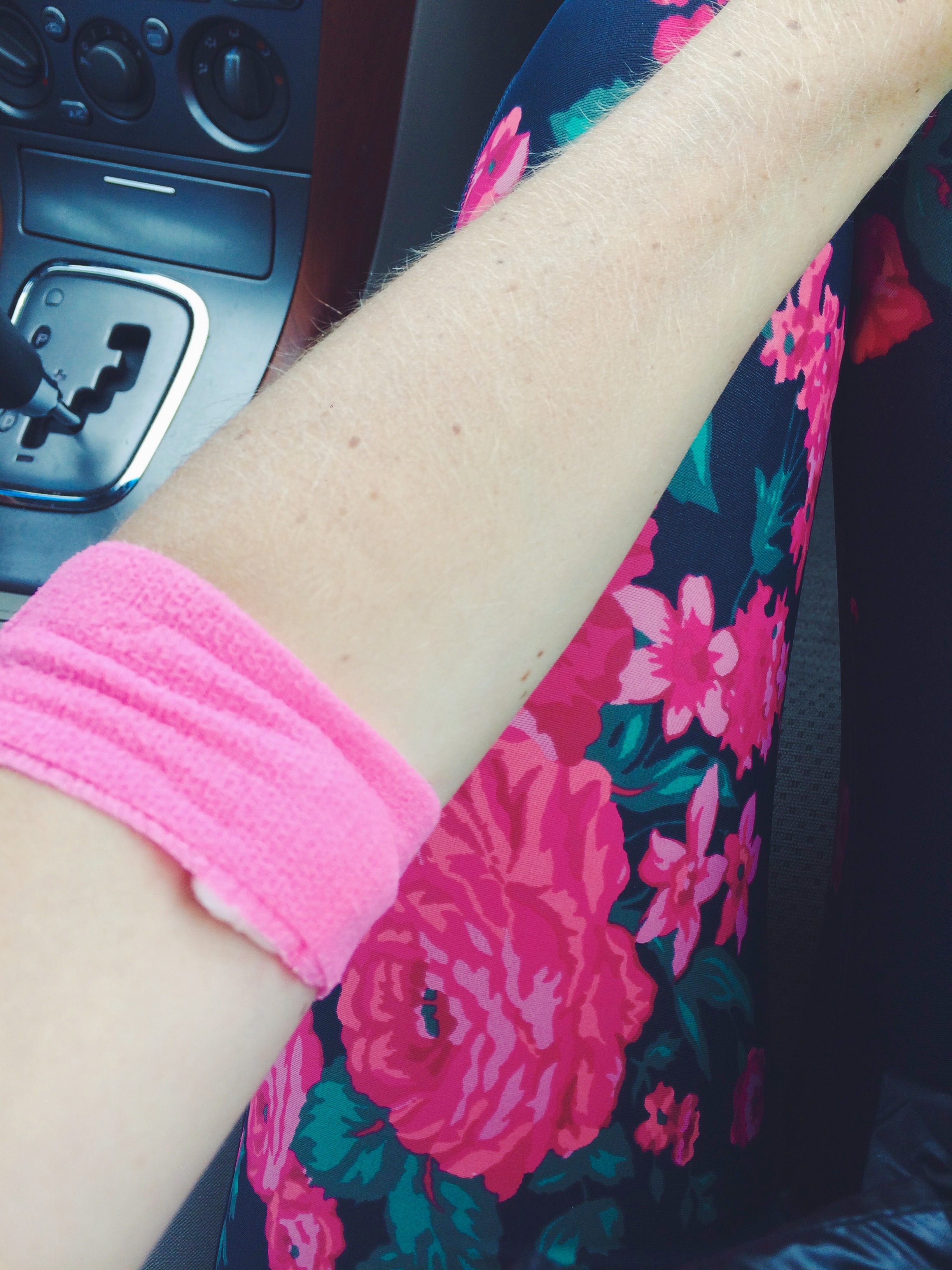 First thing Monday morning was a doctor’s appointment for baby with a U.S. doctor,
which was so nice to have in English…but not so nice for all of the shots/ blood drawing.
Since the Netherlands and the US have such different healthcare systems, we’ve had to start
looking into things like critical illness insurance and all the different healthcare options.
If you wanted me to define critical illness insurance before this move, I would have had no idea
but now I realize how helpful it could be! Anyway. the appointment went well, despite the pain.
At least I matched the bandages to my leggings! :) We sure are doctor hoppers lately…I told
a friend now I can compare prenatal care in lots of different countries from our experience! 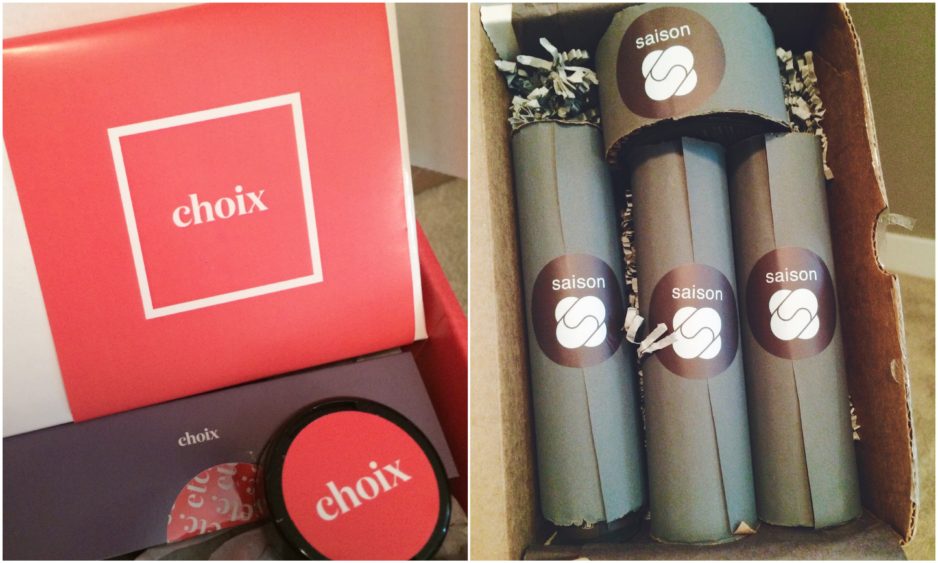 I also had lots of packages waiting in SLC like new makeup and my spring skincare set
from Saison, which have both been desperately needed during the past month of travel.
(AKA .. I am the worst at taking care of my skin on the road, so hallelujah) 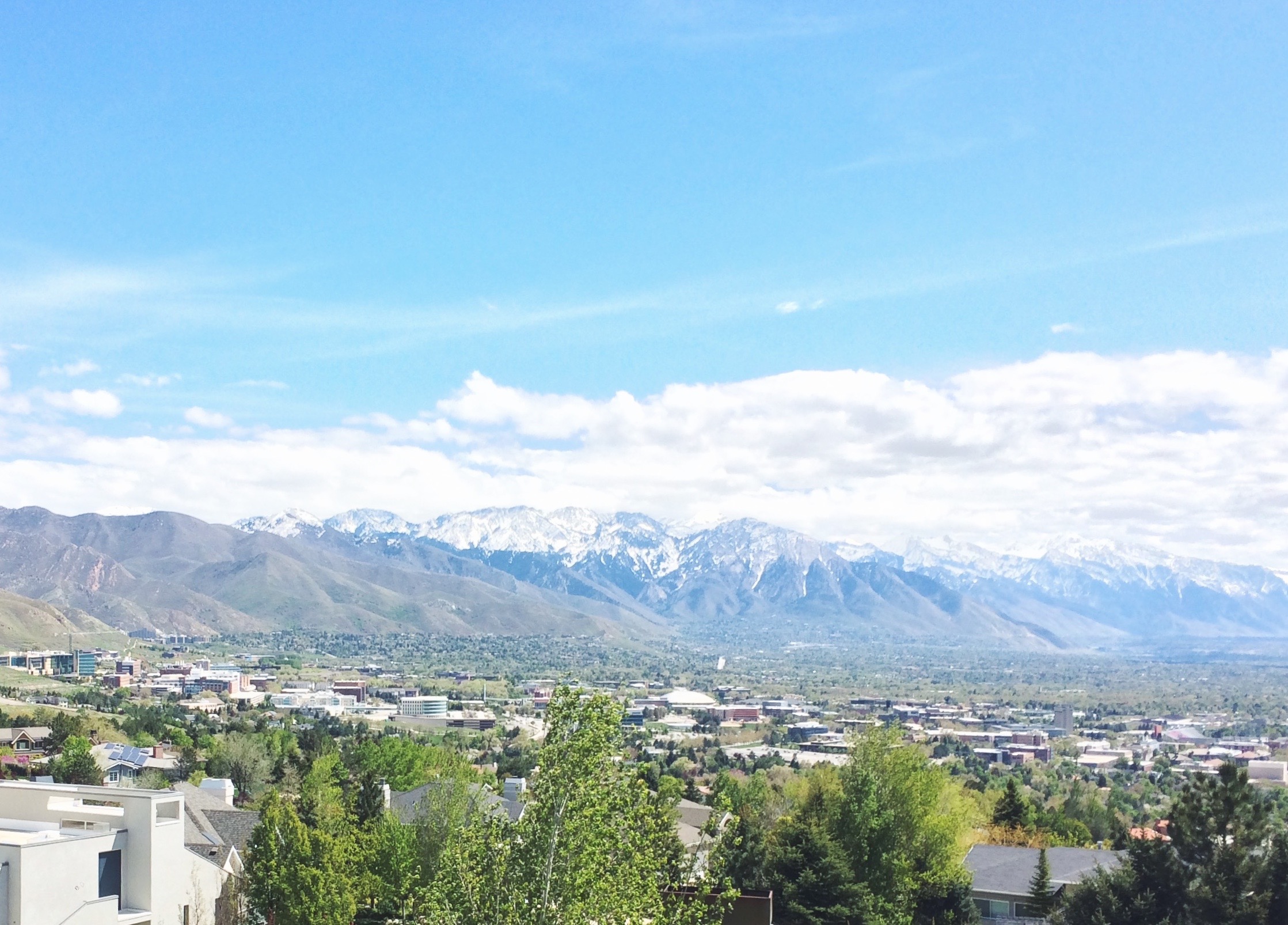 ^^ Beautiful SLC! ^^
The day after flying in we had the doctor appointment, grabbed Cafe Rio, and
headed straight down south 5 hours to Southern Utah for the funeral of
Chase’s sweet grandma. It was a crazy whirlwind but we were lucky that the
timing worked out for us to be there so well, especially after being so far away! 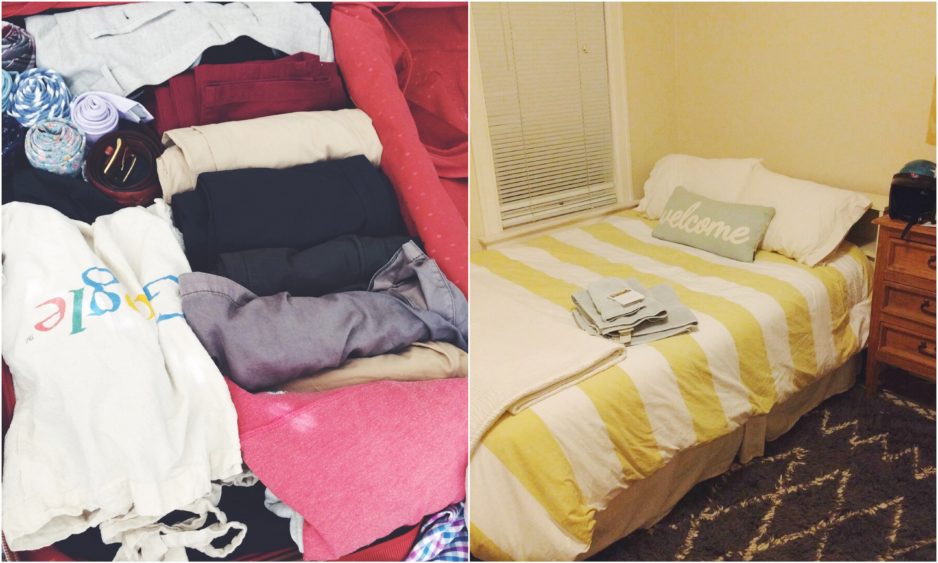 Lots to share from our time down in Southern Utah and back in Salt Lake,
but for now Chase has already left back to the Bay to start his new role with
Google and find our next apartment! (He is staying with our bff’s out there and
they sent me this cute pic of his guest room all ready.) ^^ I already miss him SO
MUCH after being together nonstop traveling, but I get to hang out in SLC for a little
with friends and family and work from here until our place is ready… so more to come!