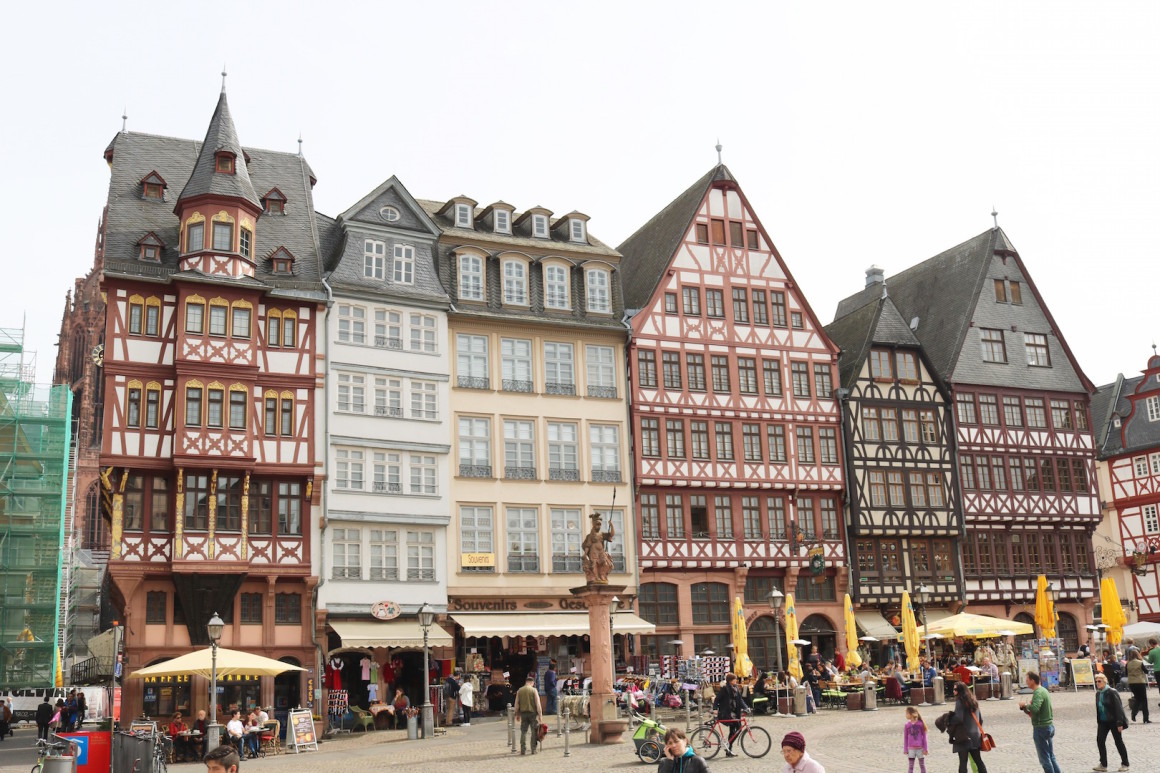 We started off April with a road trip to Germany with our cute friends from Amsterdam!
If you missed it, we are moving back to the USA at the end of this month – and had some
transition time before Chase’s next role back at Google in California – so we decided to get
out of our apartment lease and travel these next weeks as one big “babymoon” / farewell to
Europe tour before leaving. Germany was the perfect way to start off, and we did some towns
in the Southwest we hadn’t made it to yet. We’ve done the north, central, and eastern parts of
Germany, but wanted to make it to Düsseldorf ––> Cologne ––> Heidelberg ––> Bad Wimpfen
––> Rothenburg ob de Tauber ––> Frankfurt etc! This entire area has so much to offer, and so we
just decided to hit the road (our friends drove) and see where we could make it during the weekend. 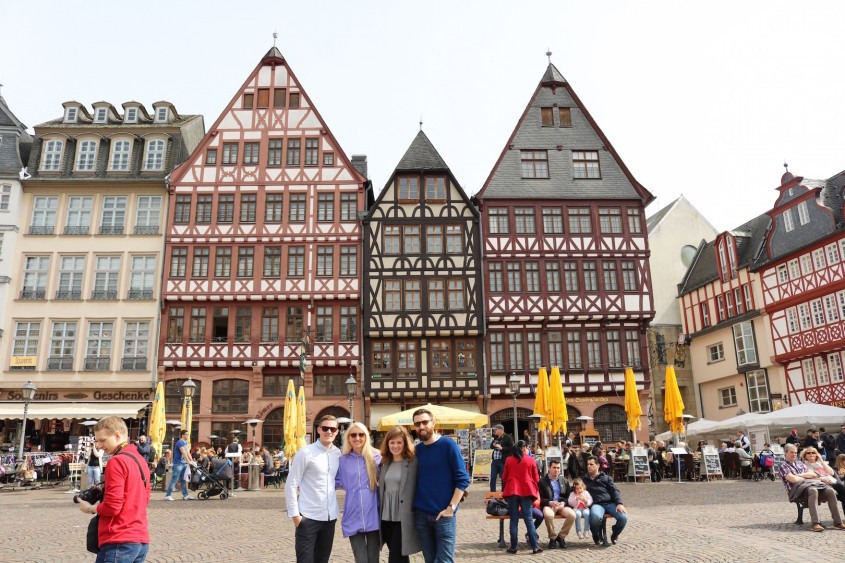 The freedom of visiting out-of-the-way spots also comes with its own challenges. That’s why the motorhome we were travelling in, had the necessary insurance cover from Staveley Head, with a few add-ons thrown in for good measure. Our friends are fun, and cautious!

We hit so many cute tiny towns, (Heidelberg being a favorite), ate amazing Germany food,
had good road trip chats and game nights at the hotels, and soaked up some last time
together before our friends dropped us in Frankfurt on Sunday where we would fly
out of to Istanbul – where we are now! It was a whirlwind but that’s how the entire month
will be … so we better buckle our seatbelts! Here are some details from the road trip and
highlights of Frankfurt. See you from the road: Turkey, Romania & Bulgaria this week,
then finally to GREECE where the majority of our “babymoon” will be spent island hopping. 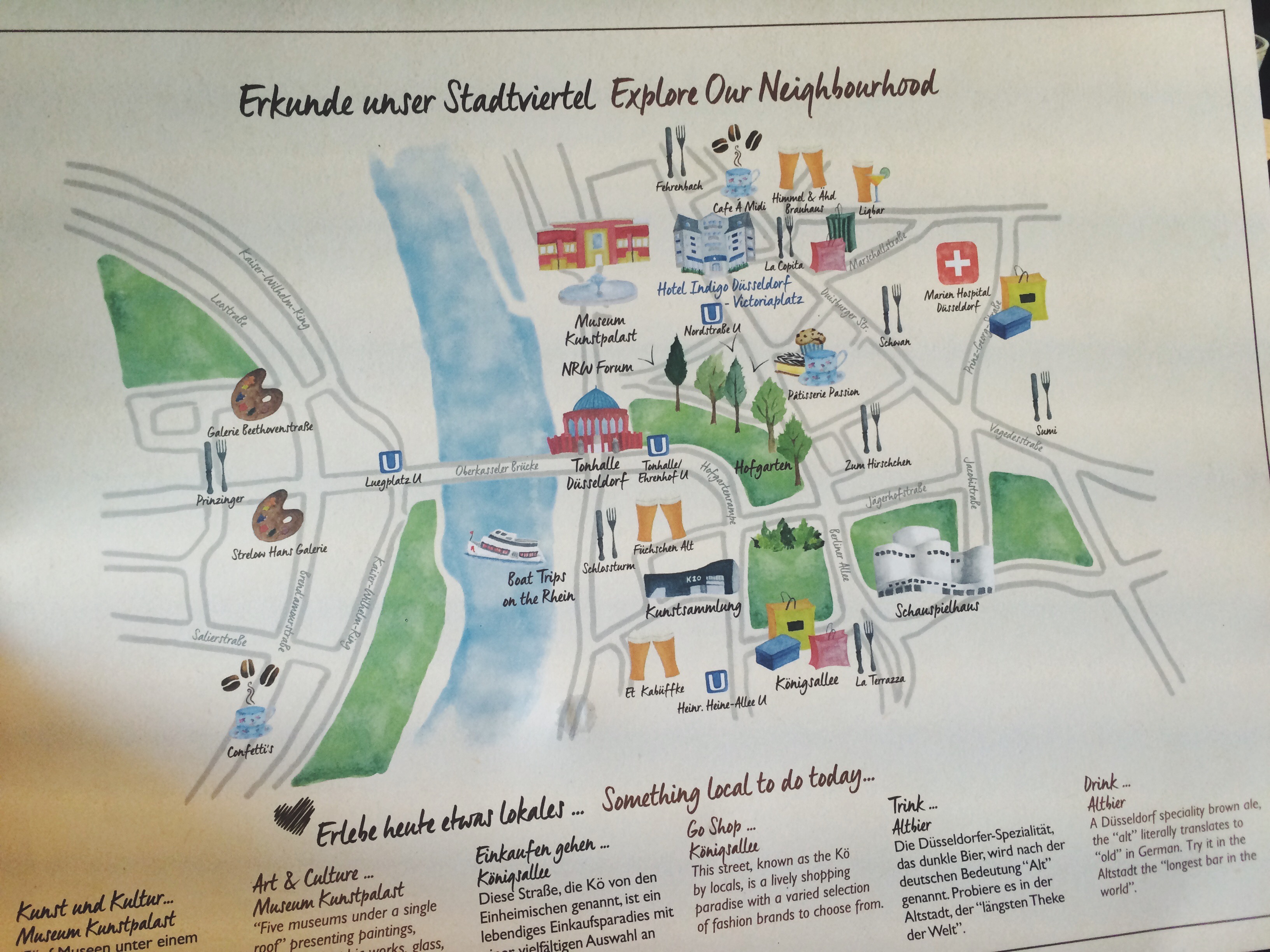 We began in Düsseldorf and stayed at the cute/ modern Hotel Indigo at Victoriaplatz.
We’ve stayed at a Hotel Indigo before in Helsinki and both were in great locations
with a distinctive and modern style. I loved this illustrated map they provided us. ^^ 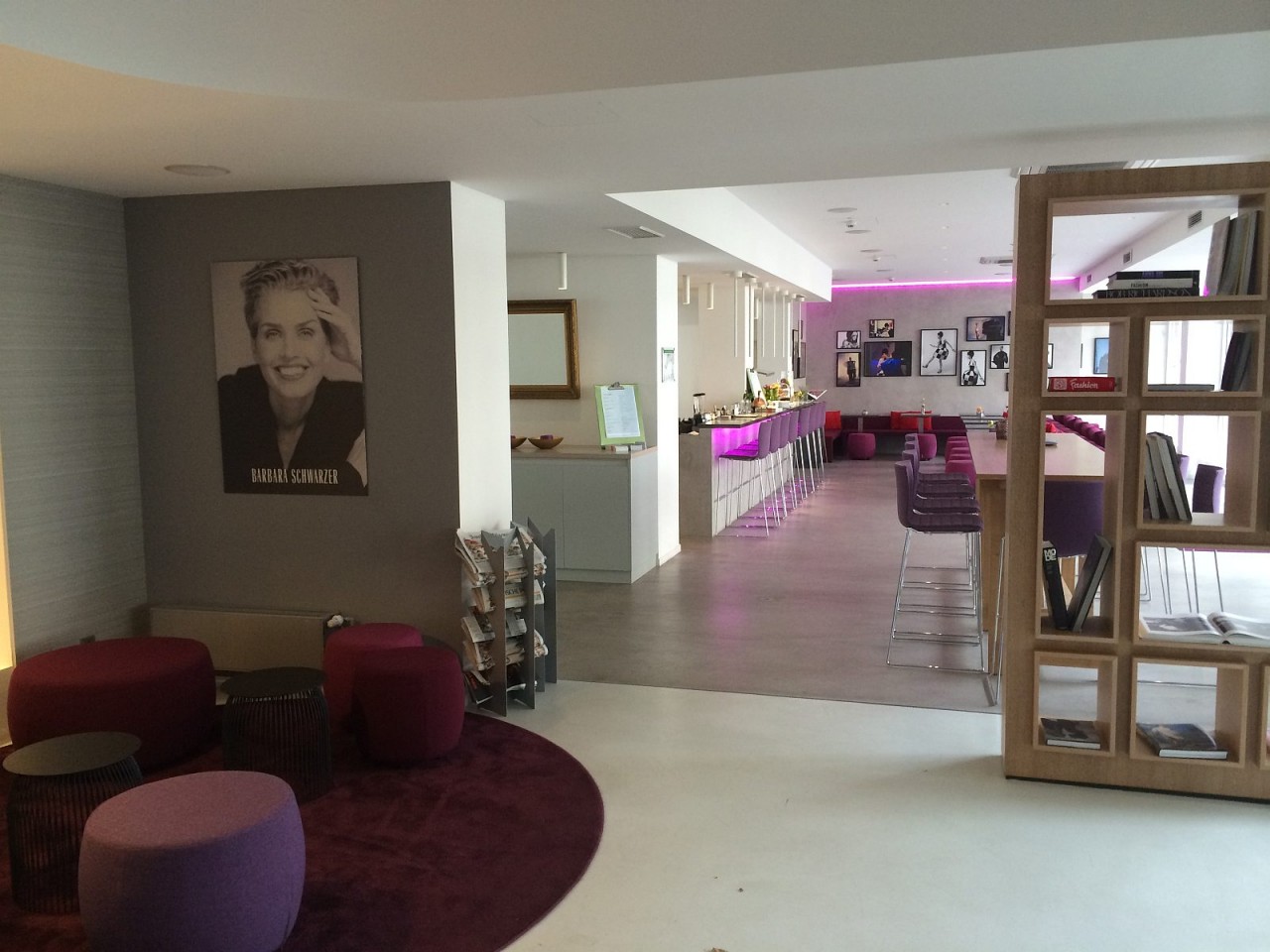 We spent just a short time here in the morning before heading South
through Germany. We had a yummy breakfast – try the “Dusseldorf
special”, a hearty potato omelette and tasty way to begin the day! 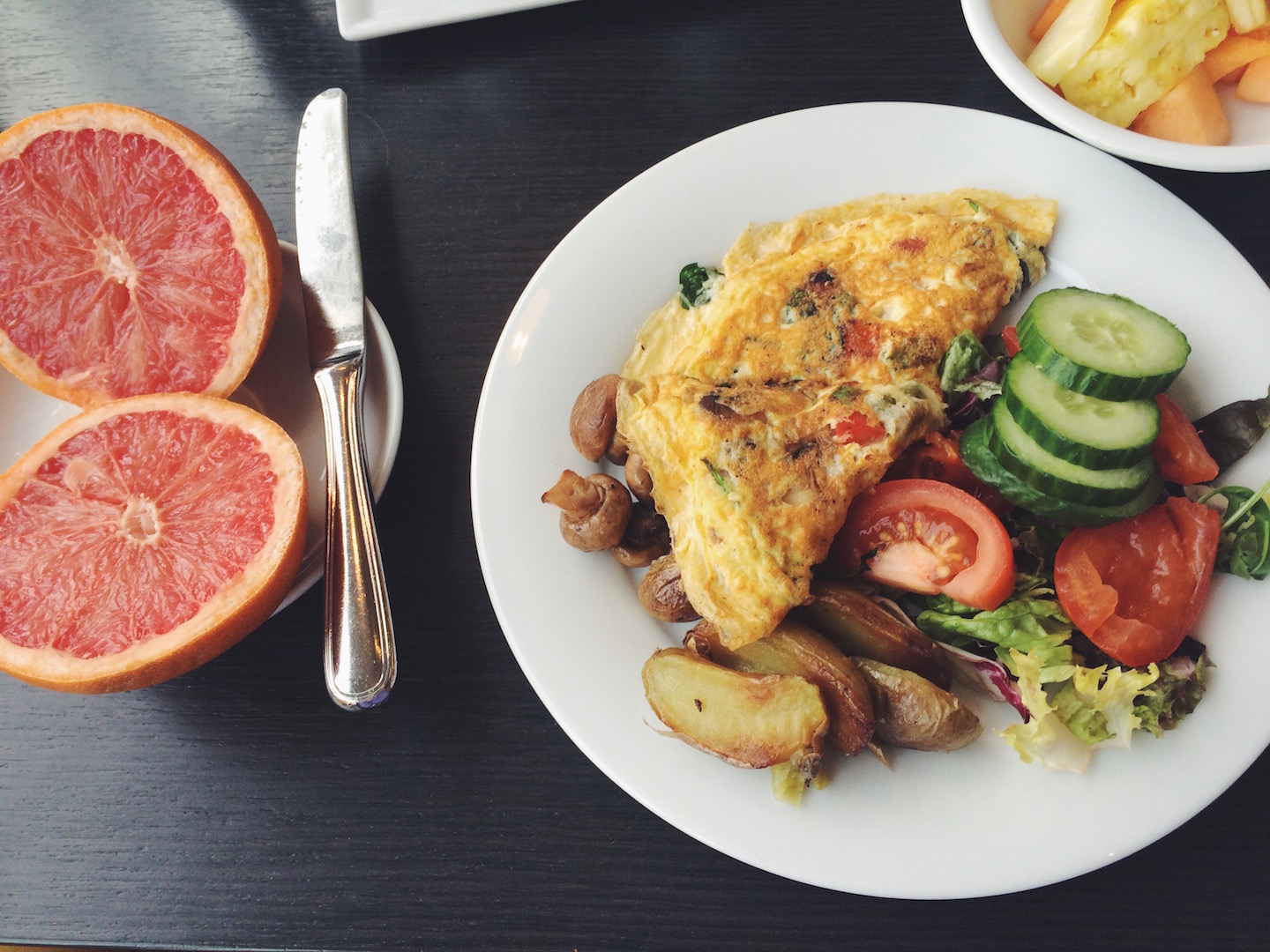 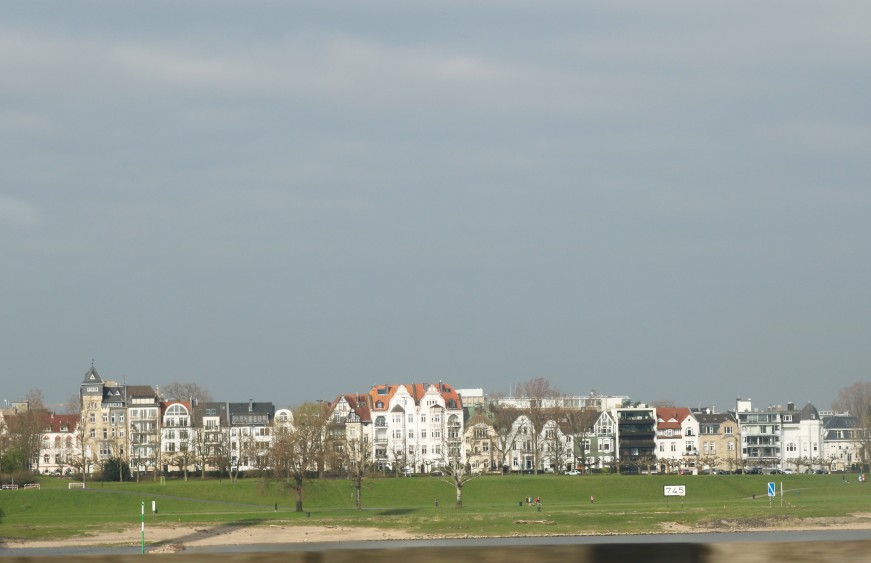 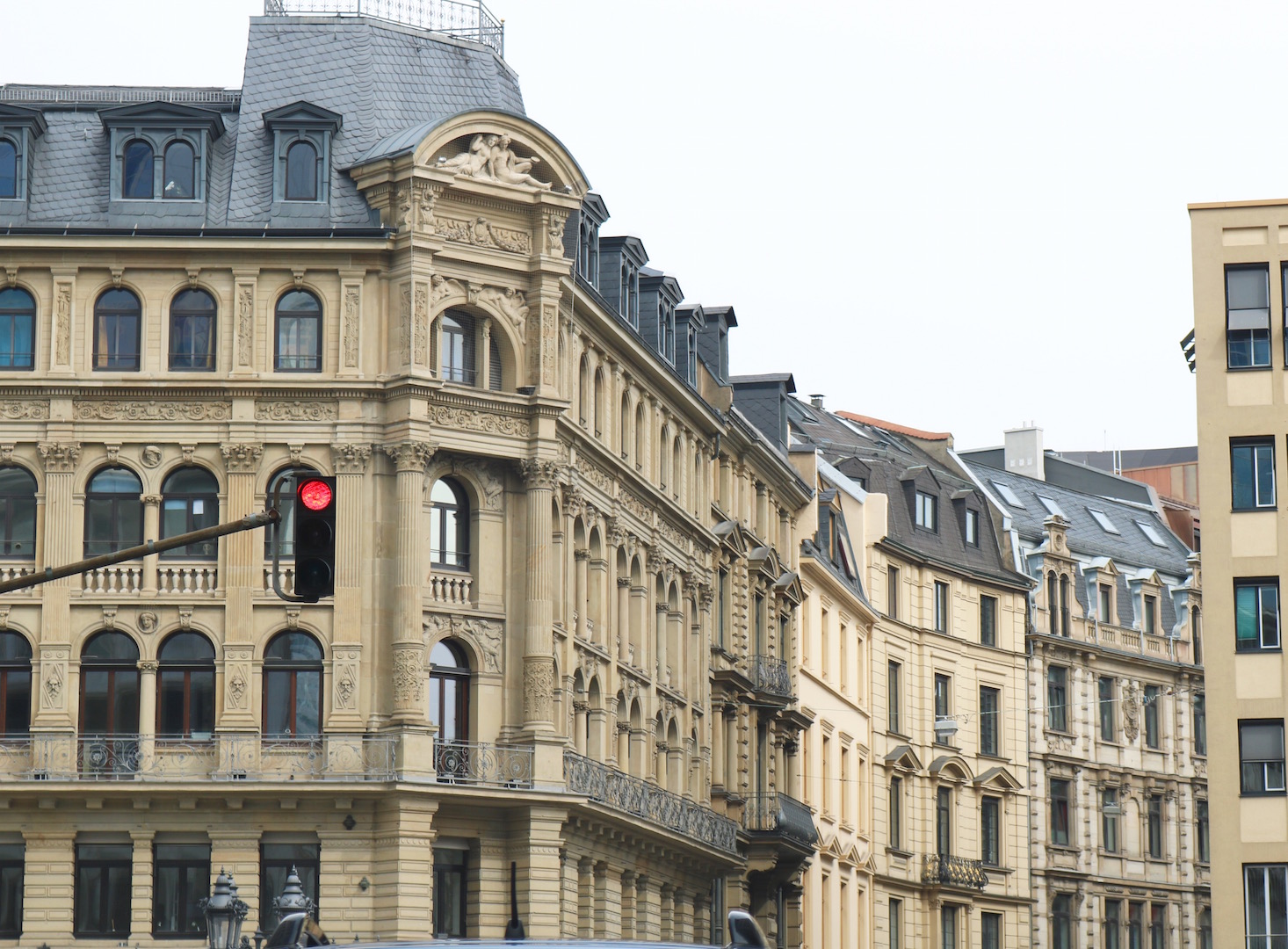 We made Frankfurt a central spot to explore the area and didn’t know quite what
to expect here. I hadn’t heard much about this city other than having a few friends who
went on missions here, and passing through it for an hour with my family when I was
younger. We didn’t have a big list to see here, which made it fun to explore and discover. Throughout this whole journey, I think we learnt a lot of interesting facts about Germany and got to know a whole lot more of this country! It’s worth traveling to and exploring as much as you can; immersing yourself in a different culture altogether can be pretty exciting. 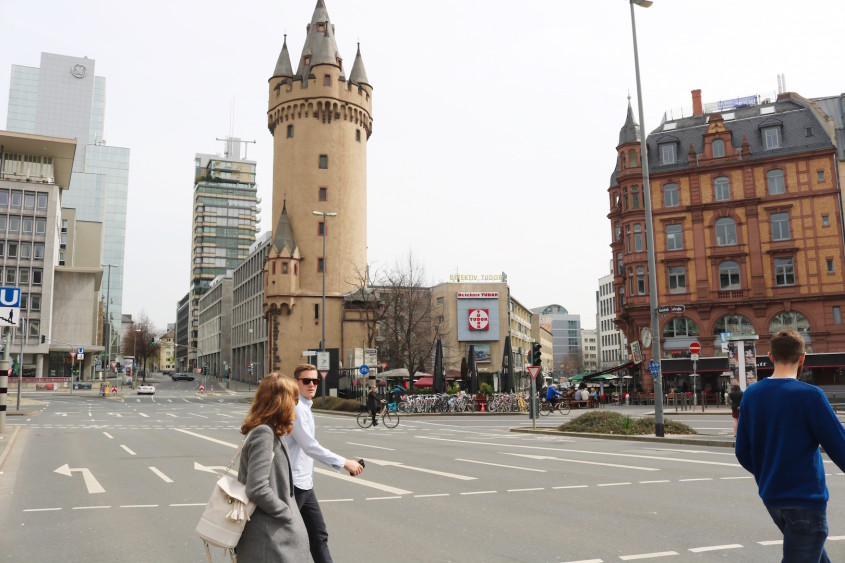 Being a financial hub of Germany (and the EU), Frankfurt has a different and more
modern feel than the old charming German towns you picture. However, give it a
chance as a stop-through due to the major airport, (third largest in Europe!) location
for smaller towns / day trips, and blend of old-meets-new in this more modern city. 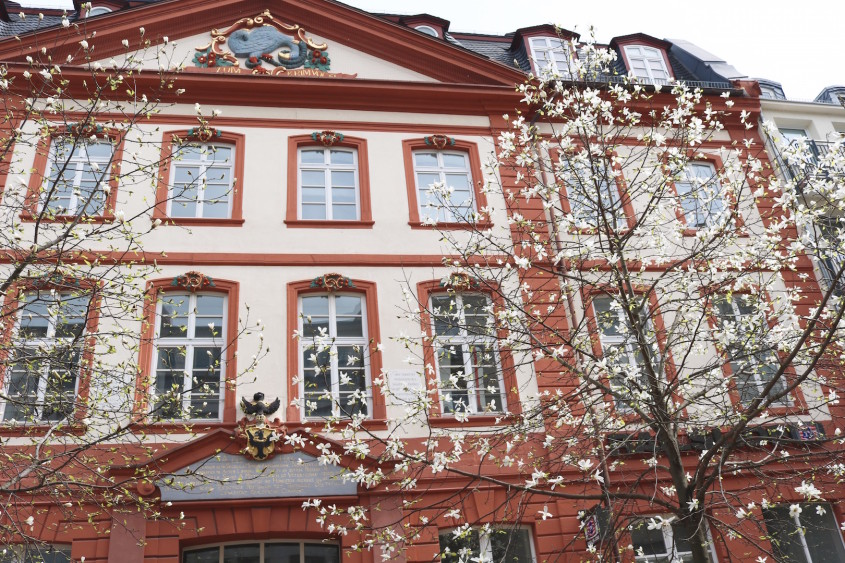 Spring was springing in Frankfurt on the nicest day! ^^ 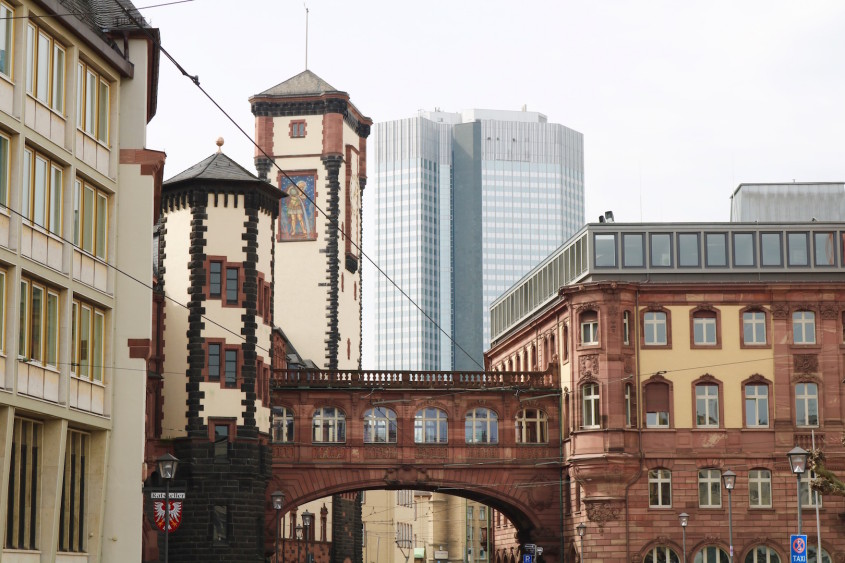 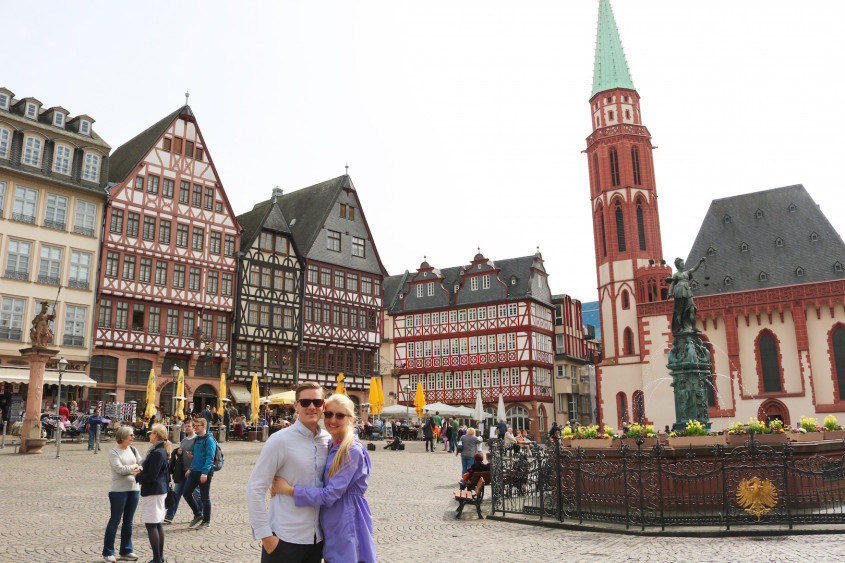 The Römerplatz Square is so darling, but a little deceiving!
Instead of being authentically old, it was rebuilt to look like this
after being destroyed in the war. I love that they re-added the charm! 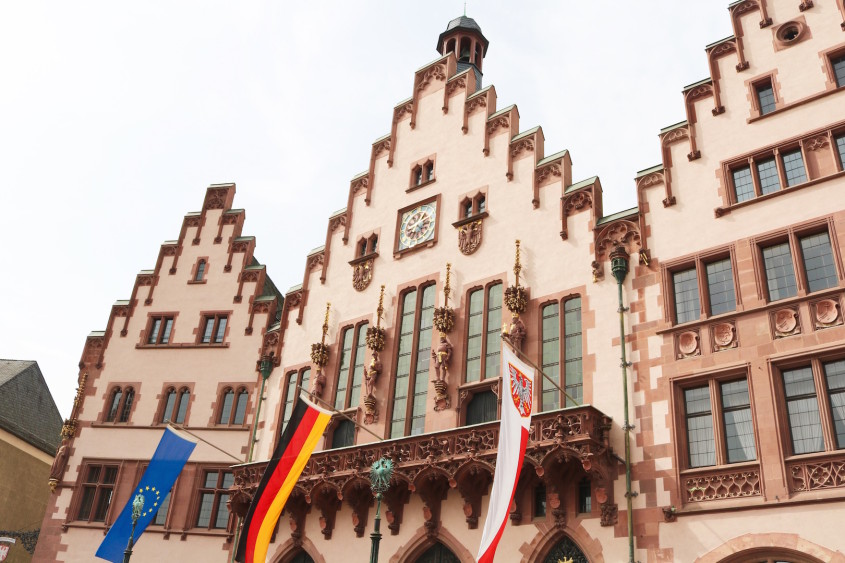 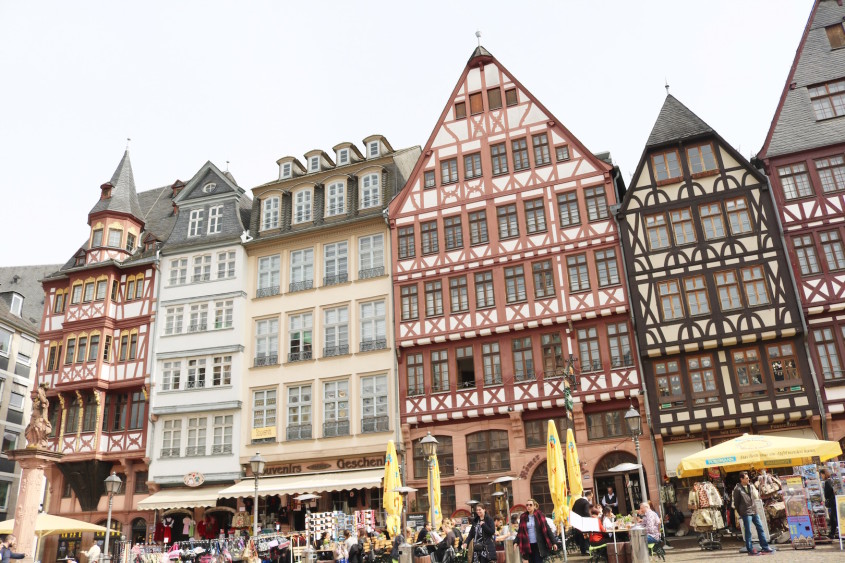 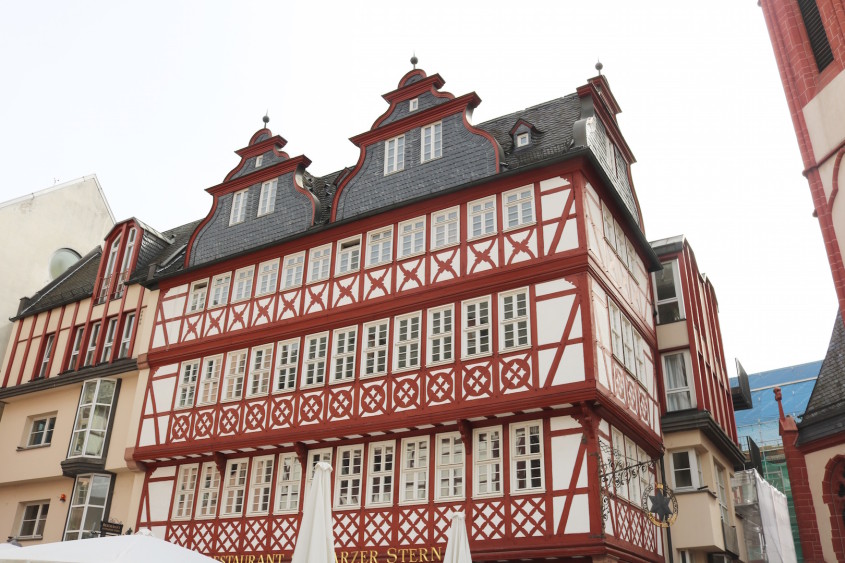 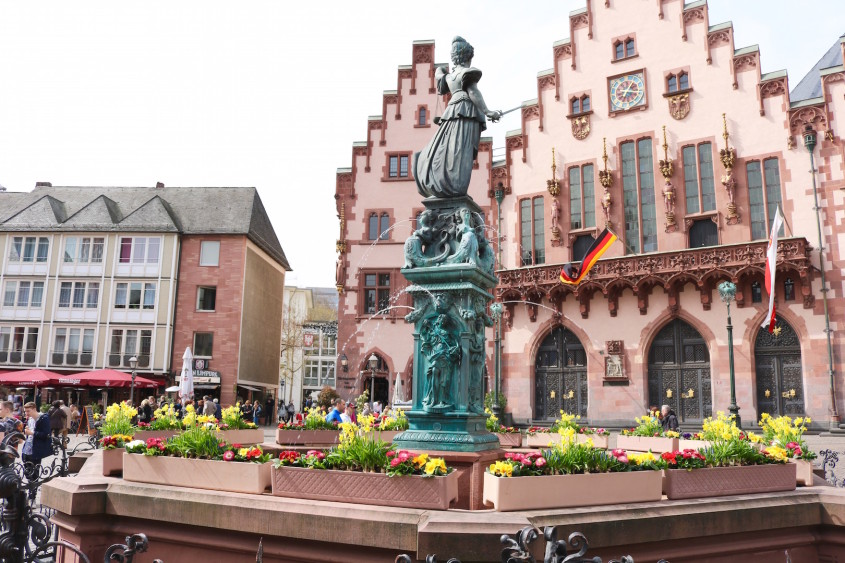 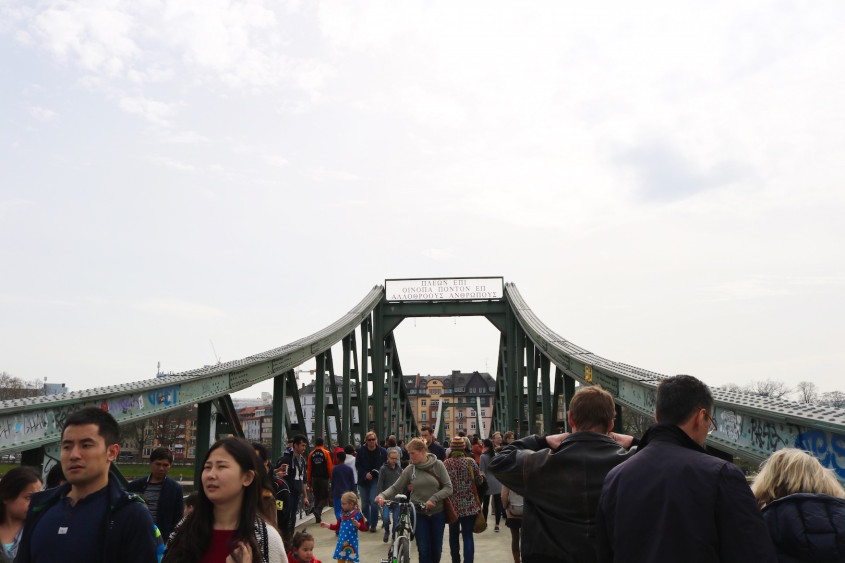 We crossed this bridge which feels like old meets new with
the older buildings on one side and modern backdrops on the other. 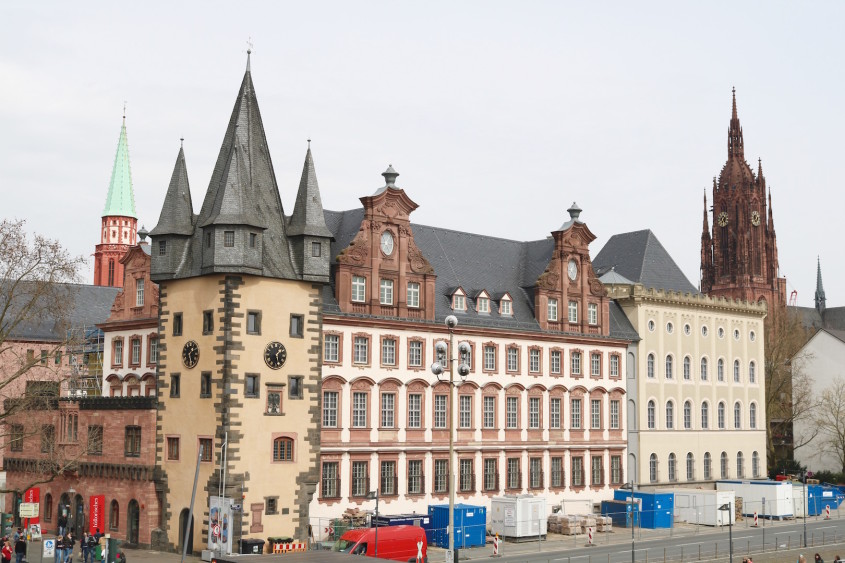 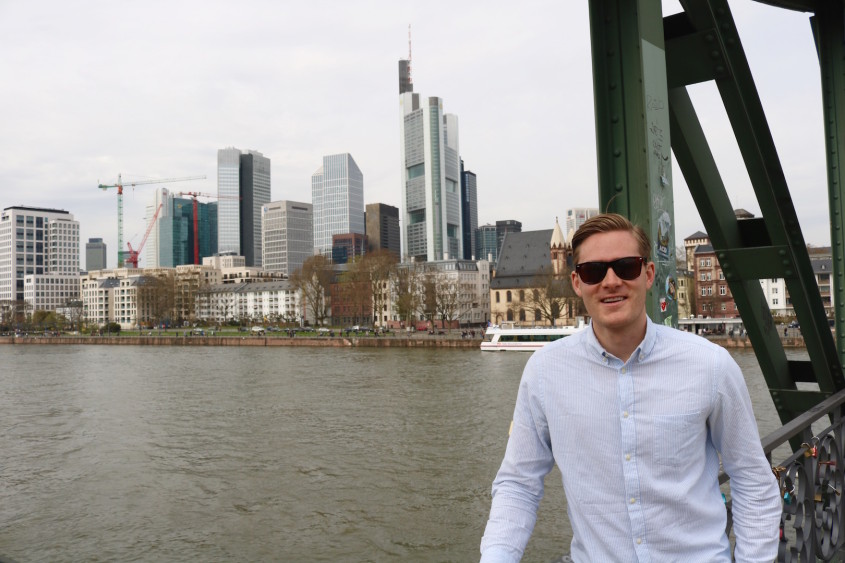 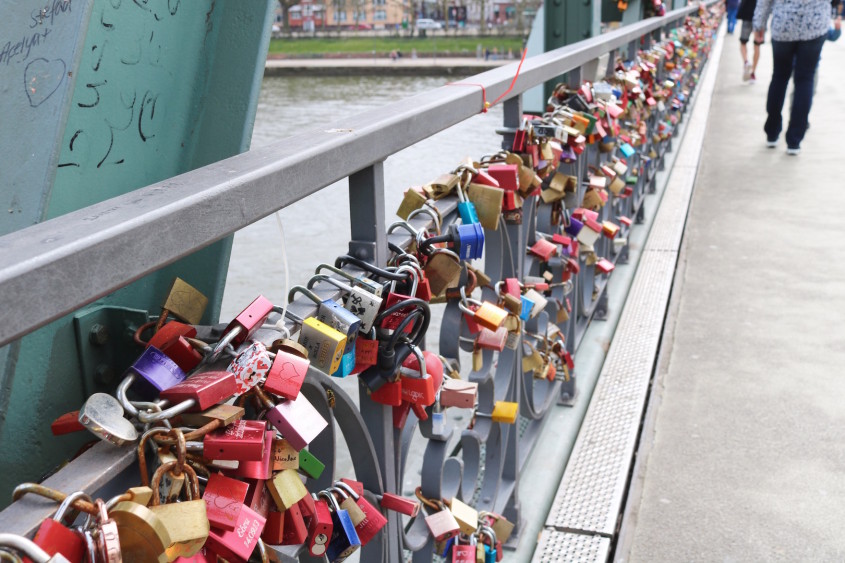 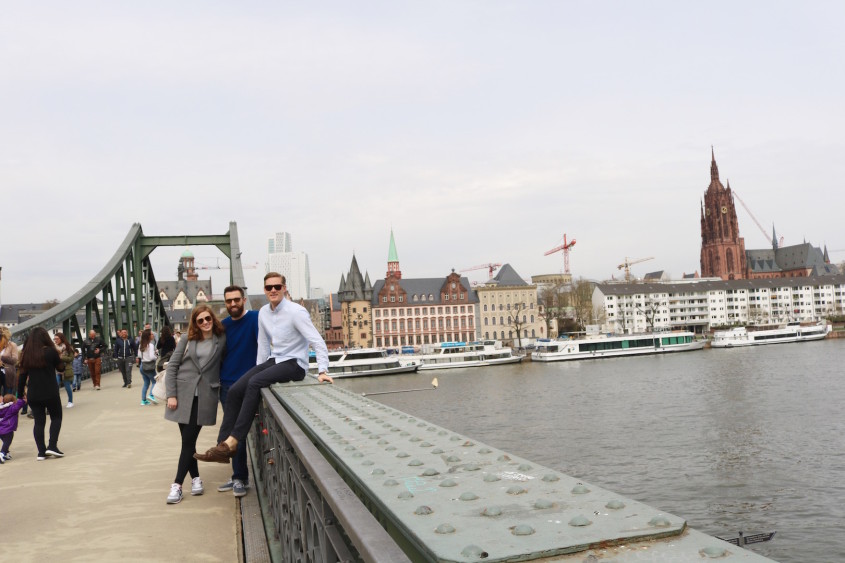 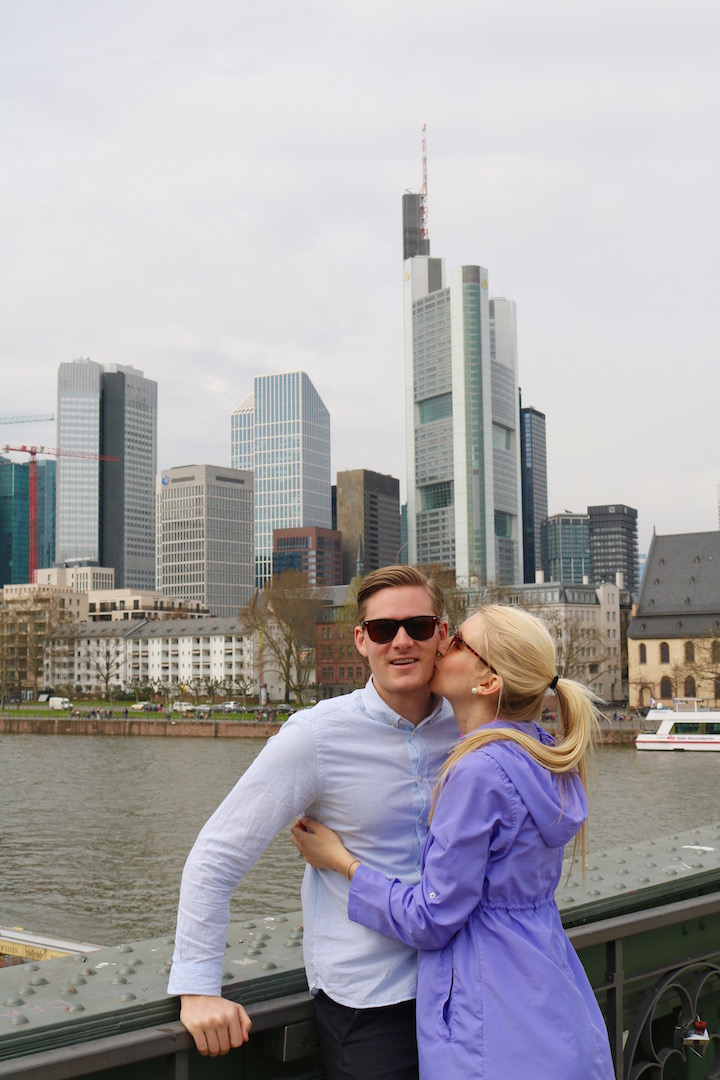 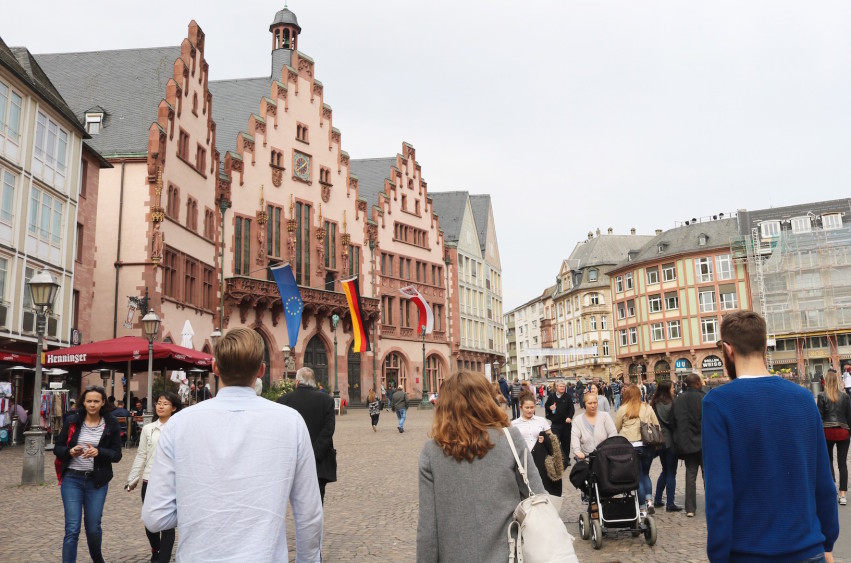 We went back through the city in search of some lunch… 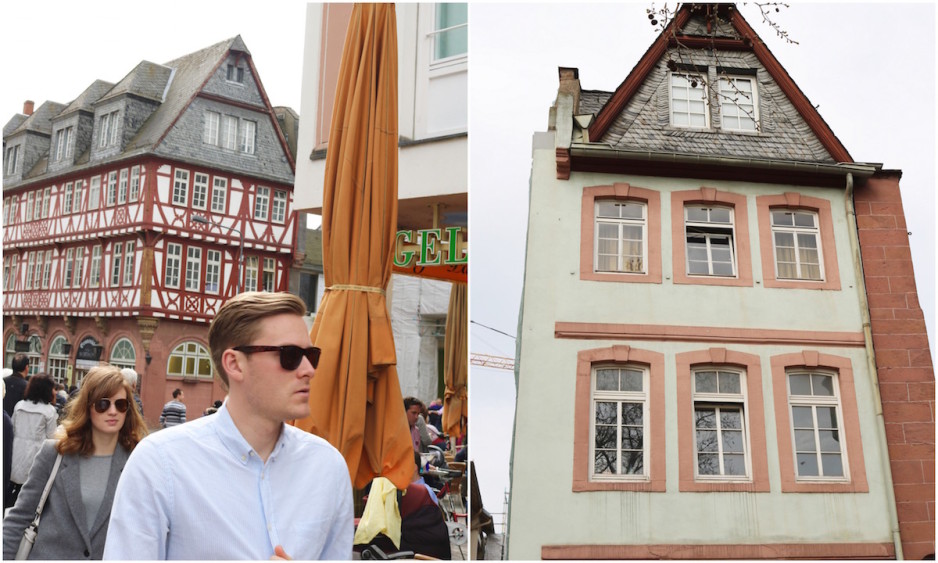 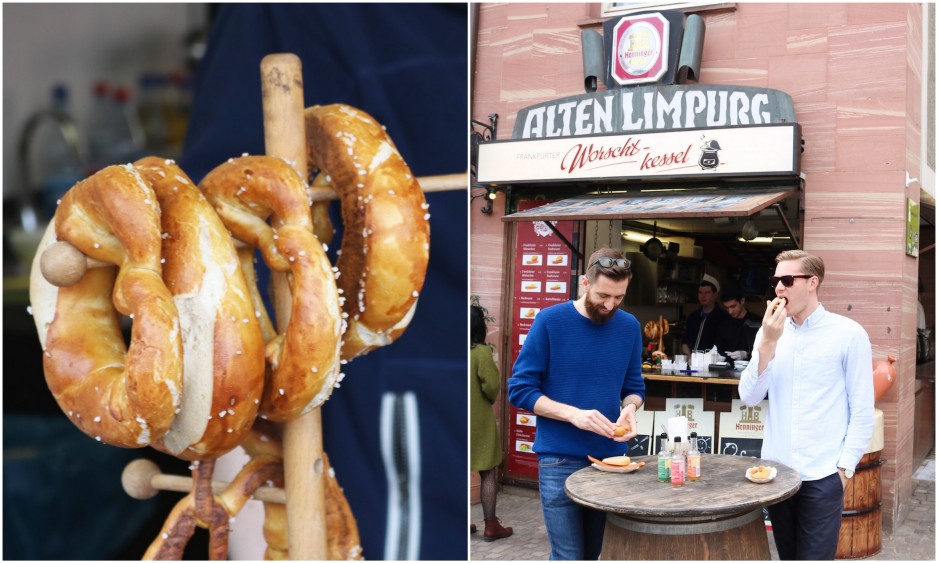 We found it in the form of “frankfurters” (how fitting!), pretzels, and German pastries. 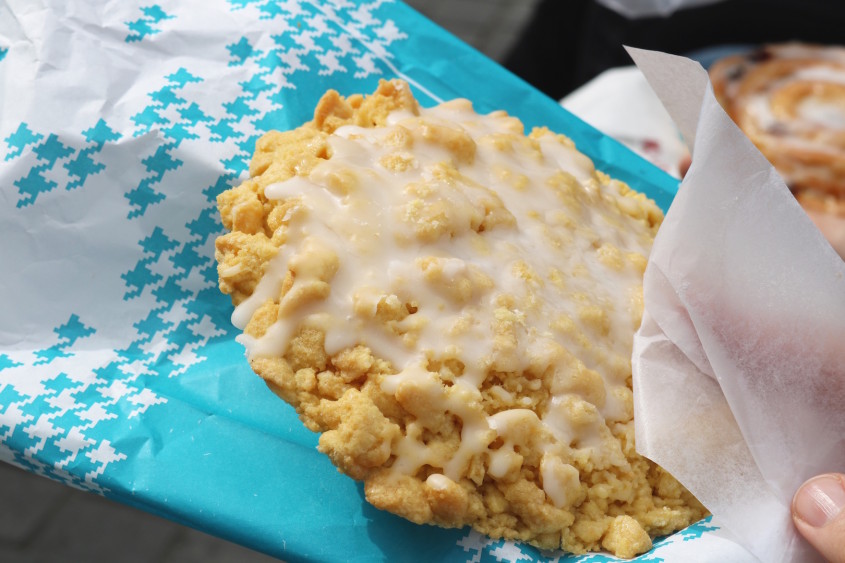 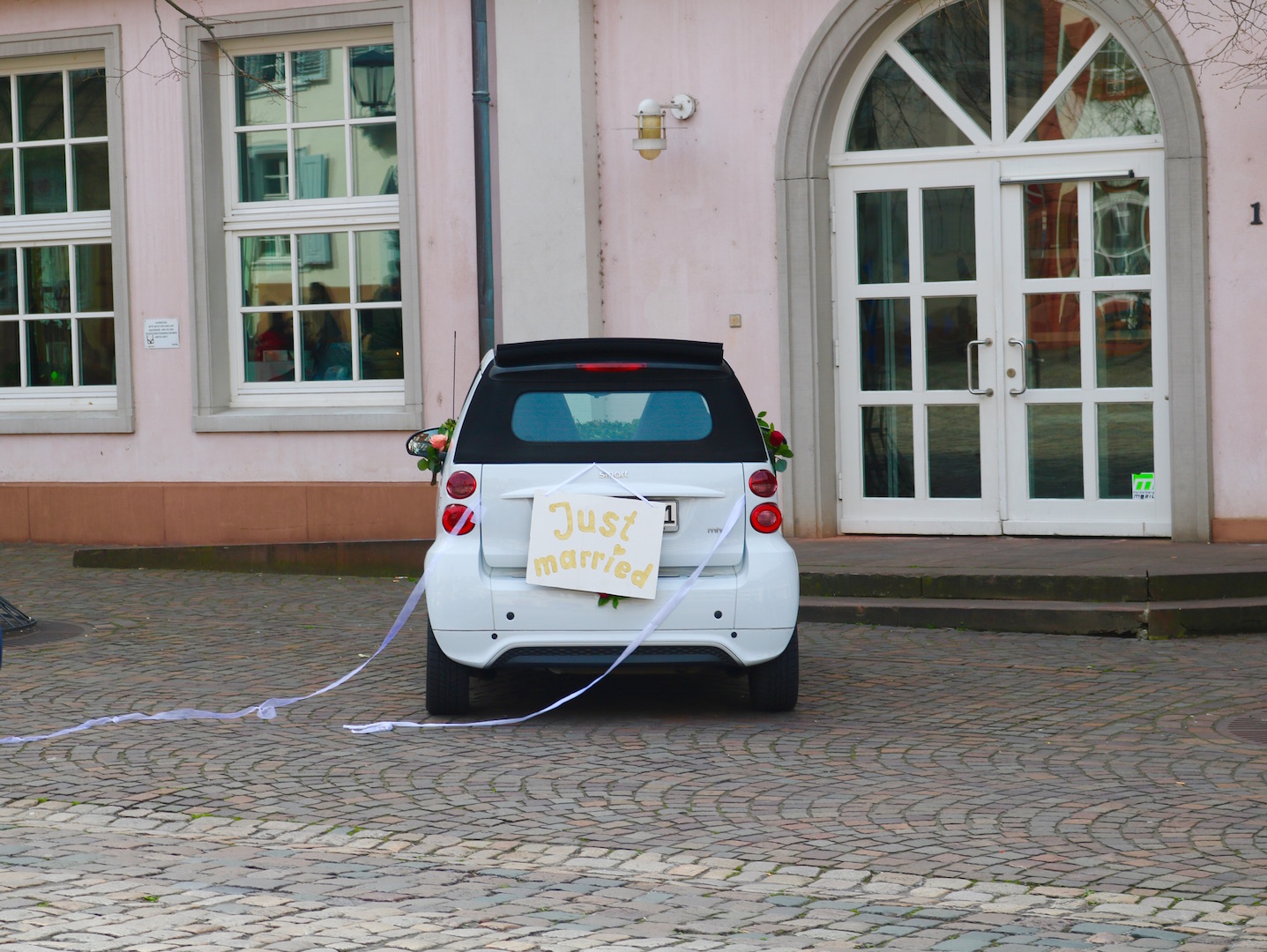 We had to laugh at this “just married” SmartCar- only in Europe! 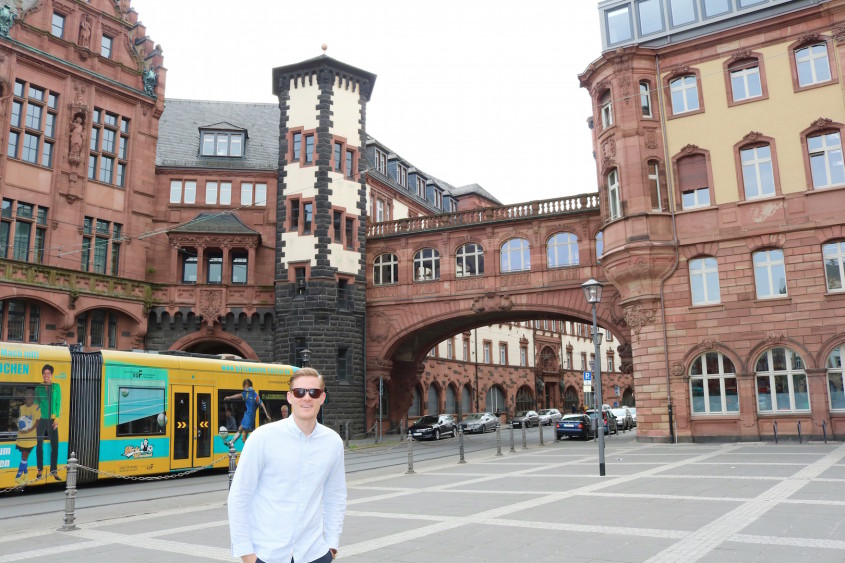 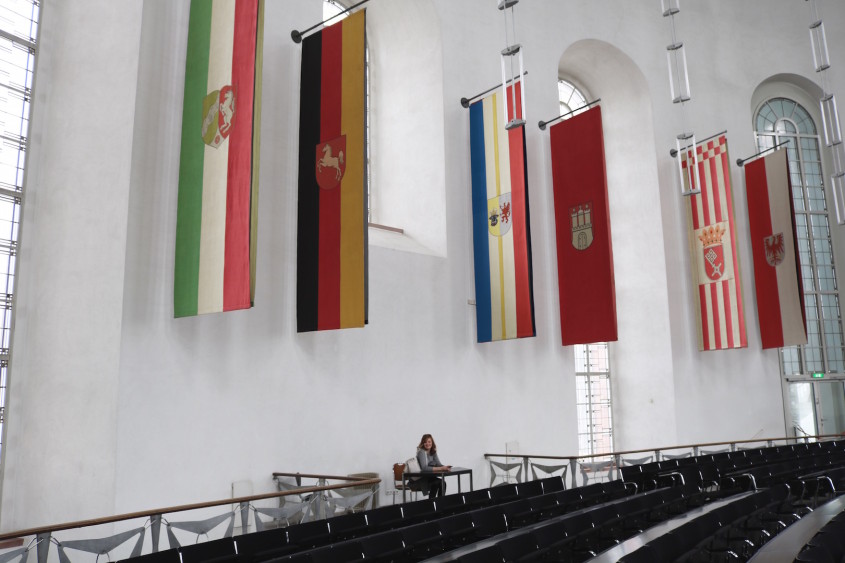 We popped into St. Paul’s Church before our friends had to hit the road.
It is a church that was turned into the first Parliament long ago! 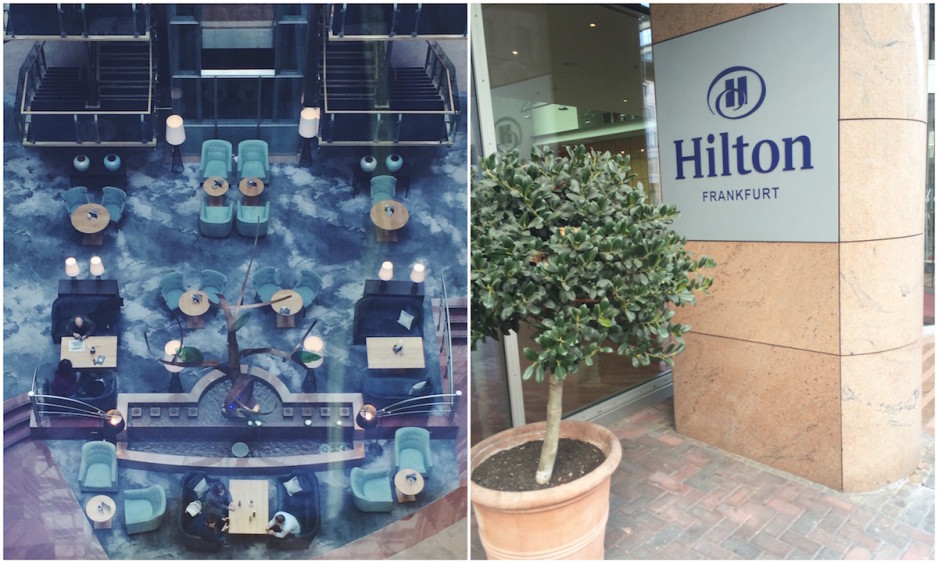 Our friends dropped us at the Hilton Frankfurt City Centre after such
a fun weekend on the road. It was so relaxing before we flew out! 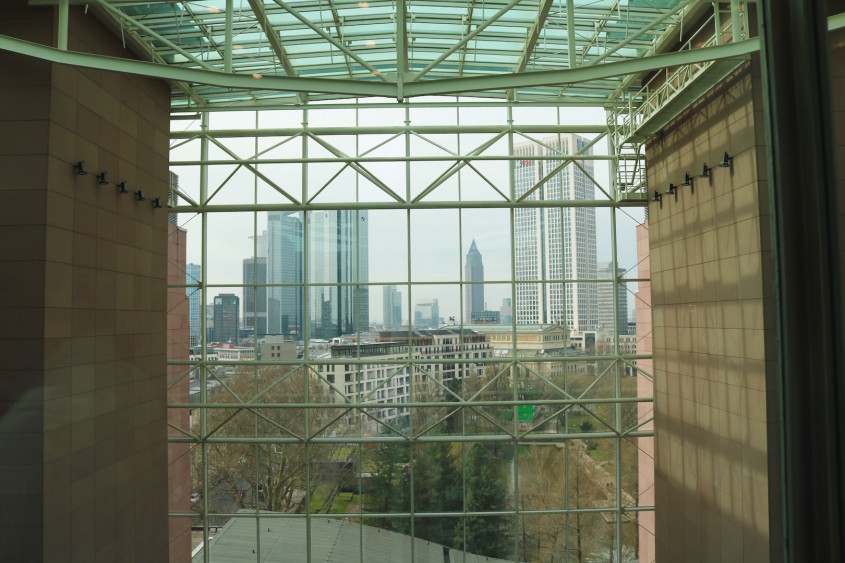