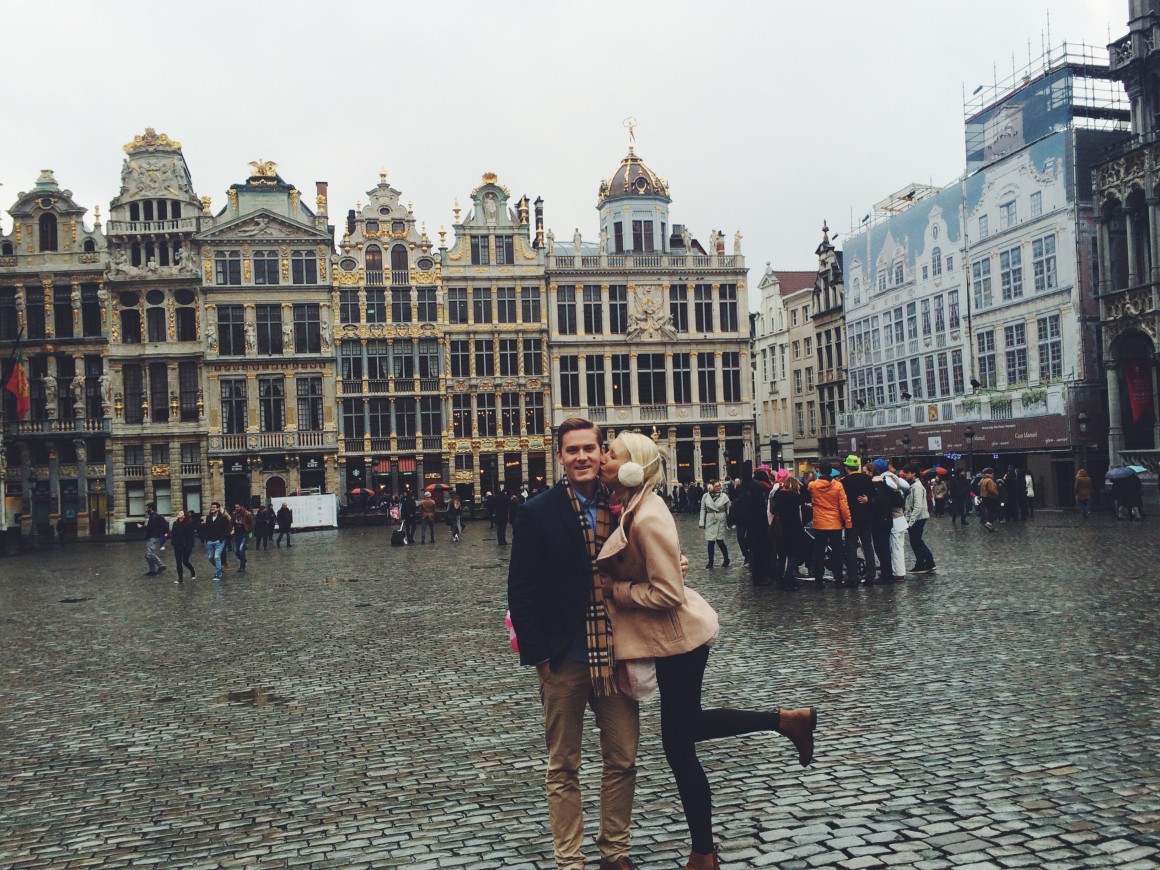 chase won valentine’s this year. he took me to belgium and planned everything!
he had a business trip beginning monday, so sunday after church we headed off to
brussels to celebrate my favorite holiday! i love belgium and i’ve been able to tag along
on his business trip through the whole country the rest of this week. so many great
cities, but let’s start off with brussels. it’s a big city boasting the EU headquarters,
but at the same time it’s charming and amazing and filled with the smell of waffles.
here’s a taste! (not literally, though i wish you could taste the amazingness here)

definitely decked out in my v day pink in the grand place.
chase found one of the best hotel locations ever right in this
gorgeous square, but the hotel itself was a bit rough around
the edges & unorganized. the location was still so worth it though. 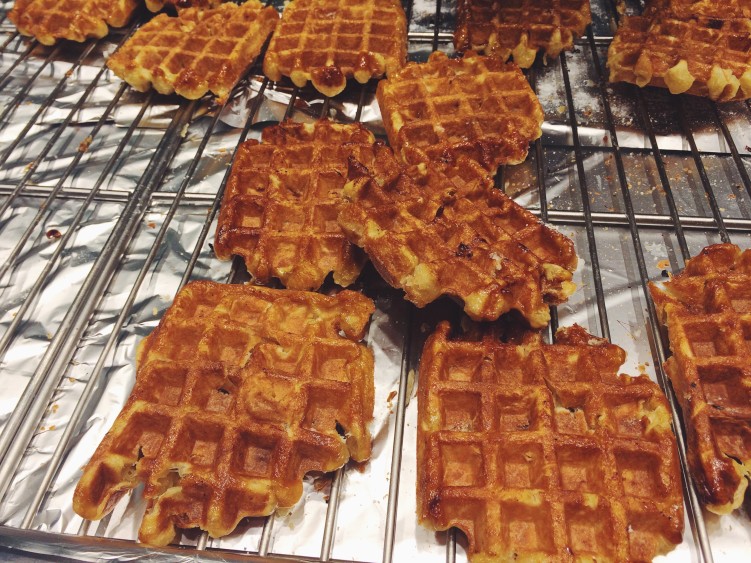 liège waffles are the main highlight of coming to belgium.
don’t get brussels style, get liège style! simple is also best
even though the toppings look amazing…just get sucre! 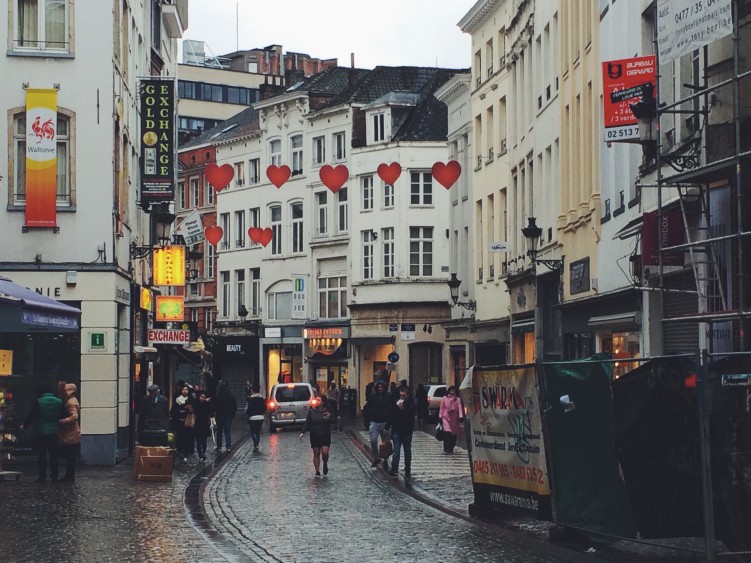 the town was perfectly decked out for love day ^^ 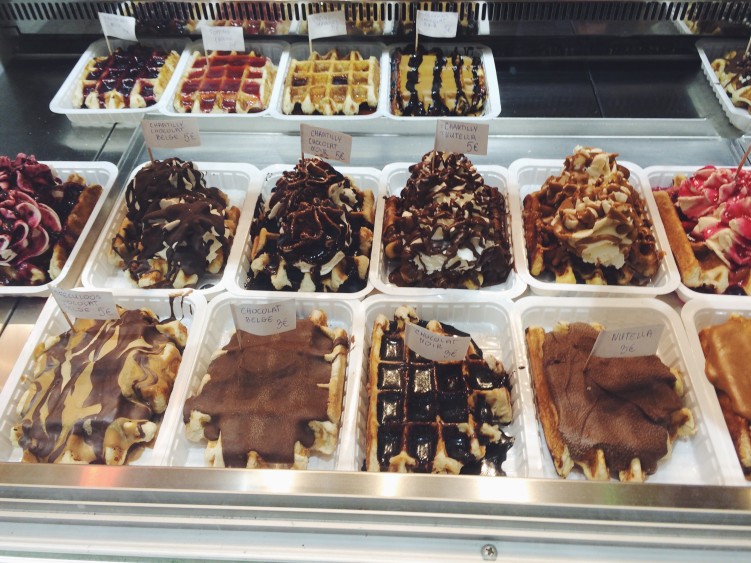 i love this valentine of mine ^^ 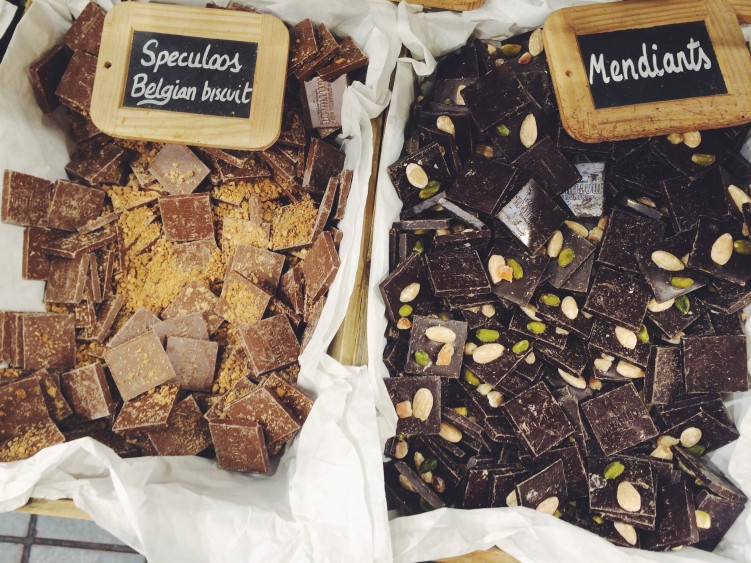 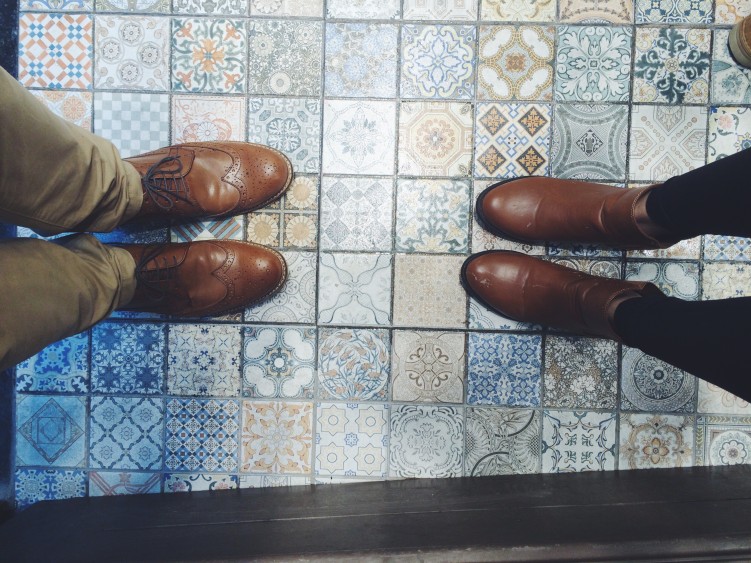 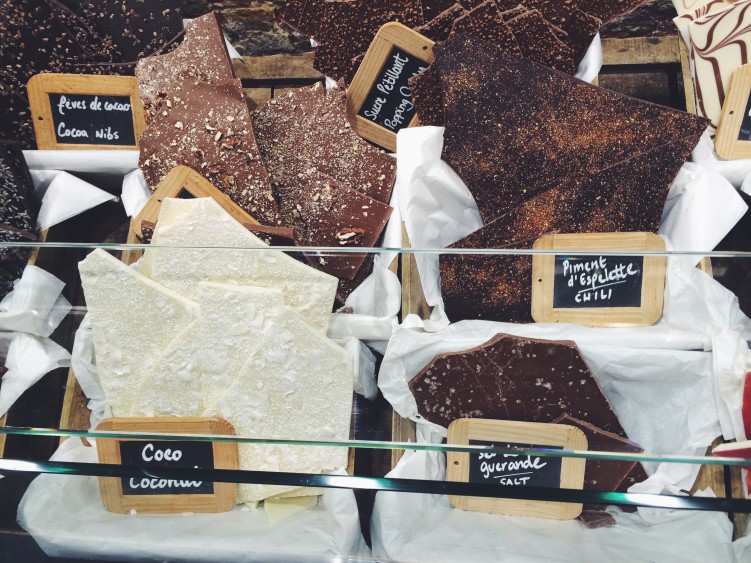 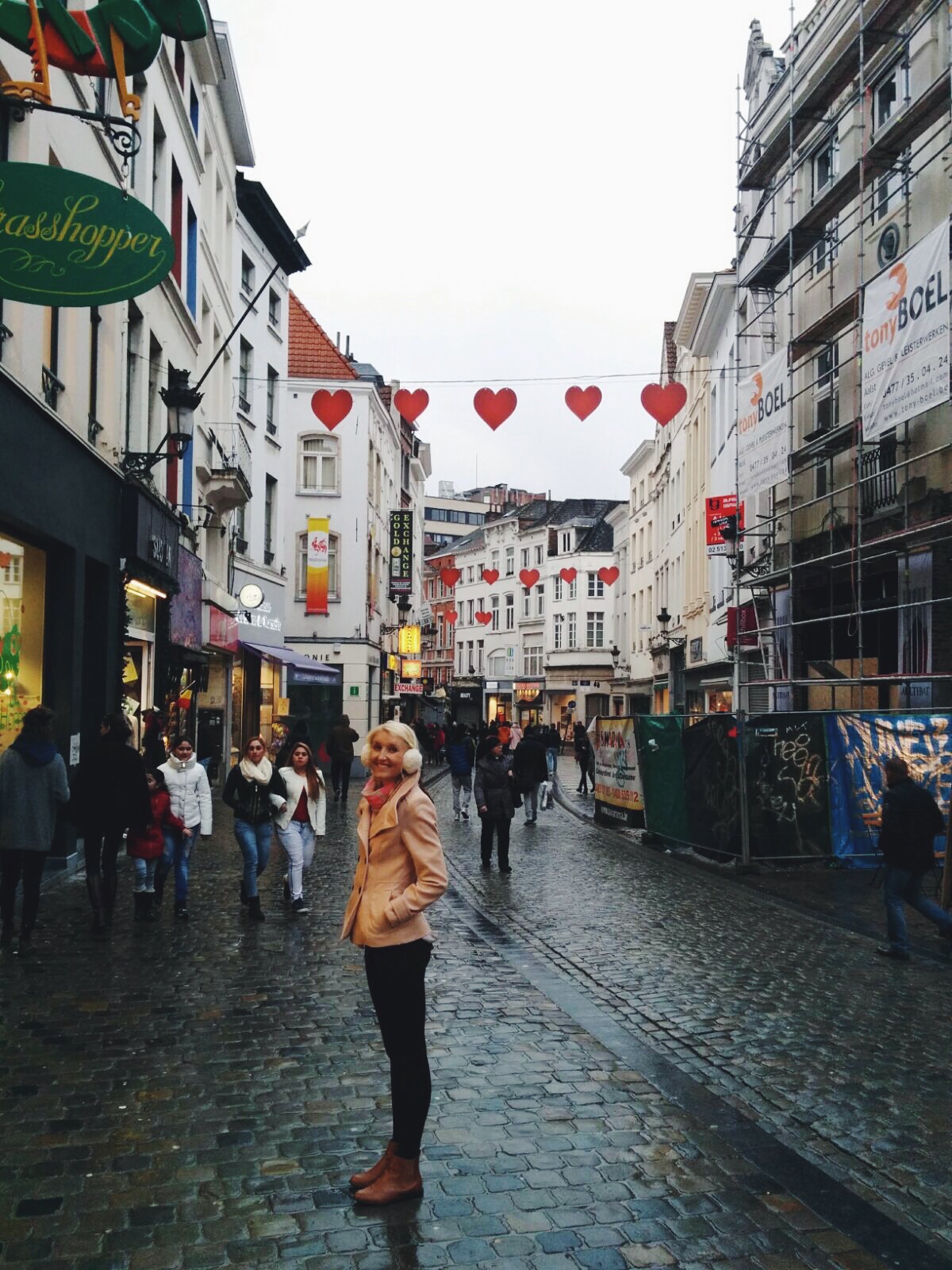 it was rainy and drizzly during the afternoon when we
arrived, but it didn’t stop us from wandering ^^ 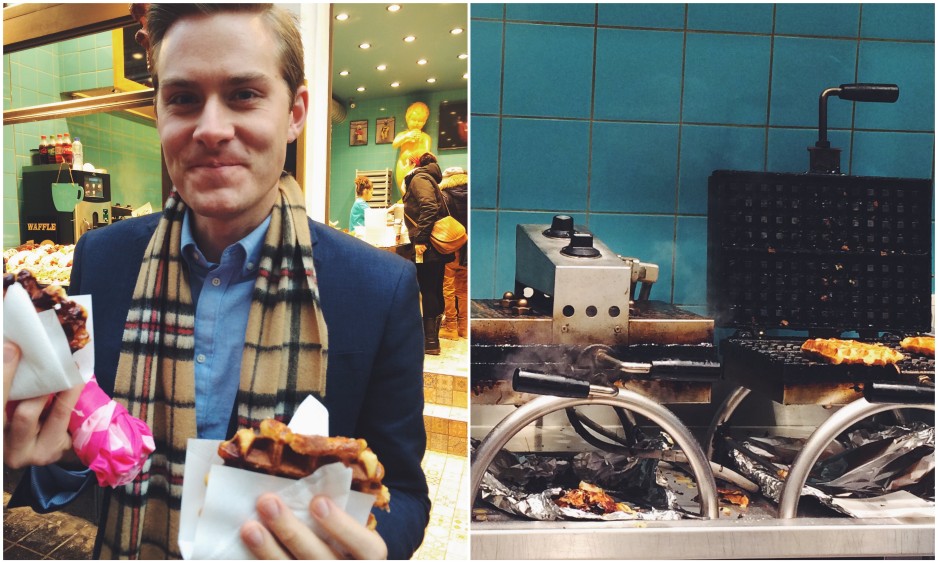 we stopped for waffles before and after dinner ;)
i also interrogated the person working all about the recipes and which
size of pearl sugar they use…so i hope i can perfect mine at home! 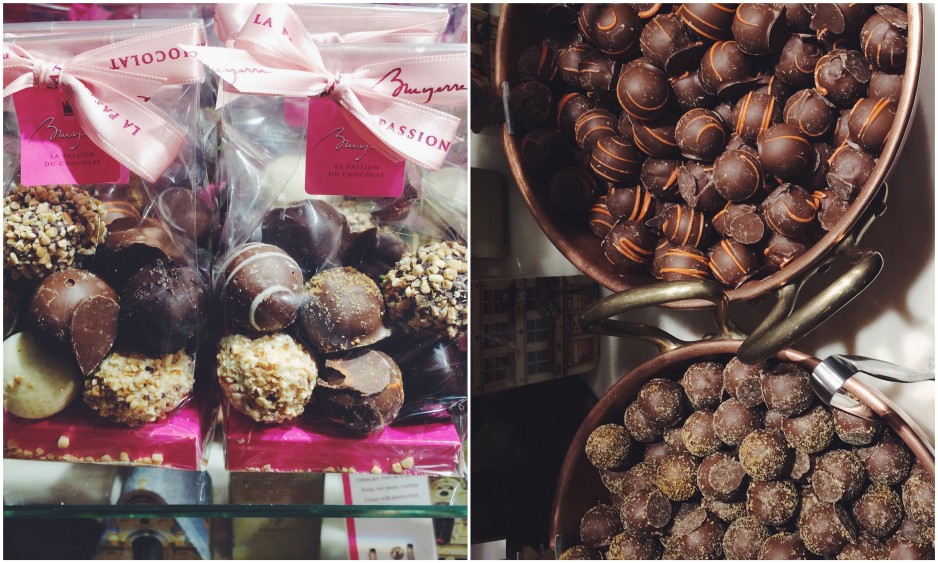 i’m not kidding when i say that there are chocolate shops dotting
almost every street in belgium, with samples in each one.
we were so full of sugar by the end of wandering around. 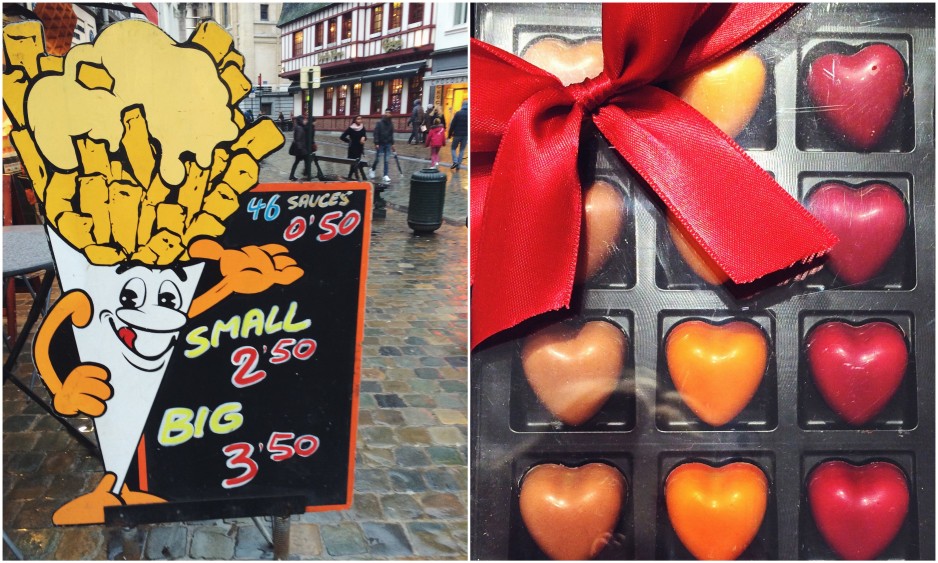 if the chocolates, waffles, and biscuits aren’t enough,
don’t worry: there are lots of frites stands all over! ^^ 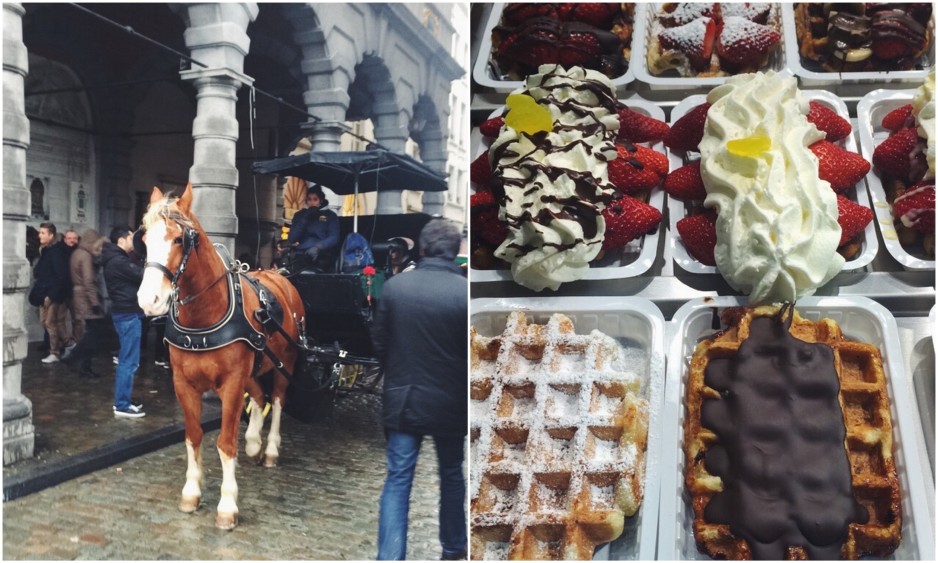 horse-drawn carriage rides and endless waffles are just a few of the
things that make the streets of belgium so charming to stroll.

the rain wasn’t stopping us! ^^ 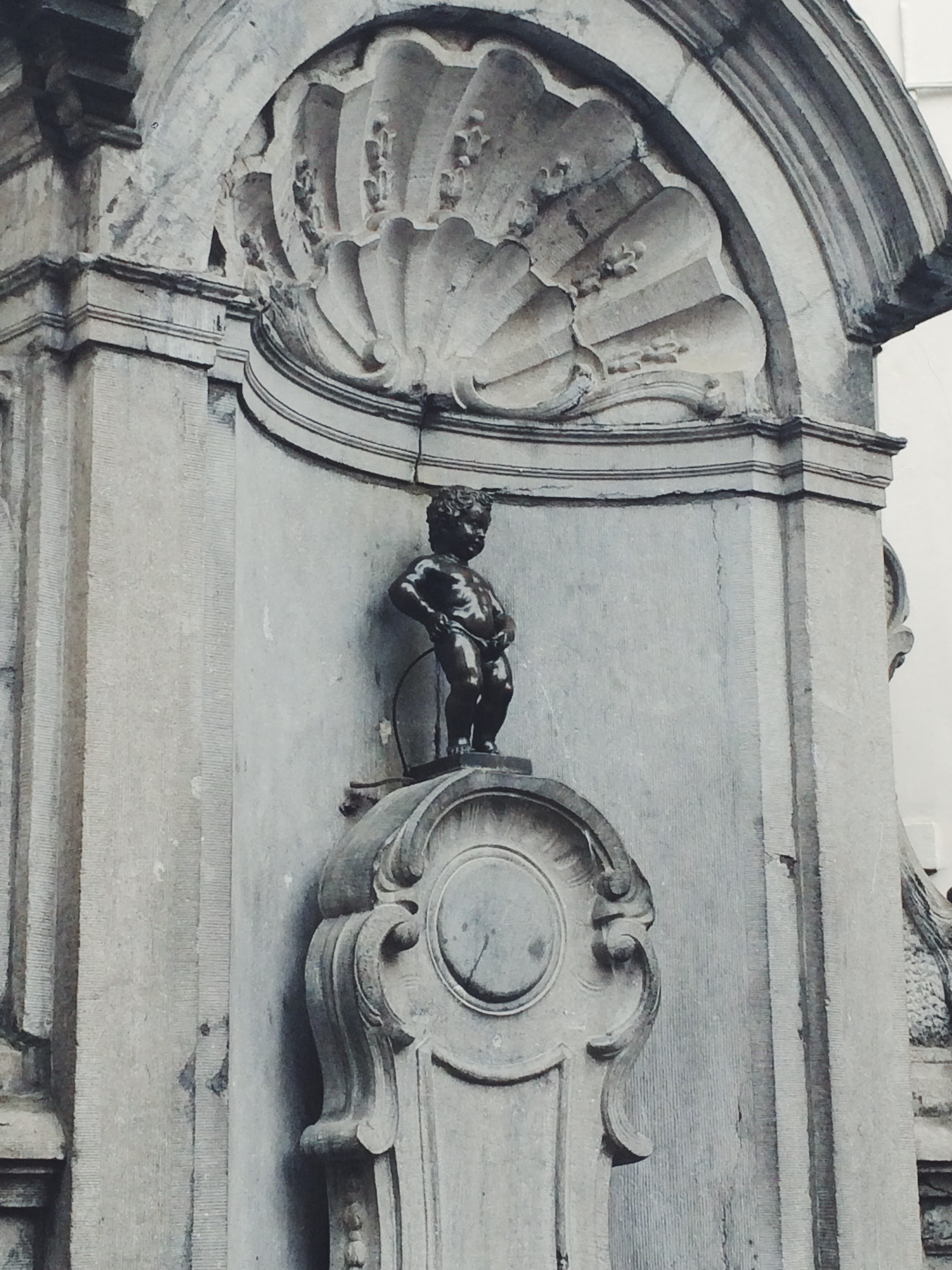 we went by manneken pis, the famous statue fountain dating from 1618.
it is one of the strangest attractions, but it’s pretty funny to see in person! 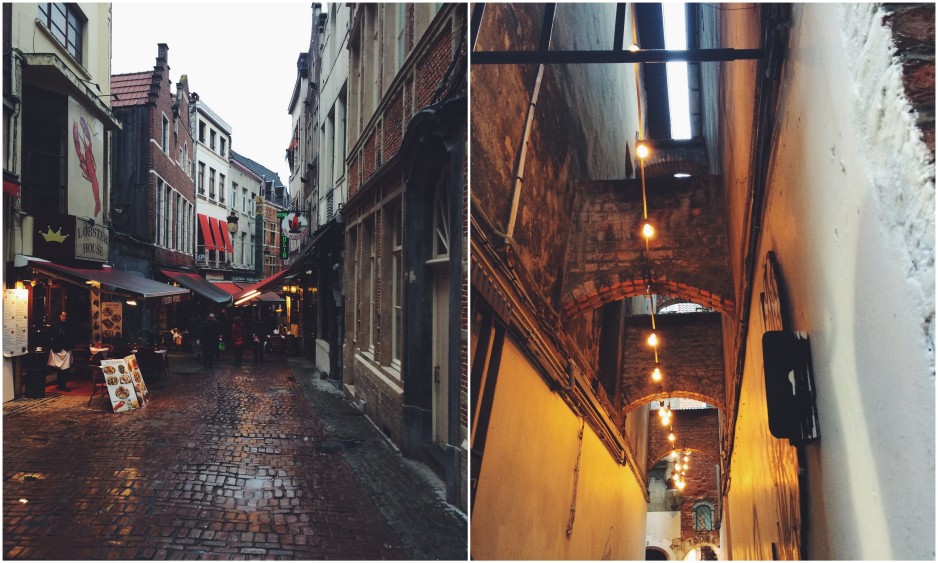 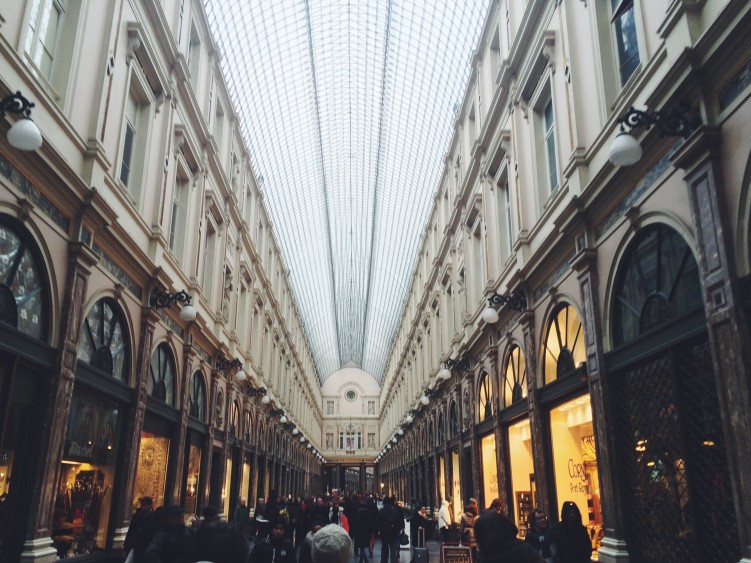 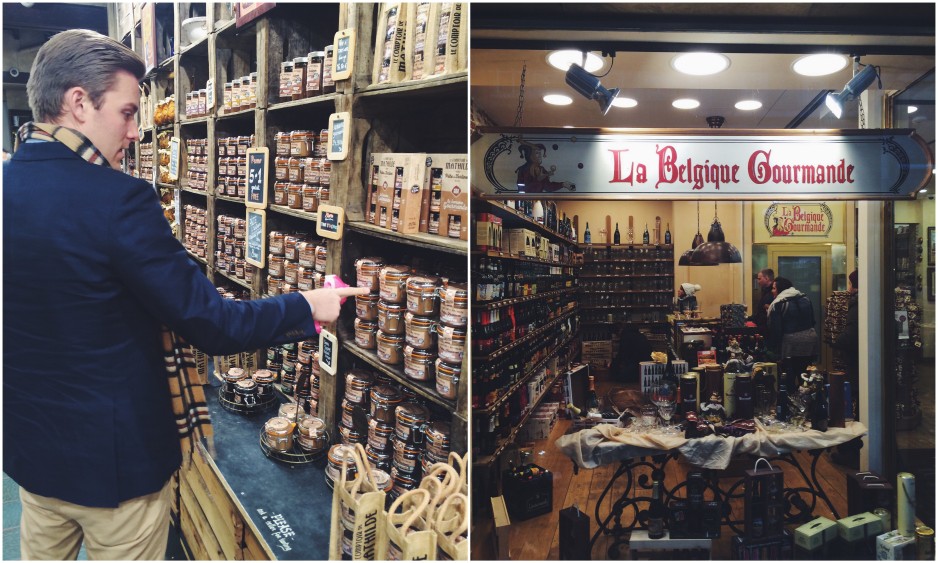 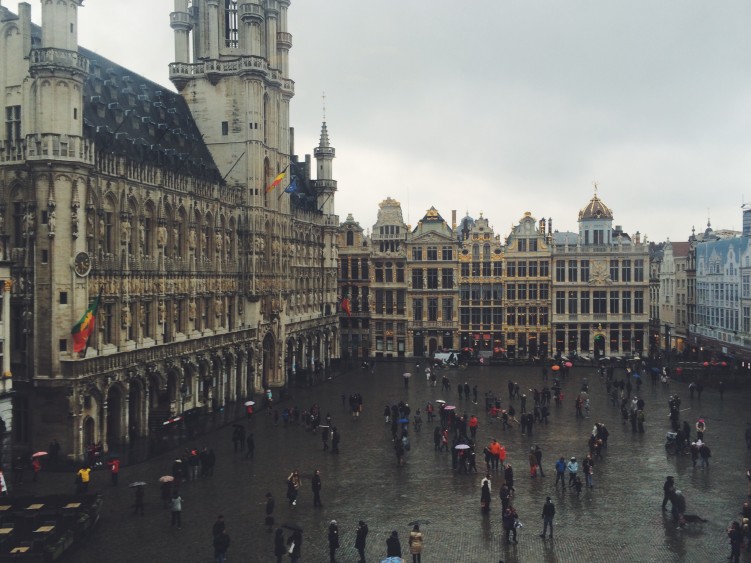 back to the hotel for dinner, where this was our view ^^

chase made me take these pictures and i felt silly since you can’t
quite see the bump yet, but i’m actually so glad he did so that we
can take these the next few months through europe to track the bump :) 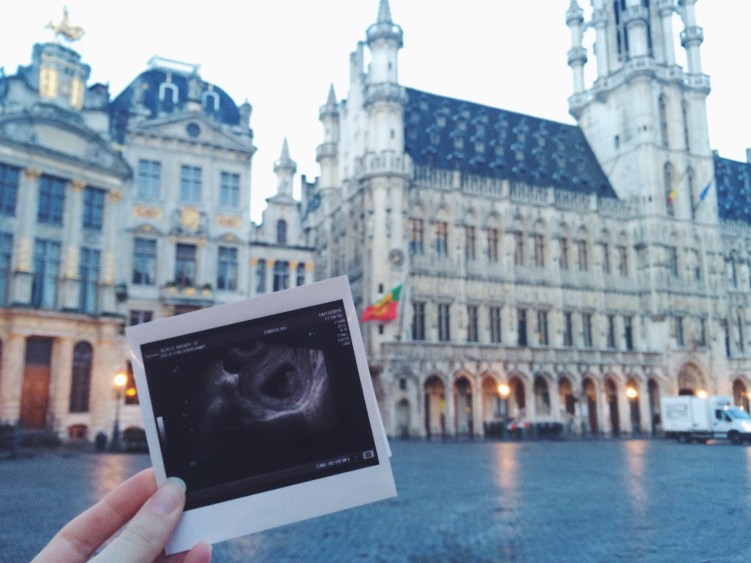 we also took this one so we can show our little one
all the places its been before even being born! 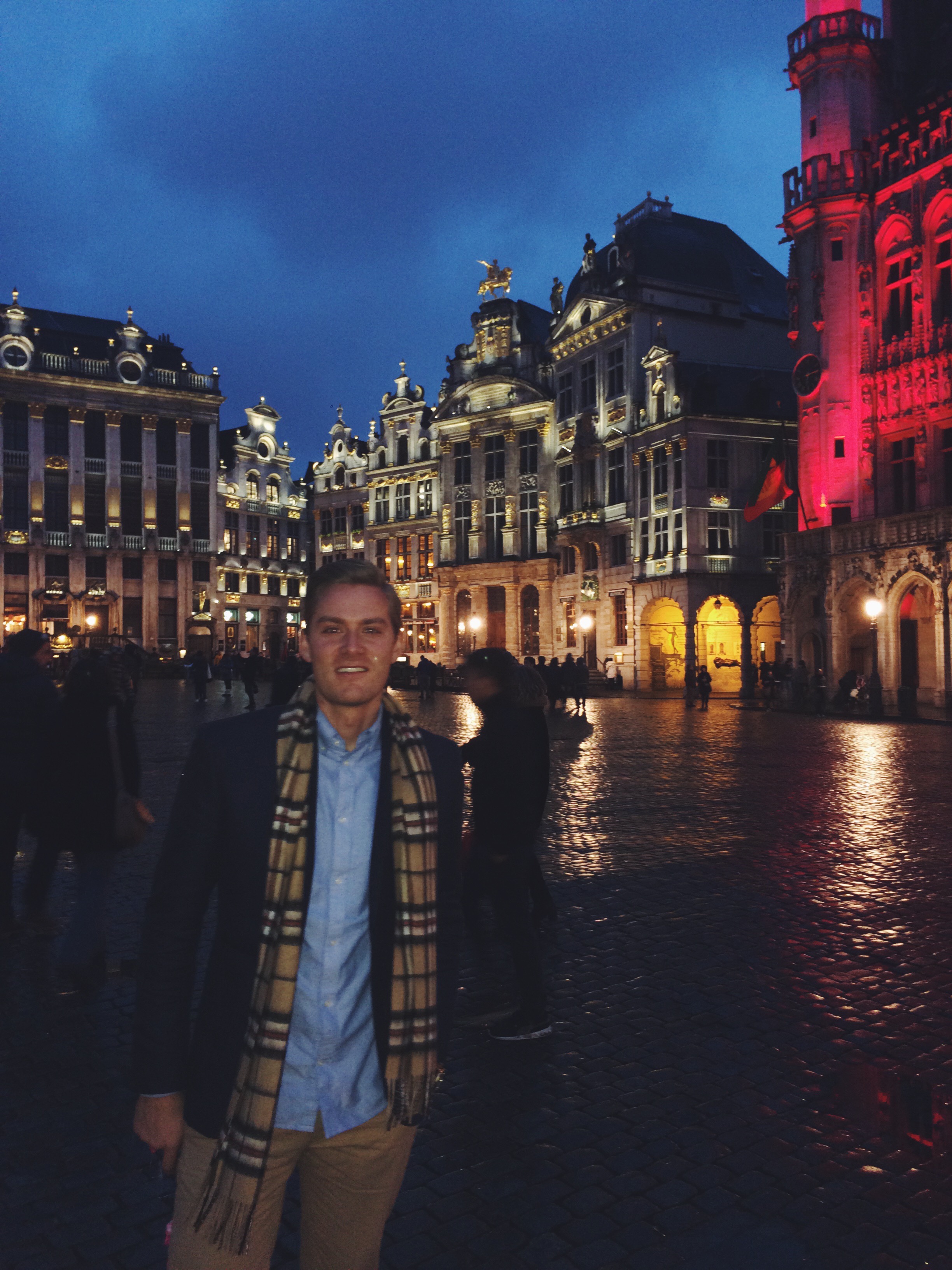 dinner was right in the square. after all of that sugar we just opted
to split some french onion soup + chicken, which hit the spot.
the city hall was lit up in red for valentine’s day which i loved! 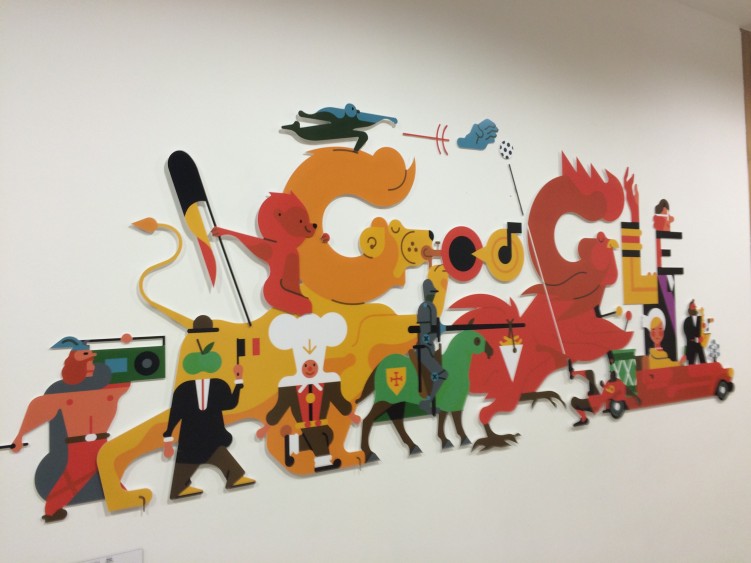 the next morning chase headed to google brussels and had
a day of meetings while i worked and did some writing. 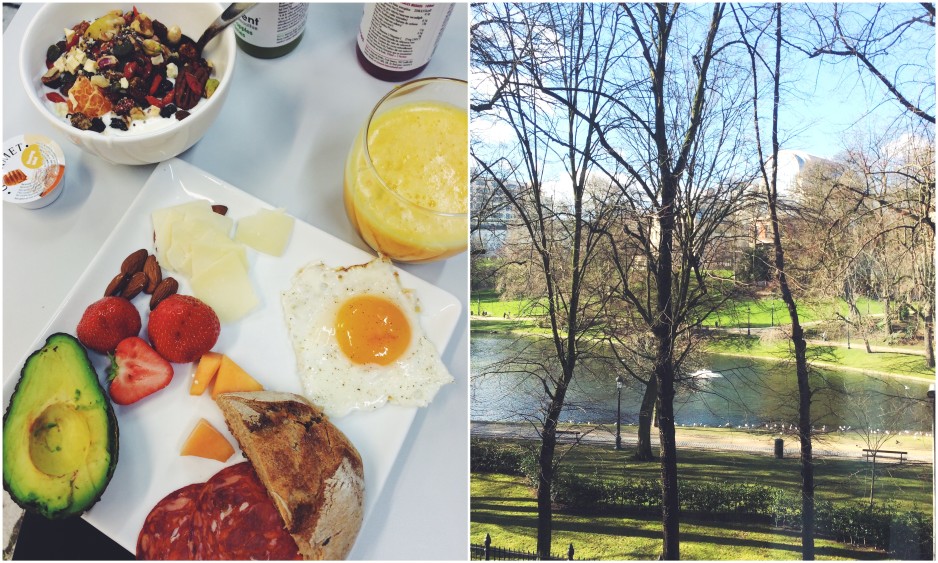 ^^ colorful breakfast and a sunny day in brussels! 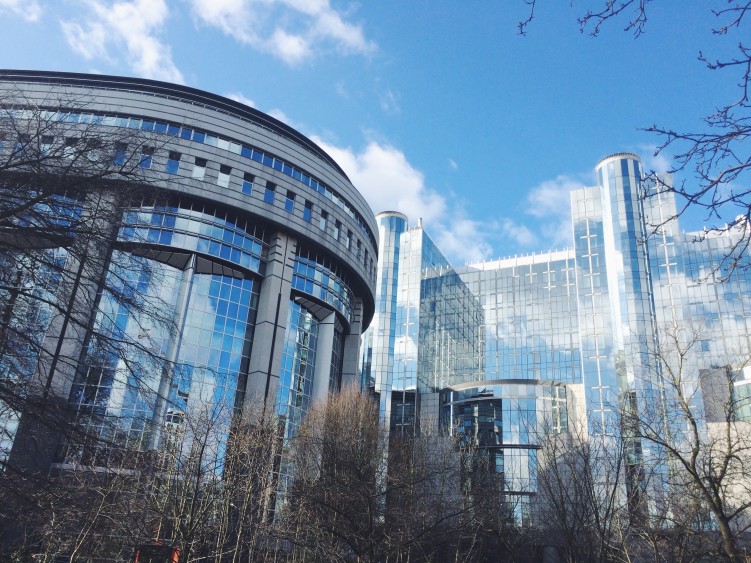 we met up for lunch to take a walk in the sunny park and check out the EU headquarters. 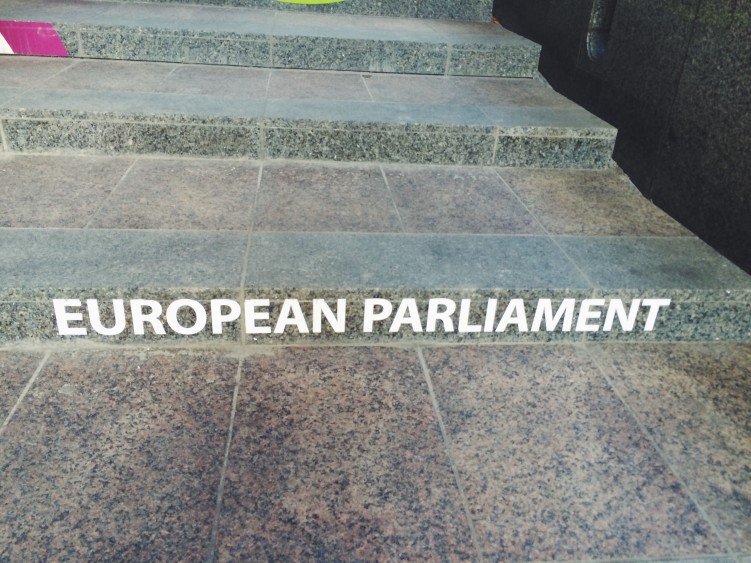 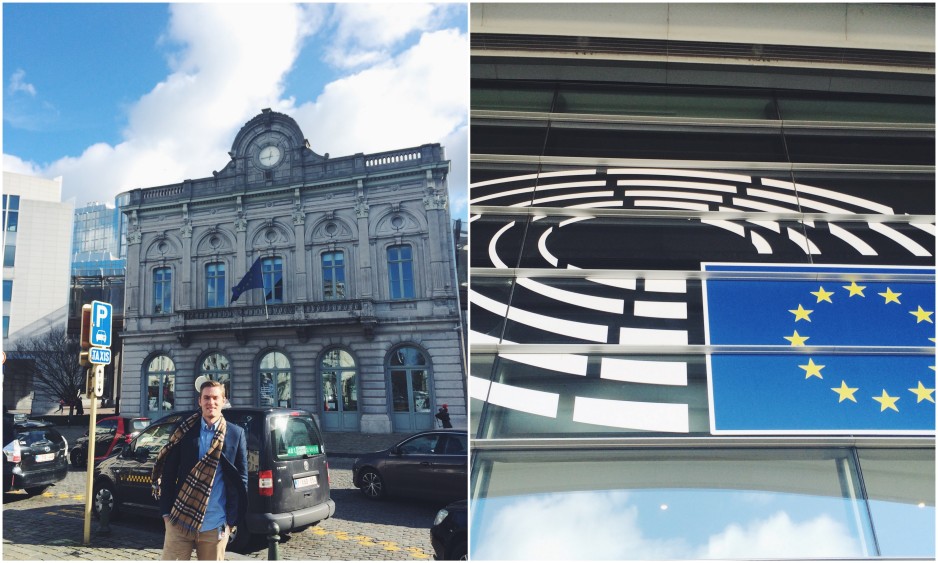 european parliament ^^ a lot of the buildings are shut down since the attacks
in the fall, but it’s still pretty amazing to see. i almost interned here instead of
london’s parliament in college…so it was fun to imagine if i had worked here! 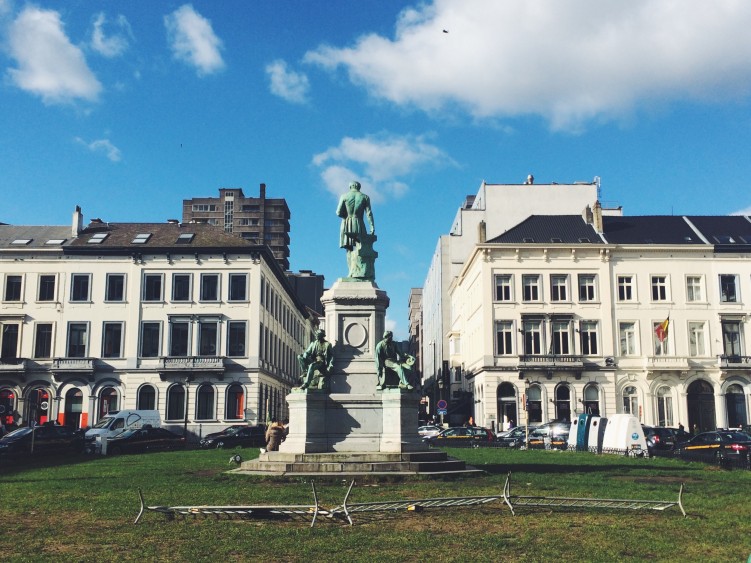 we left blue sky brussels and headed onward to bruges. 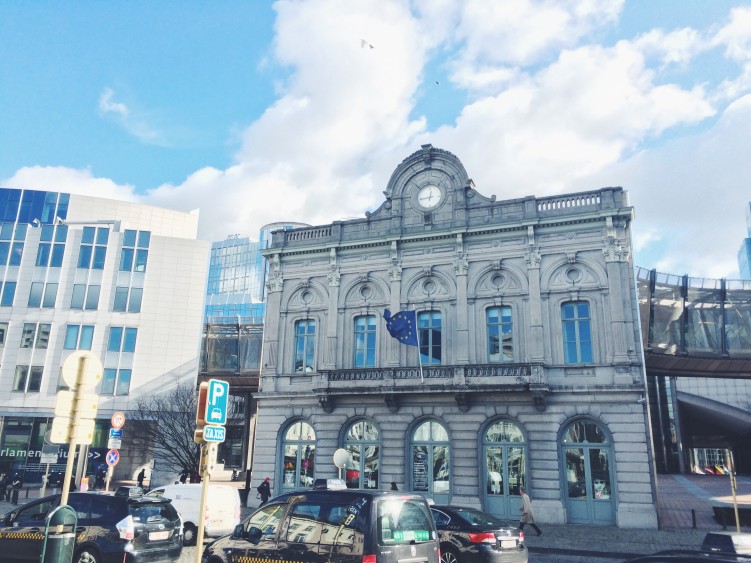 see you from there!

Author: emi
Filed Under: 2016, belgium, europe, holidays, husband, i love him because..., love, travel, valentines
Guide to the Czech Republic, outside of Prague!
one of europe’s most charming towns: bruges