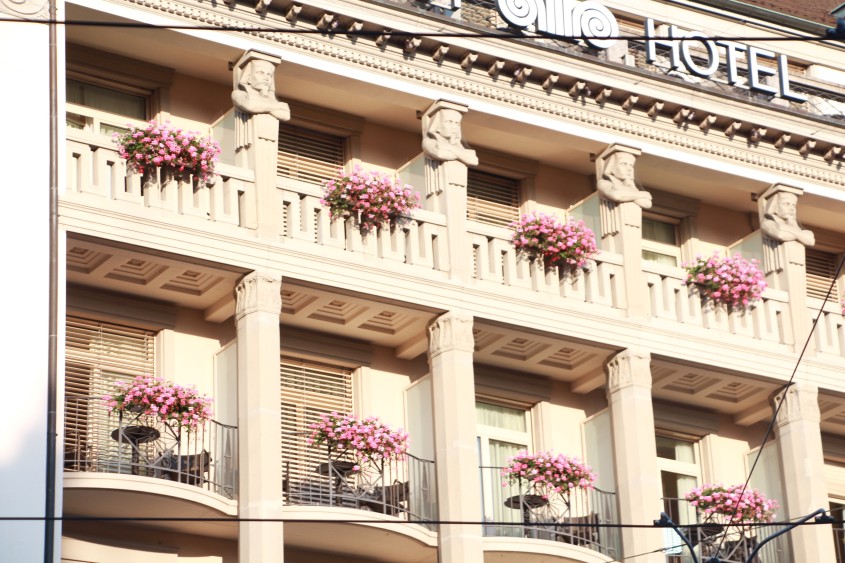 zürich was such a pleasant surprise! before now, i’ve preferred to only
visit the smaller alp towns in switzerland. it’s an expensive country,
and after visiting geneva a few years ago i didn’t love it nearly as
much as the charming smaller towns so i decided that the big
cities weren’t worth it. zürich proved me wrong with all the
swiss charm in the world + the fun of a bigger city. we had a
great time here and treated it as a little bit more of a relaxing stop. 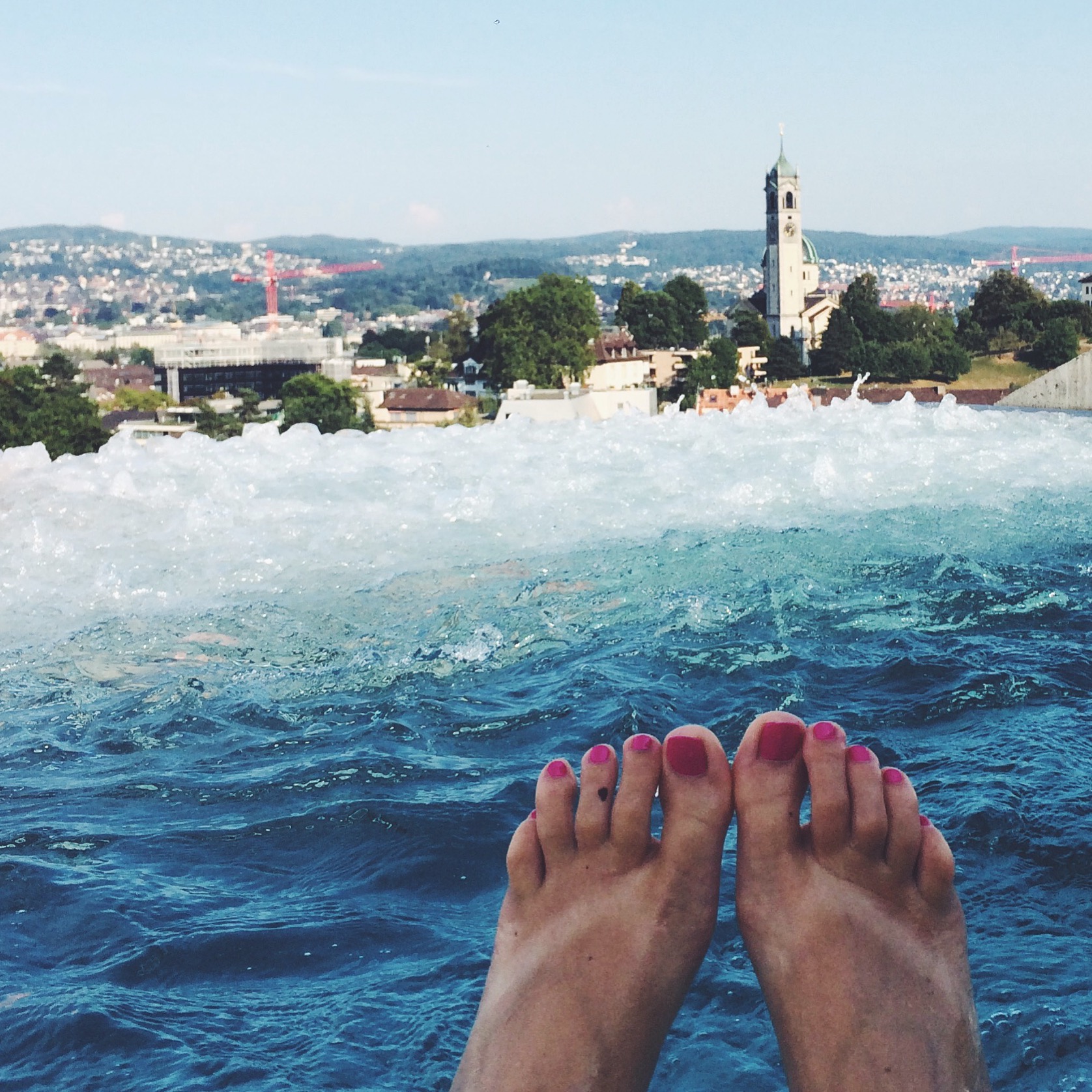 ^^ flip flop tan lines + thermal hot springs on top of the city
overlooking the views = sign of a day well spent in zürich. 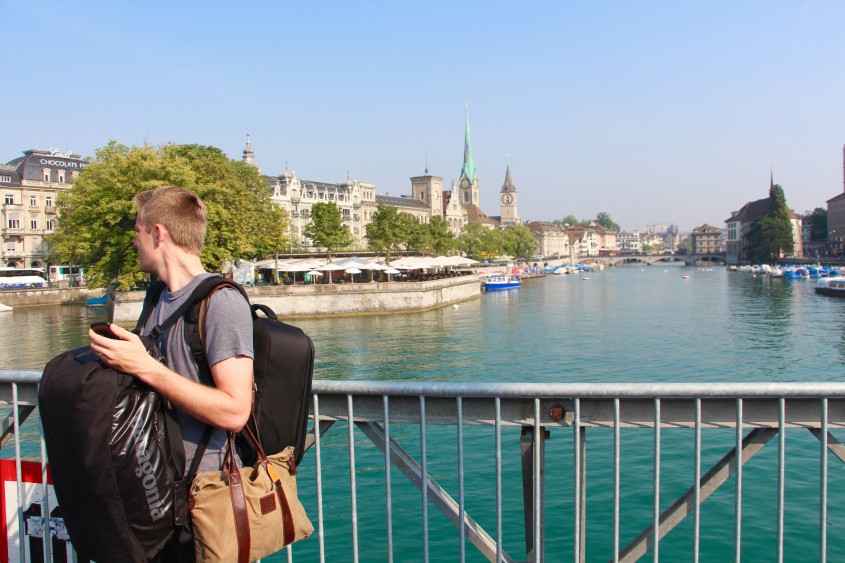 i hate to say it, but we were truly lazy while here. this long-term
travel has brought out a side of us in certain places that just makes
us crave a few days of real life with no sightseeing. it goes against my
instinct to see and experience everything in a new place, but it also
gives us some sanity and allows us to see some cities in a different
way – as though we live there! this was very true for zurich.
ps- above is all of the luggage chase has during these 3 months: his
patagonia backpack duffel, a shoulder bag for his laptop, and the drone
(takes up an entire backpack!) i have the same: a small duffel, cotopaxi backpack,
and a little longchamp backpack purse. they are getting stuffed pretty full by now! 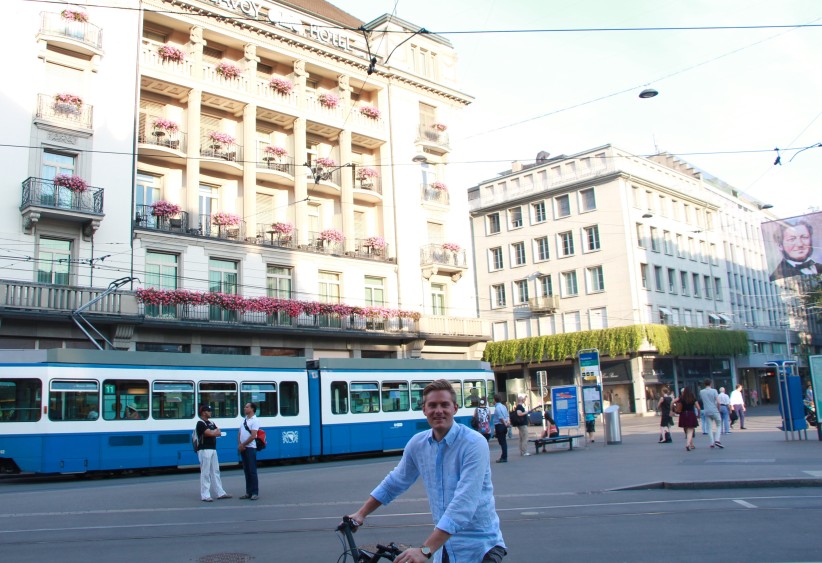 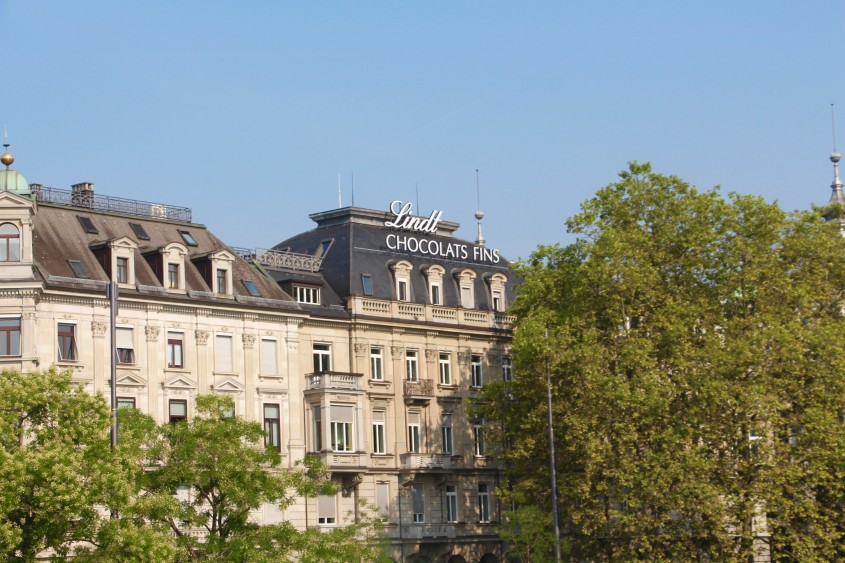 i even passed up the chance to do a chocolate-making class at
lindt because the timing didn’t work and i just needed some catch up
time. that proves how much we really need a break during these days! 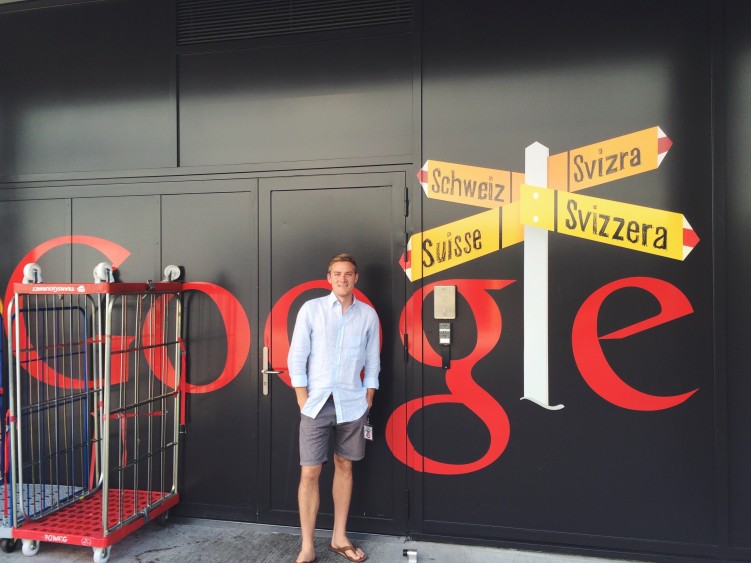 it especially felt like real life because we spent some time at the huge
google office in zurich. chase had some calls to make and catching up
to do. this break between projects for him is coming to an end and his
new role is lined up, so i’m excited to tell about it soon once it’s all set! 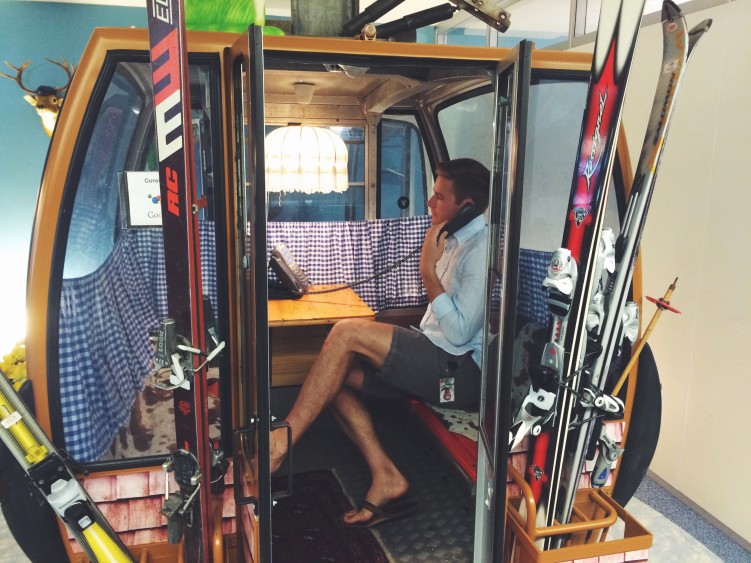 the google zurich office is one of the best we’ve visited. ^^
here is chase taking a phone call in the gondola ski-themed “phone booth”

all of the rooms are decorated so cleverly. above is
the pretty library and the mail room. i loved it all! ^^ 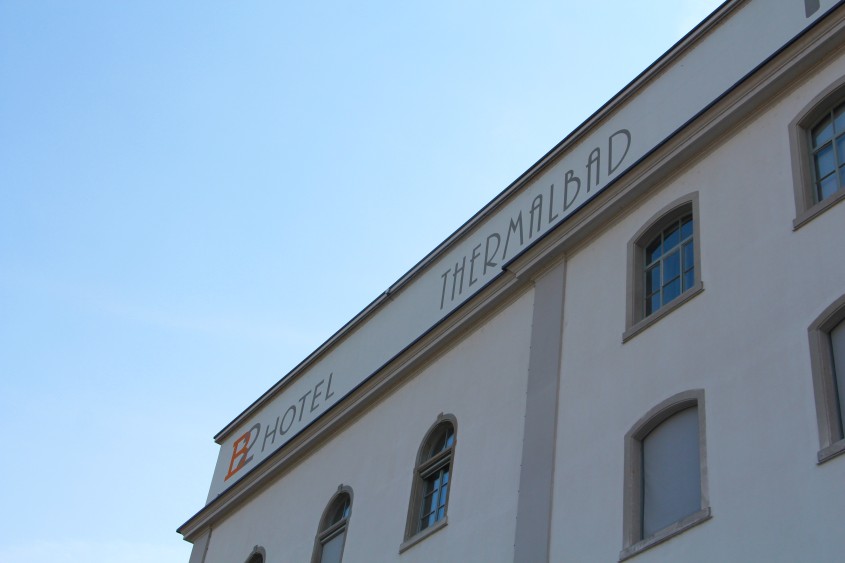 ^^ we stayed literally RIGHT behind the google office at B2 hotel.
we thought it would be a convenient location for some catch up days, but
ended up having one of zurich’s best attractions on the rooftop as well:

the thermalbad spa is part of the B2 hotel, which was
the biggest bonus and a reason to stay here in itself. 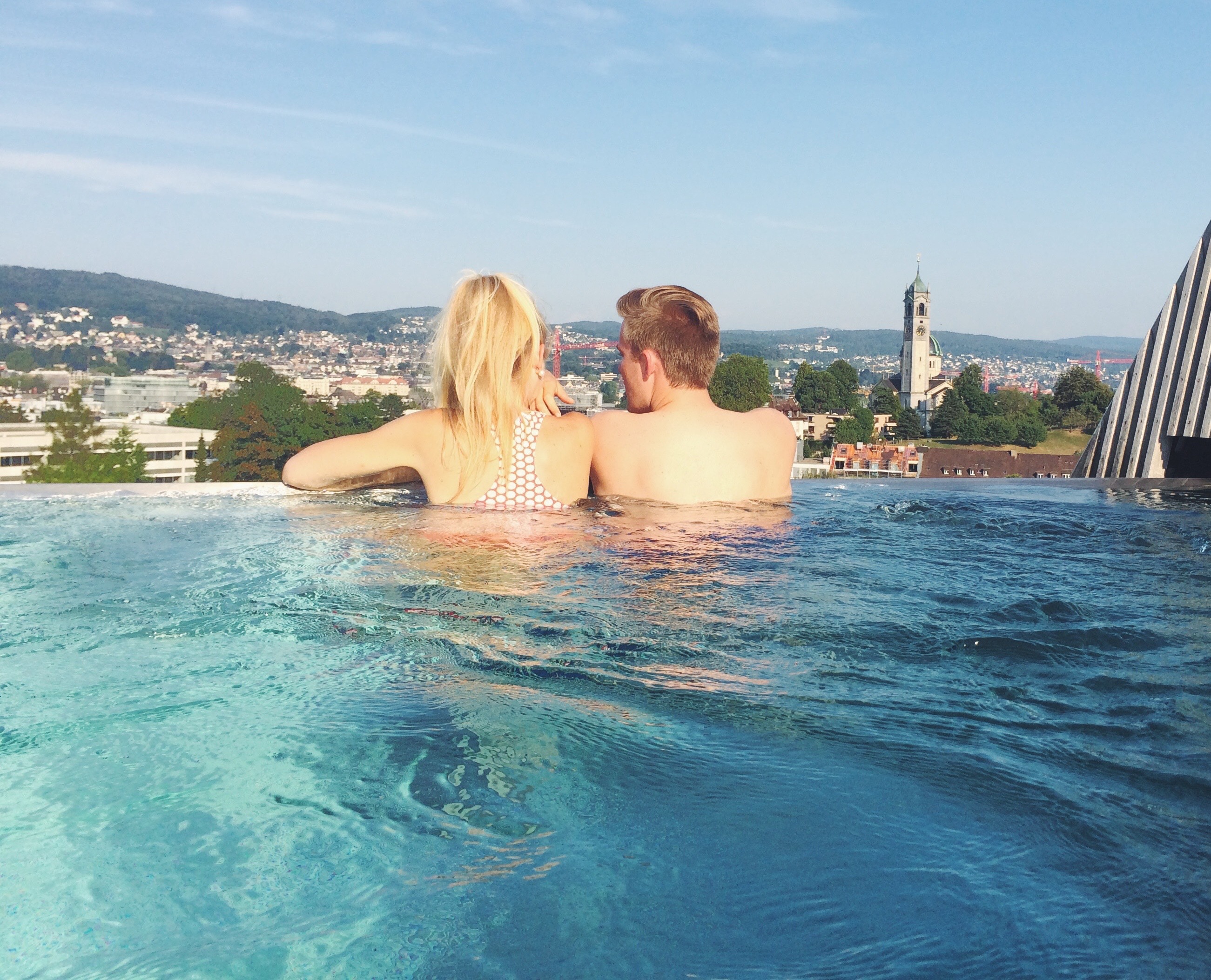 this may have been another reason that we did very little sightseeing
here…we could see all the sights from a warm bath above! ^^

we soaked up the perfect warm weather in the rooftop thermal springs
as much as possible, and also went downstairs into the springs of all
different temperatures down there. you can spend hours enjoying there.

we also took some e-bikes out for a short ride through the bahnhofstrasse
shopping street. we can’t get enough of e-bikes since doing this ride.

one of the things to love most about switzerland is the fresh (drinkable)
spring water coming from fountains everywhere. chase stops at all of them. 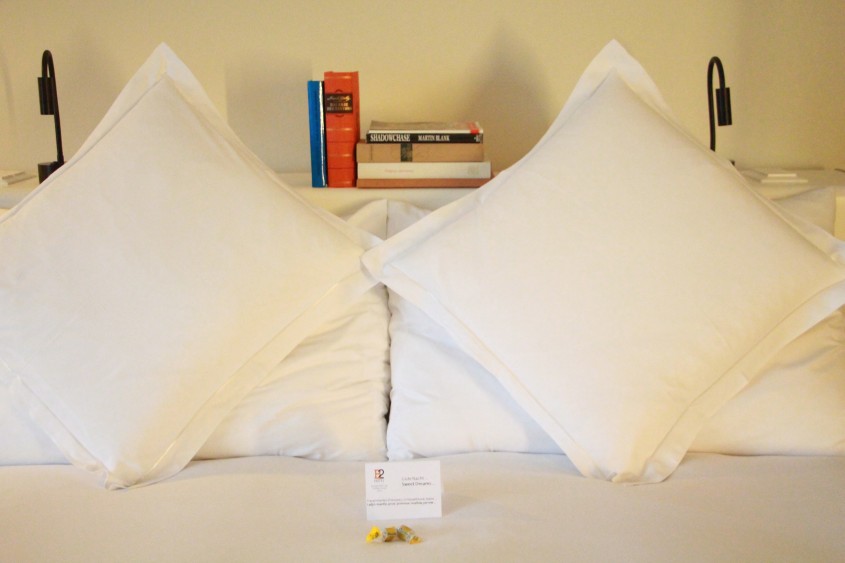 we caught up on lots of sleep while in zurich.
after soaking in the thermal springs we would go
downstairs right to this comfy bed at B2 hotel and doze off. we
really crave anything that feels like normal life – including laundry!

the hotel lobby has a sun-lit library with ladders and a little bar/cafe
to get a steamed milk & cozy up with a book. i truly adored this hotel. 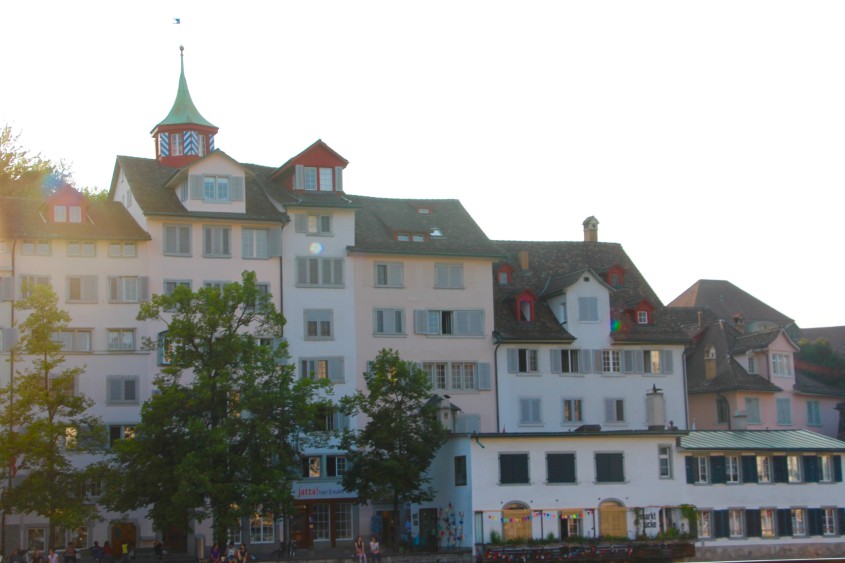 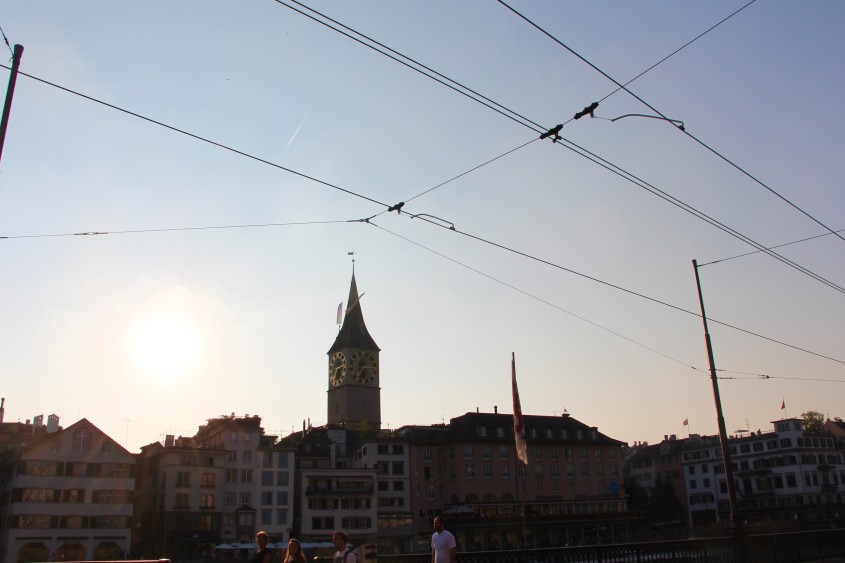 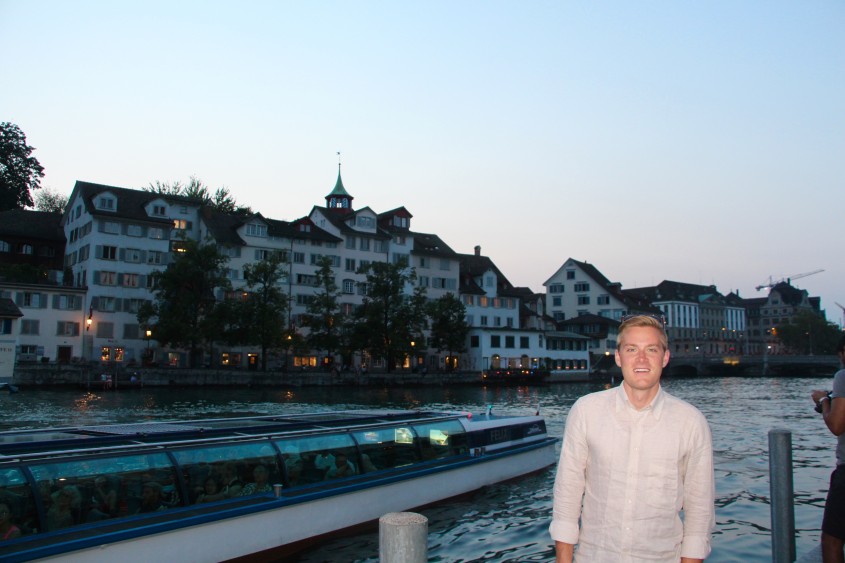 we went out for a dose of zürich each night since it is prettiest after dark. 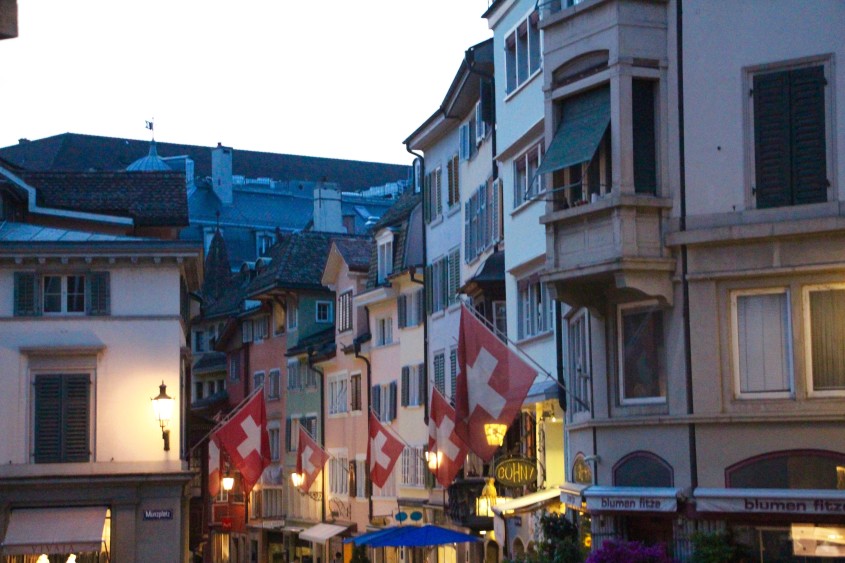 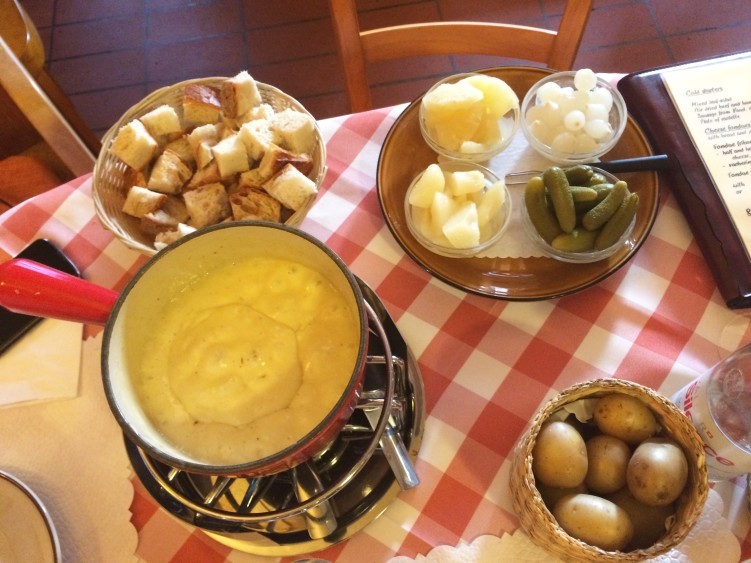 we made sure to get our fill of swiss fondue + raclette,
which deserves an entirely separate post that you can see here. :) 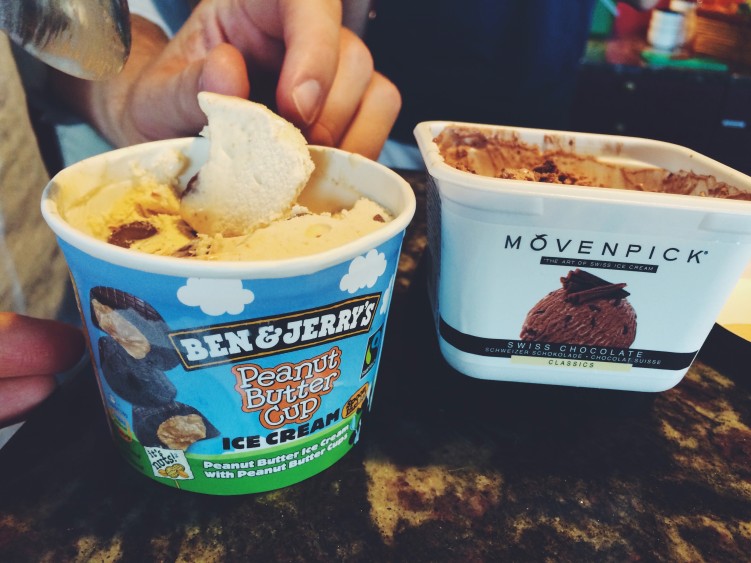 while in switzerland, you must also eat as much mõvenpick ice cream
as possible. we had just agreed to do a day without sweets when we
came across a freezer full of this stuff and all willpower was lost.
(you can see we also indulged in a little american ice cream ;) 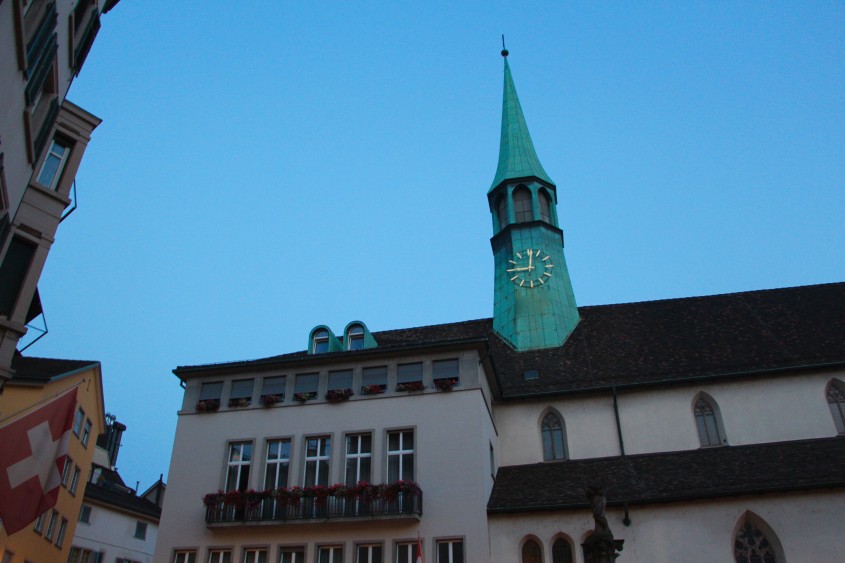 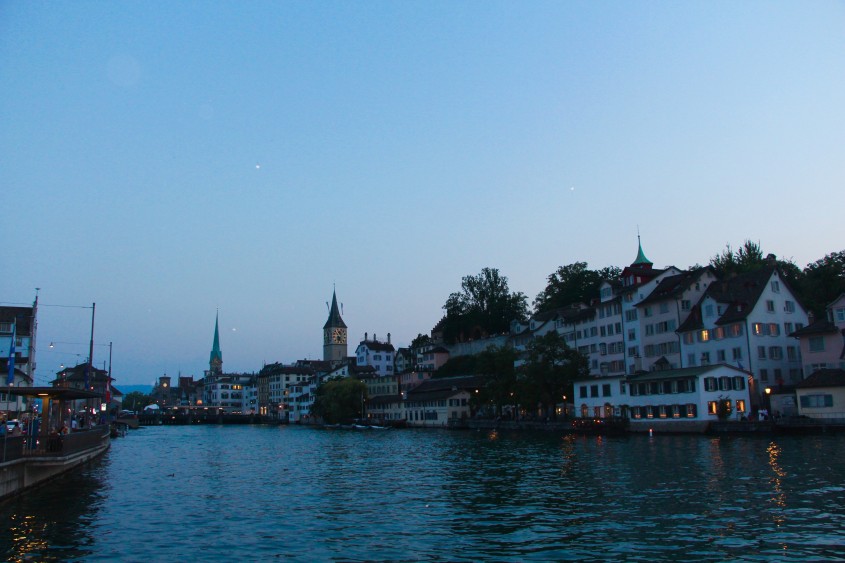 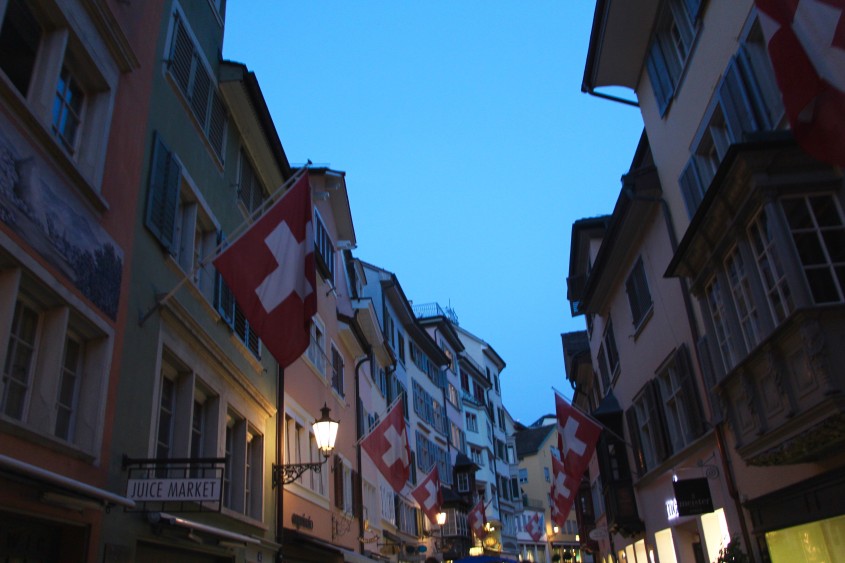 zürich refreshed us and left us wanting more…
that’s always the sign of a good city.
we will be back!!