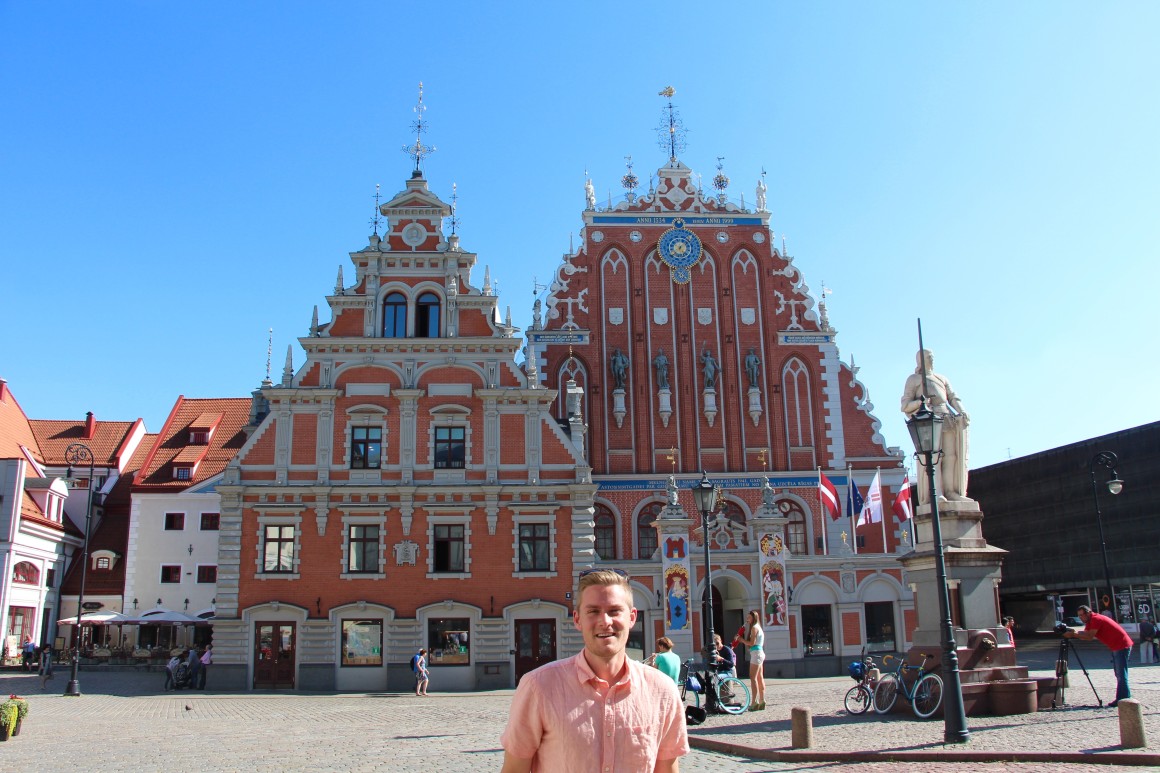 riga! even the name of this city is fun to say.
this was another quick stop-through on our baltic trip,
but it gave us the chance to dive into more of the history of the
baltics and collaborate with a non-profit (more on that in a few days). 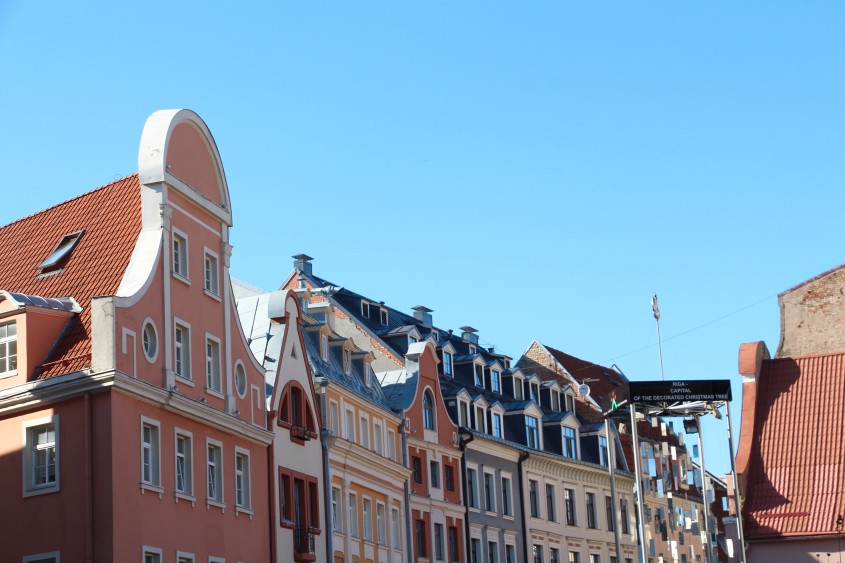 riga felt much smaller than tallinn in terms of the old town, but it
was another great capital with the same impressive spirit. although
these towns are similar, they all definitely have their own unique feel. 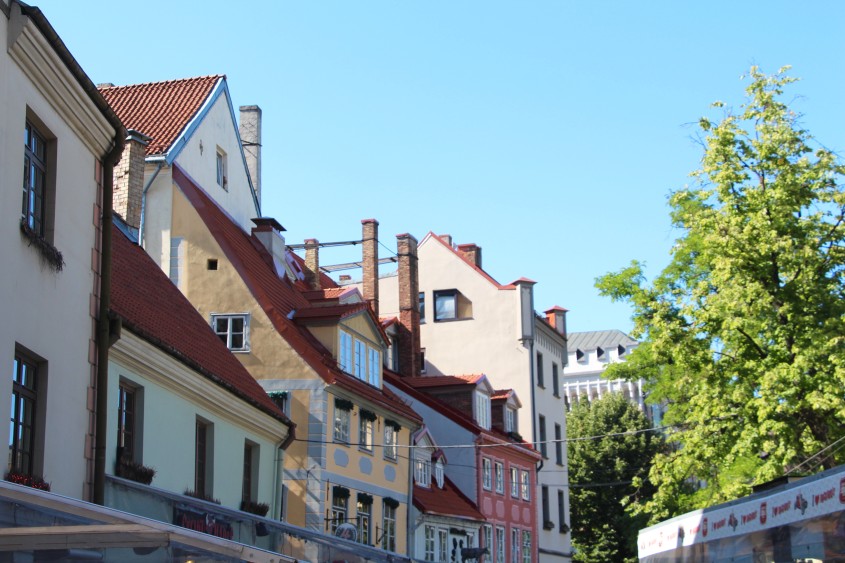 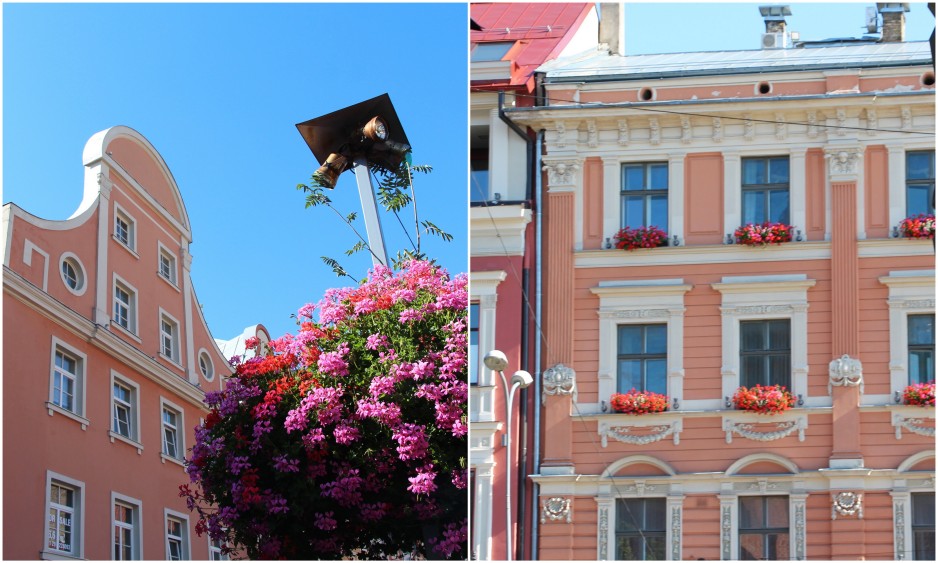 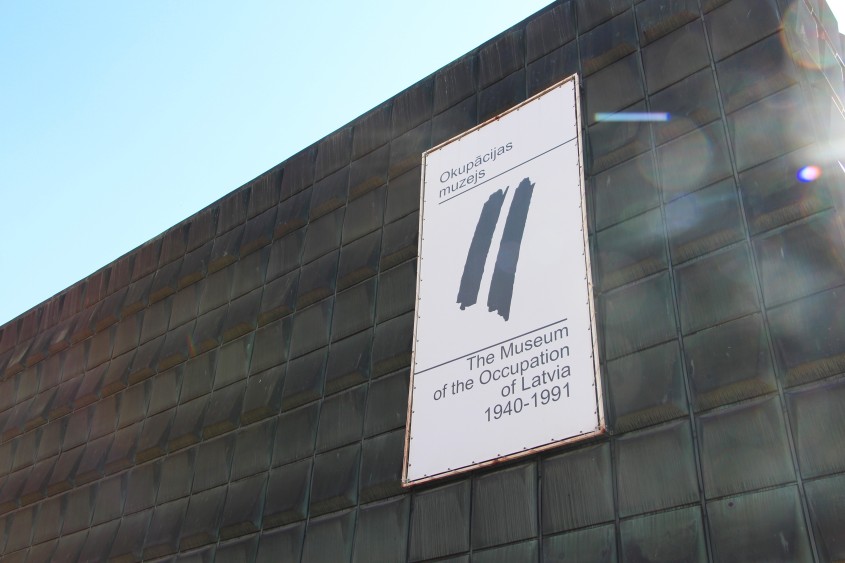 we stepped in from the bright, sunny day to see the museum of
the occupation of latvia. there were plenty of other fun things to do,
but i would say that every visitor should count this museum as a must-
stop here if they want to be educated about it and feel more connected. 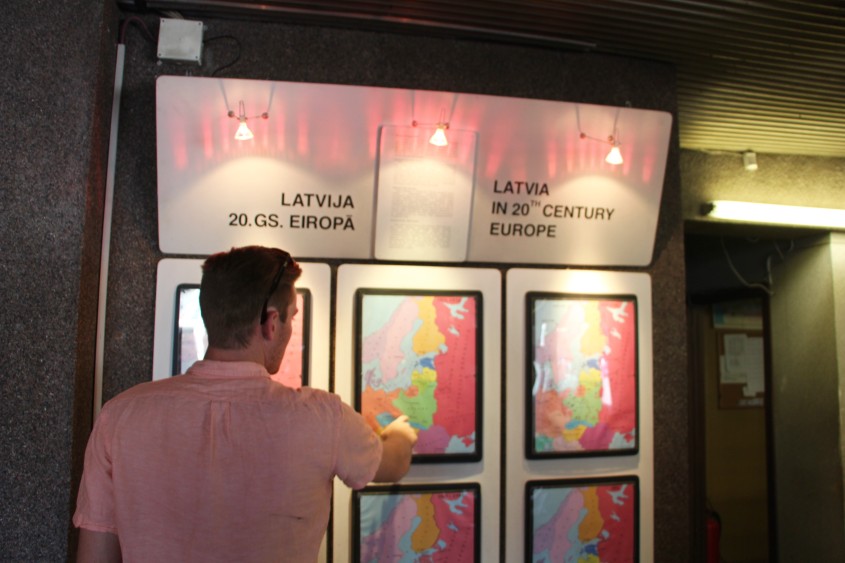 the museum isn’t huge, but does an incredible job showing the realities
of the occupation. it’s so sobering to realize they were occupied up until
1991 … and could only begin to rebuild at that time. i learned so much here. 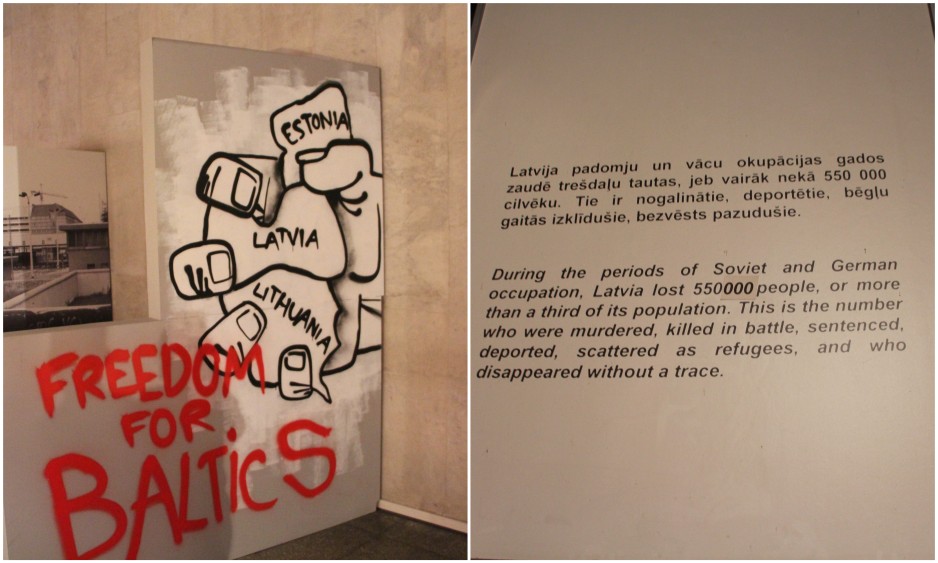 we left here feeling a bit sick to our stomachs at things we had read
and learned about, but also so appreciative for so many things – where
we came from, the time we live in, and the people who survived + rebuilt. 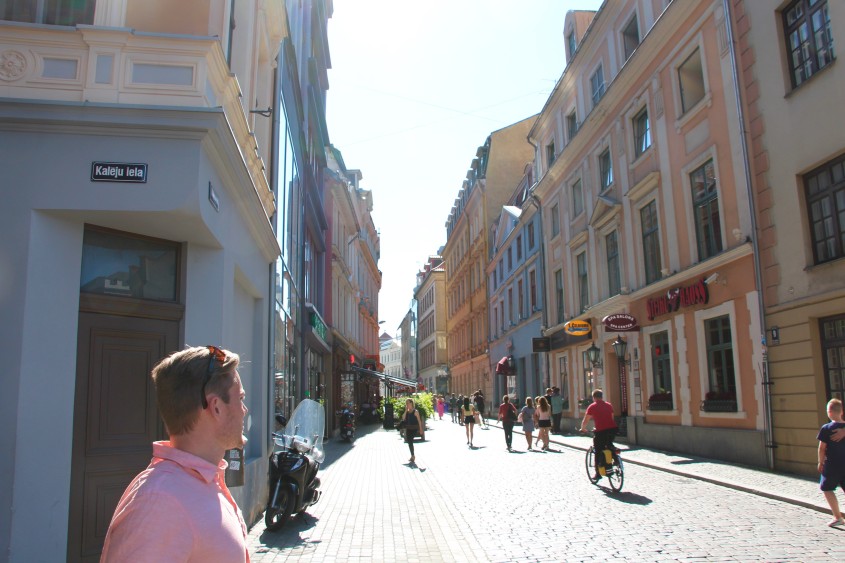 stepping back out into the sunny, happy city was such a powerful contrast! 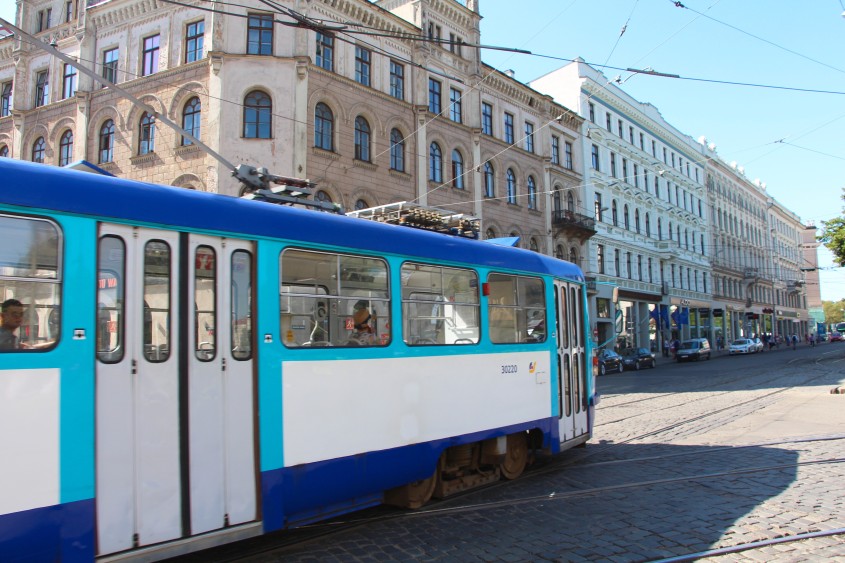 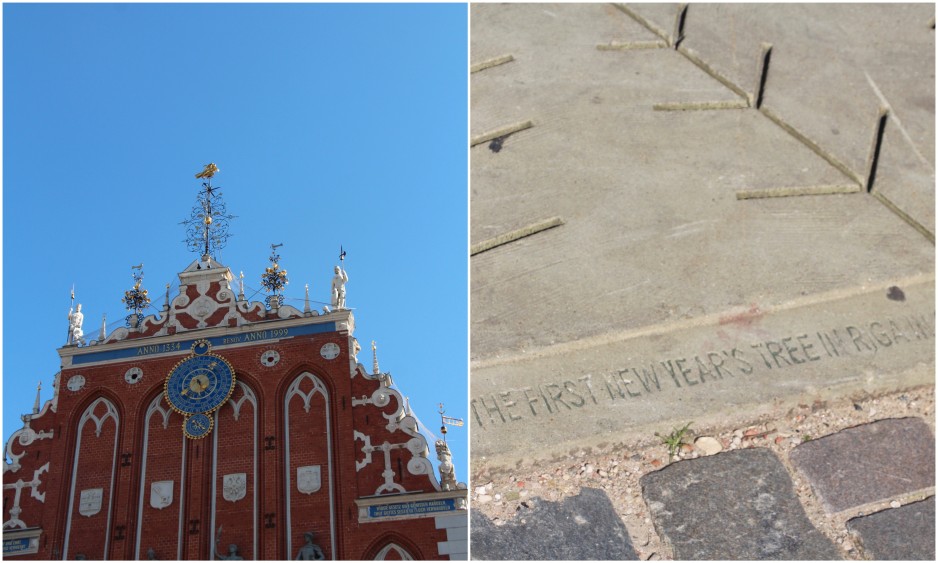 we switched focus to a brighter note by finding the spot where the
world’s first christmas tree stood! i think there are different stories
about the traditions of the christmas tree, but apparently latvia
had the very first decorated christmas tree and began the tradition
right in this square. i’ll believe it, and we hunted down the plaque! 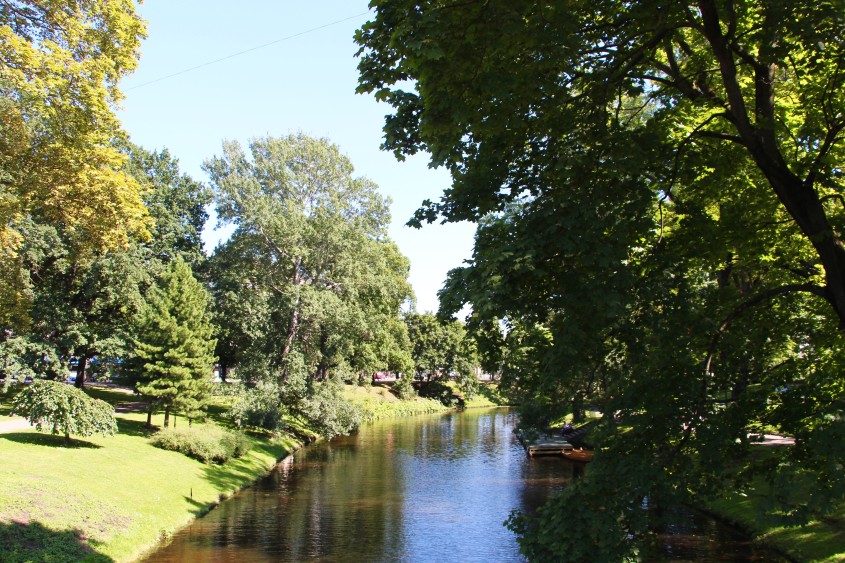 after strolling the park and river, we found ourselves a
pretty terrace to have lunch on – and we picked well! 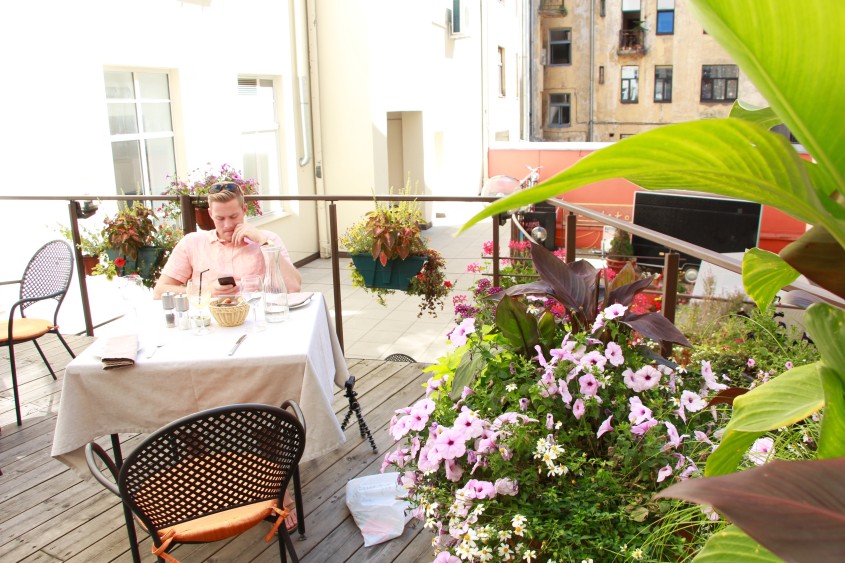 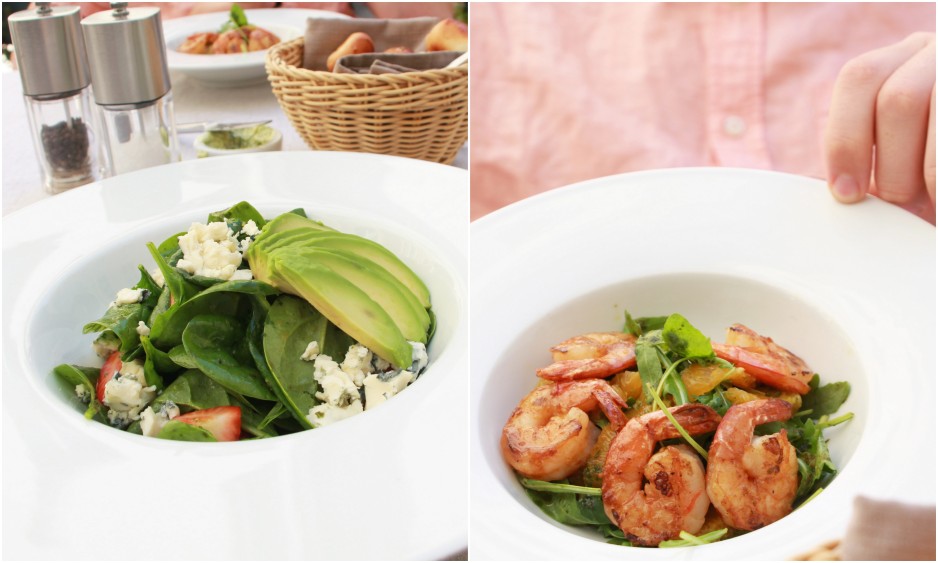 charleston’s is worth eating at just for the terrace – but the
food hit the spot as well! you’ll see why it especially did for chase: 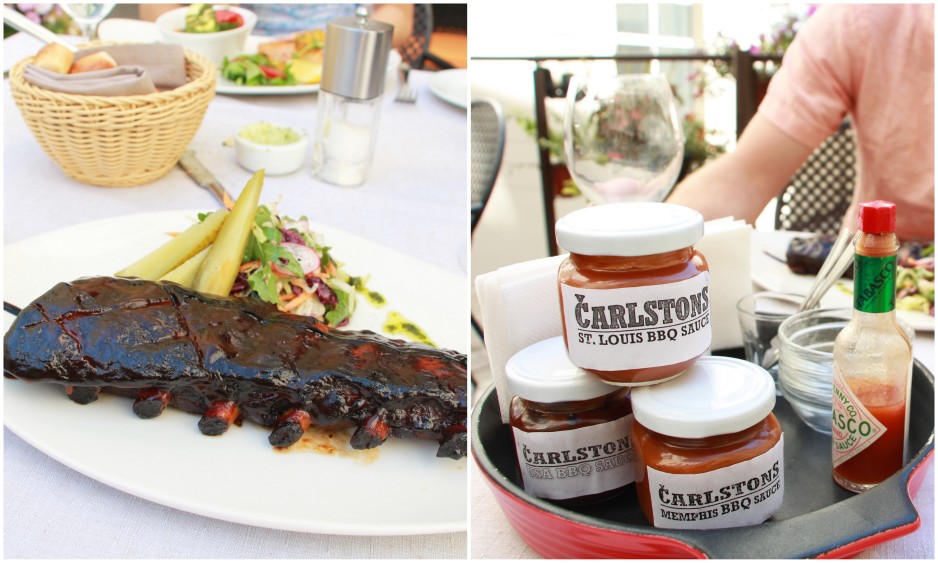 barbecue!!! we were so surprised to see this on the menu alongside
fresh seafood and latvian cuisine. the waiter explained that because
of the big focus on meat in latvia, the chefs at this restaurant had taken
to the idea of smoking american style bbq with all of the sauces – yes
please, said chase! after his 2 years in the south he thinks he is southern,
so he is a tough critic on barbecue. he gave this a thumbs up, and was
mostly so happy to get a small taste of home with some baby back ribs. 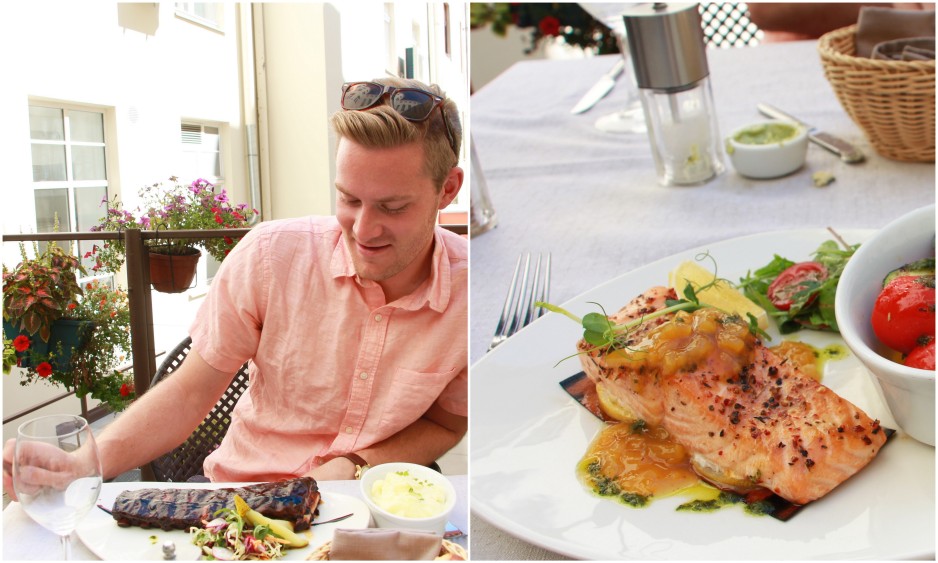 i continued my salmon streak that has been going strong since scandinavia,
and this pineapple glaze on it was heavenly. also, how happy is chase there
on the left smiling down at his plate? he has been a good sport trying all
different cuisines over here, so it was the best to get him some bbq. 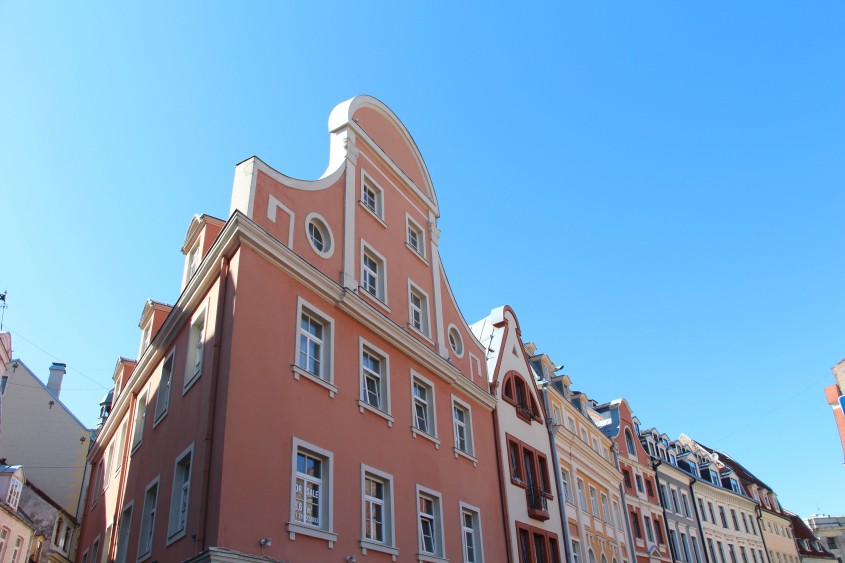 we strolled a little bit more and this was my favorite street! ^^
one day i want to write a guide book all based on my favorite
street in each city, and all the details of them. wouldn’t that be fun? 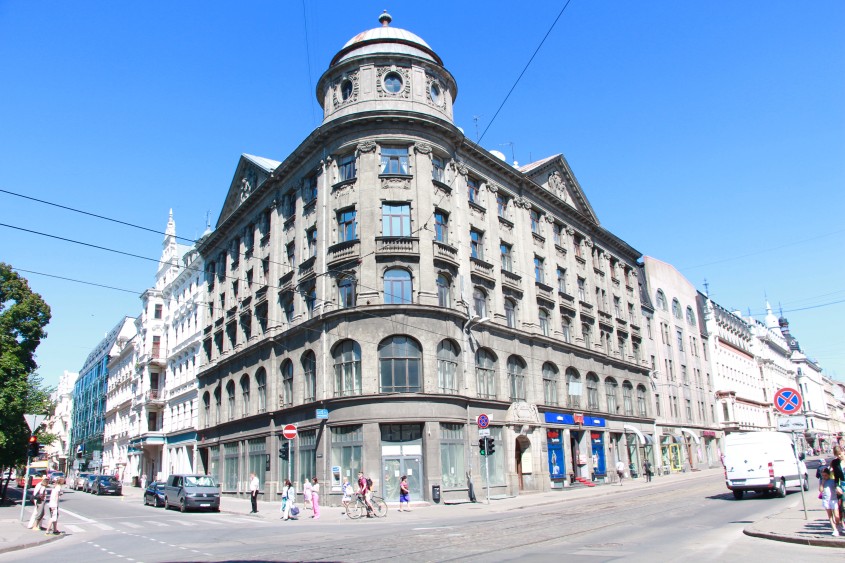 outside of the old town you’ll find the bigger boulevards of
the more modern part of riga. many hotels are in this part as well. 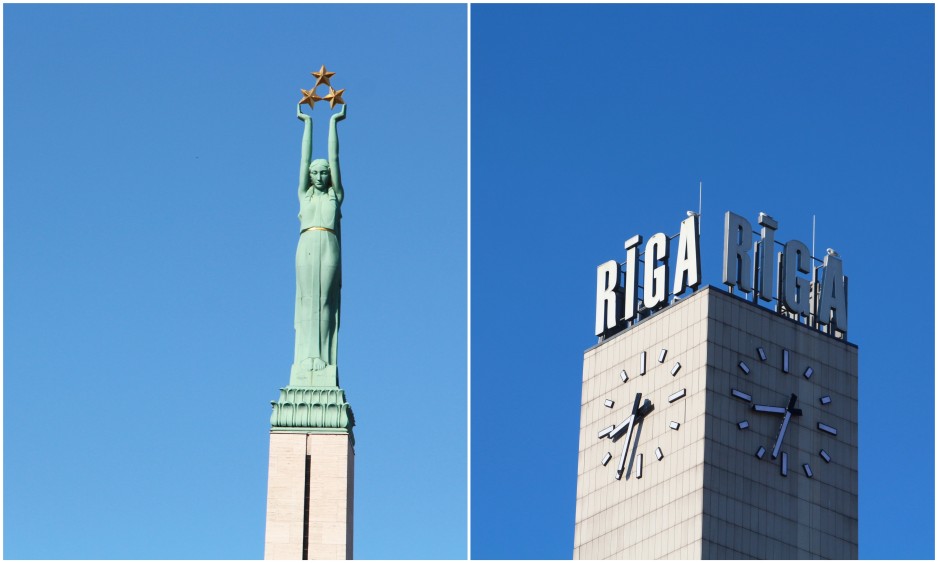 as we left riga we had to get a picture of this hopeful statue on the left
which was put in the place of soviet statues that stood during occupation.
i think it looks so hopeful and represents how the area has risen from
that time and continues to look up, up, up to the bright future. 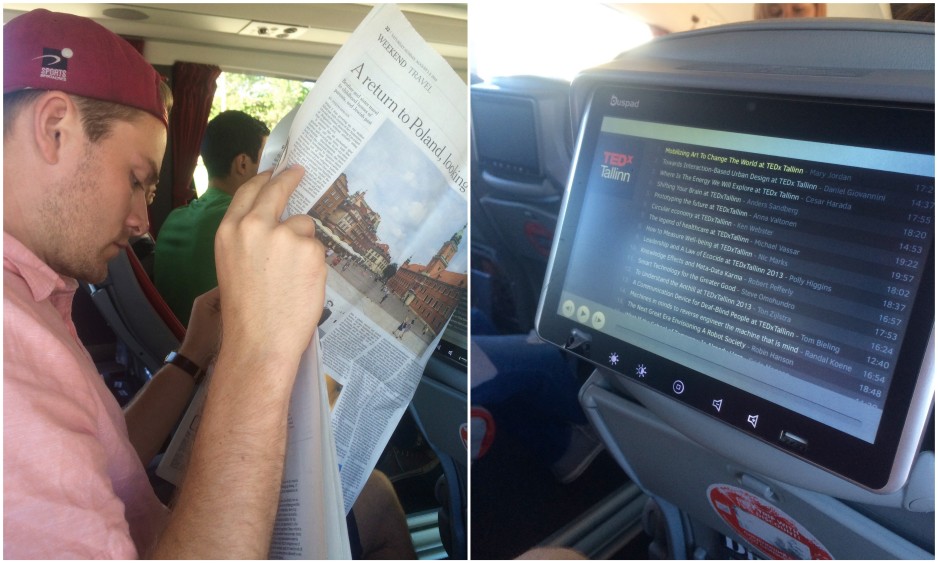 after riga we were off to vilnius, rounding out our baltic capital tour.
at the suggestion of our good friends we took lux express buses to connect
these cities in the baltics, and they were the best buses we’ve been on – in
europe or anywhere! they were clean, new buses with wifi, tons of good movie
and TV shows, even TEDtalks available! thank you so much mckelle & david
for recommending this line … one of the cheapest + best ways to do these cities!