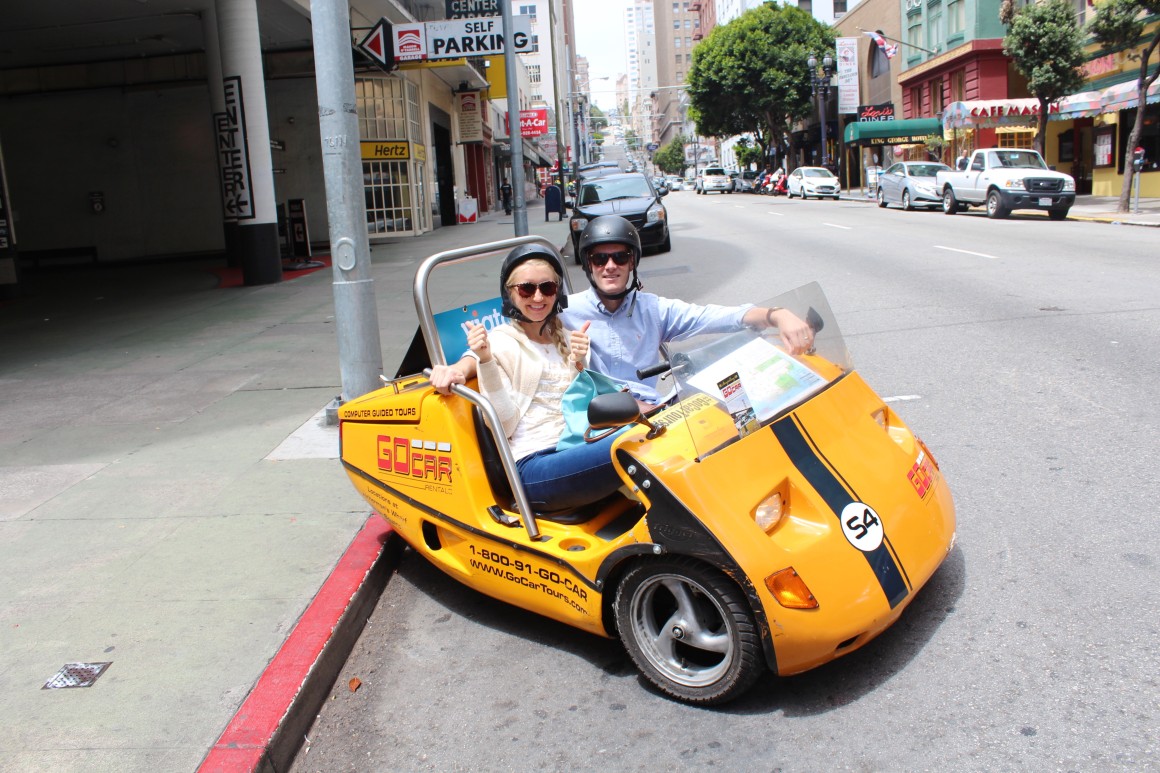 if you’ve been to san francisco, chances are you’ve seen the little yellow go cars
zipping around town. they always look so fun (and funny) and we’ve been dying
to try them out ever since we lived here. (they are definitely on our bay area bucket list)
since the clock is ticking on our time in SF, we decided to rent one through vimbly over the
weekend…and boy did we have an adventure! we had no idea what we were getting ourselves into. 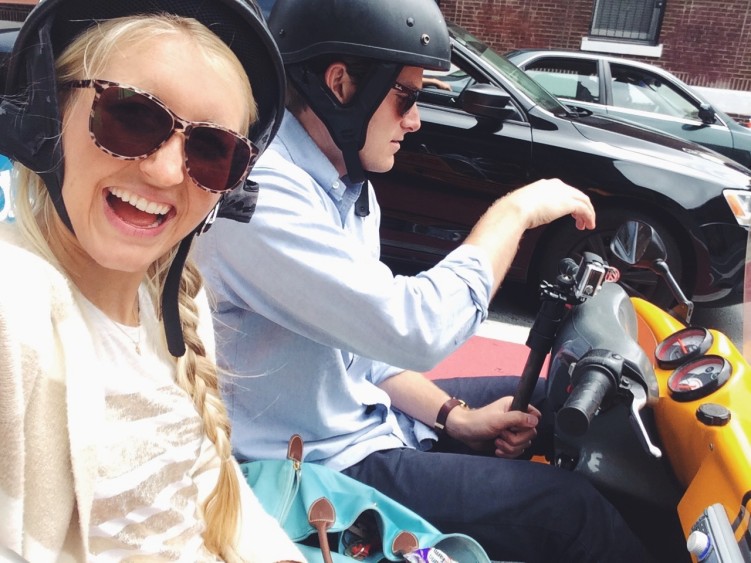 these cars are fun, funny, and also a little crazy. we went from dying laughing
and having a great time at the beginning, to frazzled (me) and annoyed (chase)
by the end due to driving through city traffic in a tiny little mobile. haha, the
whole thing was hilarious and worth it, but be prepared going into it! 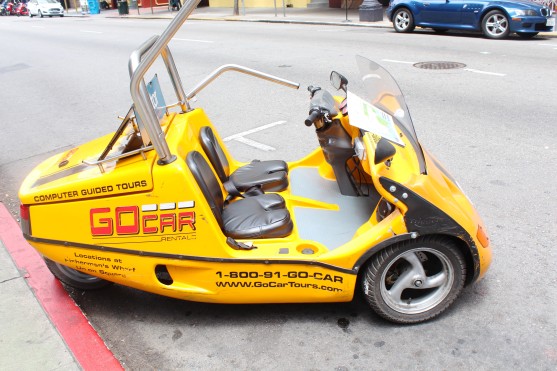 we rented from the union square location instead of the wharf which
was convenient, but also probably mistake #1 because we were immediately
in downtown traffic buzzing around and surrounded by so many honking cars. 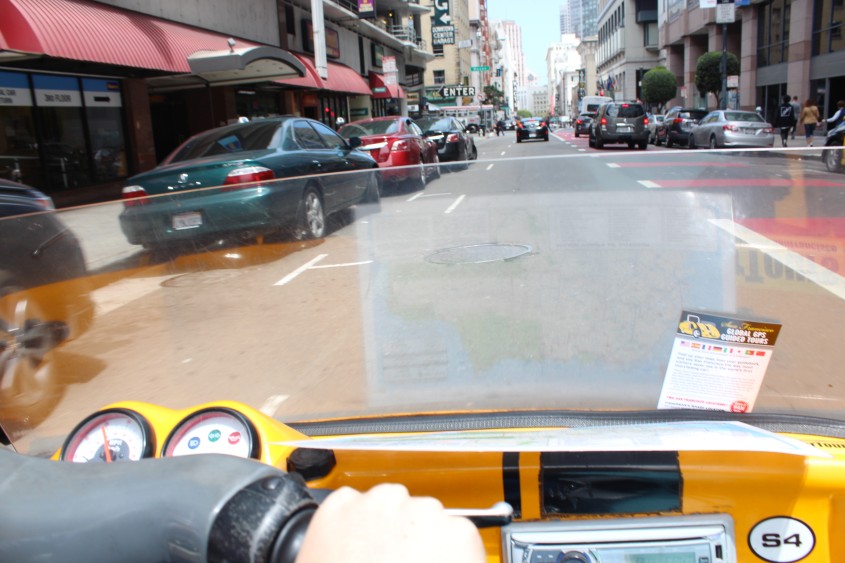 chase keeps his cool while city driving, i don’t :) 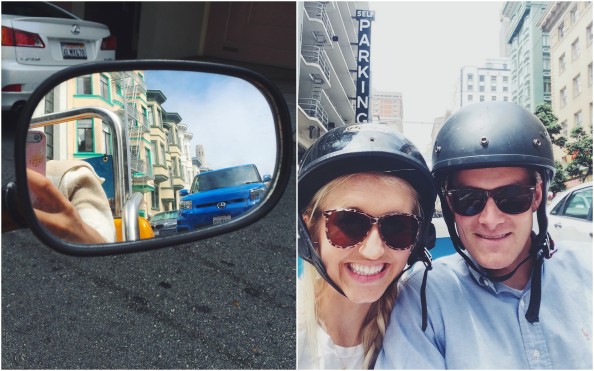 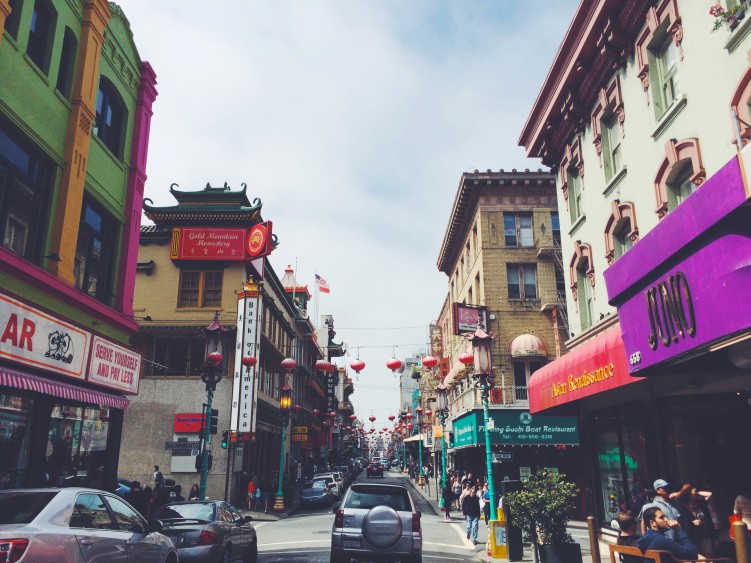 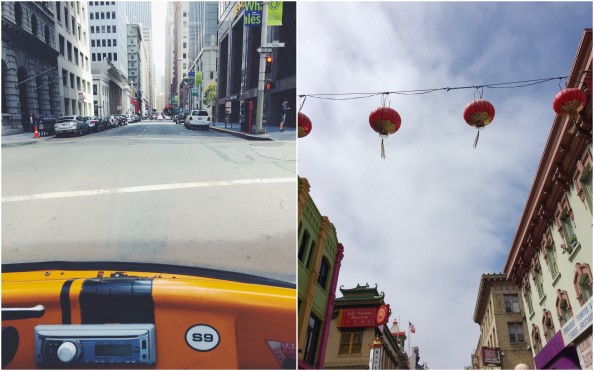 the chilly june weather has begun in the city, meaning we had sun as
we left downtown, but as we headed out by the bridge it turned into
a foggy winter — so we turned around and made it more of a downtown
route. from the FiDi to chinatown, we had fun cruising through town! 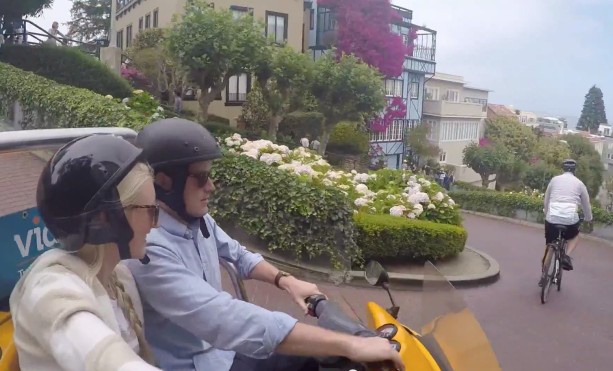 lombard street was the highlight! 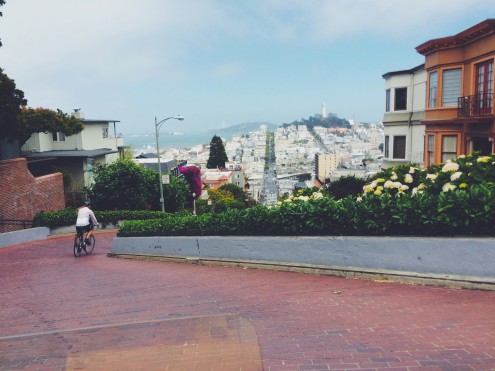 i promise a little gocar is the most fun way to cruise lombard :) 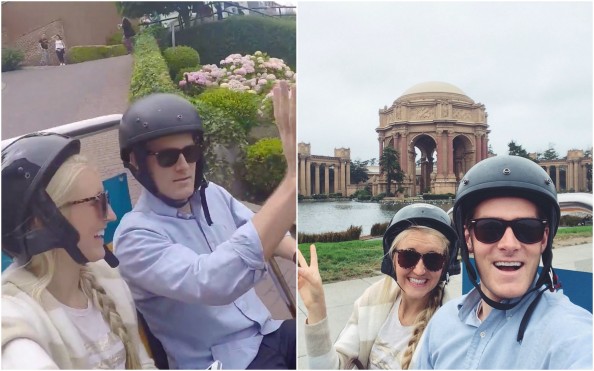 we were actually really impressed with the “tour” that the GPS system
gives in these gocars. not only do you get directions as you zip around your
route, but you’ll also hear lots of SF fun facts…many of which we didn’t know! 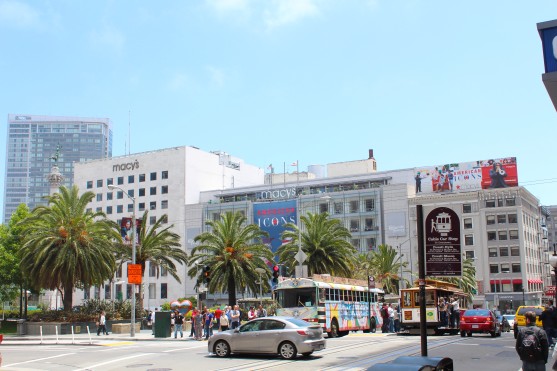 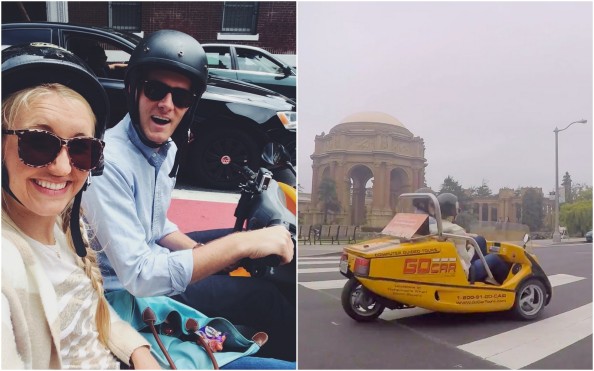 ..turned to fog as soon as we hit the marina. how funny do we look in this thing? 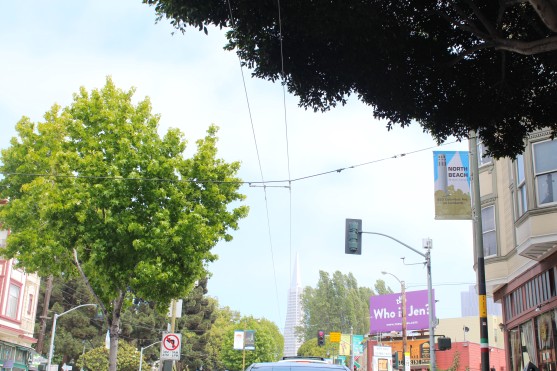 back through little italy ^^ 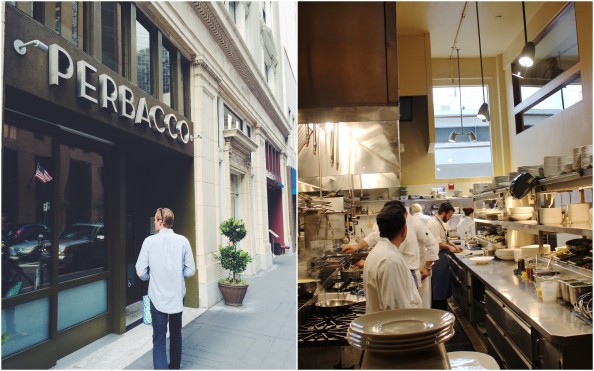 and into the FiDi for italian dinner at perbacco ^^ 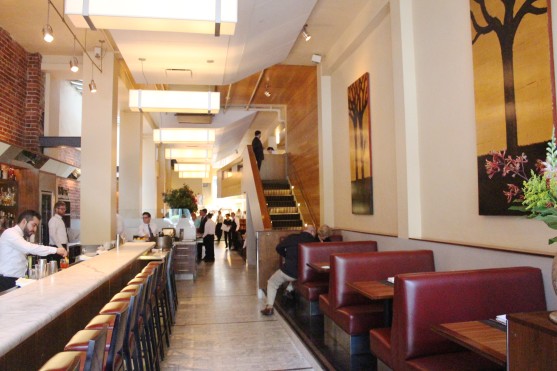 we’ve been wanting to try this restaurant on california street that we pass
every morning. it has one of the prettiest split level interiors  ^^ 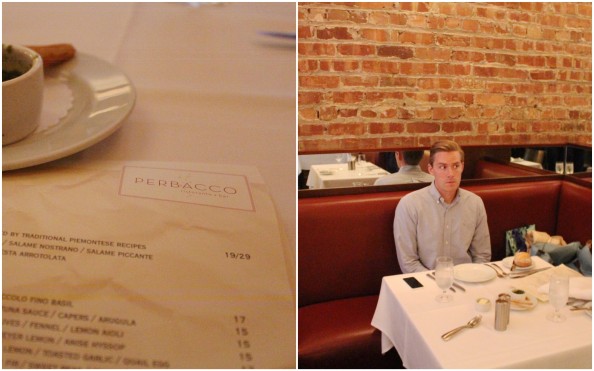 despite the fun time, we were very ready for a good italian dinner
after dodging traffic, getting honked at, getting laughed at, and
even puttering up a few hills very slowly with cars behind us :)
HAHA i am laughing out loud as i type this!! 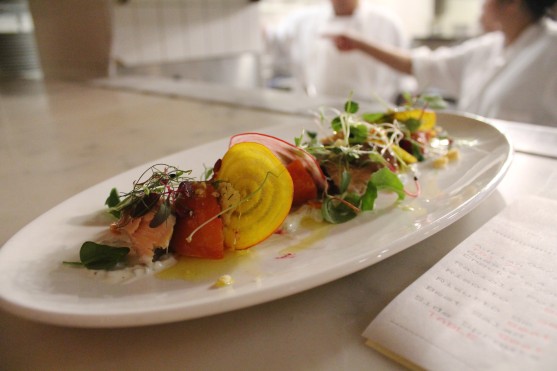 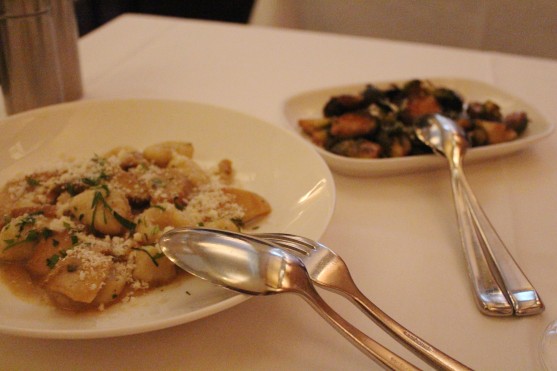 pasta happiness at perbacco — we loved the gnocchi + homemade
ravs most, and like many of our SF favorites.. this menu changes! 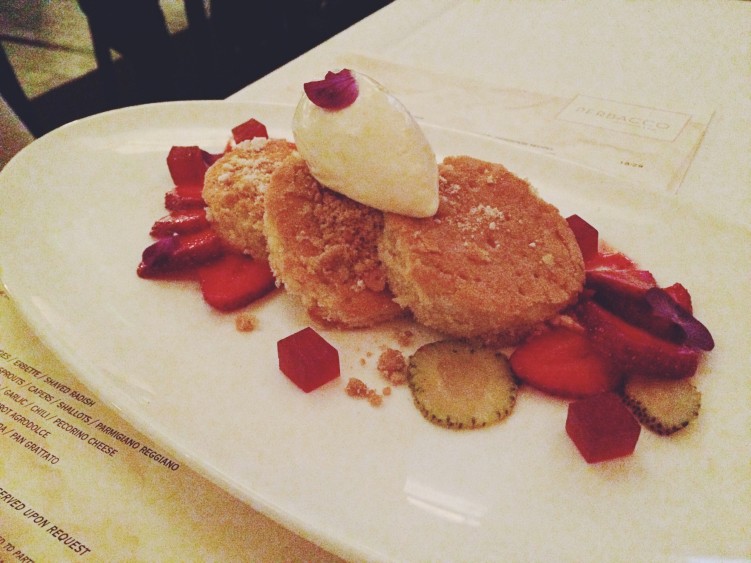 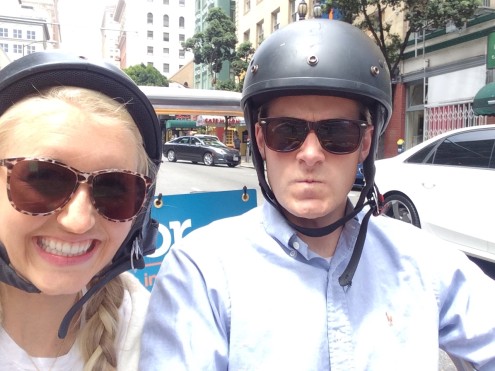 thanks chase for keeping me laughing even when i tell you how to drive a little gocart..
and thank you vimbly for helping us check off our final few bay area bucket list items!