from sandton to soweto 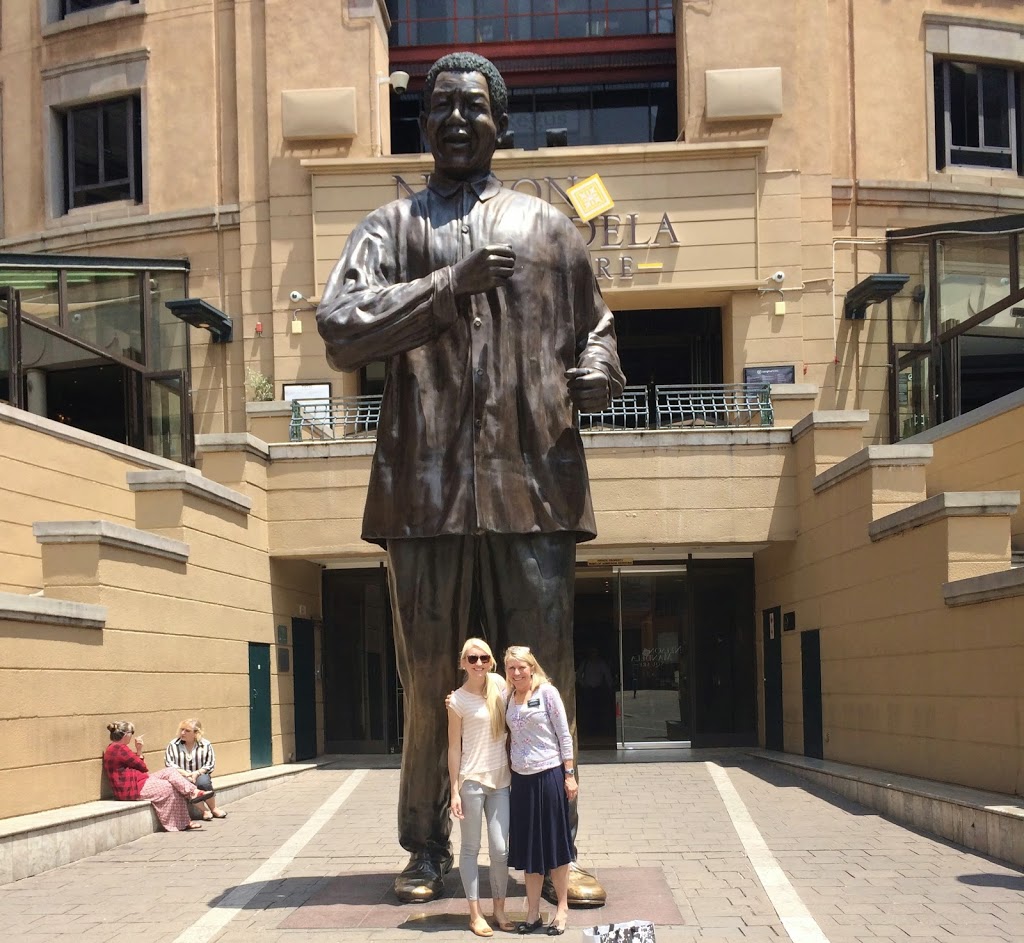 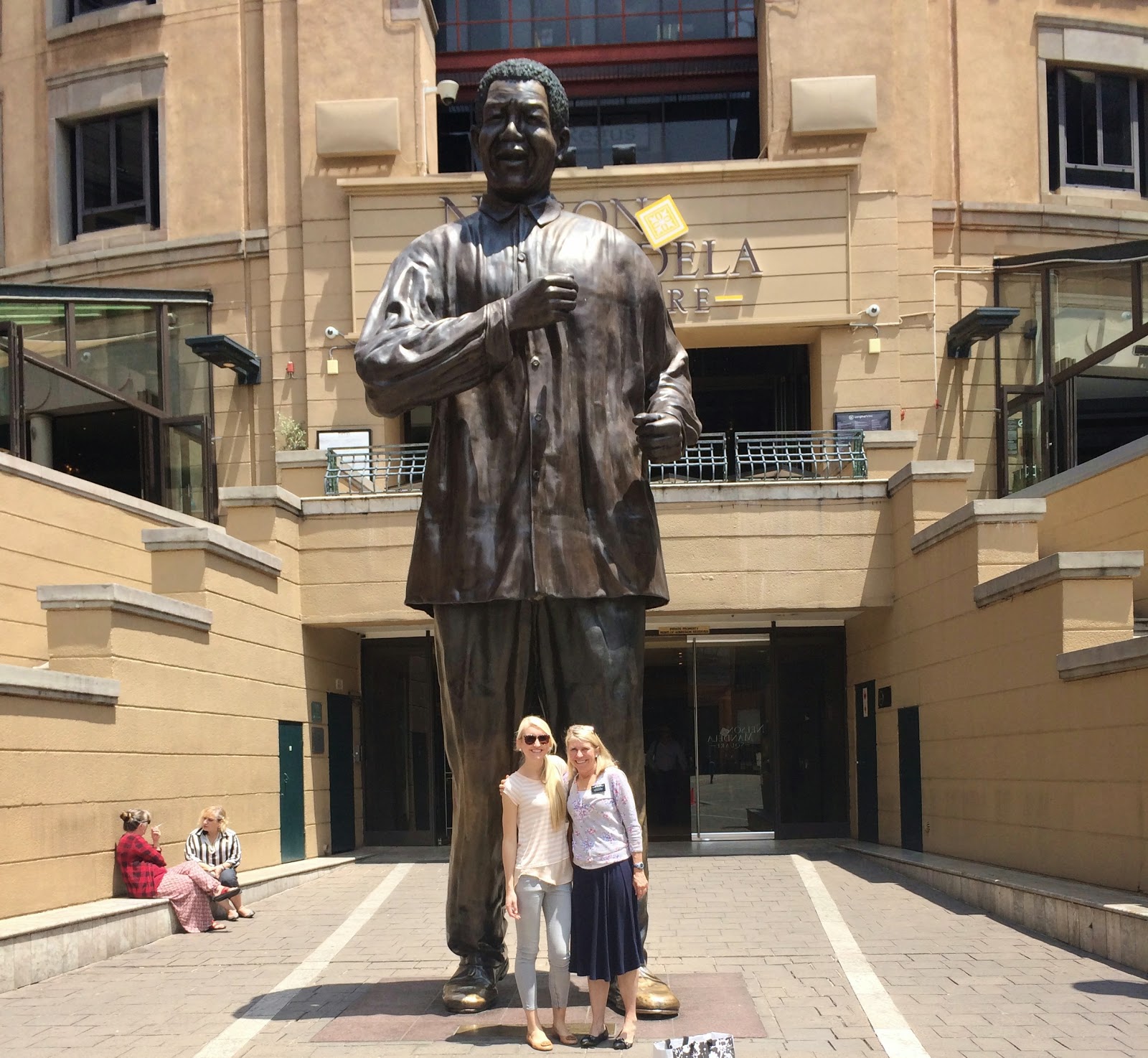 one of the most interesting things about
johannesburg has been learning about the
history — good and bad. it is an amazing city
with so much beauty, but it has a tough past.
i love that although things are better now, the
city embraces both past and present and it feels
positive. there is still a stark contrast in joburg, &
one of our days here was perfect evidence of this. 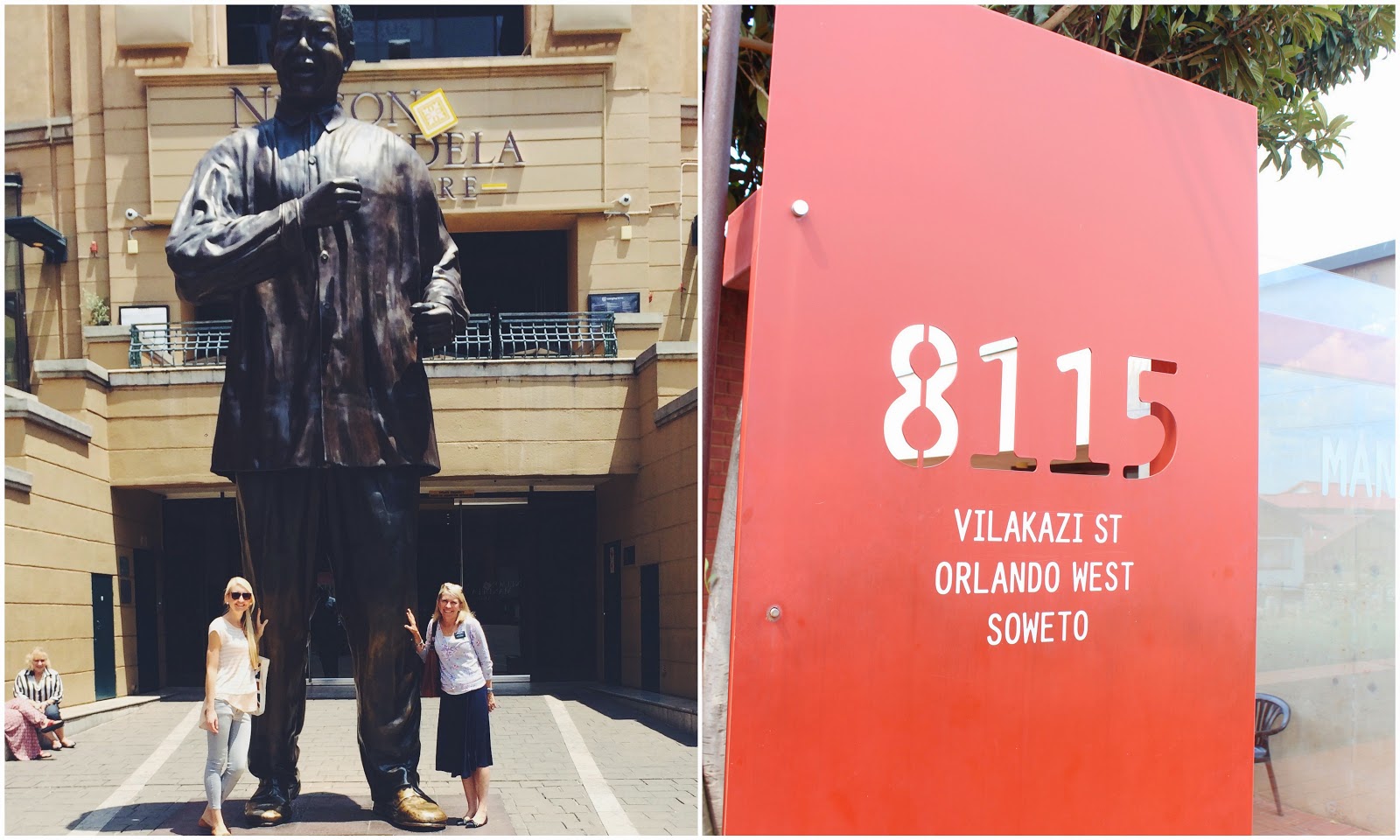 we went from sandton: the new, modern, very
high-end part of the city — to soweto… the most
famous black township filled with history from the
fight against apartheid {including mandela’s home.} 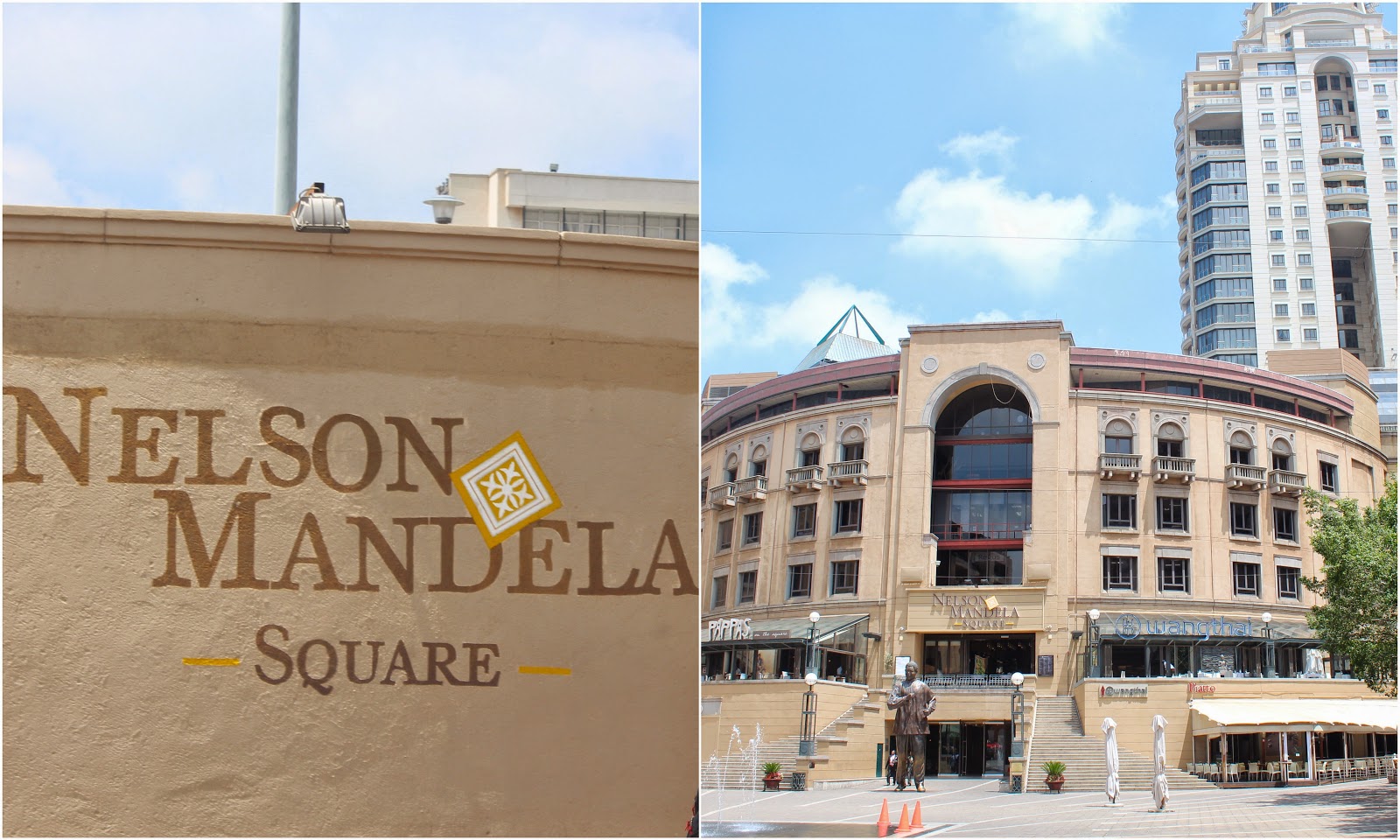 sandton is an area of high-rise, modern buildings
with a huge mall and amazing restaurants. it has
this great statue of mandela in the square, but it’s
a very different feel from where mandela came from. 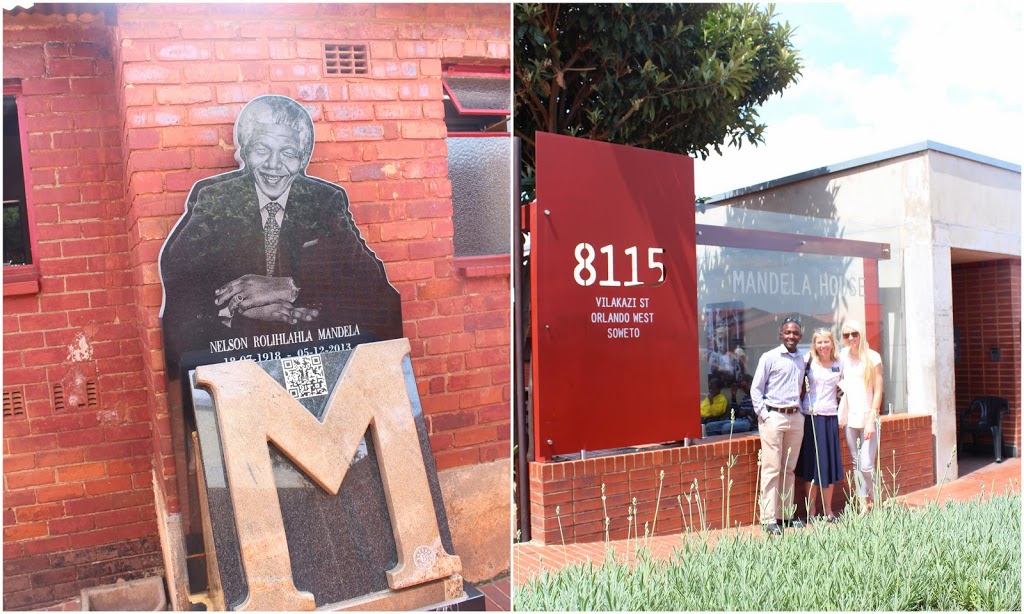 driving into sandton feels like a night & day difference– so
full of culture and history, and you can sense the community. 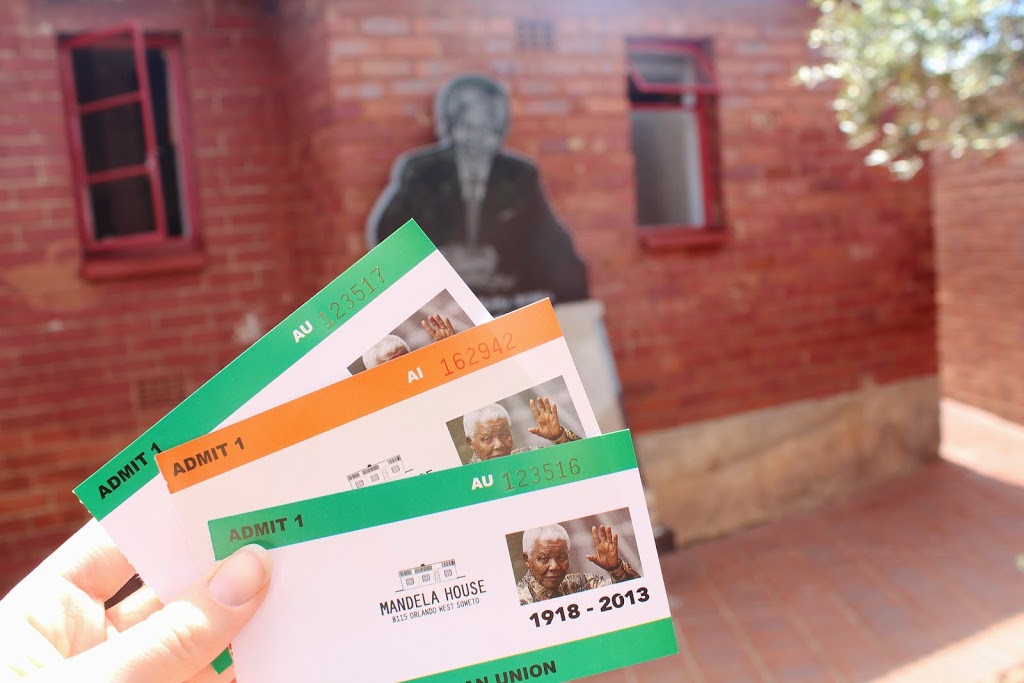 it was pretty incredible to be in the home of nelson mandela
in soweto. it’s so interesting that although this was his home,
he spent much of his life in prison — so this has become more
of a symbol. they have done a great job preserving the home
and collecting memorabilia from all over the world. 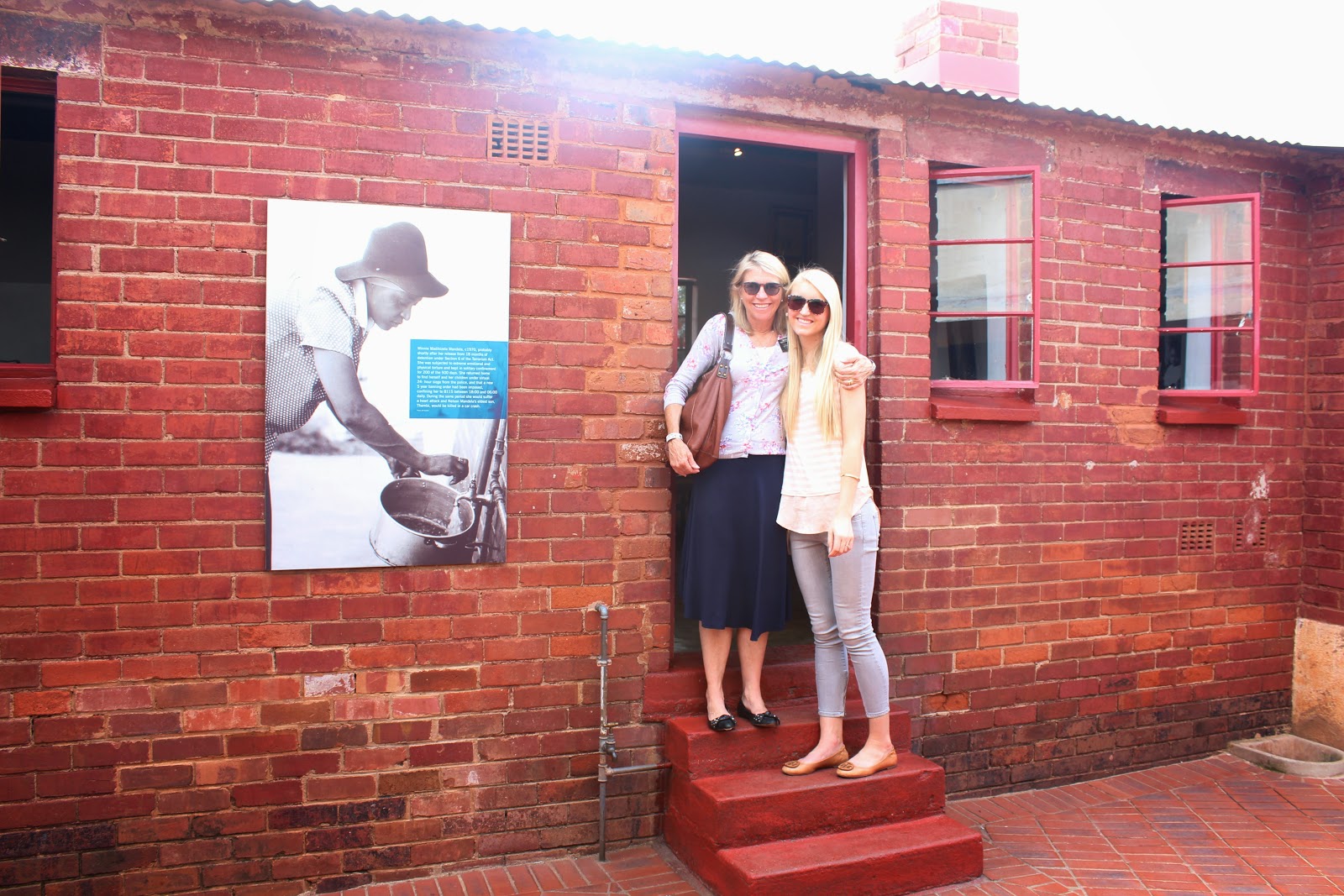 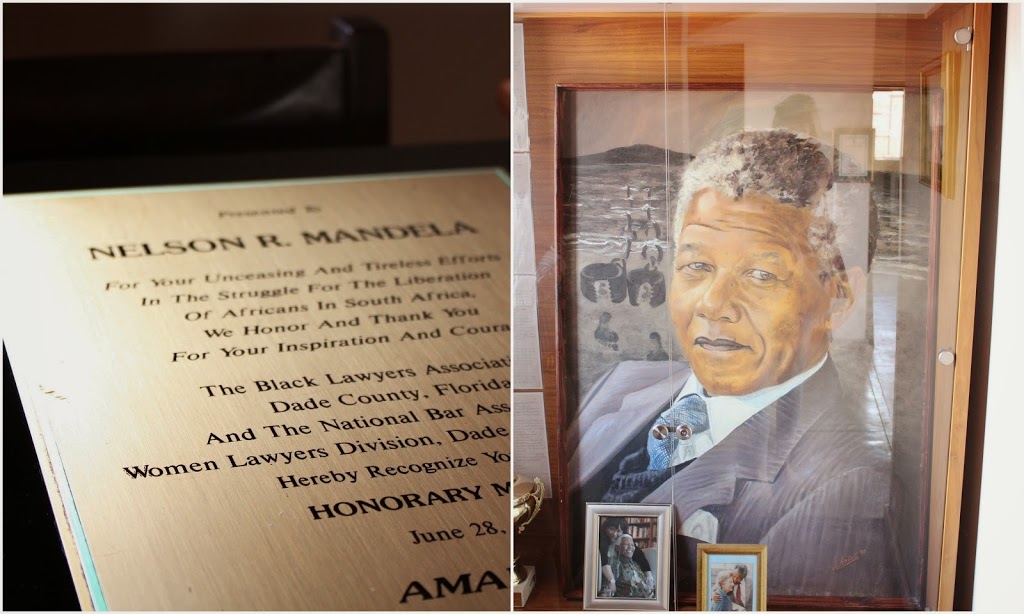 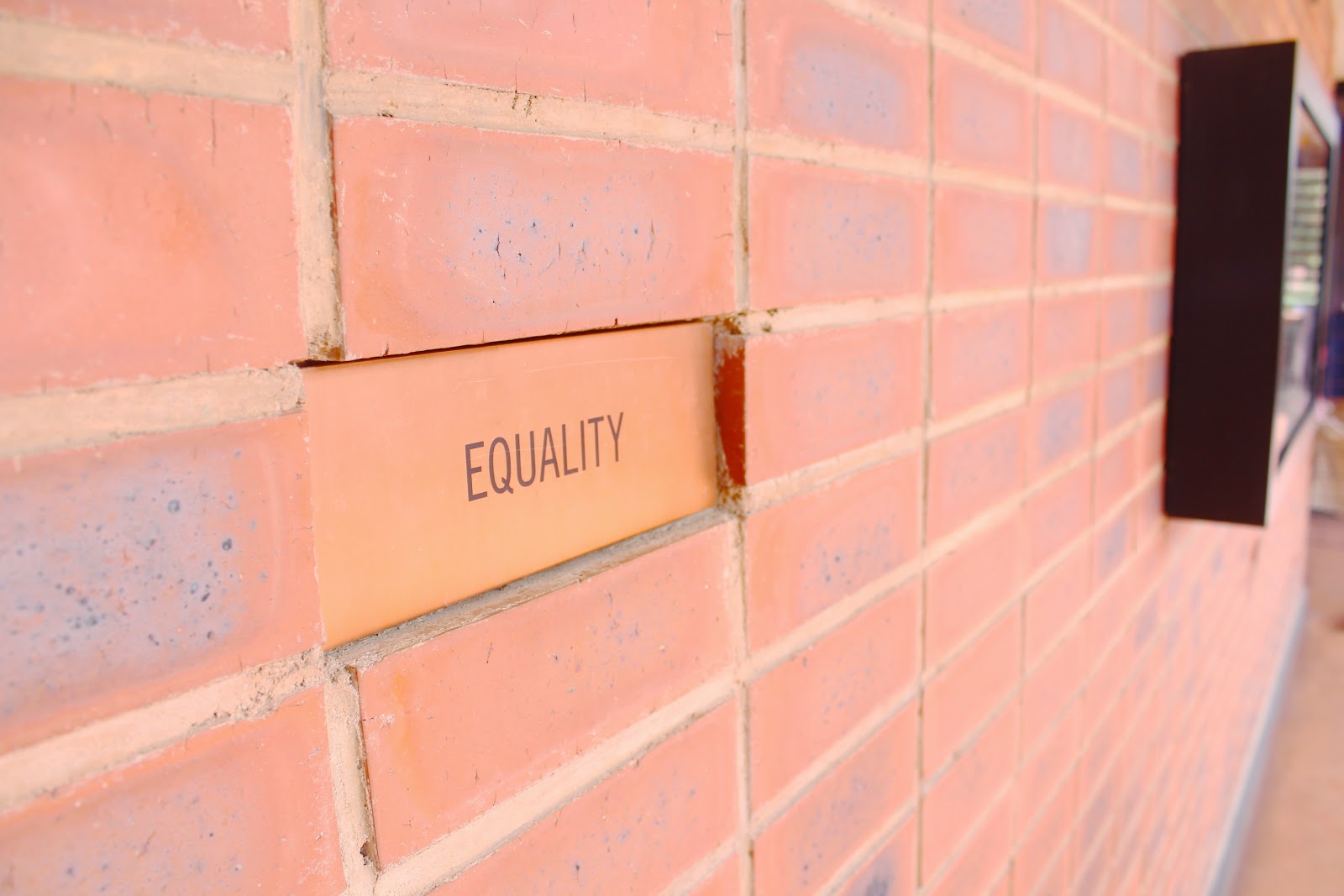 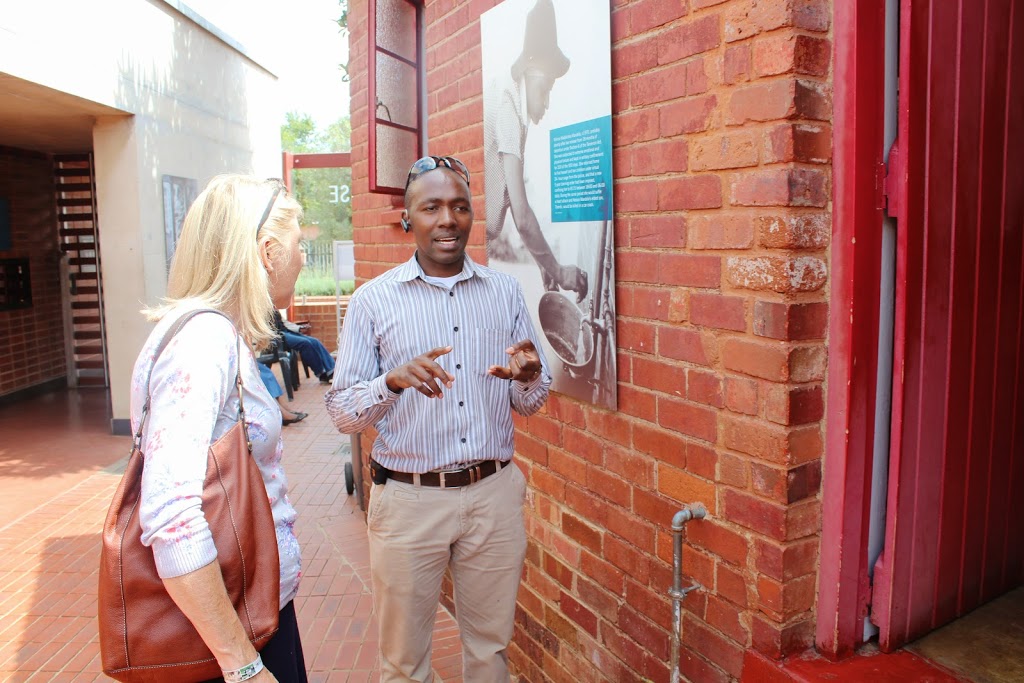 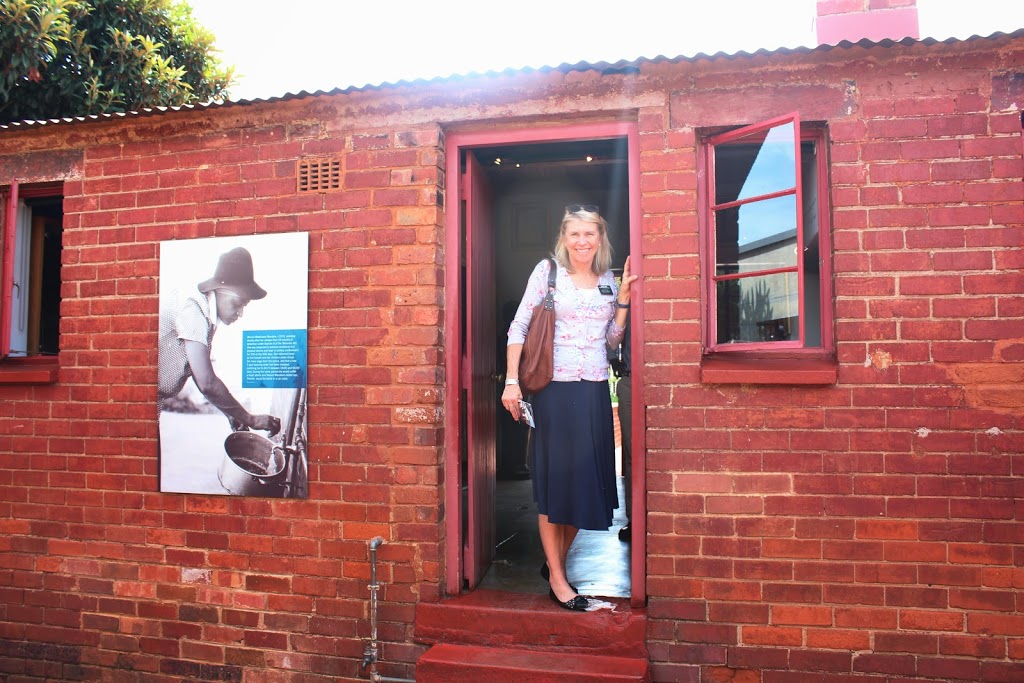 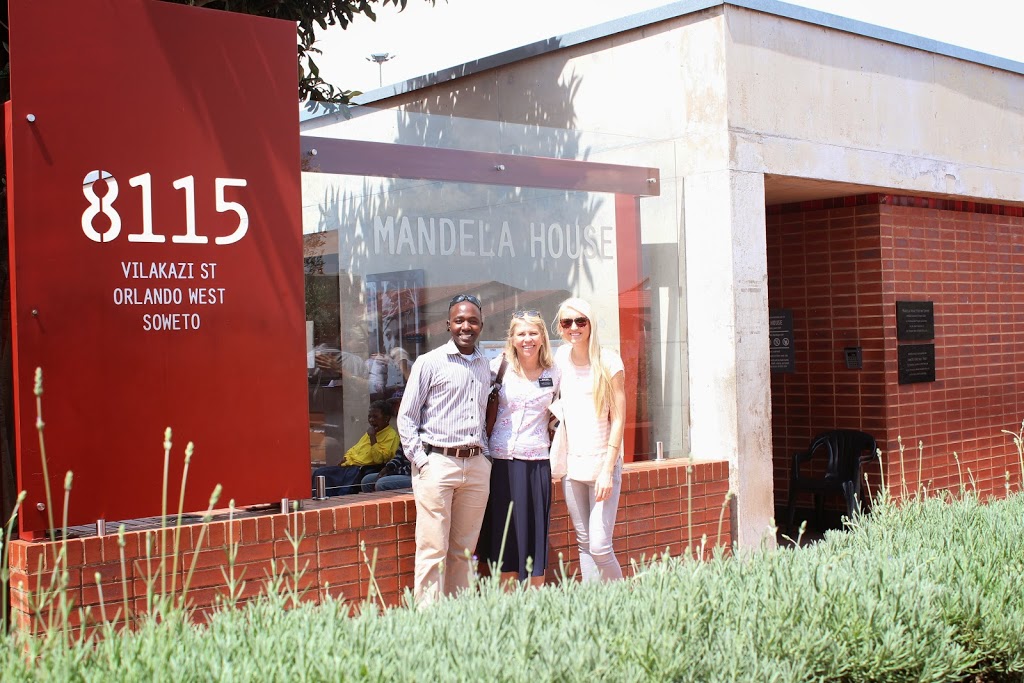 our friend sid showed us around and gave us so much
information about the culture & history of soweto. ^^ 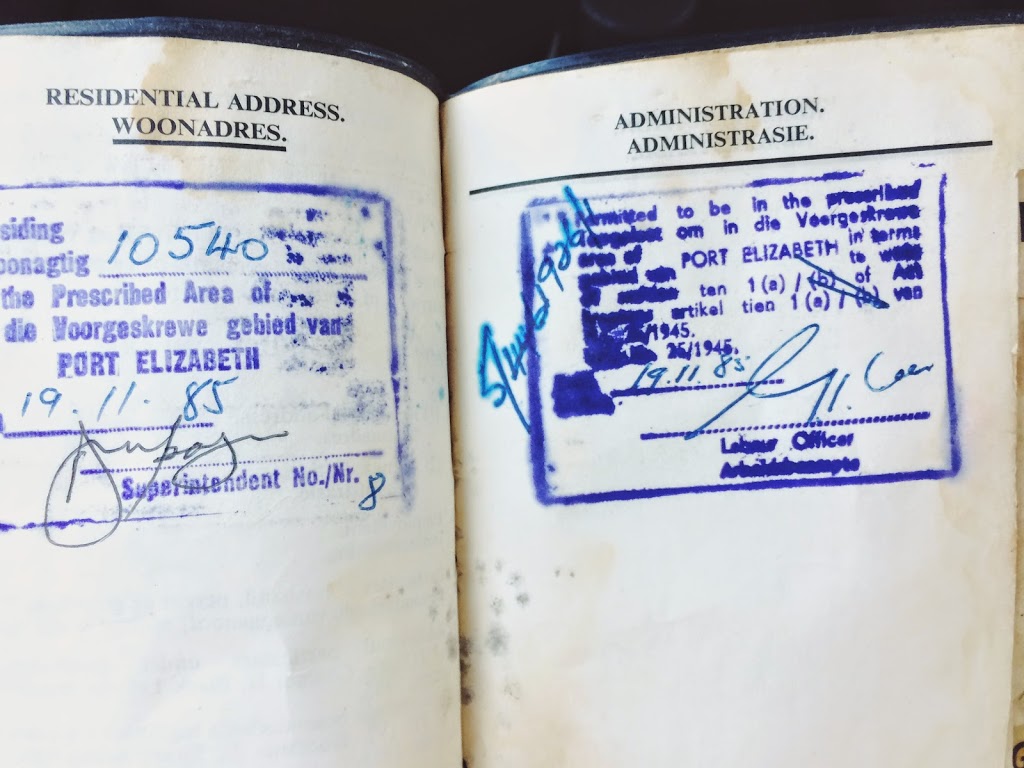 ^^ sid also brought this book of his grandmother’s which
shows a harsh reality of apartheid. in those days, people
were constrained to their districts and neighborhoods.
they had to carry these resident booklets around in case
they were checked by the police and found in the wrong area. 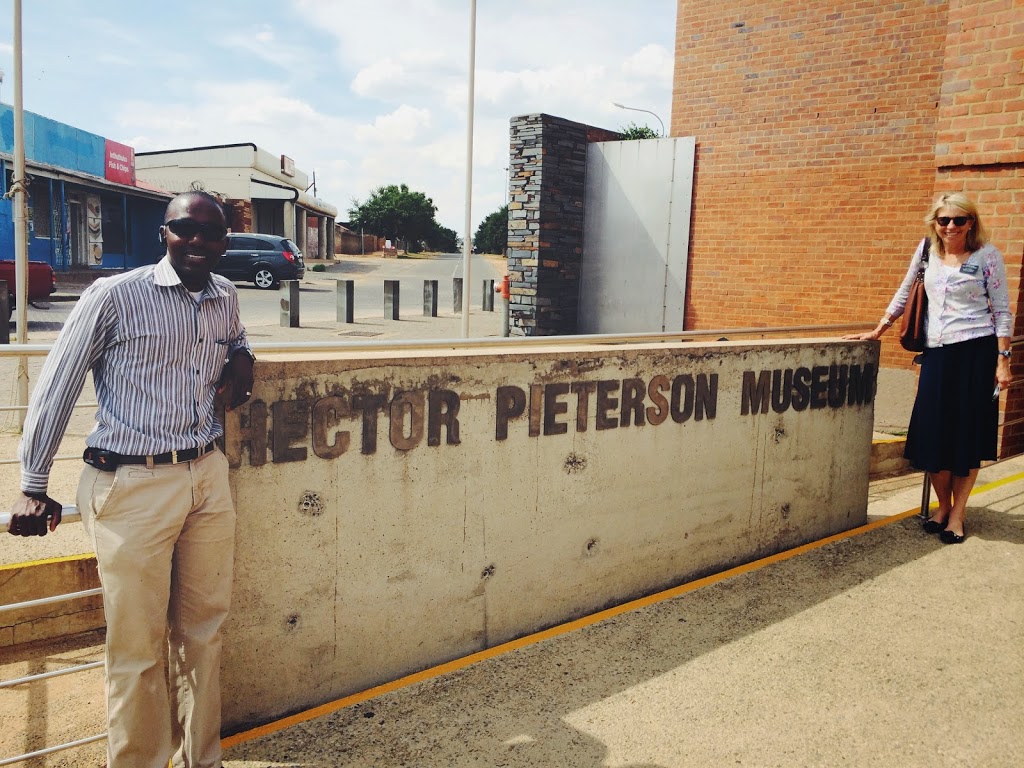 the hector pieterson museum is so well done and it
tells a lot about the real issues during apartheid. ^^ 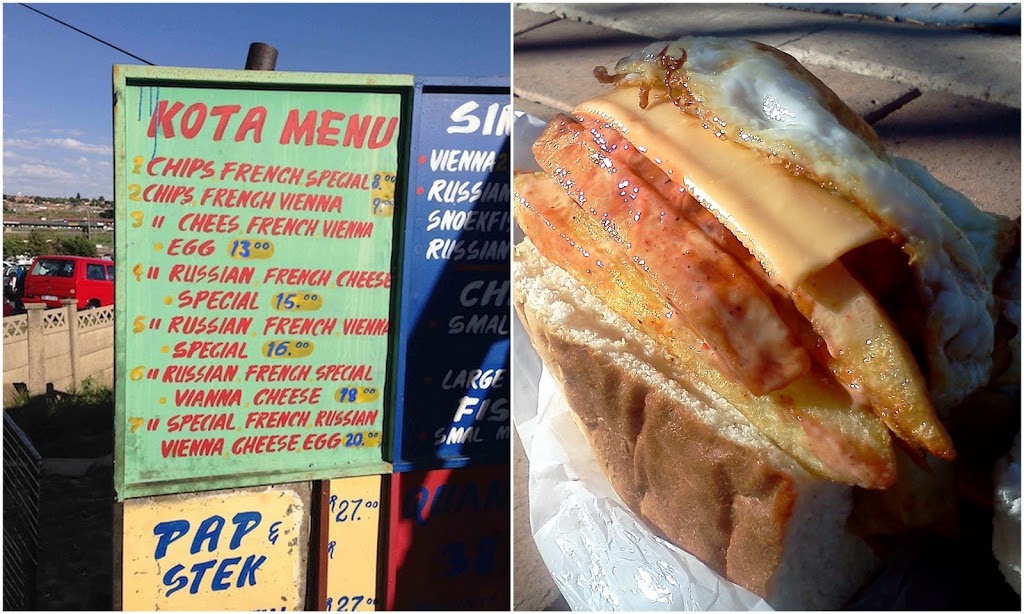 we had to try one of the famous kota sandwiches! ^^ 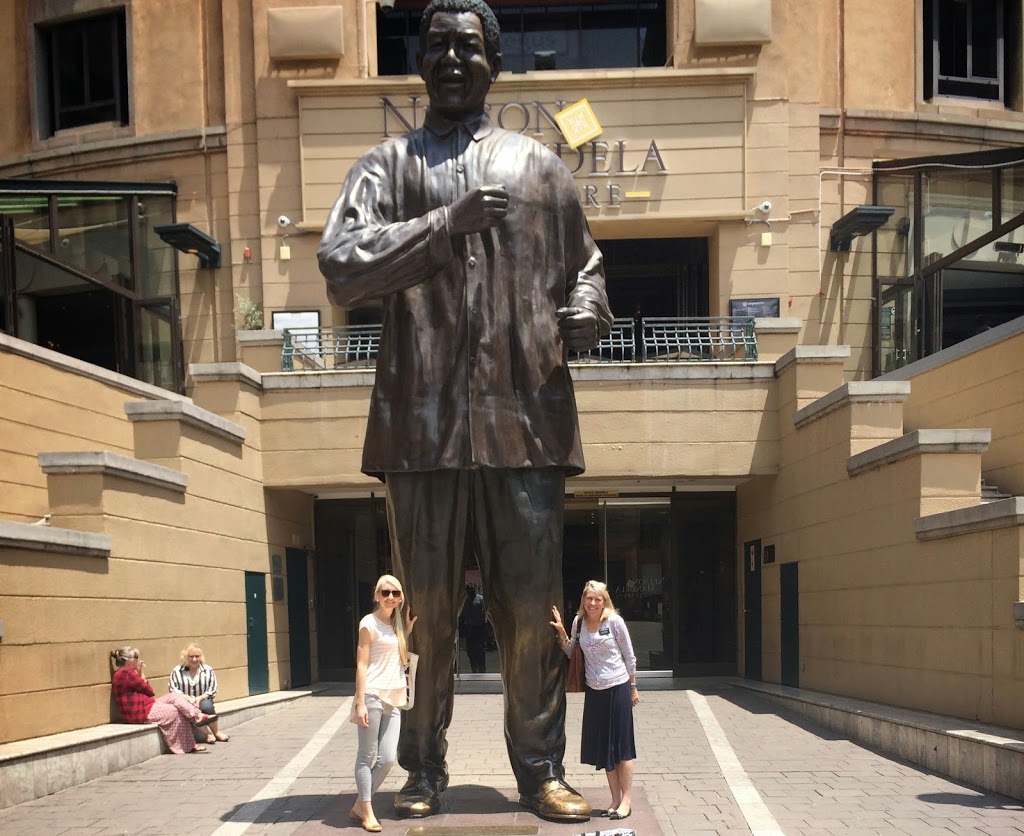 this day gave me such a better understanding and
appreciation for the progress this country has made,
and the true realities of the past. from sandton to
soweto, johannesburg paints a picture of the
diversity and the contradictions of different areas.
i was so glad to learn more and this day
made me appreciate this amazing city even more.
xx
Author: chaserigby
Filed Under: 2015, africa, johannesburg, south africa, travel
kruger park + south africa’s panorama route
visiting the SAJM mission

2 thoughts on “from sandton to soweto”