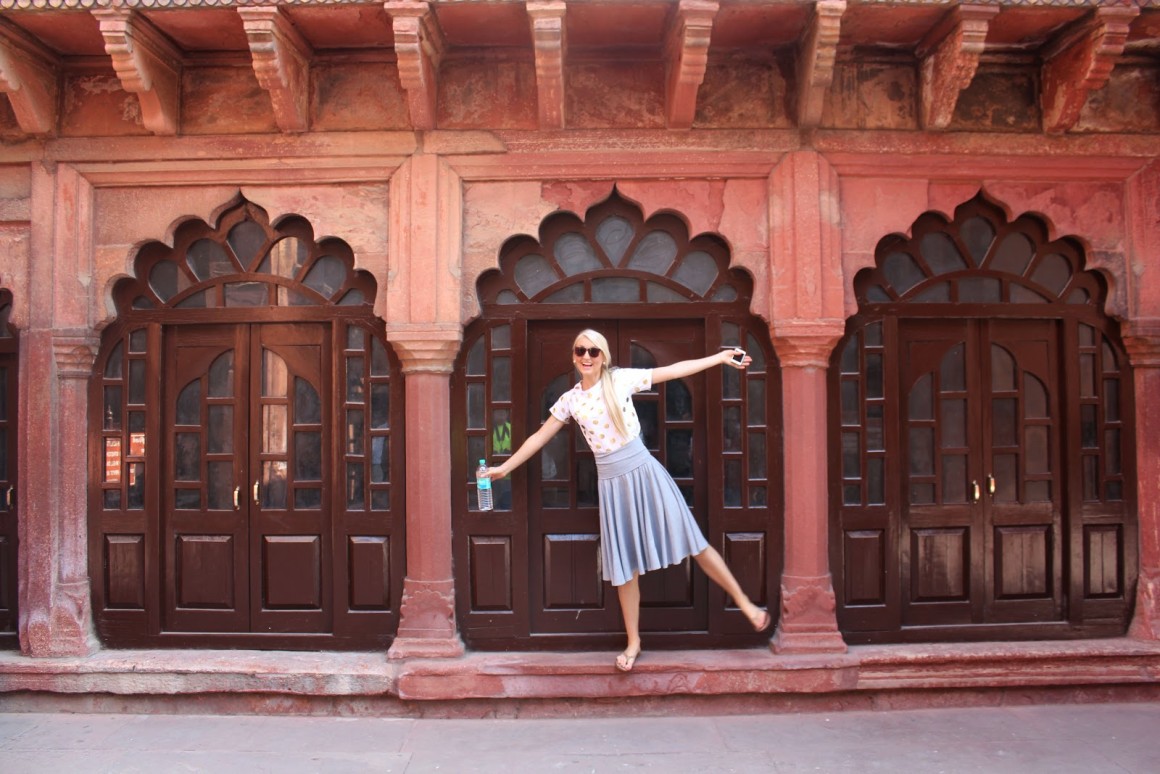 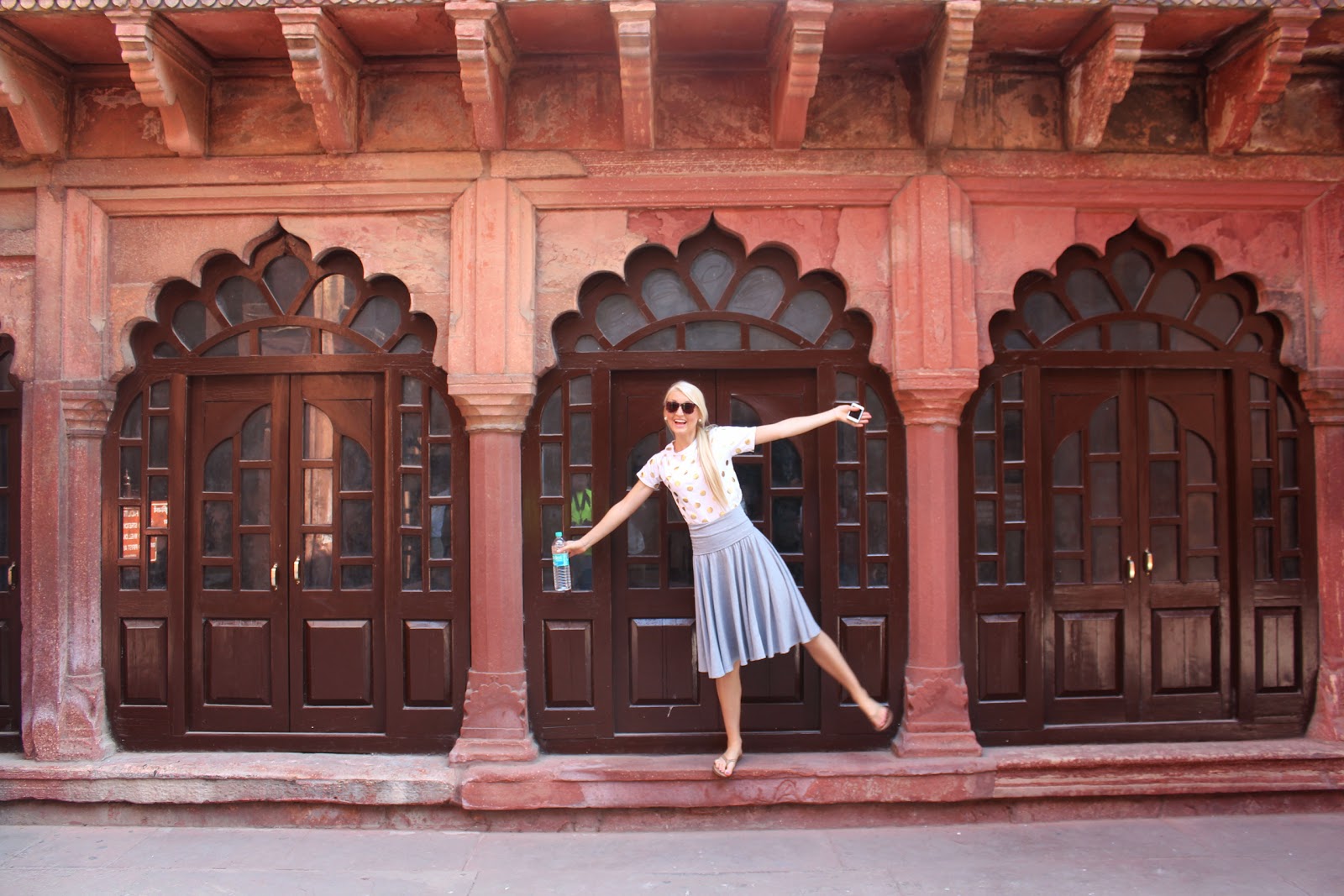 after landing in india, exploring old delhi, new delhi, then
going 6 hours to jaipur and taking an elephant ride,
we headed to agra — home of the famous taj mahal. we were
looking most forward to the taj, but didn’t expect all of the
other things to see in this place. on our way to agra we
stopeed in abhaneri, which was very humbling but such
an amazing and memorable village to visit. we saw the
famous chand baori step well here, one of the oldest
and most interesting landmarks in rajasthan. it was
built for the goddess of joy & happiness. also of note,
it was where they filmed in the well for batman. you
tell me which part chase was more interested in :) 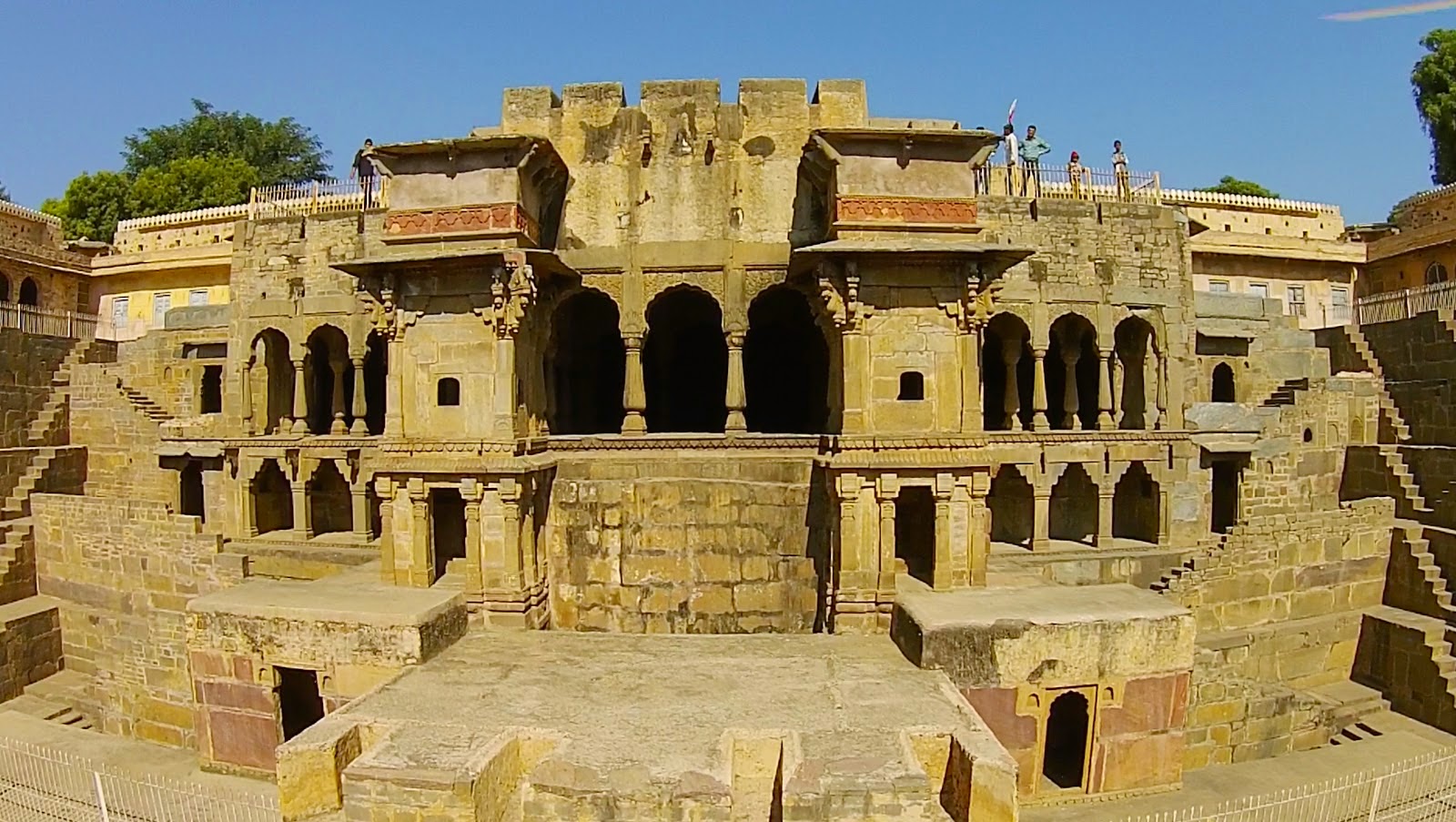 this is basically an inverted pyramid that points
toward the ground instead of up. because it gets
so hot here, this stepwell served as a cool place down
in the bottom of it. it was a crazy thing to see, and
chase of course flew his copter to get some good shots. 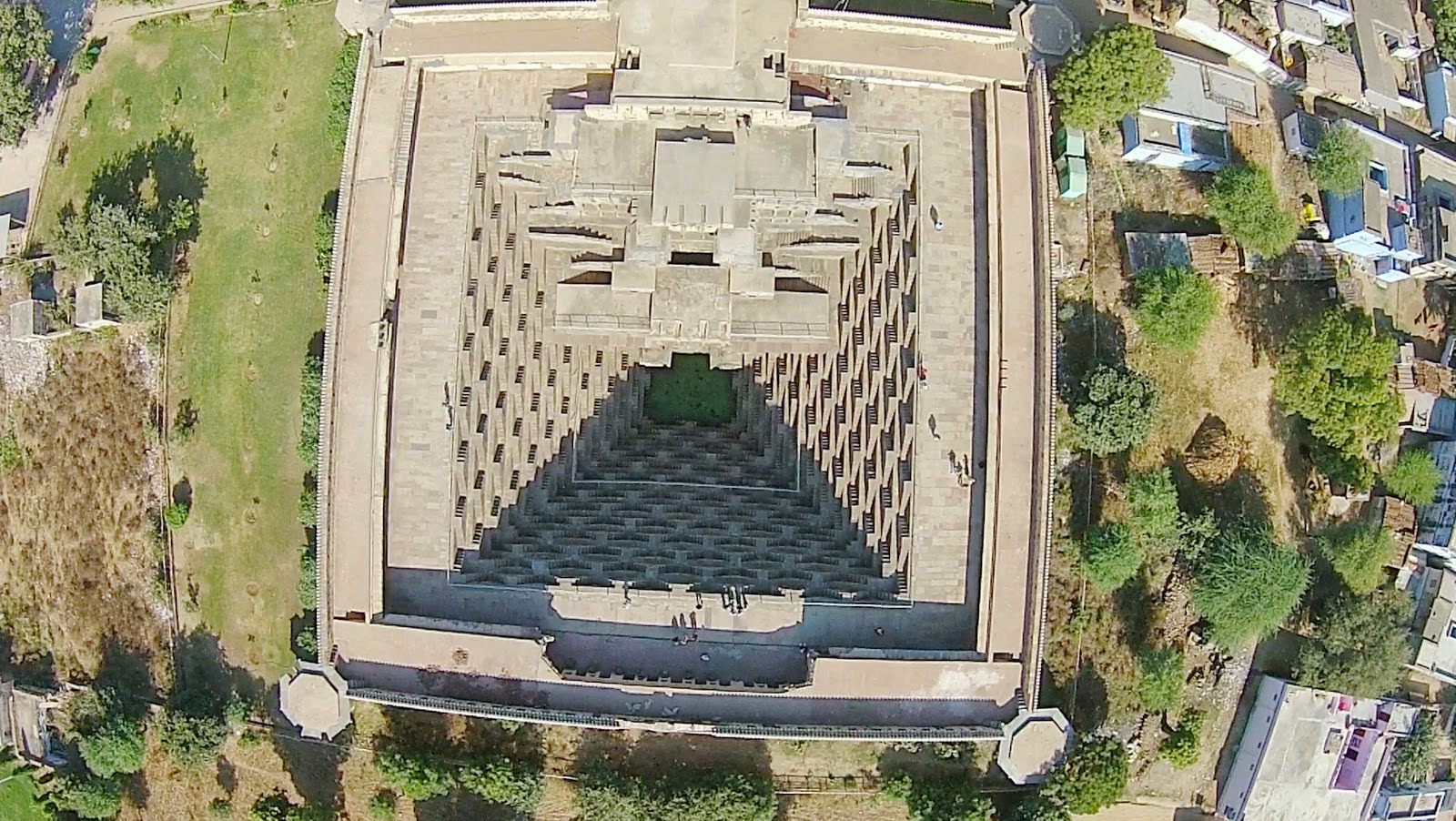 ^^ from above: it’s hard to see how deep it is,
but this still shows the crazy design of it. 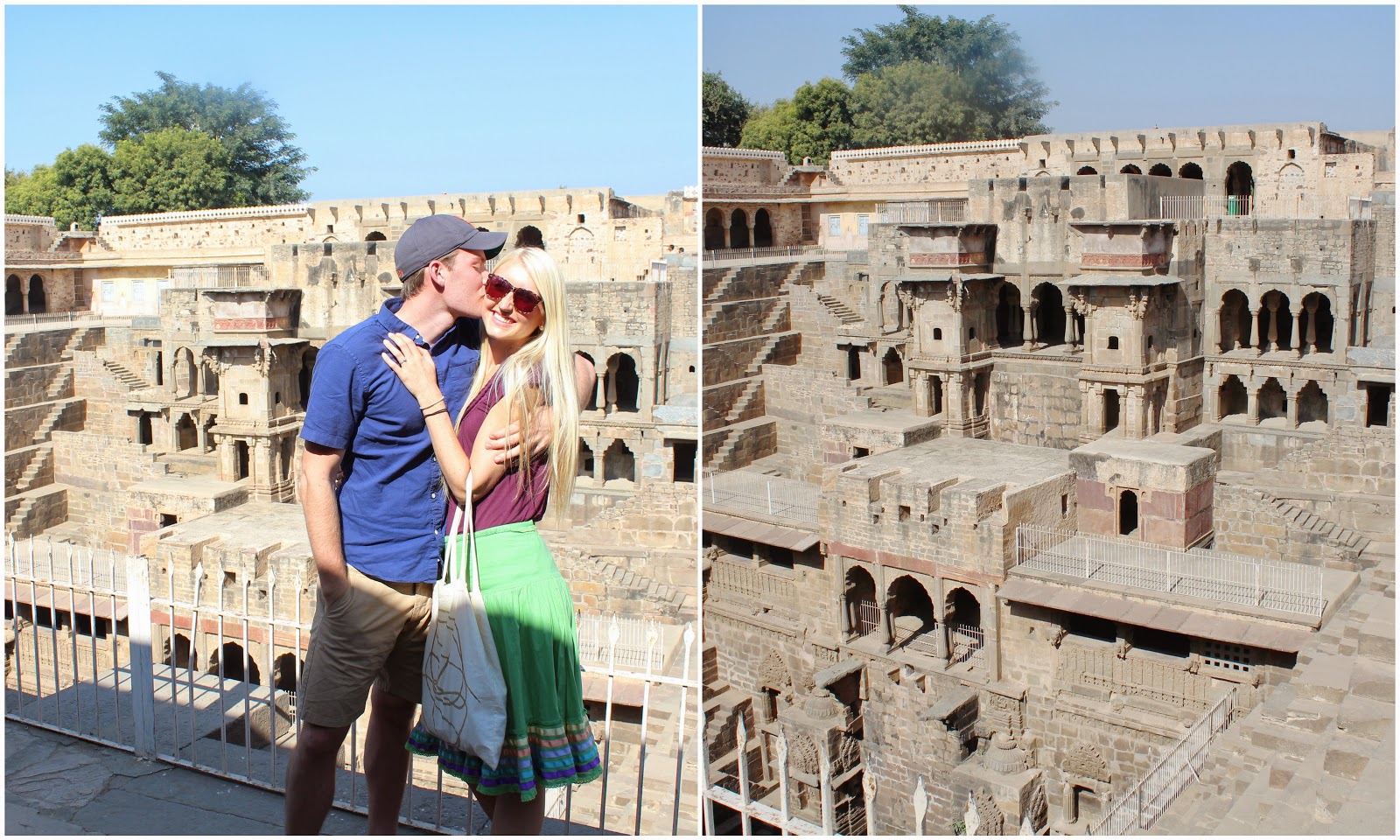 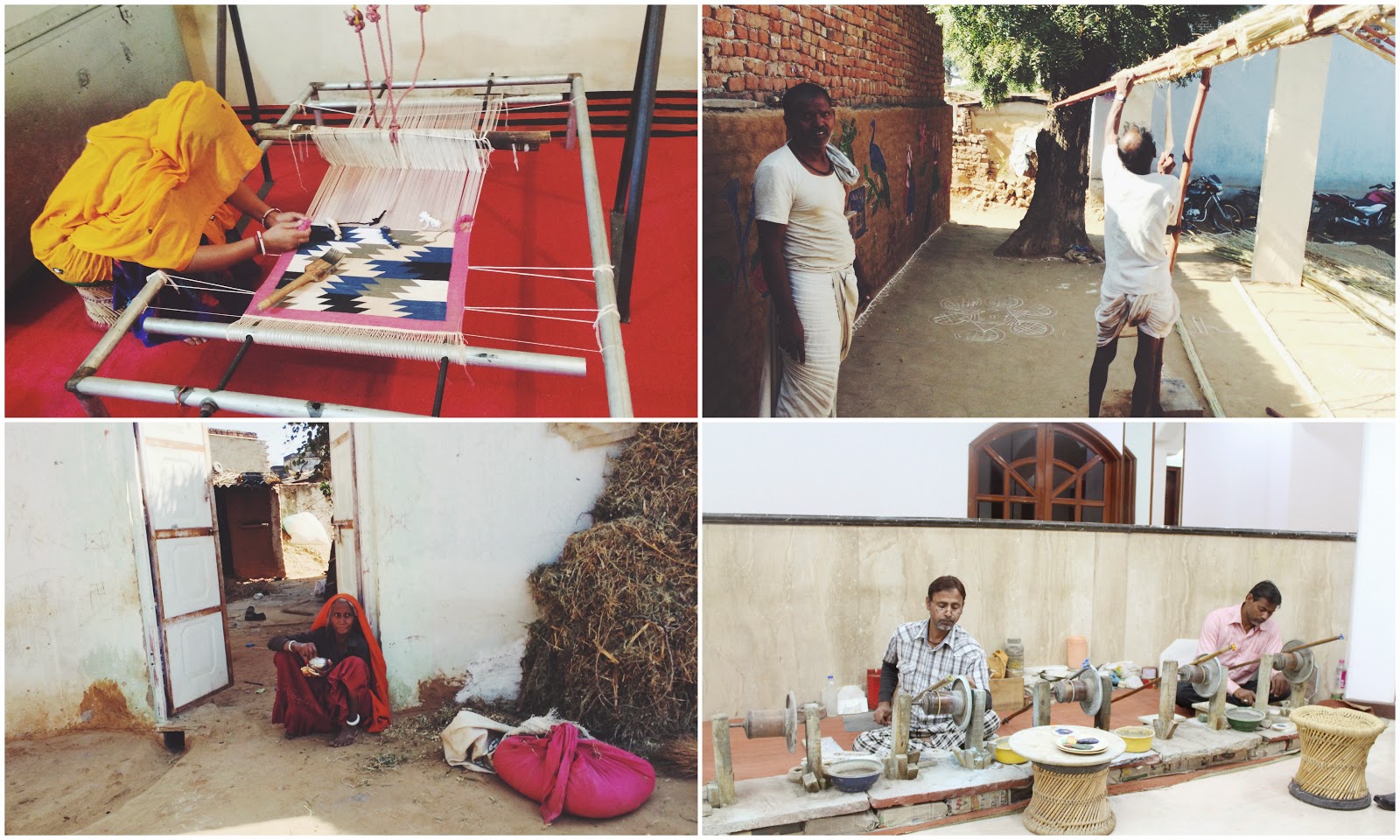 the village here was one of my favorite stops we had.
the people were so humble but so beautiful, and
i loved seeing them in their tiny town that was so
simple. they are so talented and we watched this
woman weave in awe of her skills. i wanted a rug! ^^ 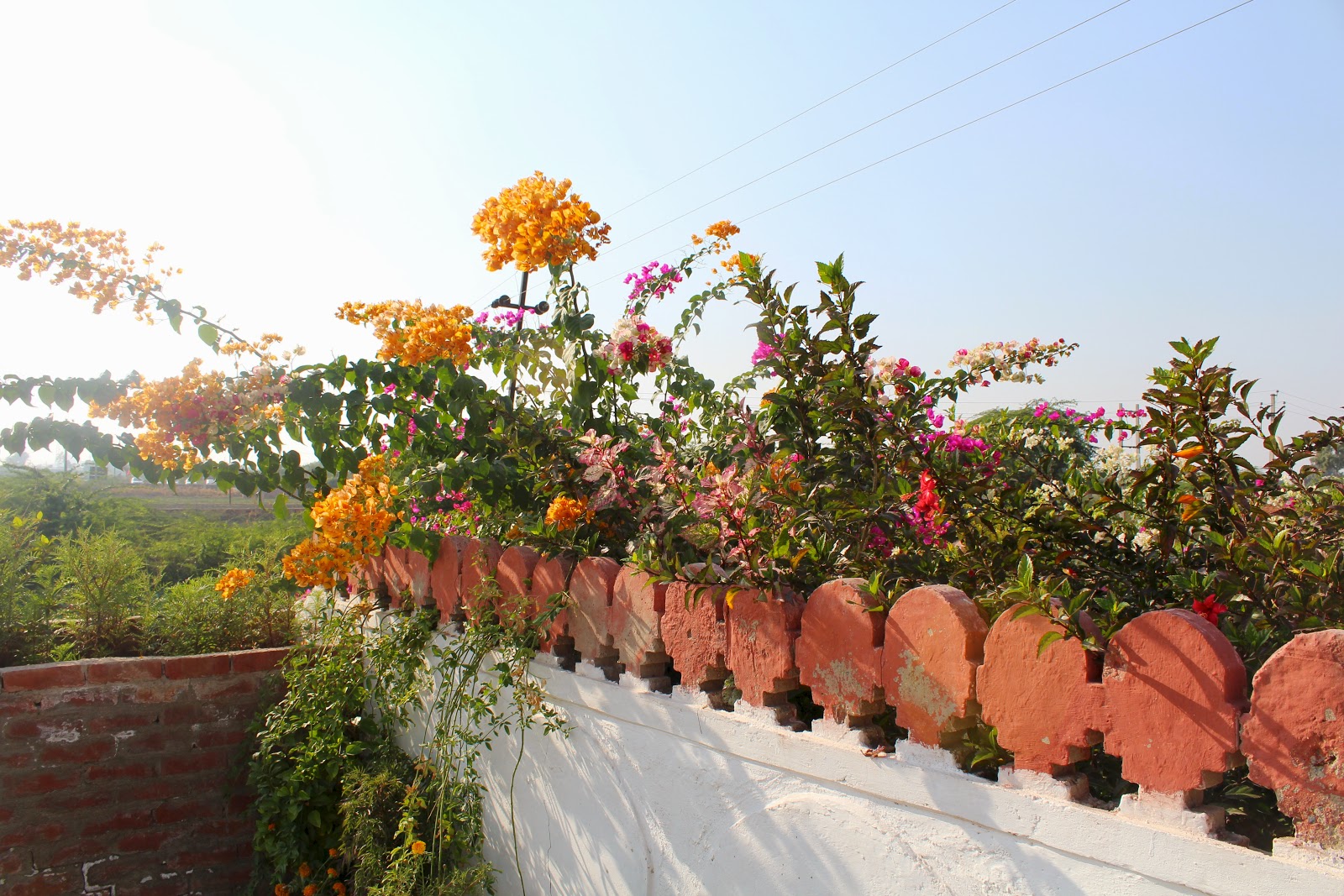 ^^ we continued along the road and started to see more
green and more lushness after lots of dryness. how
pretty are these roadside flowers? we stopped for
lunch at this pretty outdoor restaurant and enjoyed
the perfect weather. november is a good month here! 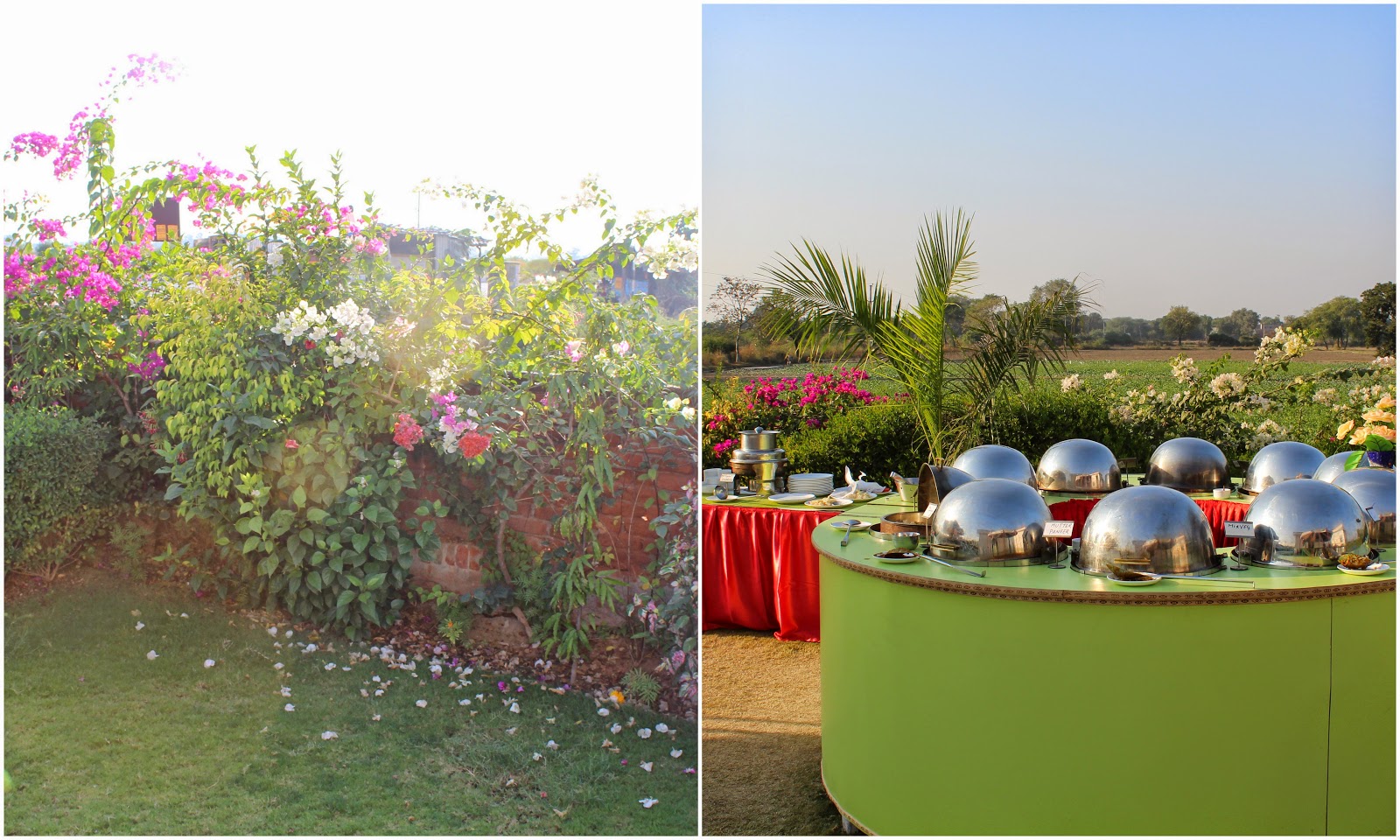 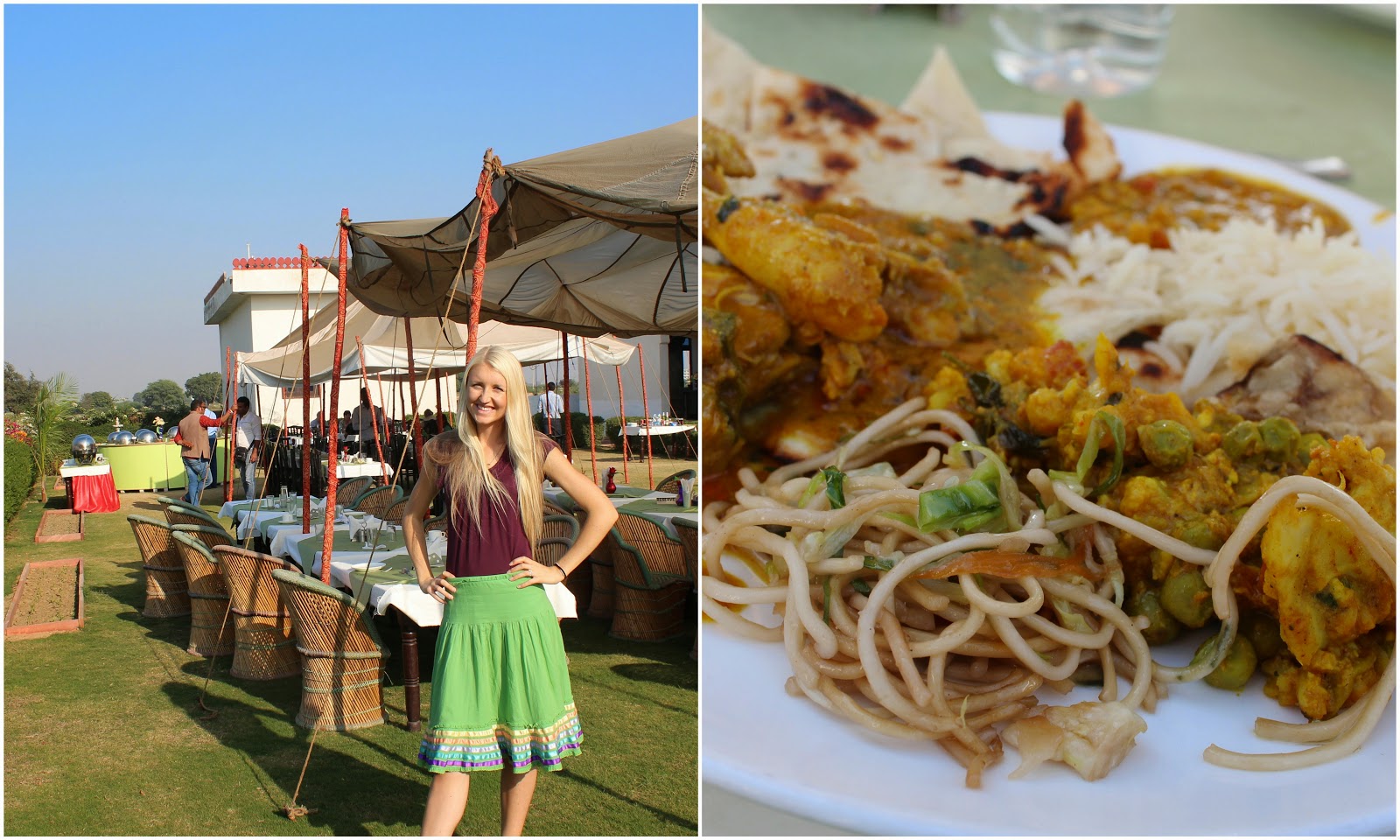 chase happened to open the guest book at this restaurant to
a page with some of our friends from home … the jowers
in salt lake city! we could not believe what a small world it is. 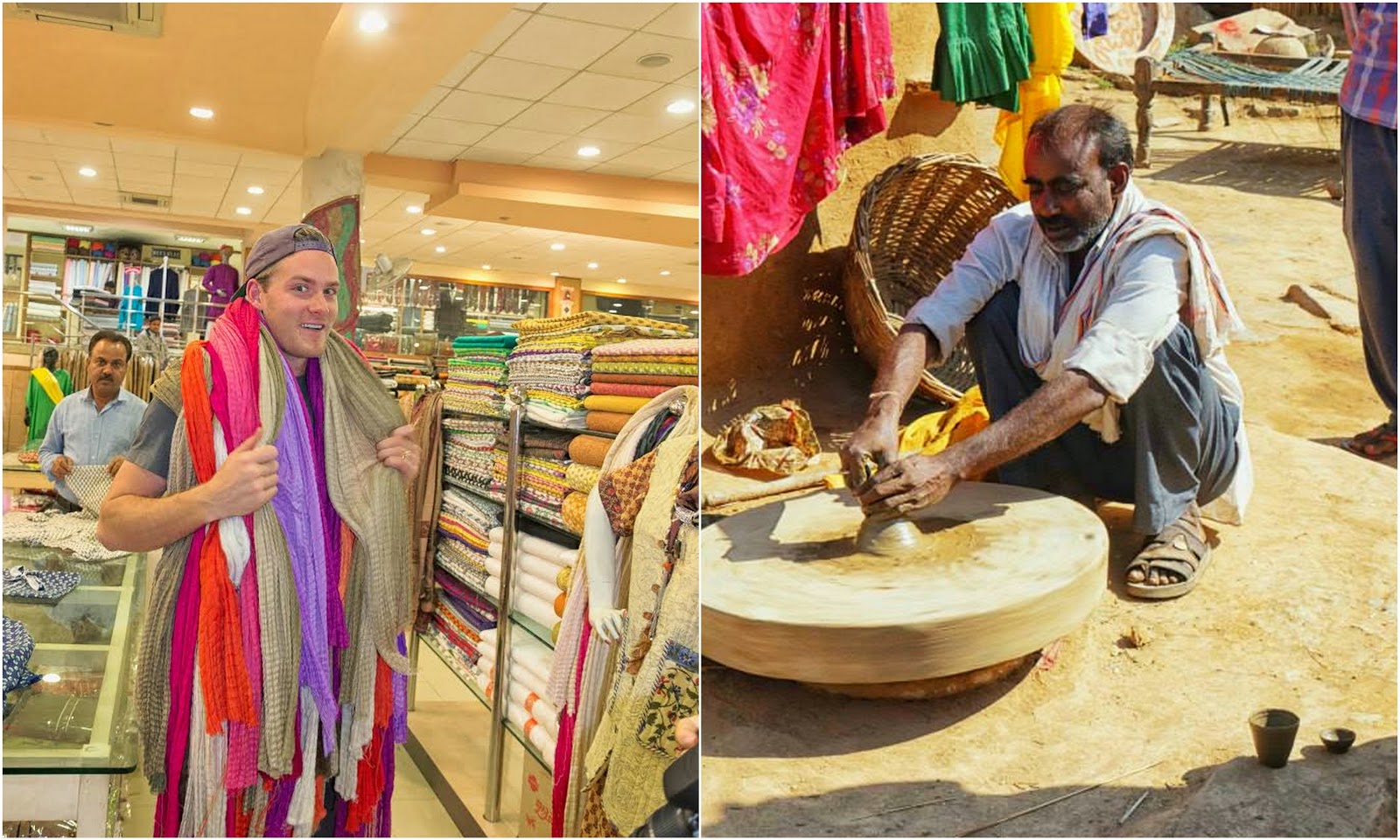 we stopped at a pashmina factory and chase decided
to try on 20 scarves while i shopped for gifts :) 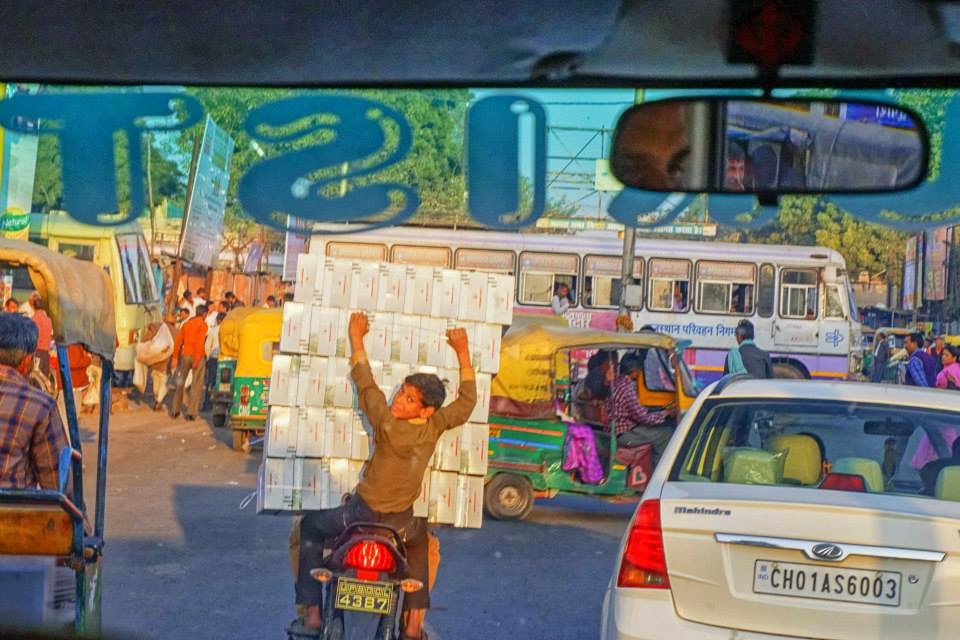 as we finally pulled into agra, we were back to the
insane streets including this cute little kid riding
on the back of a motorcycle and holding onto these
shoe boxes. he saw all of us taking pictures and
smiled back at us, probably thinking we were crazy —
while we thought he was crazy! those india roads… :) 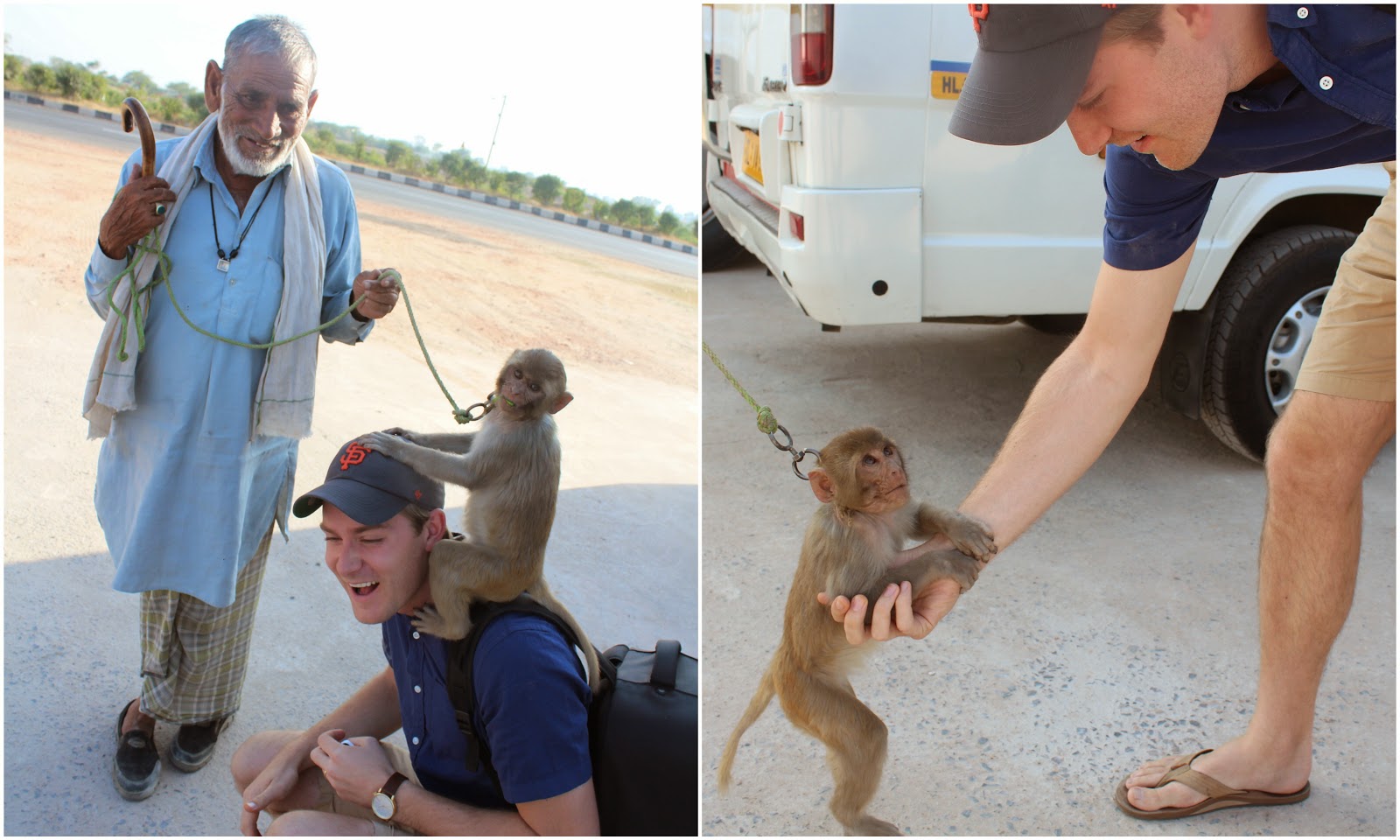 we played with this darling monkey friend on the
street for a while. i could NOT get over the monkeys. 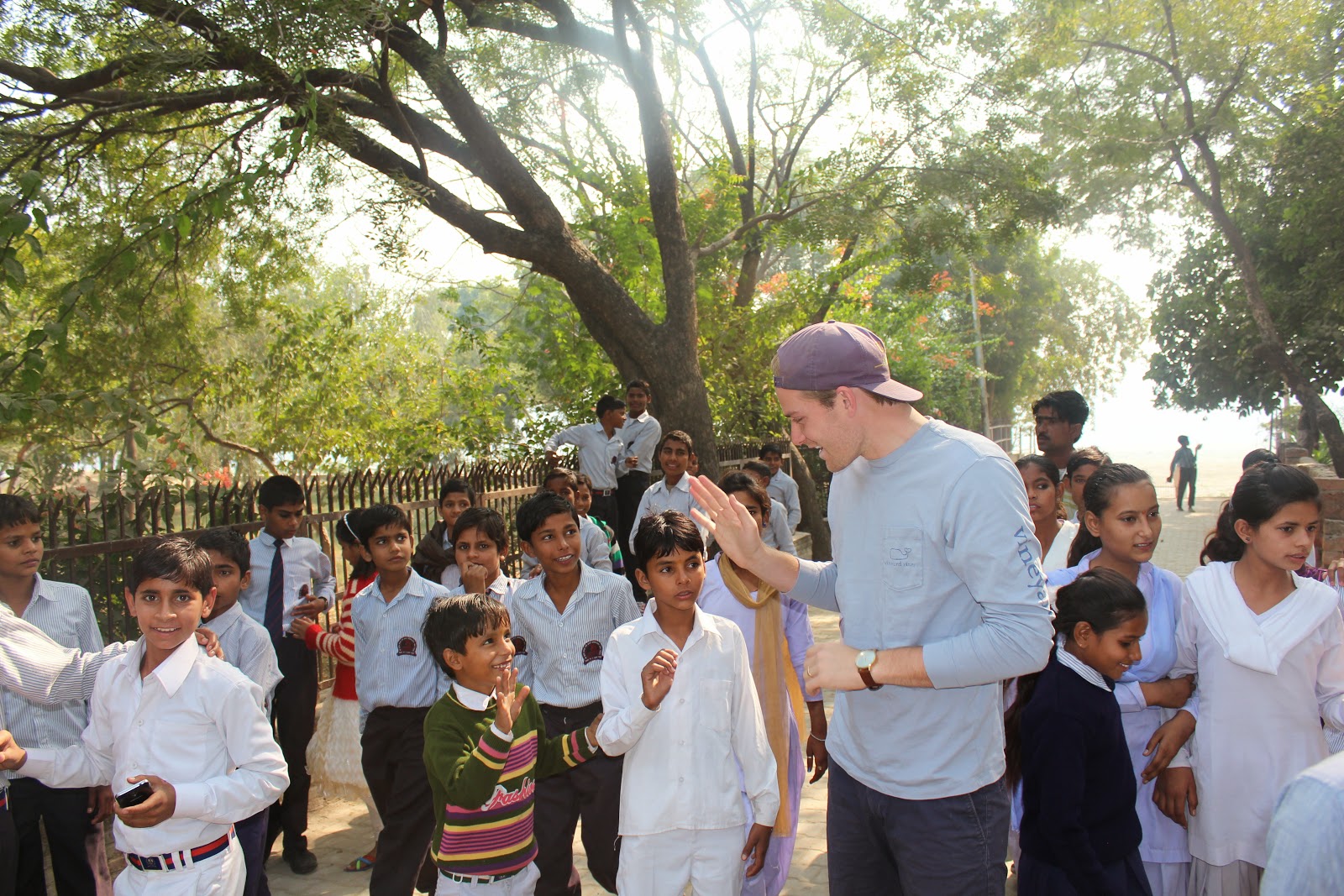 we also met and played with these cute kiddos and
handed out peanut butter to them since they don’t have
it there! they were confused by it but ended up loving it :)

^^ we checked into our hotel, the jaypee palace
which was our nicest hotel of the trip. it was
much appreciated after not feeling great and
staying in all different places. we loved it here. 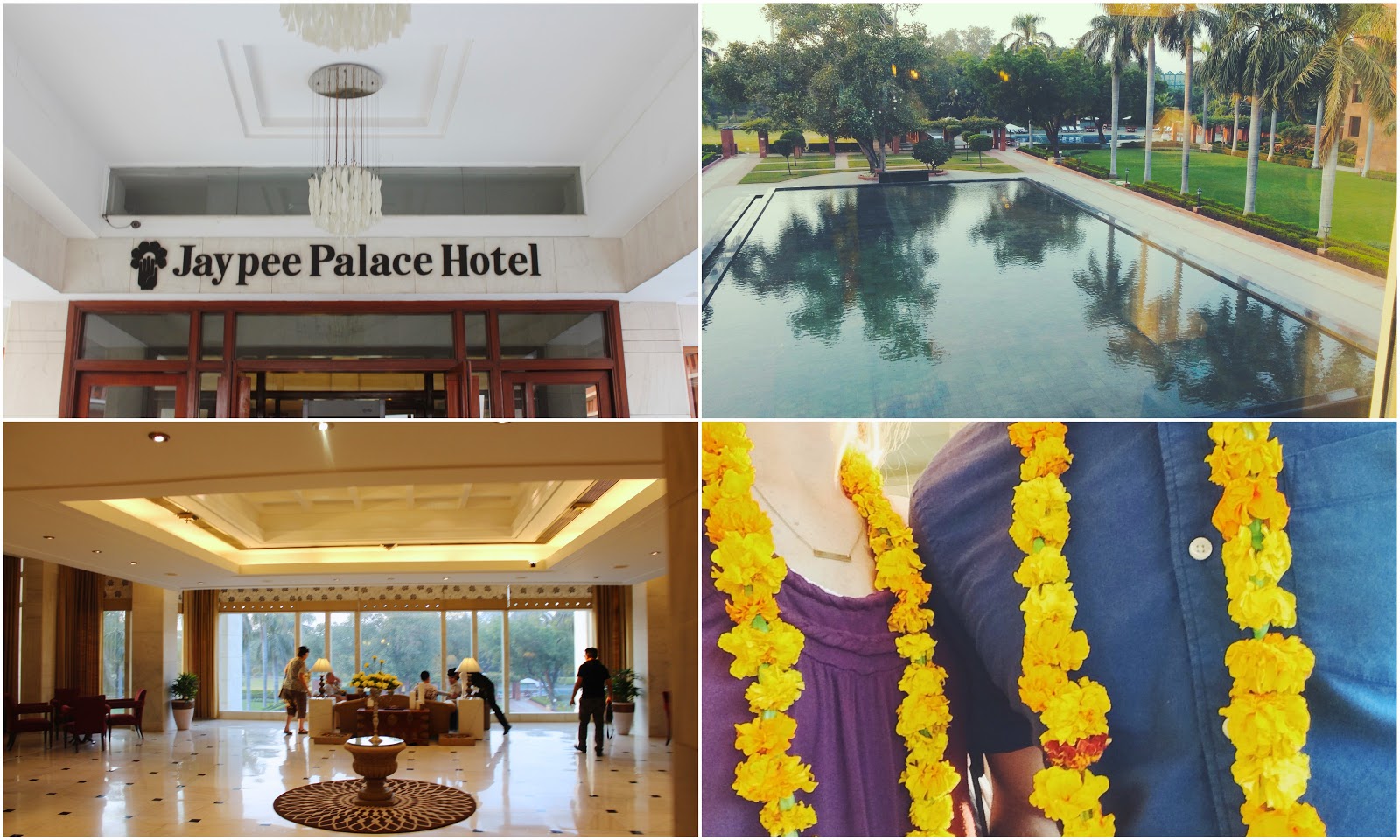 ^^ greeted with leis and these beautiful views.
it felt like hawaii in india and we got to relax
before visiting the the taj mahal the next day. 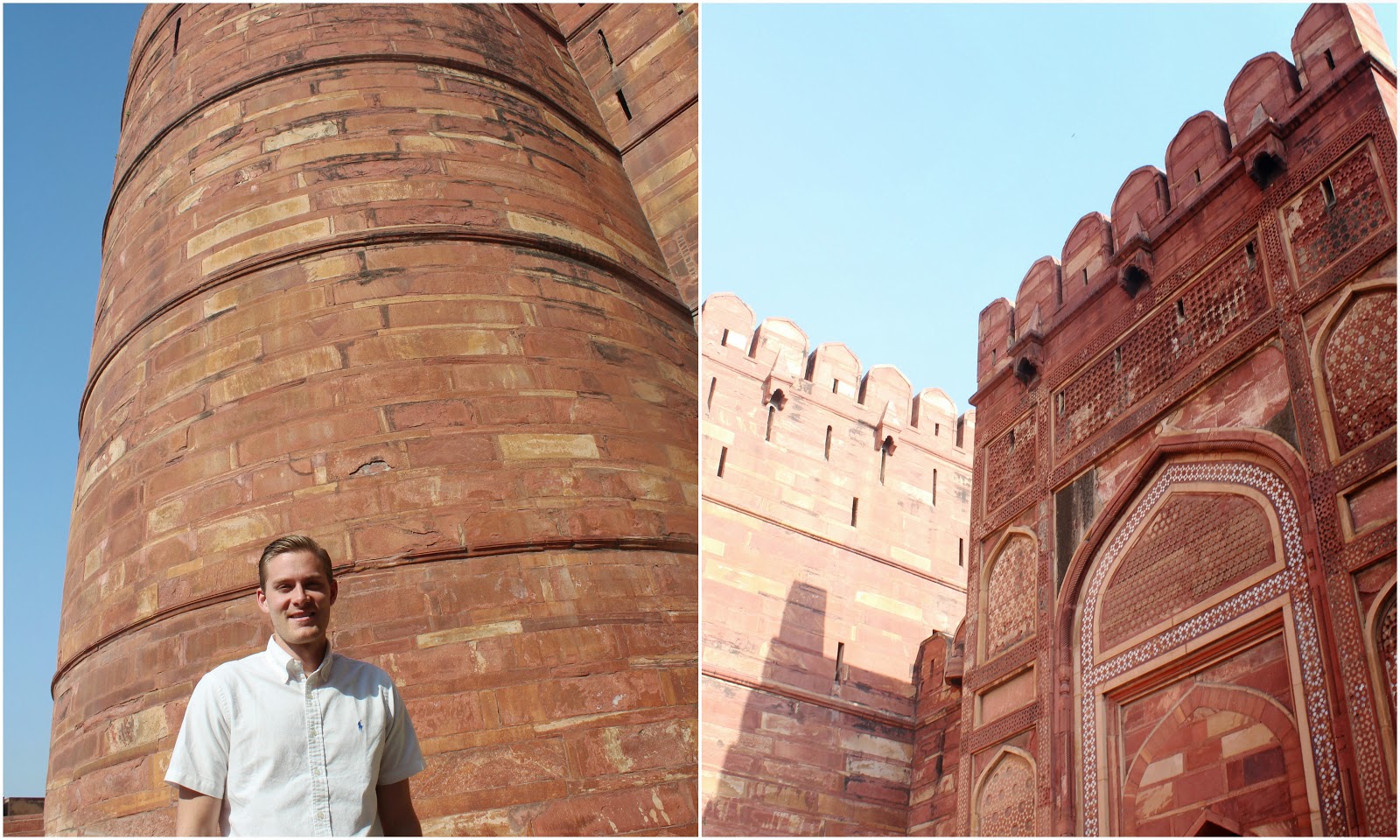 the day before the taj we paid a visit to the red sandstone
agra fort, which was built in 1565. the incredible maze of
courtyards, marble mosques & lavish private chambers
showed how the mughal empire lived. this was so pretty &
it’s considered part of the inspiration for the taj mahal. ^^ 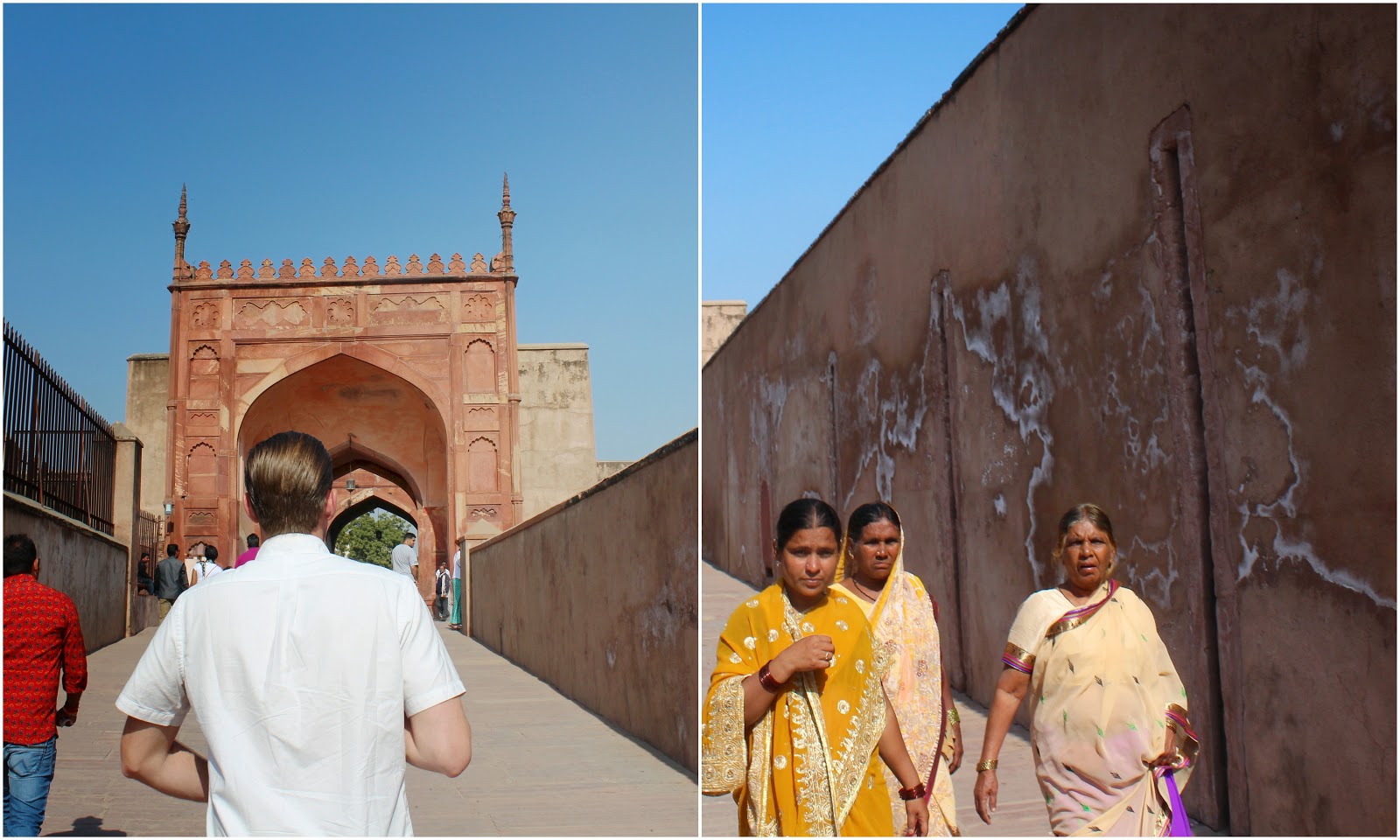 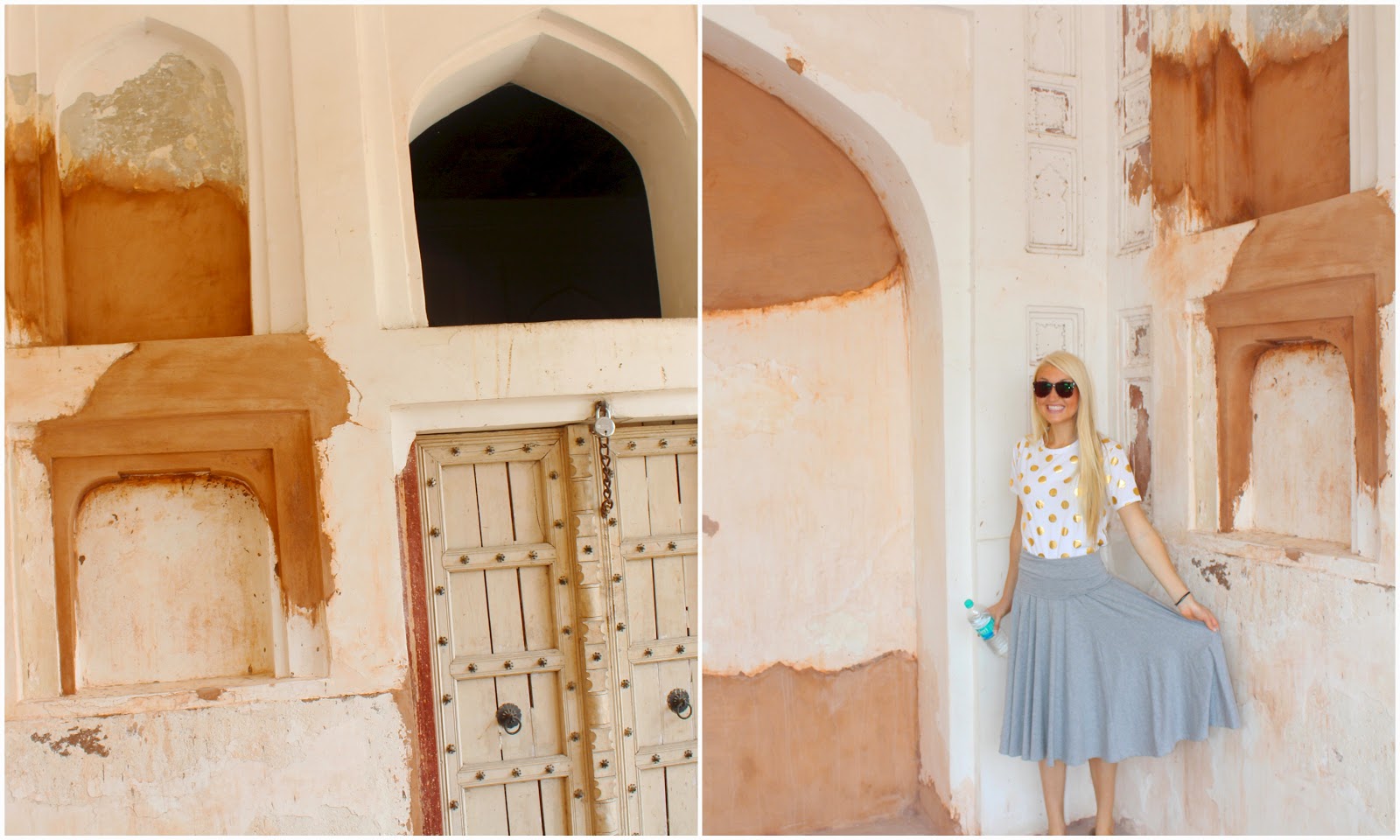 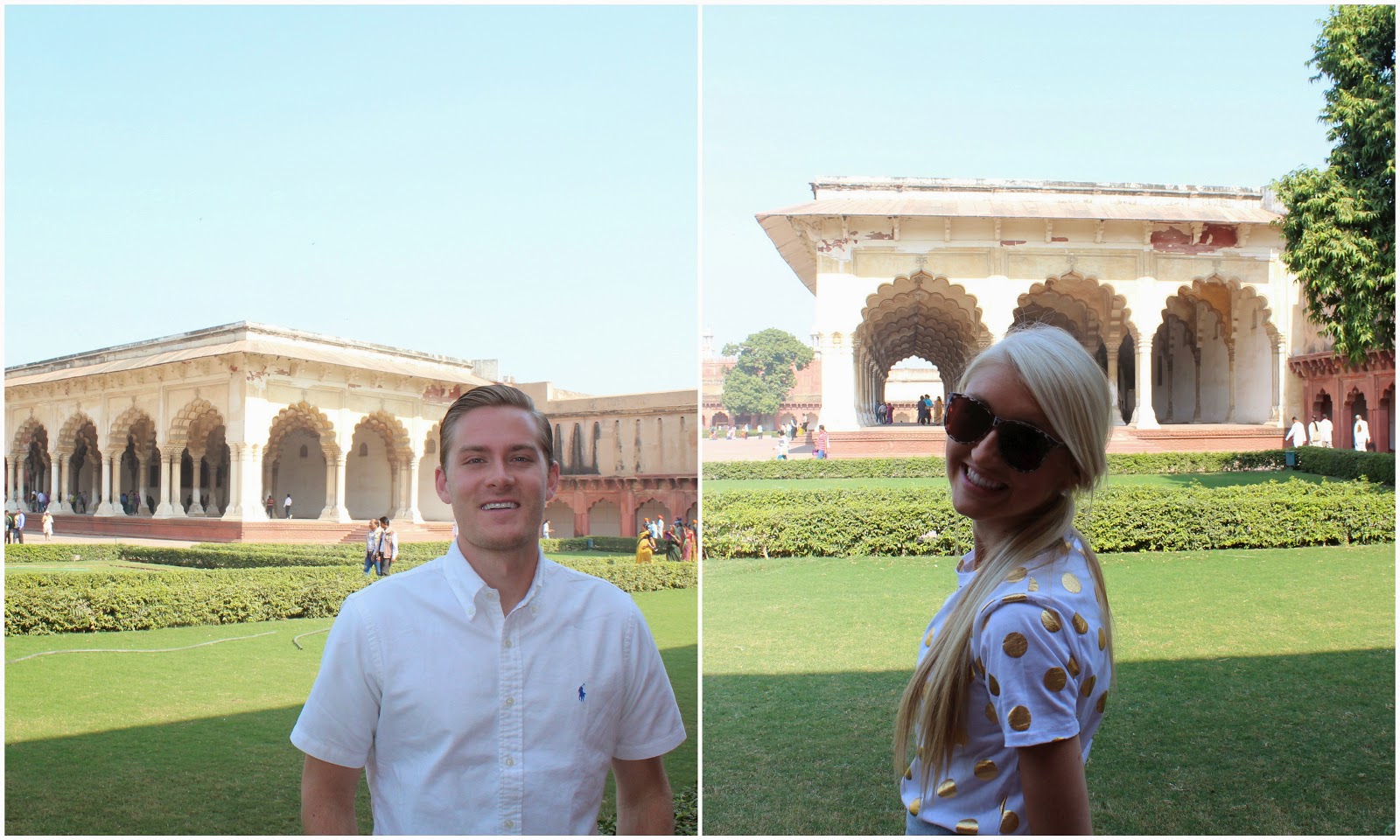 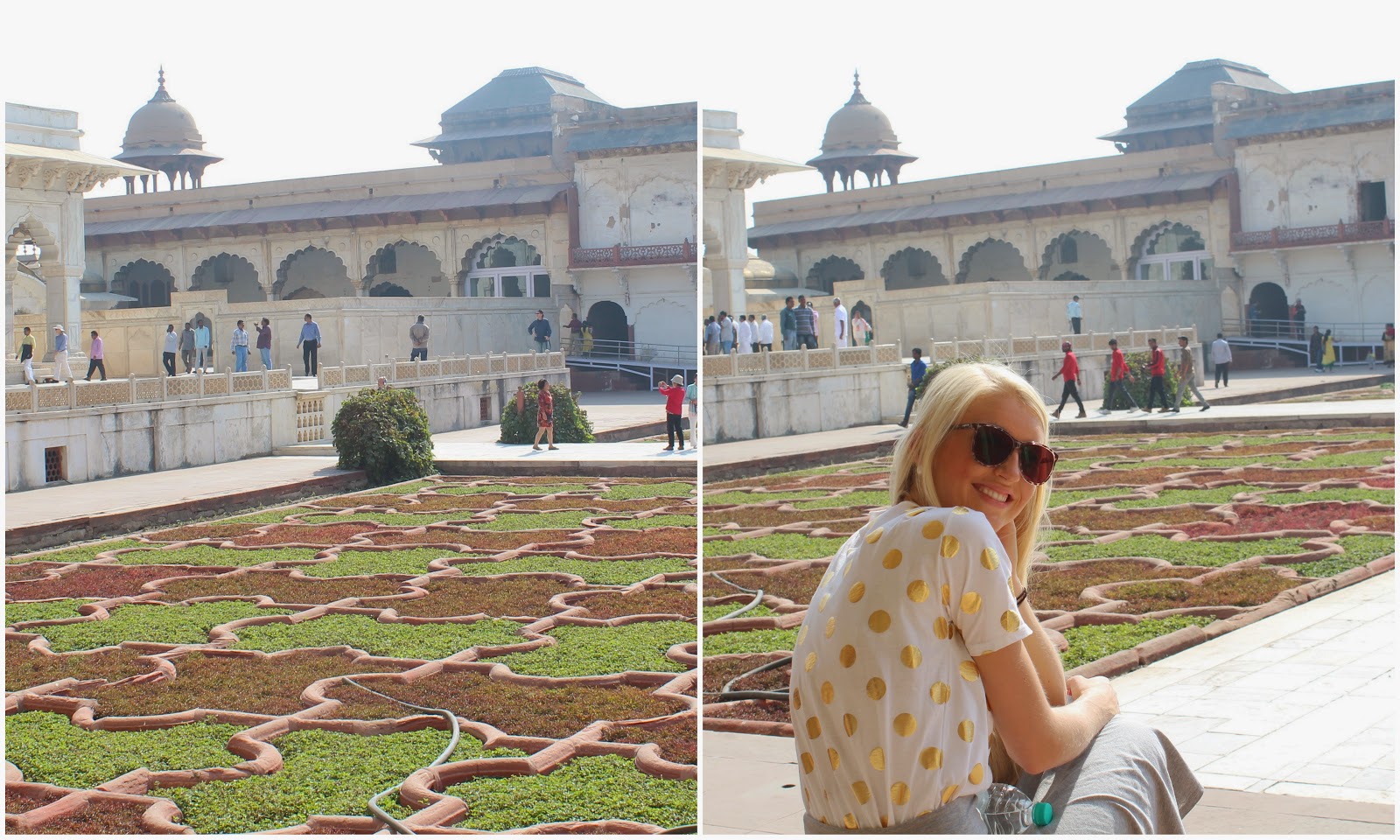 these gardens amazed us along with all of the grounds.
it was so interesting to see the depravity on the streets
and then go tour a major, opulent palace like this. that
sums up india right there, overwhelming contrast. ^^

monkeys holding their babies … killed me. 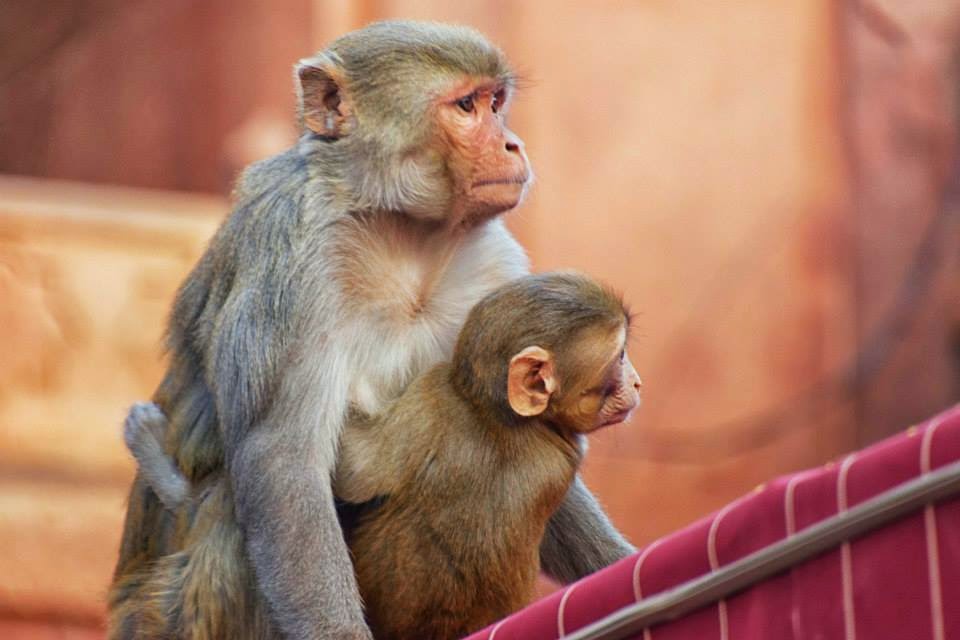 what could be cuter??? 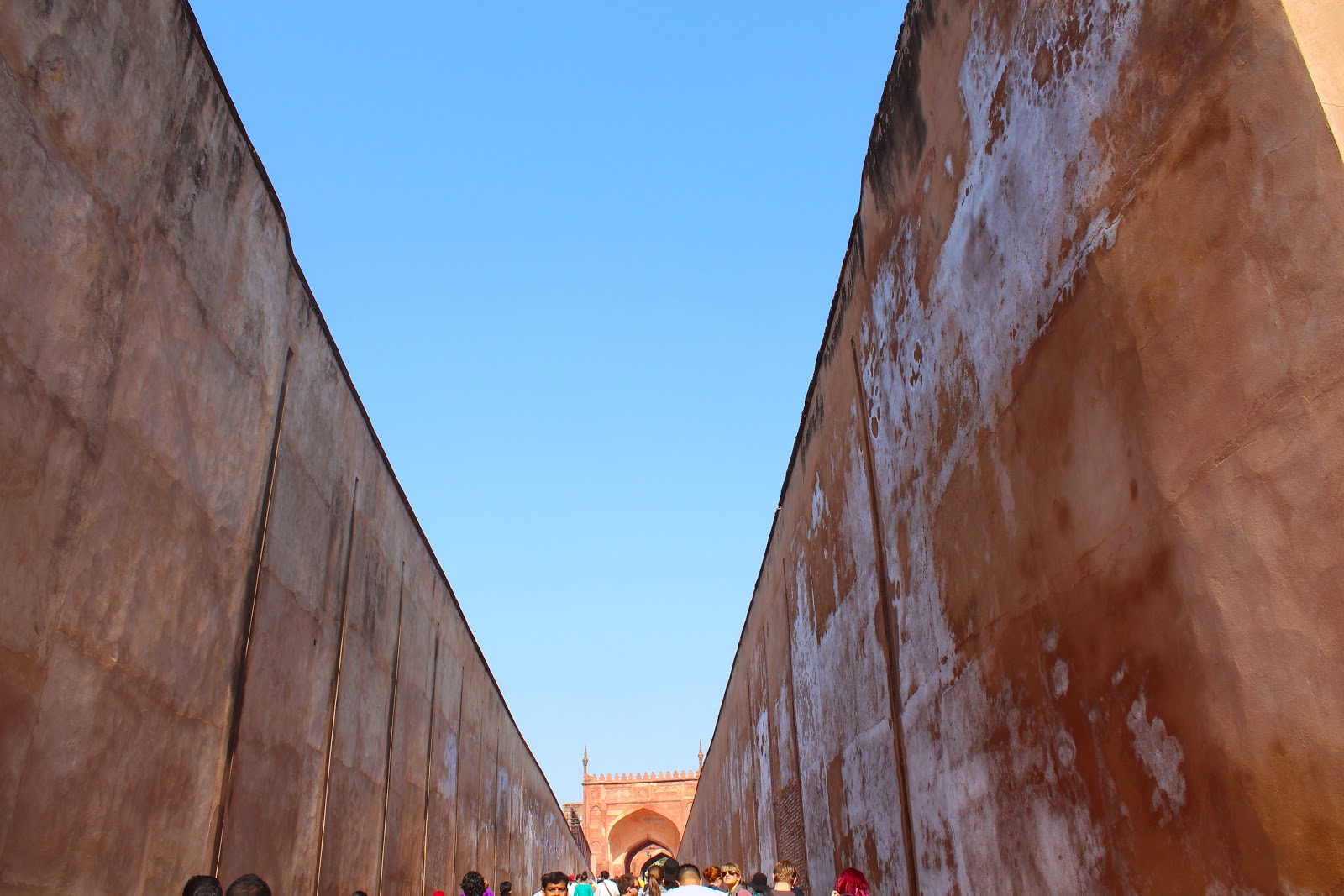 ^^ high walls that protected the fort from intruders 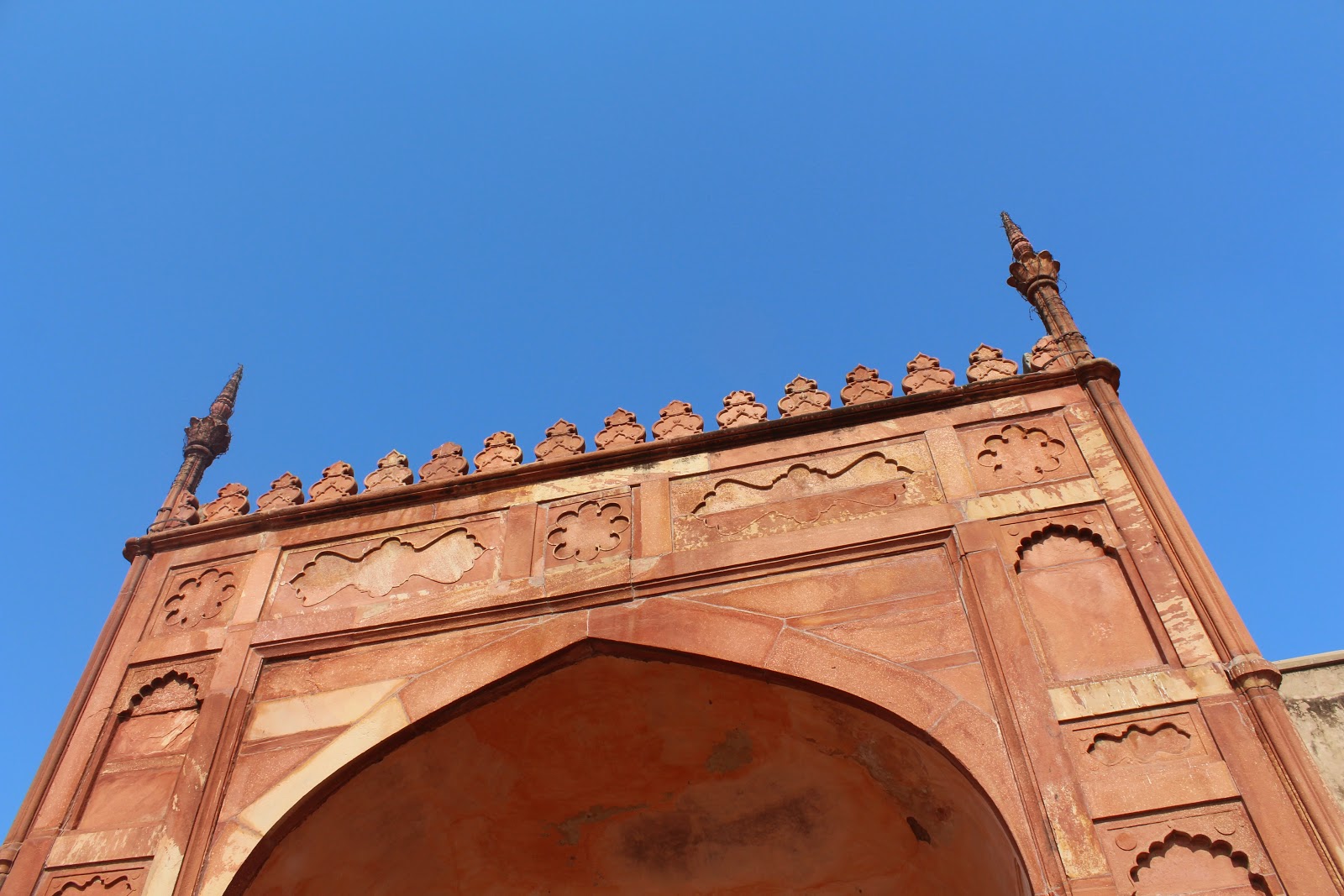 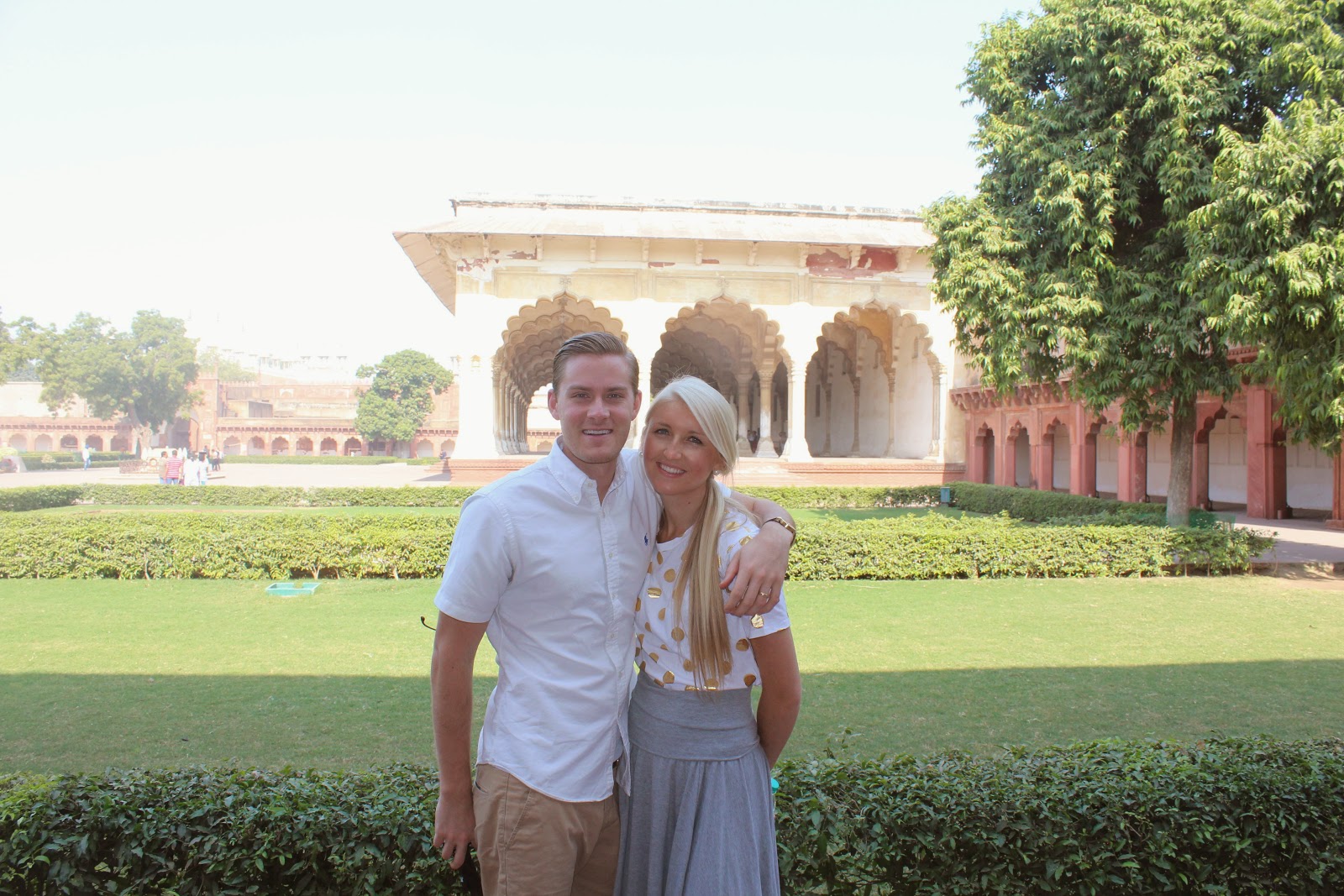 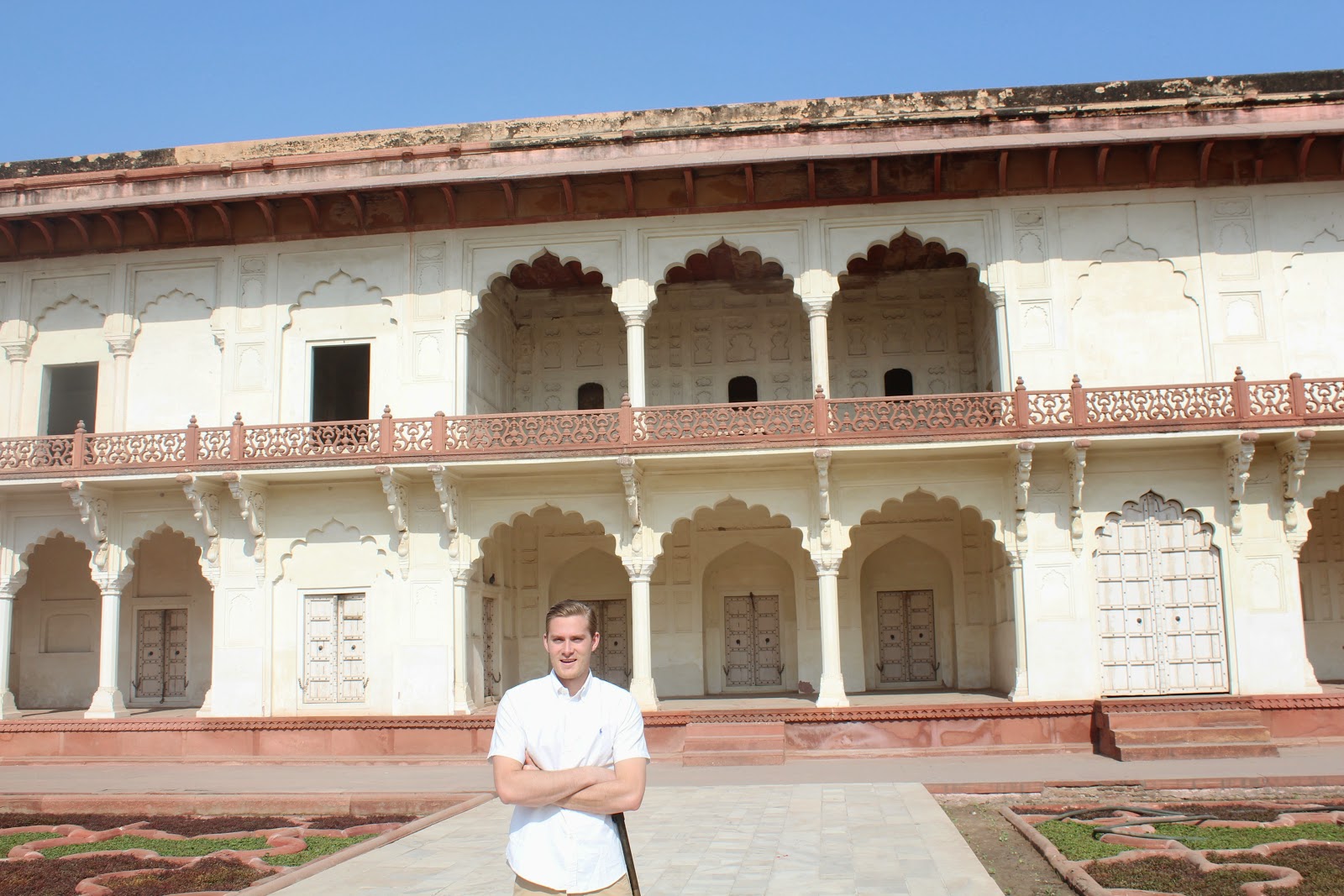 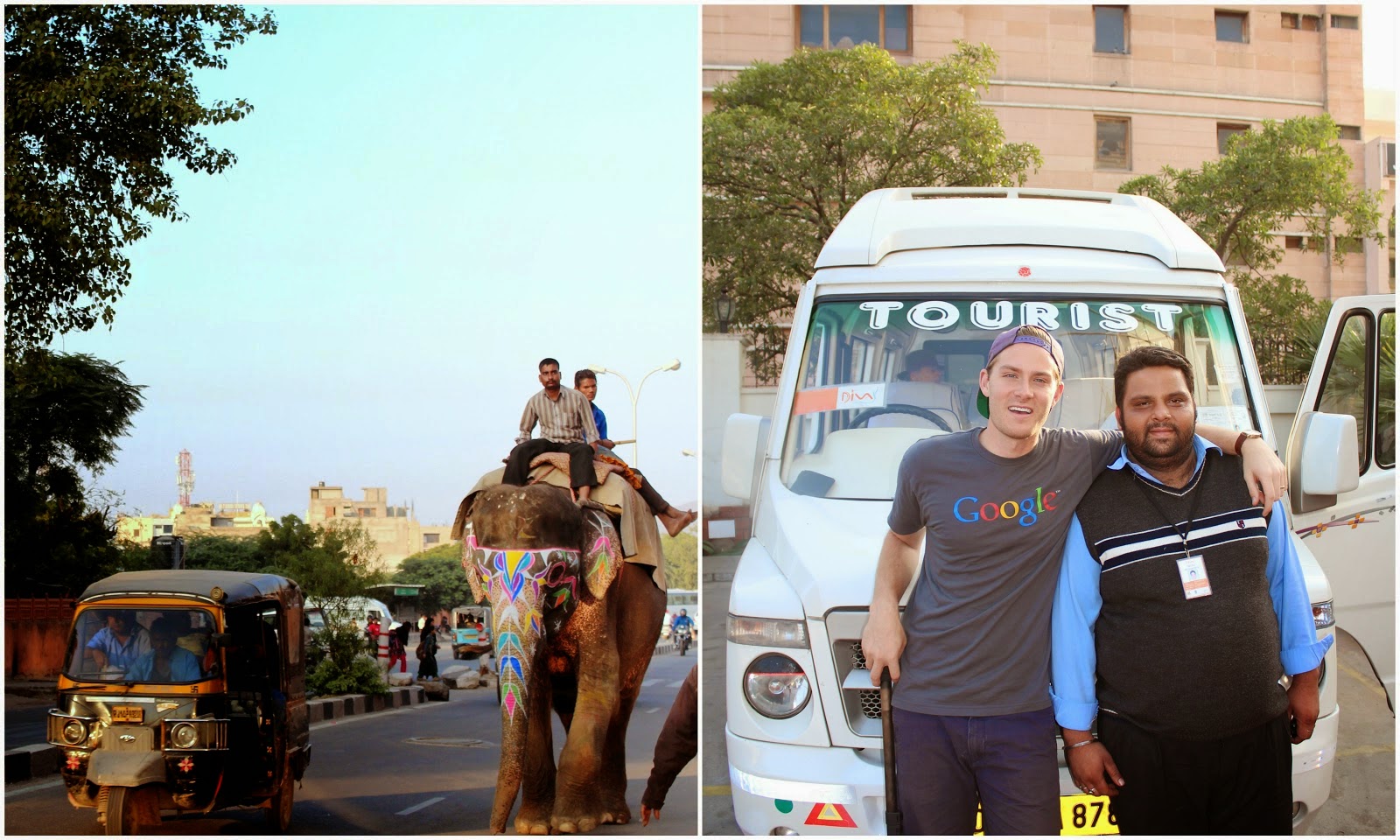 we had a long day of driving to and around agra,
but luckily our driver mani kept us safe on those
crazy roads! more details about the group we
booked with are coming. please look at this elephant
casually walking right on the street with cars! ^^ 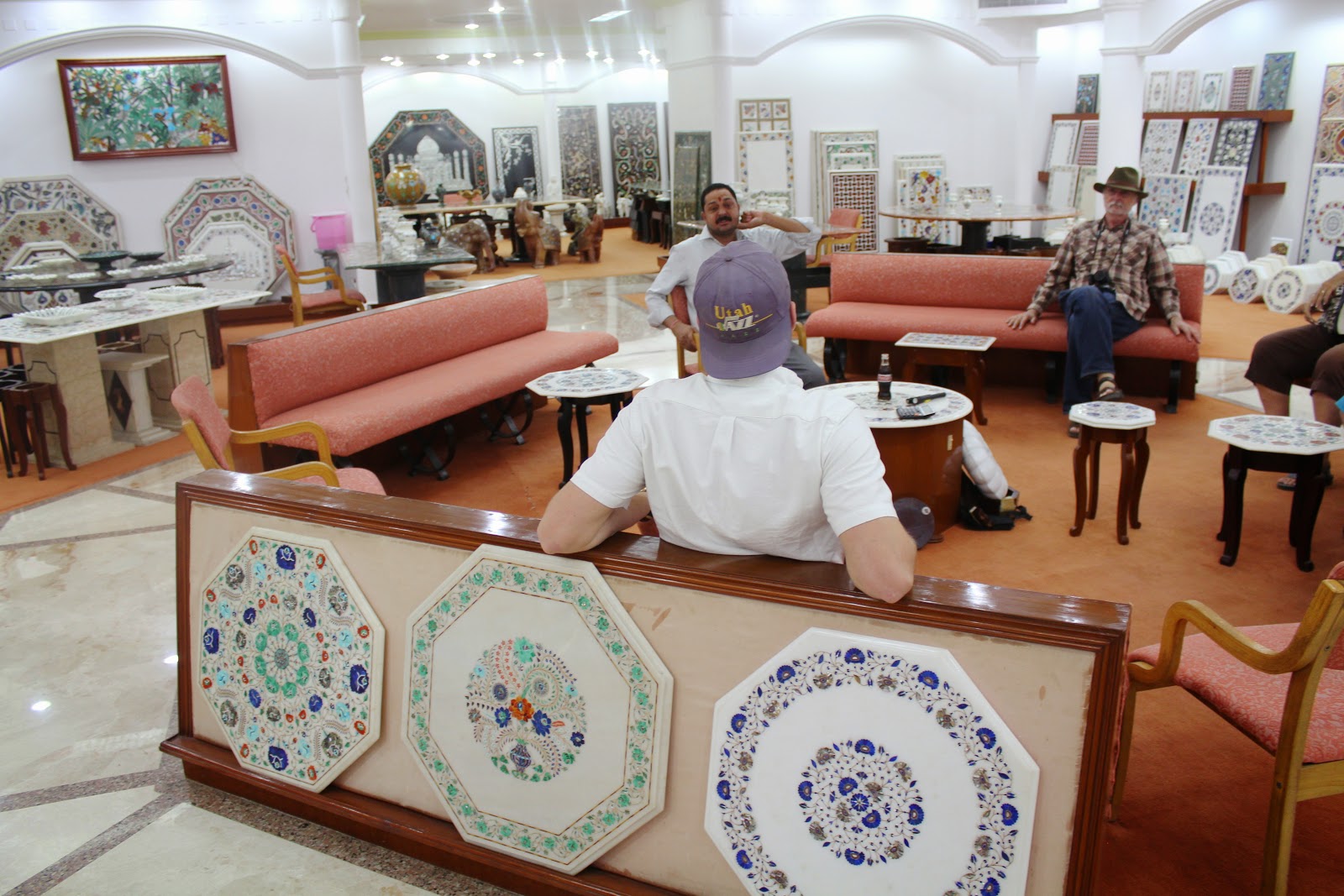 we toured a tile factory and were again baffled by
the level of art and craftmanship in india. i love the
level of culture and tradition that comes through. 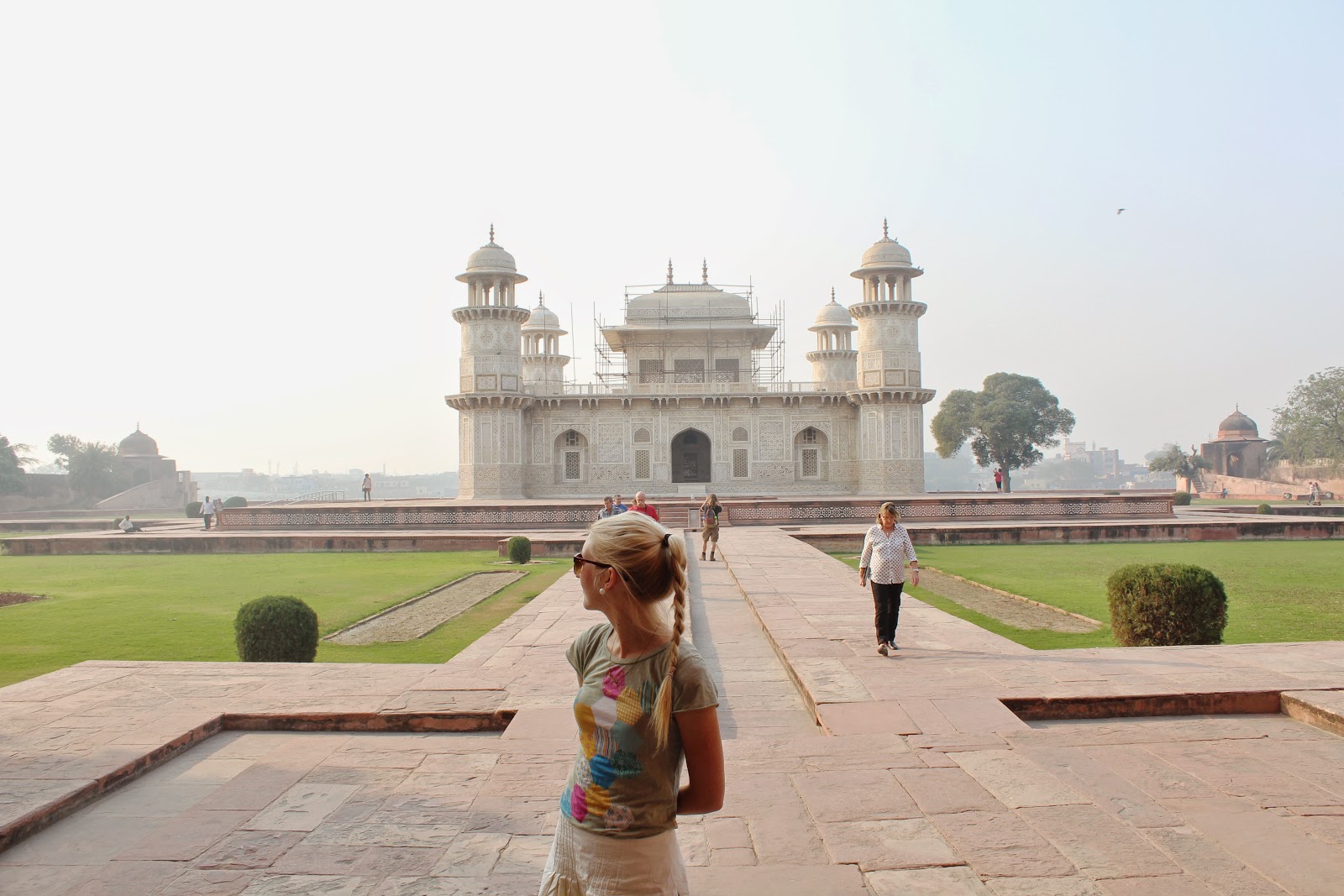 ^^ we also saw the “mini taj mahal” a monument
that provided lots of inspiration for the real thing. 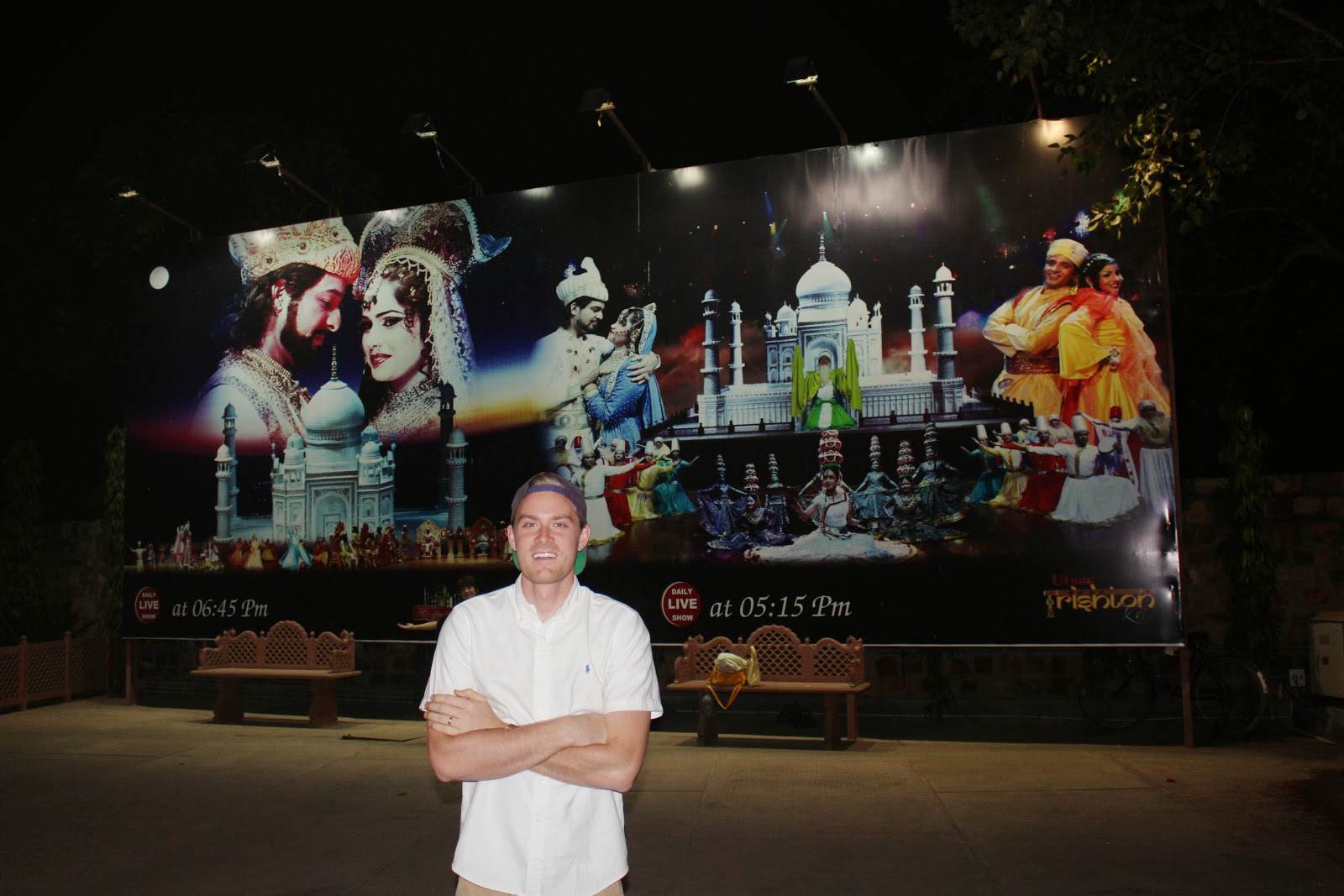 we ended the night at a bollywood performance,
something i really wanted to see while in india. 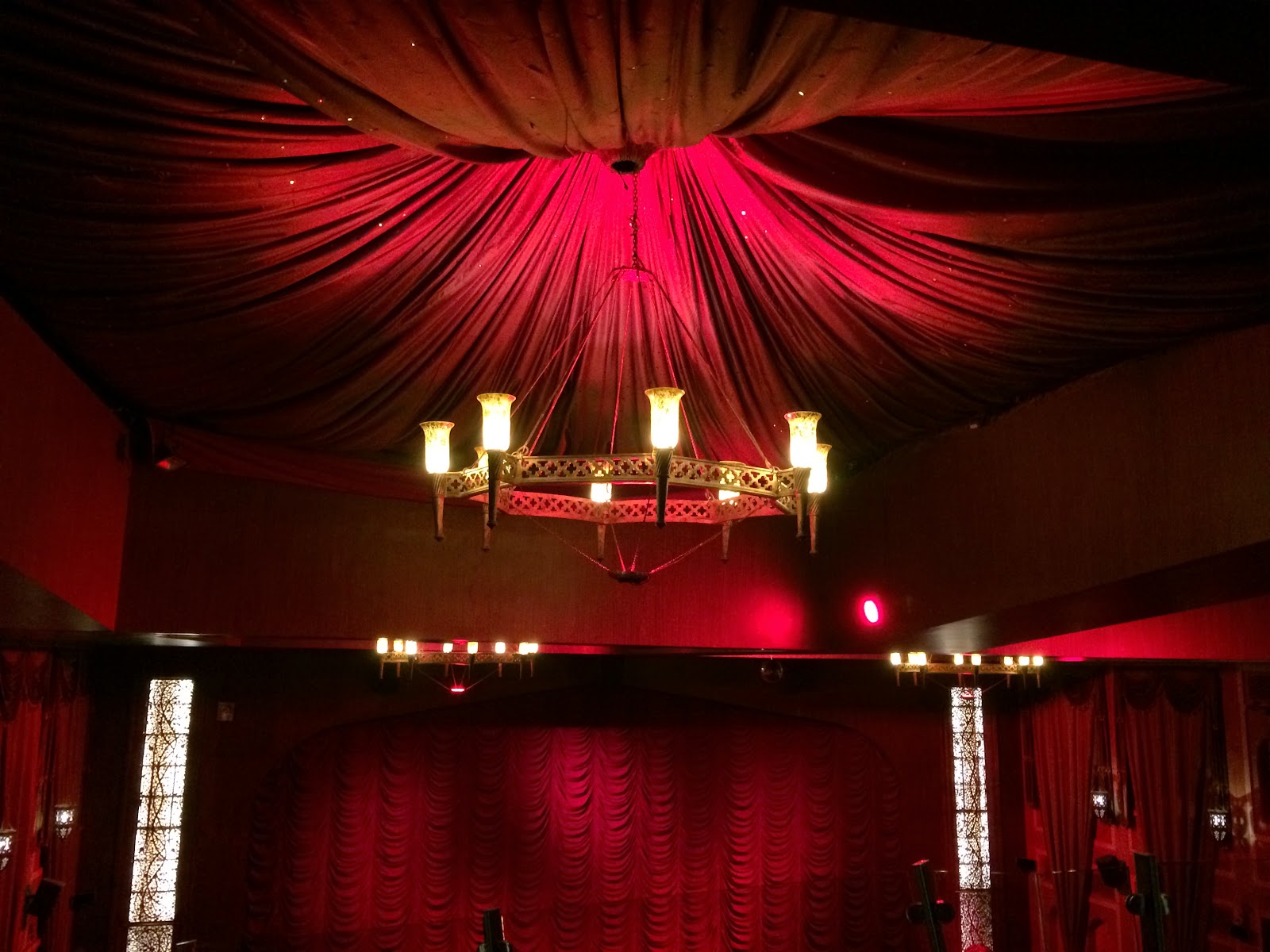 it was fun to see this piece of indian culture, and
the performance was about the building of the
taj mahal so it was very fitting to see that night. 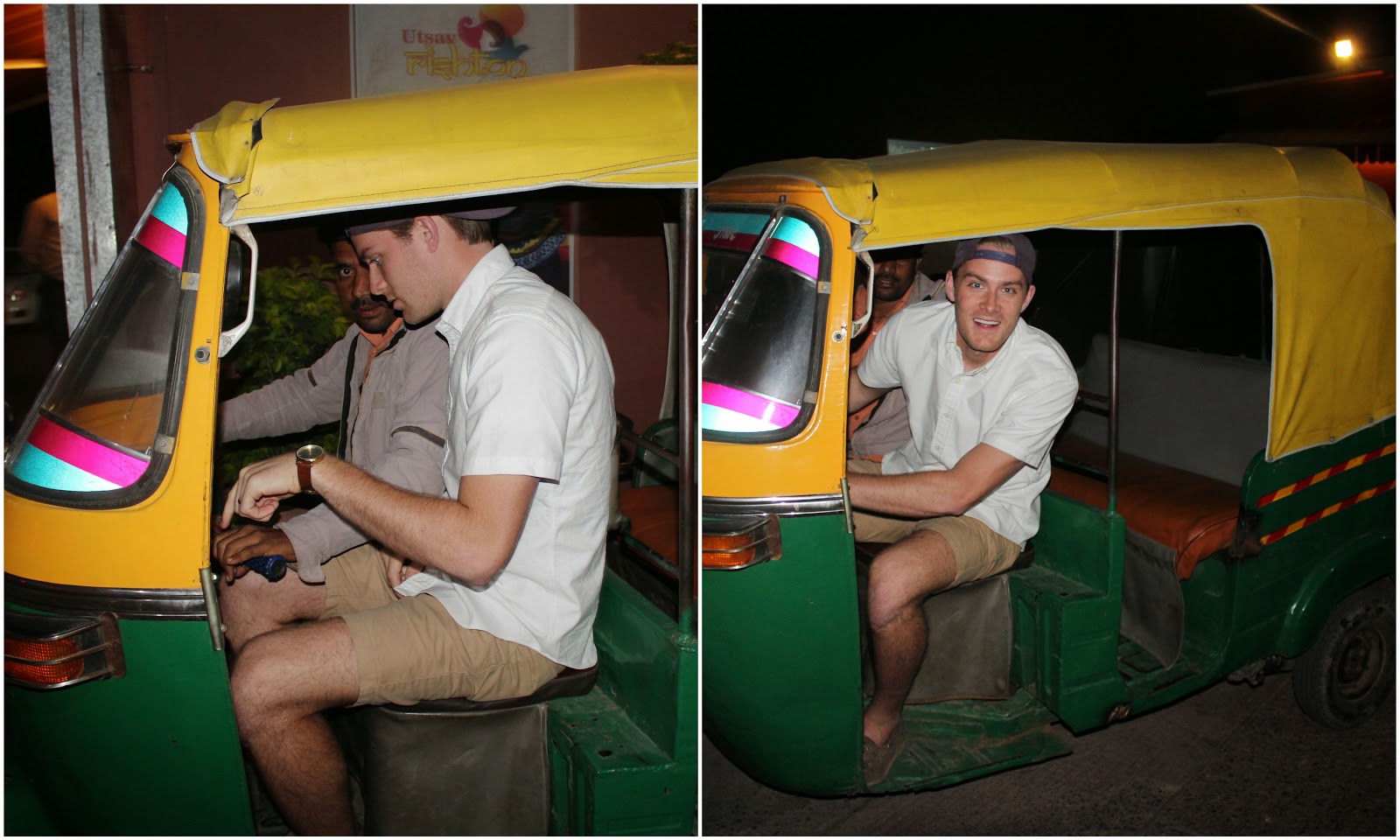 and let’s not forget that chase talked a tuk-tuk driver
into letting him have a turn at the wheel … after a
few stalls he got it and was circling all around the
parking lot and making everyone laugh..as always.
the LAST post from india to come — the taj mahal!
…and our video. thanks for coming along!
xo
Author: emi
Filed Under: 2014, adventure, asia, husband, india, memories, travel, vacation
elephant ride to amber fort
the taj mahal : one of the wonders of the world