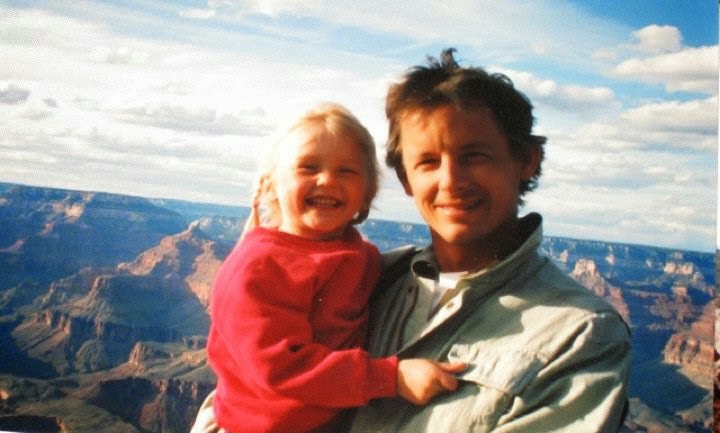 20 years ago today on august 14th, 1994,
i woke up as a 4 year old not knowing that
i would almost lose my dad that day.
on this day he was attacked and mauled by a grizzly bear
in the tetons, our favorite summer vacation spot. he was
out trail running to train for the boston marathon, and he
suddenly heard something behind him — he turned just
in time to see a giant grizzly bear charging him. they
collided, and the impact knocked my dad 10 feet off
the trail. he was then attacked all over his body by
the bear, being bit, clawed, and twisted around. the
bear took out his sartorius muscle in his leg, created
major wounds all over his body, and clawed open his
face all the way to his ear. i could go into more detail,
but i’ll spare you. he definitely thought he wasn’t
going to make it. he tells us that he thought of
all of us, about his life, about how his body might
be found here on this trail…and then he thought
to say a prayer. in the moment after his prayer,
he had the distinct impression to play dead.
that is what he did. he tried to breathe, slow
his pulse, and relax so the bear thought his
job was finished. after about a minute, the
bear stopped the mauling … stood up on his
hind legs, looked around as though being
distracted by something, and took off.
my dad was then stranded in the wilderness
on this trail at 6:00 am with no one around.
he had no choice but to drag himself about
a mile — almost bleeding to death — until he
reached a clearing. as he lay there, he looked
up and saw some wildlife photographers high
up on a ridge. he tried to scream out, but was
so weak that no sound came out. luckily they
saw him and cautiously made their way down. 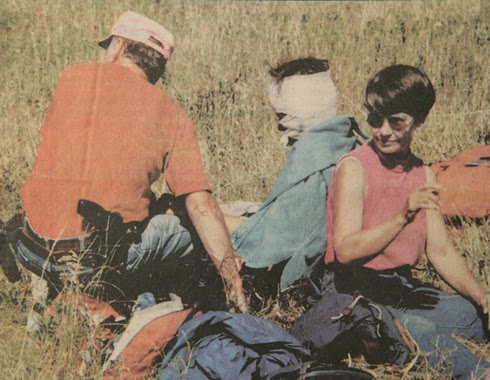 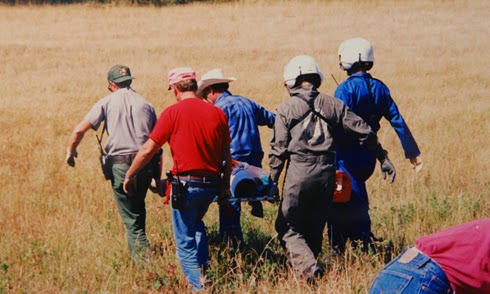 these people are some of my heroes, because
they saved my dad! they quickly took their shirts
off and ripped them up into tourniquets to stop some
of the bleeding. they helped keep him warm as he
was going into shock. then, one of the bravest
guys in this world went back in the direction the
bear had been to get help. he reached a ranger’s
station, and a life flight backcountry helicopter
was flown in to rescue him. he made it to the
hospital, which was one of hundreds of miracles. 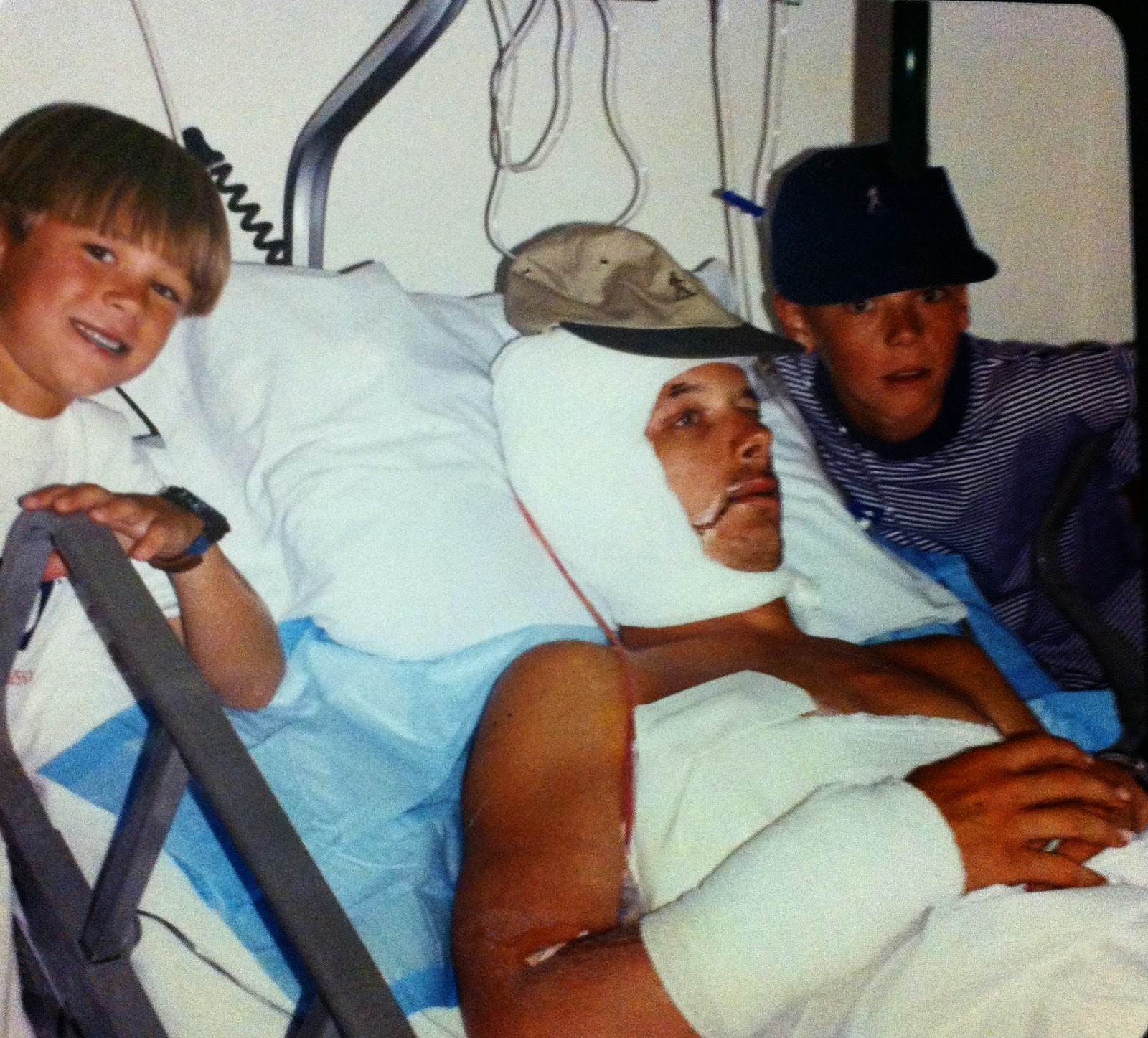 after hundreds of stitches, surgeries, discoveries
that some of the injuries had been within centimeters
of major arteries, and a pair of oakley sunglasses
saving his life, he recovered, was able to come home,
continue recovering, and qualify for the boston
marathon the next year. yes, i’m serious. 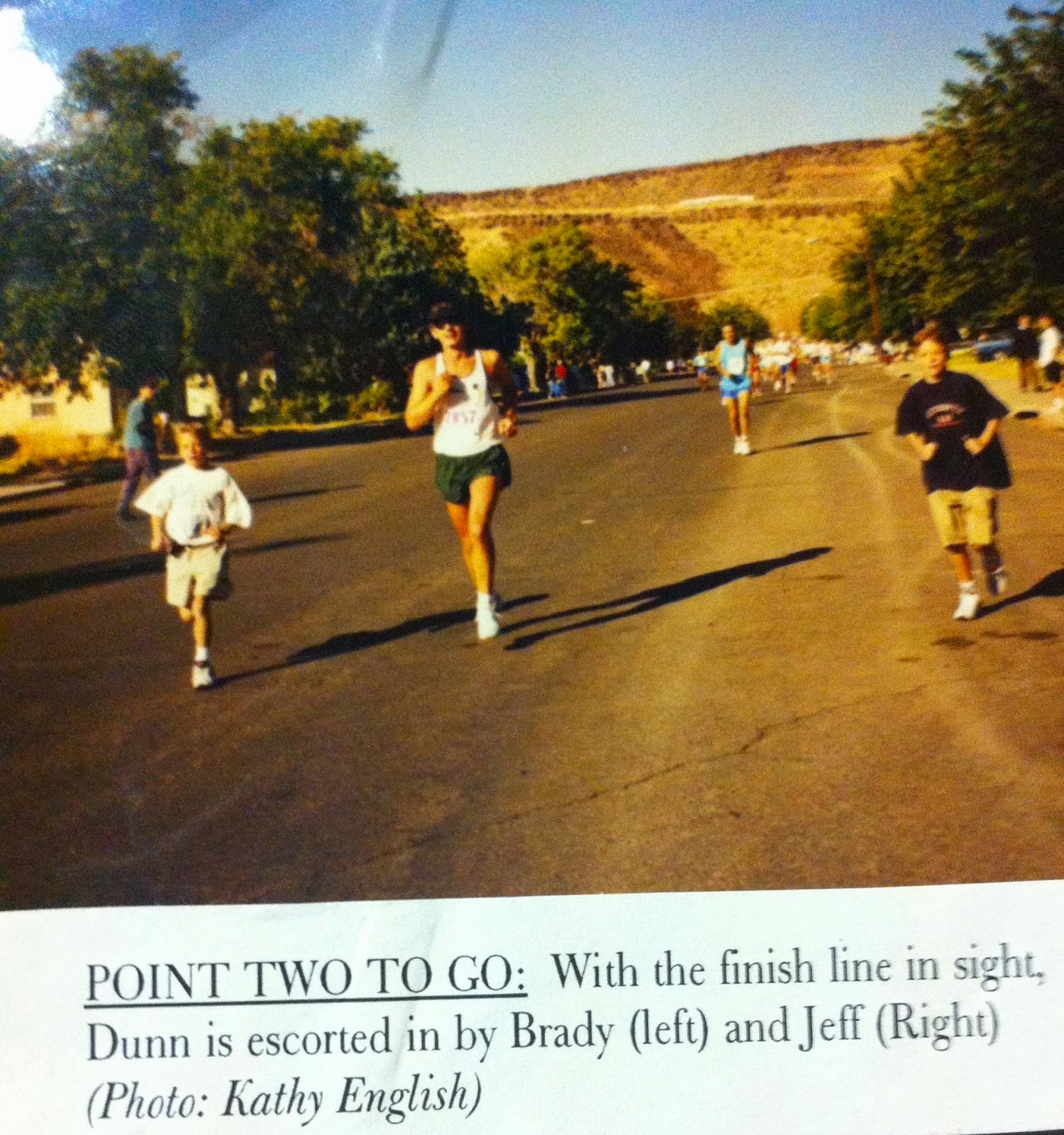 this is a very short version of the story missing
many details, so i’ll have to record him telling it
next time …. or send you all a copy of bears & prayers. 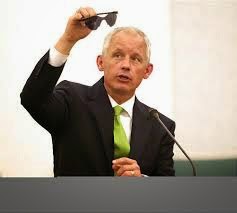 ( there are lots more where those came from :)
he was also on talk shows, and our entire
family was on the reality show “got home alive”
in an episode featuring his miraculous story. 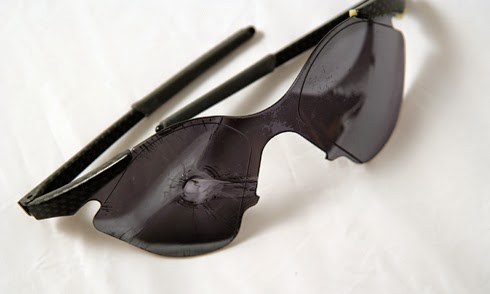 ^^ his famous oakley sunglasses with the
bear claw mark that hit him in the eye.
those oakleys were so strong that it stopped
the claw from going through his eye, into
his brain and killing him. we love oakley
products in our family ever since! :) 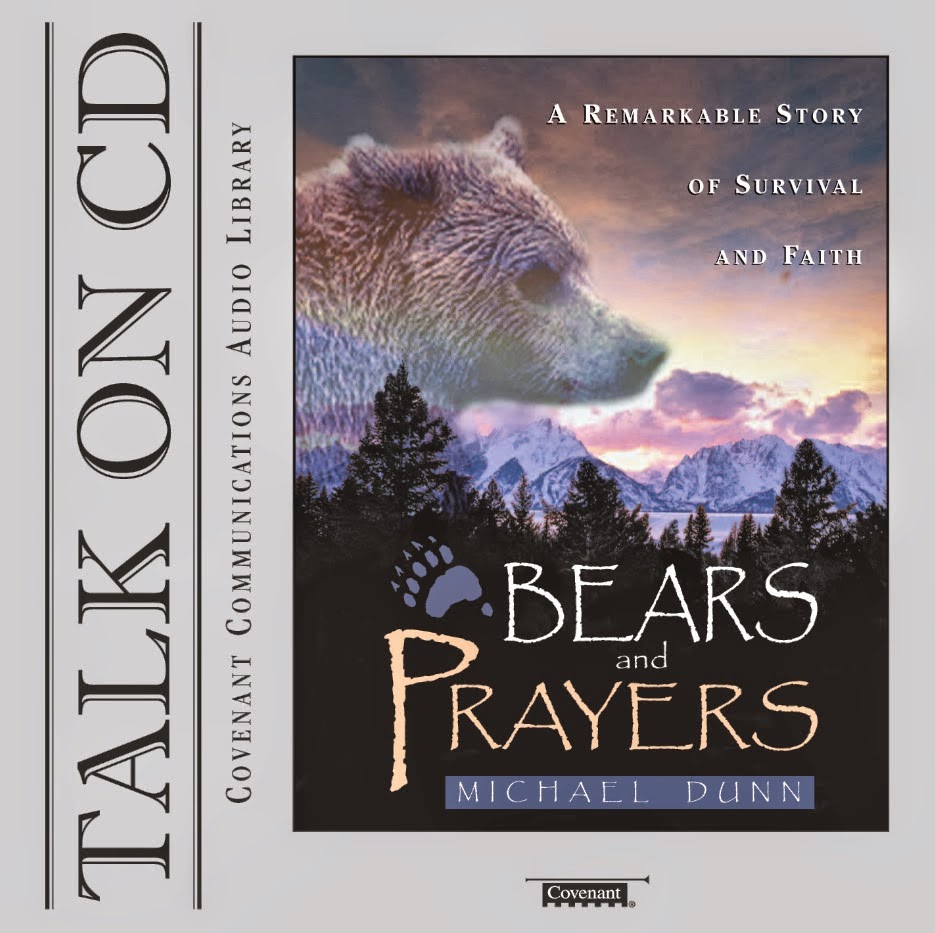 he also has a book on tape here. 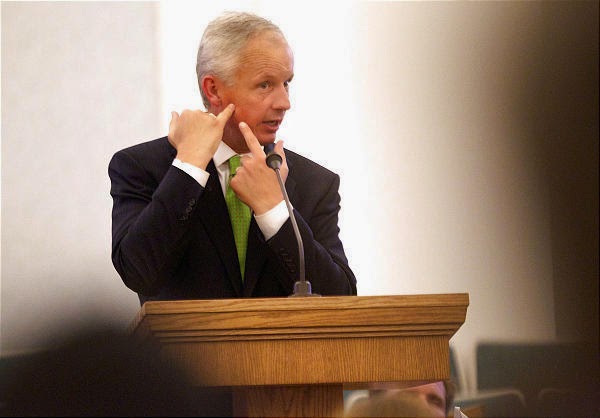 he has spoken all over the world about this,
at countless firesides and conferences for our
church, at company meetings, and every single
bear talk i’ve been to — people are on the edge
of their seats. it is an amazing story that he tells
so well – with humor, detail, and gratitude. 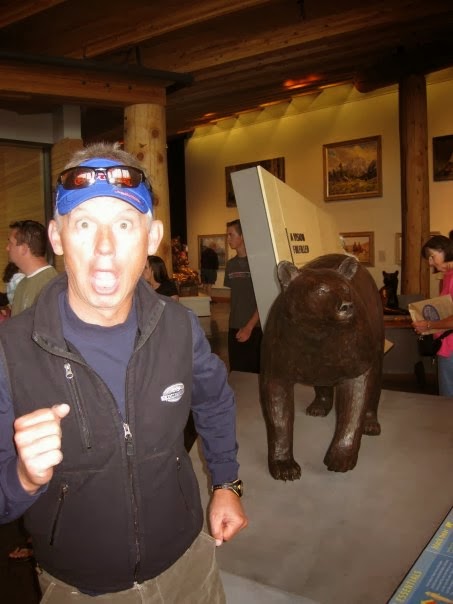 ^^ has a sense of humor about it,
all these years later 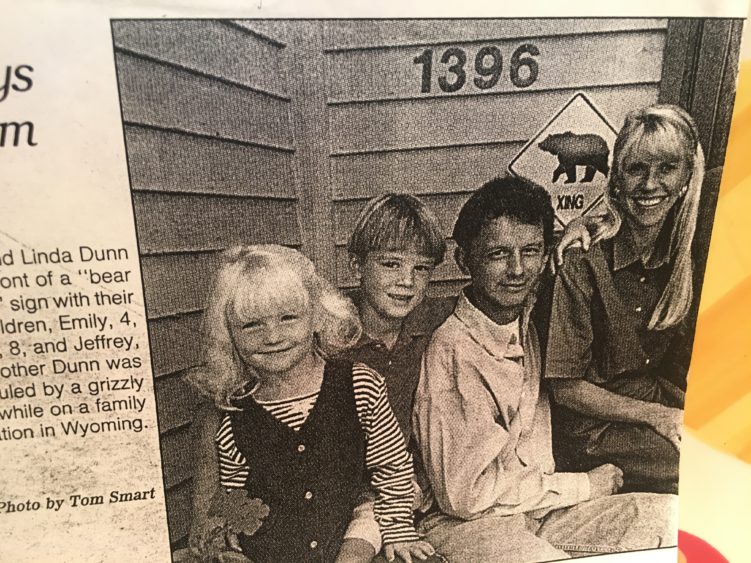 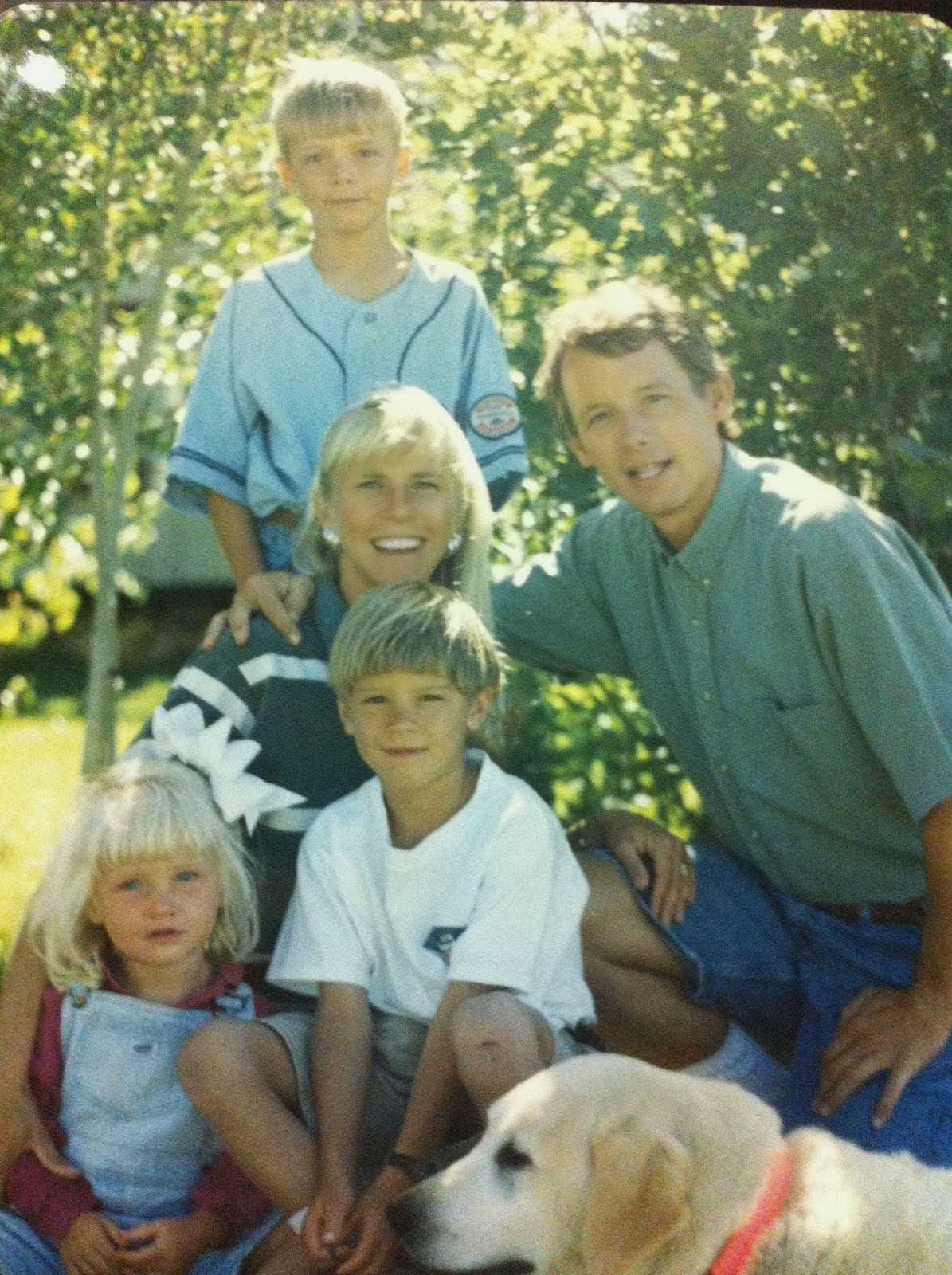 we celebrate this day every year on august 14th,
but this year my heart is especially full…on the 20th
anniversary, and a year that we can’t celebrate with
him since he now lives halfway across the world.
i am more grateful for him than ever! 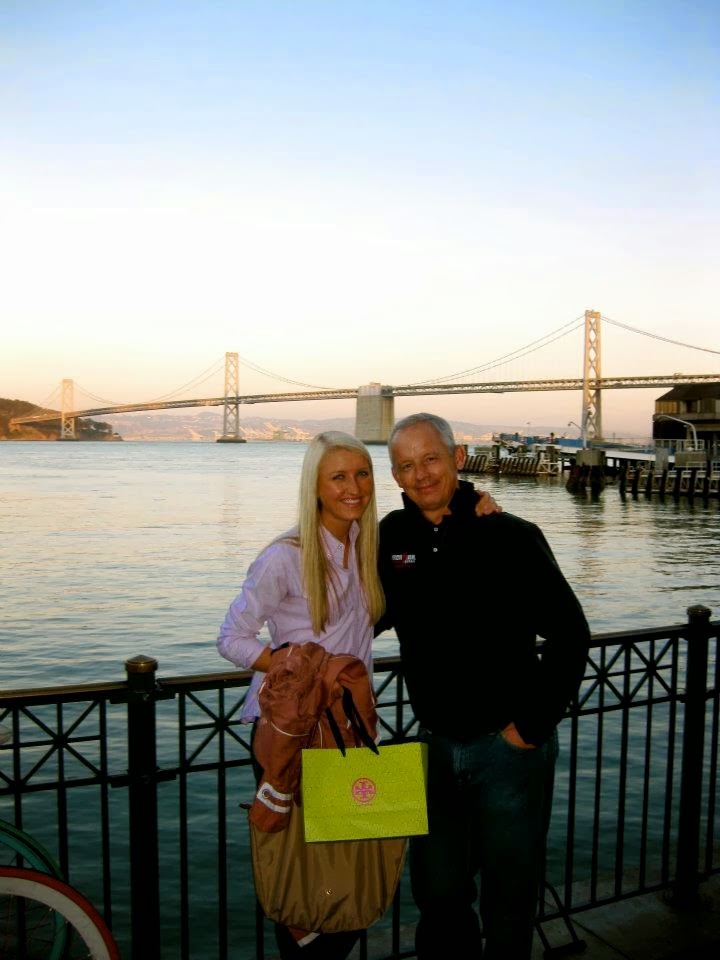 all i know is that i would have been the saddest 4 year old
and now 24 year old had we lost him that day. behind all
the news stories and punch lines in the bear story, it is
the most sacred story to me. i know he was supposed to
survive because of all the good he has done for this world,
for our family, for ME, for others, and for our church
ever since. he has gone on literally “lived to tell the tale,”
using the story not to brag about his own strength and
will to survive, but instead to tell about the miracles
he witnessed on this day. no one could tell this story
with more humility and it is so powerful to hear him
tell the story. 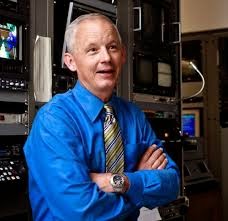 i’m teary just thinking about how different these
last 20 years could have been…not just for me, but
for our family, his many friends, clients, stake members,
and countless others– most poignantly the current
missionaries serving in the south africa mission!
i LOVE you dad, and celebrate your survival and
strength and humor and testimony and example.
also– thanks for not letting them put down the bear
that attacked you — because i know somewhere out there
in the wild, that bear is celebrating your life today too :) 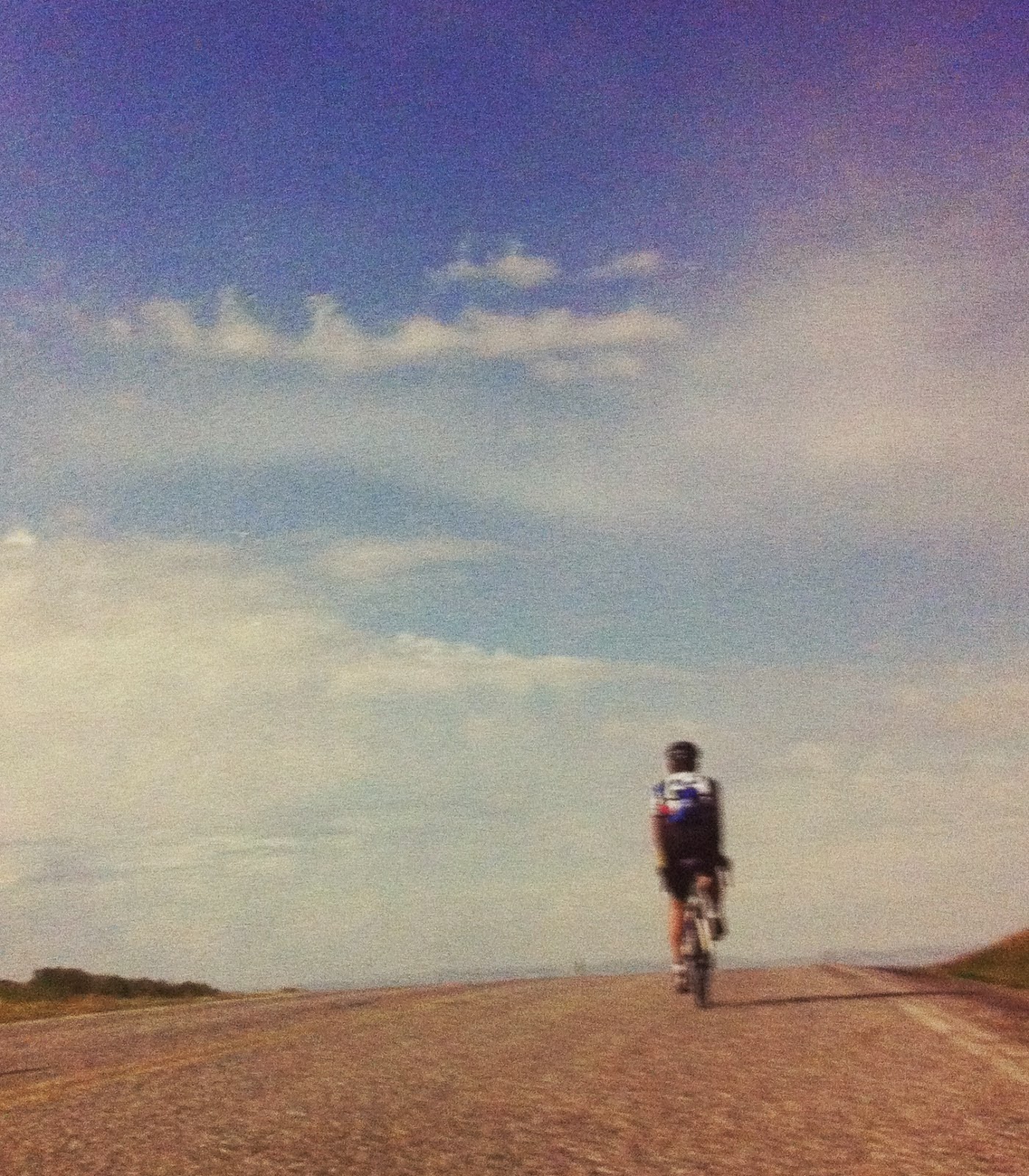