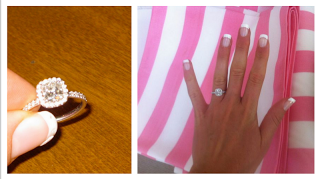 do you believe in miracles?
we do.
and we had an experience this week which made us believe in them even more.
after returning home from our honeymoon in june, we had one week to open all of our wedding gifts,
pack up our things, and move to california. needless to say it was a hectic week. the night after we got home,
we had a family party and opened all of our wedding gifts. it was a crazy night as we opened lots of presents,
there were honestly so many I couldn’t believe it! from custom bobbleheads which were hilarious,
little bits for our home, to some really nice jewellery/accessories for the both of us. I loved them all.
anyways, after that we wrote down lists of thank yous, and sorted them into piles to take with us, to store, or duplicates to return.
the day after this gathering, i noticed that my wedding ring was not on my ring holder…or on my hand! what a disaster! i remember an old friend of mine and her husband got each other some beautiful black and minimalistic rings for their wedding – which he ended up losing – and i was just praying that i wasn’t going to be as unlucky as them.
these are the only 2 places it would usually ever be, so i was shocked to not know where my favorite thing was.
in 8 months of having it during the engagement, that had never happened once. i thought i must have set it
somewhere in the house or somewhere as we had opened gifts or packed up. i was sure we would find it.
well, that week went by with all of our family members searching high & low for it. finally sunday came
when we had to move, and we left heartbroken and with a bare left hand. i still had hope that it would be
found, but as the days went on after we moved it seemed less & less likely. my cute parents searched every
night for it and my dad kept calling me with more and more questions about what i remembered. my parents
both looked through all the garbage, gifts, and everywhere they could. they would not stop looking!
meanwhile, chase had every excuse to be furious with me about it…but he was handling it so well.
instead of making me feel guilty about losing our most prized, special and expensive possession,
he just took it like a gentleman and made me realize that we still had our love which
was most important thing! we were just missing the symbol of it……..
well, exactly one month later on friday the 13th, that all changed.
the ring was found!
you won’t believe how:
the night that we had opened all of our gifts, i had somehow unknowingly taken off my ring
amidst all of the unwrapping and packing. everything was sorted into piles, and the ring was
with some items we returned to bed bath & beyond the next day…i had no idea as i made those
returns that my RING was inside the box with all the gifts! right at that moment, it could have been
gone forever. as they processed and restocked the returned items at bed bath & beyond the ring could
have fallen out, been taken by an employee or customer, or endless other possibilities. but instead,
it ended up inside of a mini cupcake tin which was restocked on the top shelf of the store. 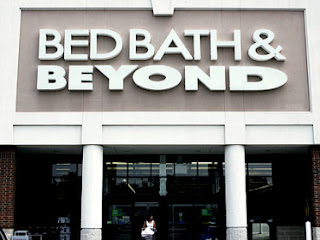 a few weeks later, a lady named jilda went to bed bath to get a mini muffin tin to make her son
some muffins he had asked her to make. as she chose her pan, she reached up to the highest level in
case they had any different sizes. she happened to grab the tin the ring was in…coincidence?
i don’t think so! she came home and discovered a diamond ring loose inside of the muffin tin.
she had no idea how it got there or what to do with it. 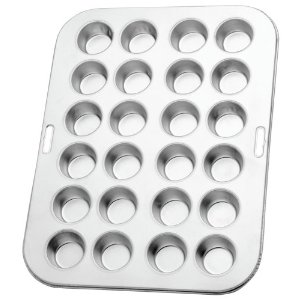 meanwhile, my dad had gone to have his hair cut by our family’s favorite hair stylist,
megan blanchard. she is our good family friend and does all of our hair…so she was asking
my dad about how we were, and he said great except for the sad loss of our ring. she had just
seen the ring when i was in to get my hair done before the wedding, so she knew what it looked like.
she asked him when we lost it, and he mentioned we had been opening wedding gifts at the time.
the next week, megan’s coworker jilda came into the salon and was talking about how
she had found this ring at bed bath & beyond and didn’t know what to do. she was having a jeweler
come into the salon that day to tell her the price in case she were to sell it since she had tried everything.
megan overheard this and remembered her conversation with my dad…she said that although it was a
longshot, she knew someone who had lost a wedding ring. she remembered we had been opening wedding
gifts, so she thought it might be possible that it was found at bed bath. as the jeweler arrived, megan called my
dad to check if we had ever found the ring. he said no, and she said that her coworker had found one that
looked like mine. the jeweler advised them to have my dad send a picture of the ring to them to identify it.
i was coming home from a tiring friday of work in LA when my dad called me and casually asked me to
send him a picture of the ring. i had no idea why, but we hung up and i sent him a picture. 5 minutes later my
hairstylist megan called me out of the blue and gave me the best news I’ve ever heard in my life- she said,
“emi this is megan blanchard…i have your wedding ring! your dad is on his way down to get it right now!”
obviously i was in shock! i had zero context, but I started crying from happiness the second she told me…
i really hoped i wasn’t dreaming! later i got the entire story and we put it all together. we have gone over it
hundreds of times since and still can’t get over it. the ring is now safe and sound at home in salt lake city,
and we will be coming home to visit in 2 weeks so I can get it back on my finger then. i am so excited to have
it back and in SUCH DISBELIEF at the series of events which came together and got my ring back to me.
this story is such a miracle and it makes the ring even more special to us—
we will tell this to our children and grandchildren forever!
thank you to all of our family for looking for this ring and having hope that it would be found.
thank you to jilda for being in the right place at the right time and for being honest. thank you to megan
for being observant and connecting the dots for all of us! thank you to oc tanner for the
greatest customer service and for trying to help us find a replacement in the meantime.
lastly thank you to my sweet dad who was the person who looked the most for this ring. he wanted it to be found
so badly, and if he hadn’t mentioned it to megan and been all over it when she called on that lucky friday the 13th
(driving down to the salon at 80 mph to get it) we would never have gotten it back. i love you dad!
and of course–thank you to the Big Man upstairs for proving more than ever that He truly is involved in the
details of our lives and can make the most unlikely things happen! what a sweet reminder of the fact that
our prayers are heard, no matter how small our problems are. if it’s important to us, it’s important to Him!
there’s no way to deny that after this experience! 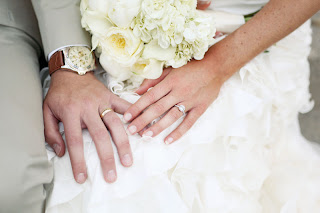 these two will be happy to be reunited!
Xo

ps…just got this video of cute jilda that my dad took when he picked up the ring!